How to make a cocktail: The Hanky-Panky

The Hanky-Panky cocktail was created by Ada Coleman, only the second bartender to take the coveted Head Bartender position at the Savoy Hotel's famous American Bar. For the cocktail historians amongst you, she mentored the legendary Harry Craddock before he took over her position. Essentially the drink is a sweet Martini, but with the added kick of Fernet Branca, an Italian digestivo long heralded by bartenders for its stomach-settling properties. 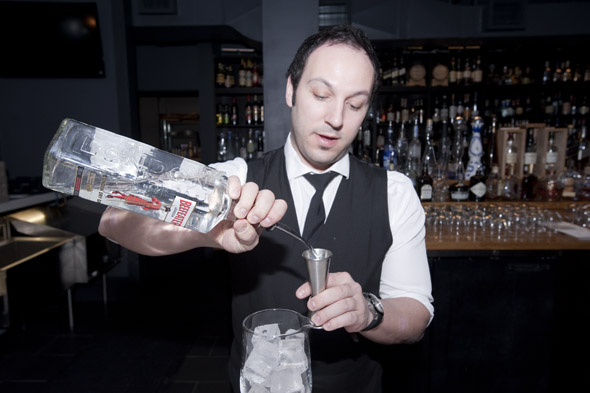 Female bartenders are a common sight in modern Toronto, but when we imagine the classic cocktail bars of years gone by, it conjures up images of a male-dominated profession, working with ingredients developed by men, to be drunk by men. As it would happen, Fernet Branca was purportedly concocted by another lady, Maria Scala Branca, around 60 years previous.

Using 27 different ingredients from around the globe, the drink was developed as an apparent remedy for women. Its incredibly distinctive taste (like a bitter amaro, but with powerful notes of mint), however, precluded it finding common use in cocktail production, up until Ada came in. 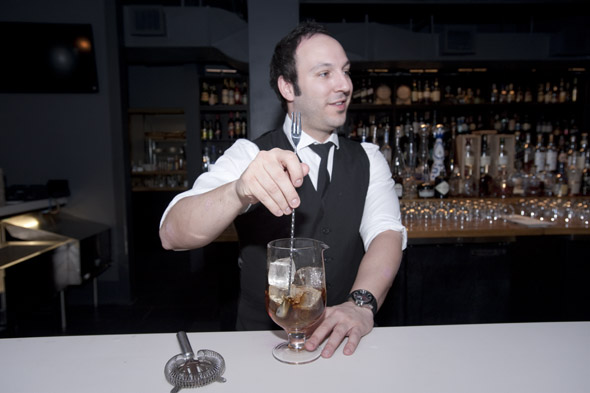 Though Fernet itself is already barrel-aged for a year (in barrels that could fit a small car), Toronto's SpiritHouse is currently working on barrel-aging a pre-mixed version of the Hanky-Panky cocktail, to be bottled and chilled for on-site consumption, in line with the current program of maturing drinks in-house. An 8oz cocktail will be served in a sealed wax bottle with a couple of glasses for sharing, and will sell for between $45-$65, depending on the drink inside.

SpiritHouse, an adjunct of the Toronto Institute of Bartending, lies hidden away from the bustling throngs of King West at Portland. Designed as a bartender's dream, they boast a bar with space for the swinging of several cats, and even a selection of ice to work with. It all makes for a great place to make a drink, and recently hosted the Canadian heat for the Angostura Cocktail Challenge, as mentioned here. 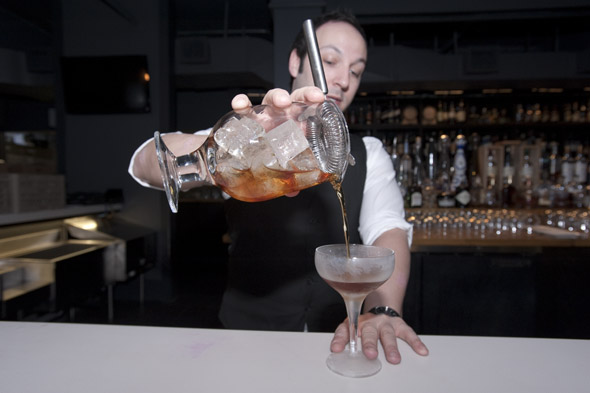 Bar Manager Brad Gubbins explains that the aging process for the Hanky-Panky is still underway, but is eager for us to try the original cocktail as freshly-made. Starting with a footed mixing glass, Brad first adds ice, then a couple of dashes of Angostura Orange Bitters, which deviates from the original recipe somewhat, but tempers the Fernet.

Combining equal parts Beefeater gin with Cinzano Rosso vermouth (chosen for the freshness it imparts), a single barspoon of Fernet Branca is added before stirring the mix for twenty seconds. Everything is strained into a cocktail glass procured from the freezer, then garnished with an orange zest. Delicious!

For a more Toronto-centric take on a Fernet Branca cocktail, try the fantastically-named Toronto cocktail. 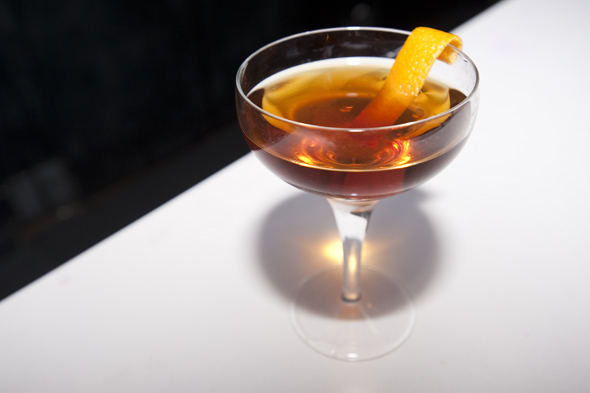