Does Kensington fishmonger have a rat problem?

In a possible preview of "next week on DineSafe," a local redditor appears to have snapped an, um, unappetizing photo (see below) of New Seaway Fish Market. Yep, those would be rats.

The thread, which appeared on the Toronto sub-reddit yesterday has sparked the type of conversation that always seems to come up when these little guys are spotted at a Chinatown or Kensington Market establishment: is the presence of vermin just par for the course for neighbourhoods whose streets are lined with produce or does a sighting like this indicate gross neglect on the part of the individual business owner?

The individual who posted the photo claims to have informed Toronto Public Health of the issue, so stay tuned to see how the store performs on its next inspection. They've had some issues with DineSafe in the past, but nothing on this level. 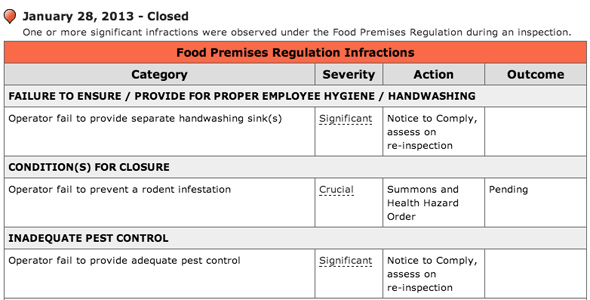 This probably won't surprise anyone, but lo and behold, New Seaway has been shut down by Toronto Public Health. If the photo wasn't enough to convince you, here's a portion of the DineSafe report.

The Toronto Star also has a full write-up on the closure. 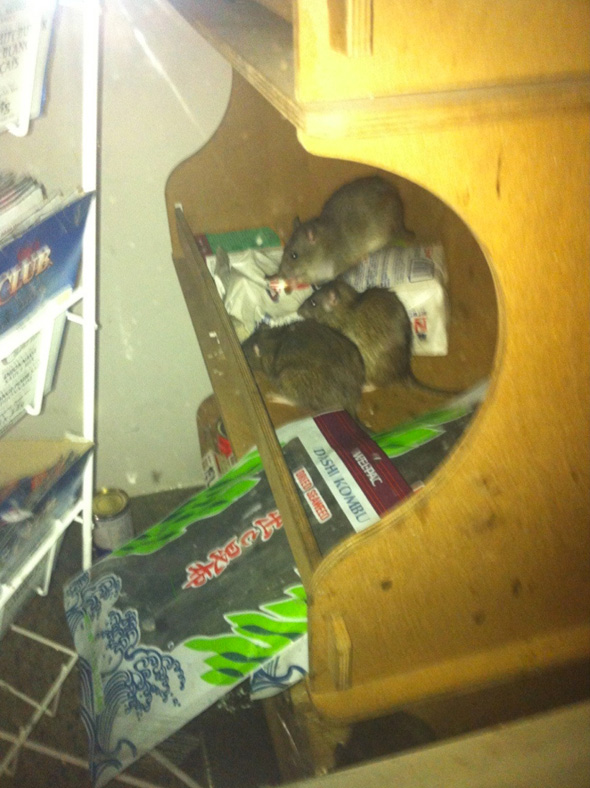