Started out of an apartment kitchen back in 2008, Toronto-based beverage company Tonica has humble roots, to be sure â but you wouldn't know that based on the size of the operation today. Originally called the Fairy's Tonic, founder Zoey Shamai started brewing small batches of kombucha (a fermented tea drink with natural enzymes that aid digestion and cleanse the liver) after first trying it during a stint in New Mexico where it was popular amongst the yoga community with whom she was living at the time.

"Everyone was making it down there," she recalls. "But when I returned to Toronto, it wasn't really available. So I started making it myself." While those early batches don't compare to the decidedly more palatable versions her company now produces, they were enough to generate interest amongst her yoga students and eventually some local health food stores. At the time Shamai was brewing around four gallons of her tonic a week.

Fast forward to 2012, and Tonica is churning out 500 cases of kombucha a week for sale in some 300 stores across the country, including major retailers like Whole Foods, Pusateri's and McEwan. What started as a niche product with appeal to a New Age-type customer base (you know, the folks who still have Enya on their playlists) is now legitimately marketed as an alternative to popular soft drinks. 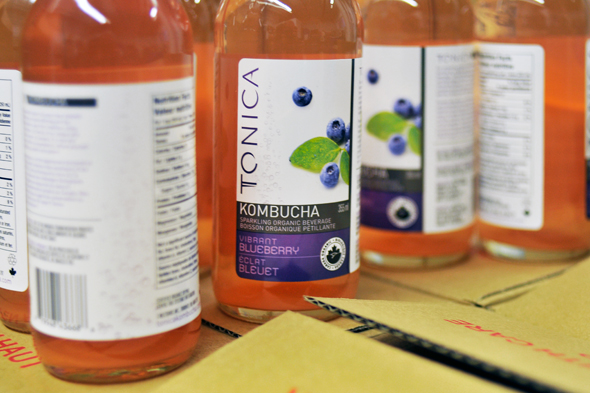 The company's growth can be tied to two developments: 1) the acquisition of west coast distribution back in 2009 and 2) a total rebrand in 2011 that aimed to target the product to a more diverse audience. Bye-bye fairies, hello Tonica â a word which sounds both old fashioned and futuristic all at once, which makes sense given the history of kombucha (it's reported to be thousands of years old) and its contemporary manifestation as a mainstream health beverage.

Now operating out of a pristine-looking facility near Queen and Dufferin, the next challenge the company faces will come in the form of an appearance on Dragon's Den, the popular CBC show in which entrepreneurs pitch their ideas to money-hungry investors with an eye for the next big thing.

Although Shamai couldn't disclose whether she was able to interest the so-called dragons in a deal prior to tonight's airing of the episode in which her company is featured, she had a few intriguing things to say about the process of pitching for the show. "It's really beneficial to do the preparation," she explains. "Regardless of the end result, just sitting down and combing through your numbers to put together a pitch is an eye-opening process, and one that I might not have done as carefully if I wasn't going on the show." 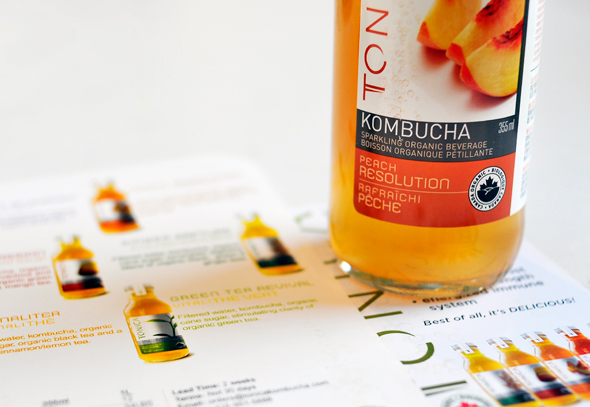 As for what it's like to interact with these would-be investors in a television studio rather than a boardroom, she admits that there's a certain theatricality that's promoted by the producers of the show, which is also evident in the way that each investor plays up his or her character-traits. "But if you have a legitimate business and you've done your homework," she notes, "they're less harsh than they might appear on the show itself."

Above all else, Shamai believes the show is valuable for the purposes of exposure. "For products that aren't mainstream, it's a great way to garner attention and connect with potential customers without having to set aside a major advertising budget." For a company looking to get its product on the shelves of the country's most popular grocery stores, a little time on the television screen might prove invaluable. And that's not to mention the money that's on the table from Kevin O'Leary & Co.

Find out how Tonica is received by the dragons tonight at 8:00 p.m. on the CBC