Toronto's food trucks are dishing out lobster, tacos and pulled pork. But where do you begin when you're pressed for time on your lunch hour? Fortunately, Food Truck Eats has made the decision process a little easier with their inaugural AwesTRUCK awards ceremony.

The event held at the Evergreen Brickworks showcased eight finalists. And while each one is a great addition to Toronto curbside cuisine, it was surprising that a few notable vendors like Buster's Sea Cove, Gourmet B1tches and Caplansky's were missing from the roundup. 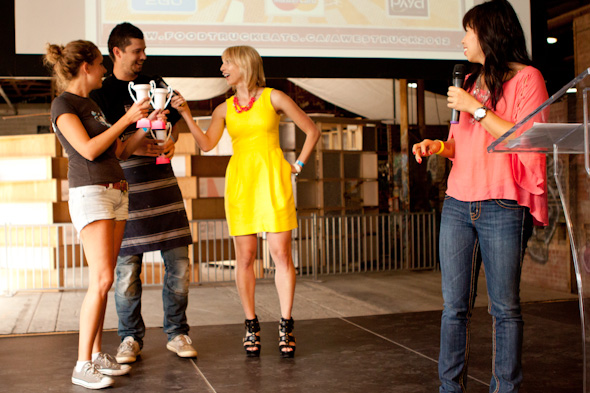 The awards ceremony itself, hosted by Eat St's James Cunningham, was a chance to pay a little credit to vendors who have struggled to bring their food to the streets--genuine tears were shed, and the winners' general speechlessness kept the speeches under a minute long. The trophies were awarded in seven categories, and yes, there was one fairly clear winner throughout the night. 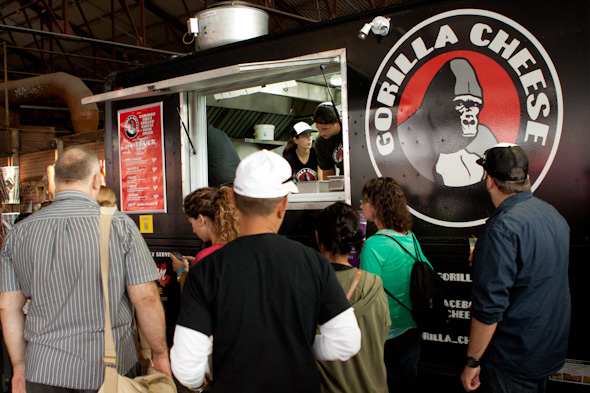 Best Concept
Awarded to the truck with an original idea and best execution of their final concept.

The winner: El Gastronomo Vagabundo, also recognized as the first truck in Canada to bring gourmet food to the streets.

Best Graphics
The truck that draws you in before you even catch sight of their menu board.

The winner: The aqua blue colour and signature, cartoonish donkey helped Blue Donkey walk away with this one. 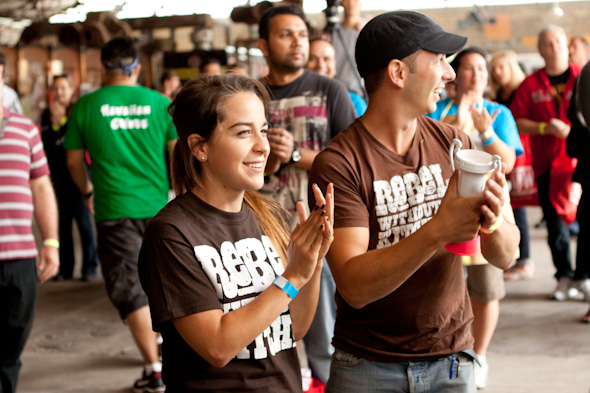 Best New Food Truck
Awarded to the newbie on the block who deserves a little recognition.

The winner: Dobro Jesti. The risotto balls this truck serves were being talked about all through the event. 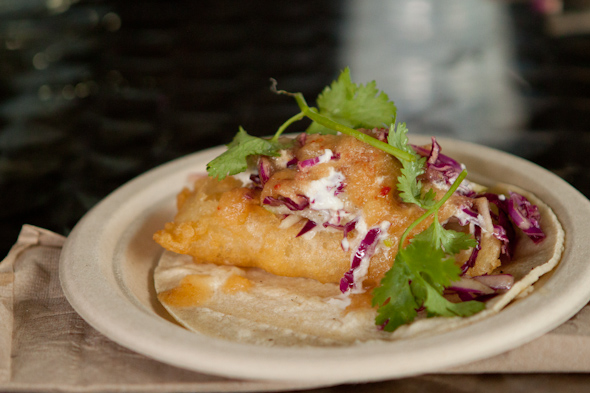 The Road Warrior
Awarded to the truck owner who has paved the way for new food trucks to start up in the city.

The winner: El Gastronomo Vagabundo, the first gourmet truck and at two years, has been operational throughout the city the longest. 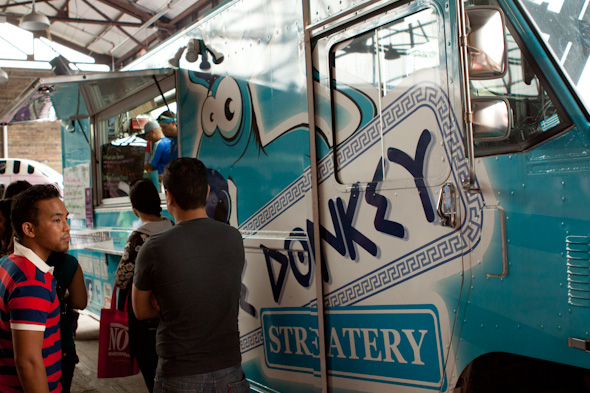 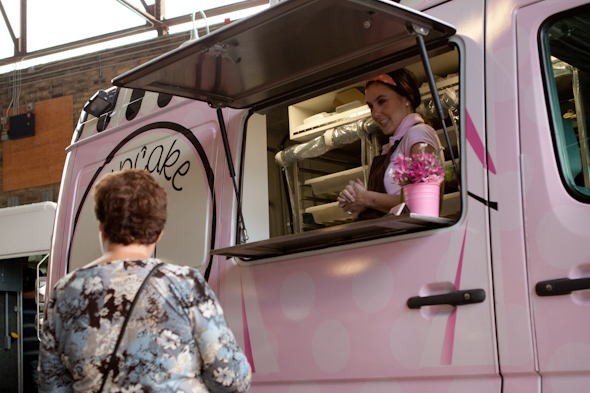 Fidel Gastro's is bringing a food revolution to Toronto, one extreme sandwich at a time--like the Toronto Cheesesteak, a medium rare, rib-eye finished with caramelized onions, Havarti cheese and a fried egg. And best of all, he now has a food truck.

Best Menu Item
The one dish that Torontonians want more of.

The winner: El Gastronomo Vagabuno made its third trip to the podium for their sweet and spicy tacos. 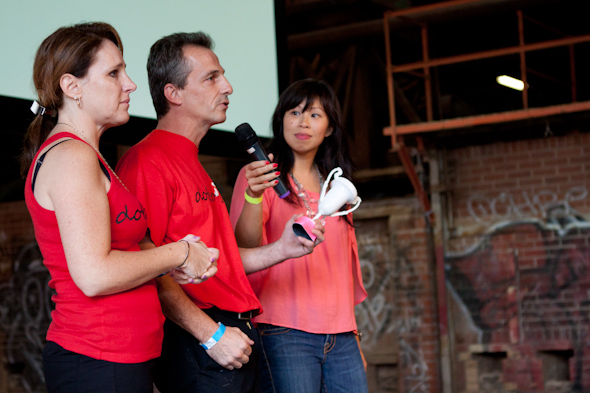 The People's Choice
Voted on by customers and food truck fans as their personal favourites.

The winner: Gorilla Cheese, this crew drive in their truck from Hamilton to serve up a lunchtime staple--the grilled cheese sandwich. 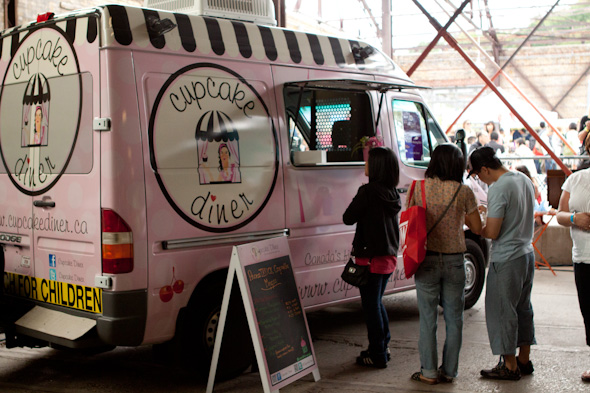 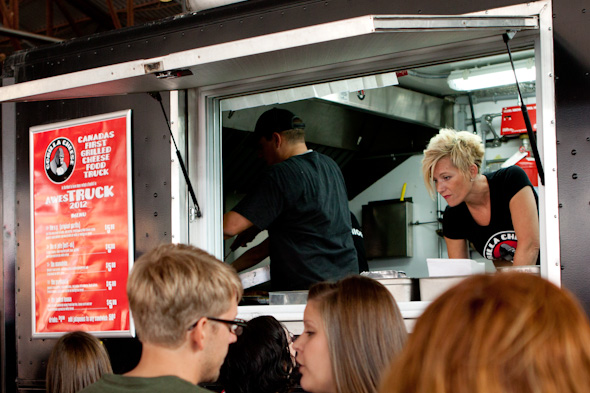 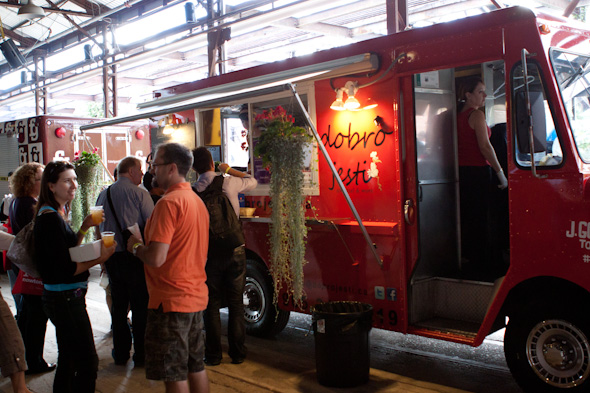