The John Street farmers' market has been drawing a few vendors each Saturday in its first season, but its organizers have big aspirations for the little market. Mark Mann says he wants it to grow into an art market, where local artists can display and sell their work. Mann has reached out to artists at CAMH and L'Arche, an organization for people with developmental disabilities. He's a member of L'Arche himself, and Mann says he aims to help artists who have less access to exposure.

Shoppers can check out the small selection of local art and buy the local products of farmers who frequent Grange Park at 197 John St. each Saturday between 9am and 2pm. In 2012, the market runs until November 3rd.

Here are some highlights from the John St. Farmer's Market.

Parlor Room CafĂŠ & Art Market
A market within a market, these tables aim to expand into a major venue for local artists to sell their work. Also for sale is organic, fair trade coffee and tea and scrumptious baked goods. 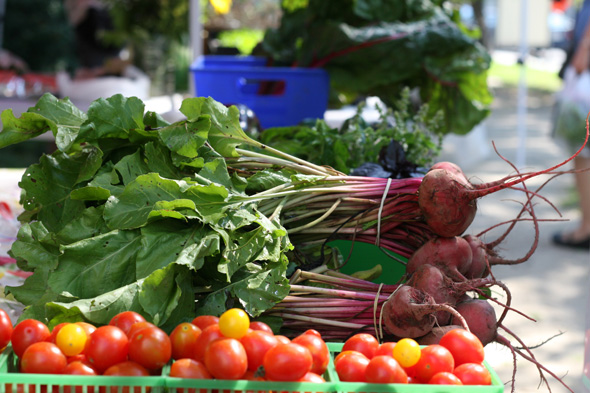 Pete's Fresh Organics
Here, you'll find a selection of fresh local greens and other vegetables including eggplant, beets, a bundle of swiss chard for $3 and scotch bonnet. The callaloo and summer squash at $1 each were sold out on this visit.

Fresh City Farms
Fresh City Farms is based out of Downsview Park where it operates a farm and greenhouse. Members of this urban farming co-op can sell their produce independently at markets around the city. Robert Battistella says he often comes to the John St. to sell his in-season produce. Visitors can buy sunflower shoots, baby mustard greens, rainbow chard and sprouted wheat among his city-grown fare. 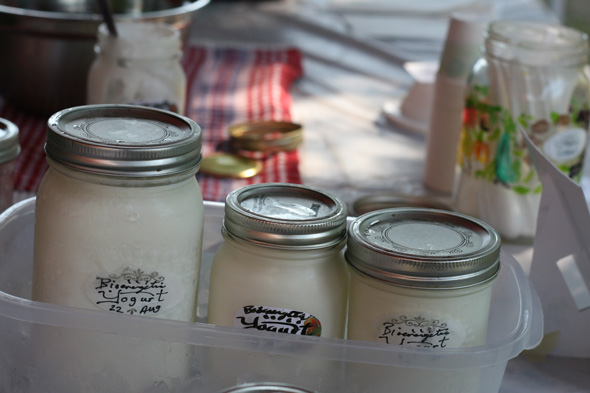 Bioenergetic Yogurt Co.
The Toronto makers of bioenergetics yogurt claim it has healthy, energizing properties because it's cultivated in a pyramid. Try a sample topped with one of their fruit compotes in flavours such as strawberry and raspberry or pick up a half-litre of the yogurt for $5. 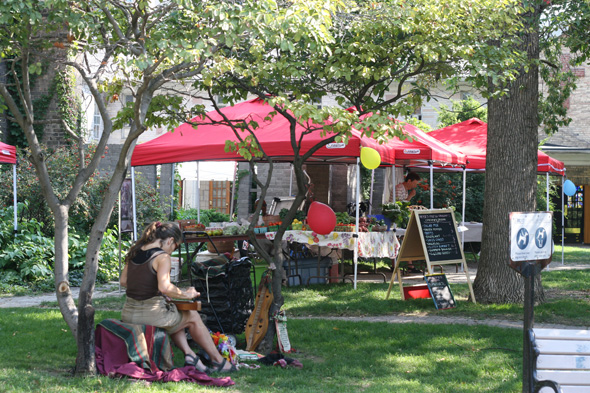 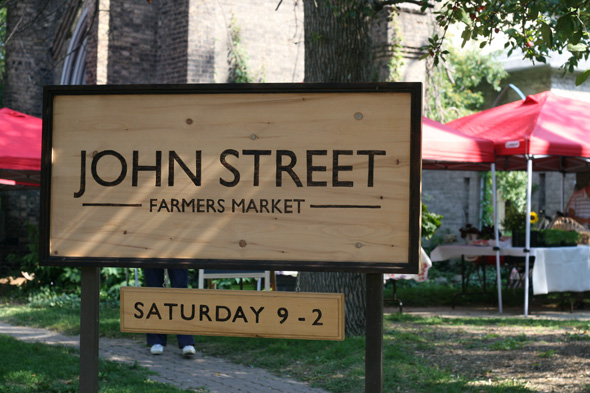 Writing and photos by Lindsay Jolivet