Stratus is about as high profile as Ontario wineries get. And for good reason — not only is the winery a gorgeous and energy efficient facility, but the wines being produced here have few rivals in the Niagara region. There are detractors, of course, most of whom cite the ambitious pricing of the wines as their chief criticism — "I could buy a Brunello for that price!" — but as is the case at Hidden Bench, Le Clos Jordanne and other quality-driven local wineries, strict value for your dollar isn't really what you should be looking for from these wines (stick to the Languedoc or Douro Valley if you're after that).

Founded in 2000 by David Feldberg, the winery's rise to prominence has been a quick one due in large part to the work of J-L Groux, an award-winning winemaker who left Hillebrand and his Trius brand to take over at Stratus. While there are plenty of single varietals offered in a given year, the marquee wines here are the annual white and red blends, which show off Groux skills with the art of assemblage, which basically means expert blending of different varietals to create a wine that's more than the sum of its parts. 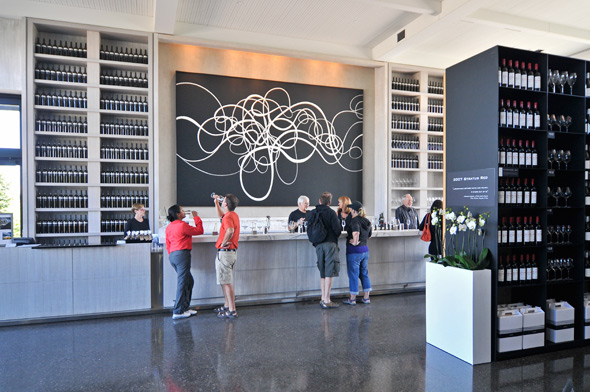 Stratus is, in a word, slick. But it's more than that, too. The first winery to receive LEED certification in Canada, the geothermal heating system and use of gravity-flow winemaking techniques ensures that the whole operation is energy-friendly. The building, constructed in part with recycled materials, bears that type of design polish that makes you feel important just by setting foot in the door. In fact, the whole thing could be a little intimidating if it wasn't for the fact that, in my experience, the staff are friendly and accommodating. 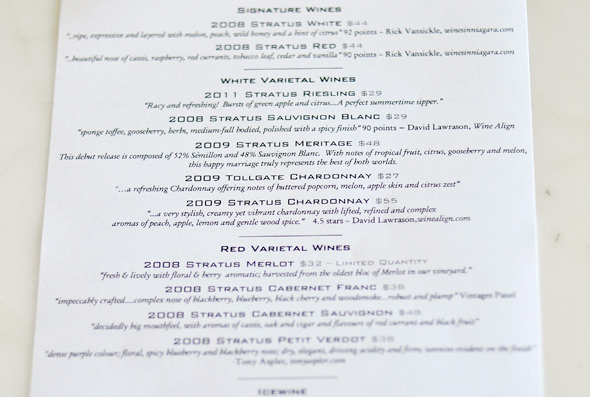 A flight of four wines will cost you $10 (waived with a six bottle purchase), but here I would strongly suggest making advance arrangements to take a guided tour of the winery. These cost $20 and conclude with a standard tasting. Given how interesting the facility is, the extra $10 is money well spent. It's always nice to get into the winery itself (especially at harvest time) as there's much to learn about a given producer based on the nuances of the winemaking process. 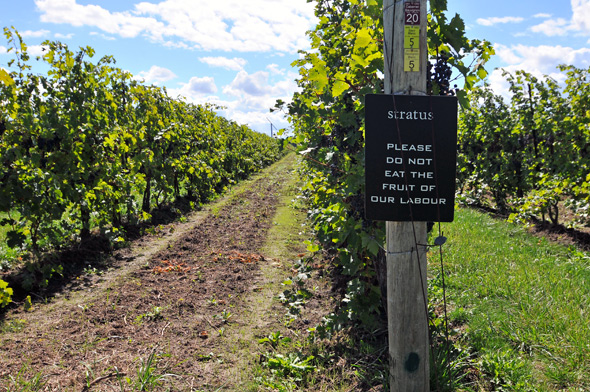 On my last visit, I kept things simple by tasting subsequent vintages (2007 and 2008) of the white and red blends. If you've never tried the wine before, it might make sense to go for a bit more variety, but I find the that the practice of comparing vintages is typically more interesting than running through a wide variety of wines. And given that these are Stratus's signature offerings, I wasn't that bummed out about skipping the 2008 Petit Verdot, which had me at least a little curious. 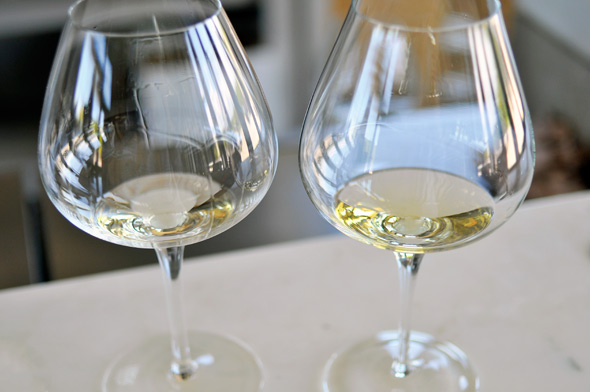 If you bracket the price, it's easy to come right out and say that Stratus makes excellent wines. The red blend from both 2007 and 2008 is elegantly textured, age-worthy, and defined by an underlying core of cassis and other dark fruits. If there's an obvious difference between the two, it's that the younger wine offers a bit more fruit while its older sibling has more obvious pepper and cedar notes. Given how dissimilar the assemblage was for the 2007 and 2008 white, it's a cinch to spot the differences between them. The younger wine has far more Chardonnay in the blend (38 per cent), and its buttery characteristics come to the fore until a lively acidity takes over on the finish.

Are these $44 wines? Well, yes. Can you do better for the money? Yes, too. But, these are wines of considerable pedigree, and you're not going to find a whole lot that's better in Ontario. 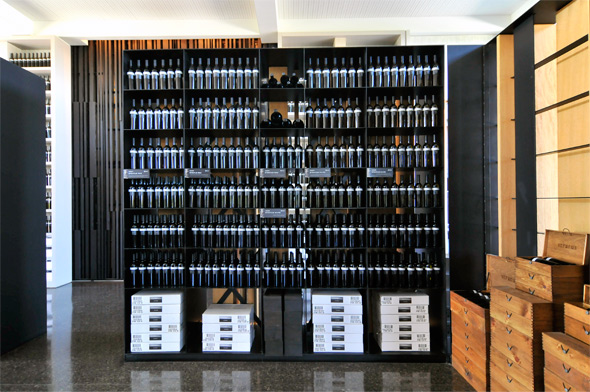 Availability: Direct from the winery, numerous restaurants, and in limited runs at Vintages

Take the QEW southwest to Glendale Avenue (30 minutes beyond Hamilton). Head north on Glendale briefly before making a left on York Road/Highway 81. Take your next right onto Airport road and resume heading north. In about a kilometre Airport Road hits Niagara Stone Road, on which you take a right. You'll find the winery on your right about 15 minutes down this road at 2059. 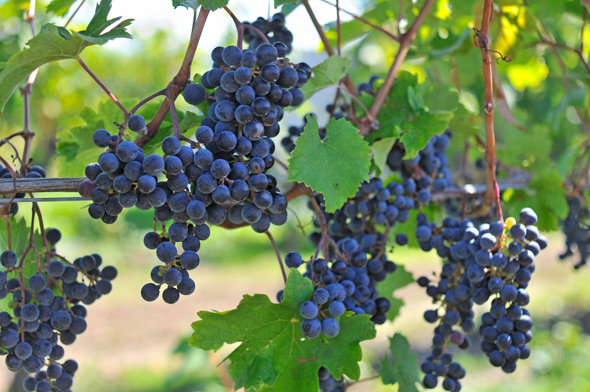