If you missed any of Toronto's biggest summer festivals, the International Street Festival paid close attention and can bring you up to speed. This weekend-long event held at Eglinton West and Oakwood was more cover than original hit, pulling inspiration from big events like Caribana and Salsa on St.Clair. But it's still worth considering for a few reasons.

New Tastes That Don't Include Bacon
A bacon-layered-Nutella sandwich is probably a new taste for most, although I'm not 100 percent sure it should be. The CNE's taboo food creations were missing, but this fest offered more than one-hit wonders.

Like the fresh-fruit Cholaos, a sweet drink that is part snow cone, part smoothie. A plastic cup is filled with shaved ice, then drizzled with tropical syrups, and finished off with condensed milk, fresh fruit and a sprinkling of Milo chocolate powder. But it doesn't end there. It's topped with slices of crunchy apples, so you get a snack-fix while you hydrate.

This Columbian drink evolves as you drink it down. My first sip was a tart hit of mango, but as I mixed up the condensed milk with the Milo powder it took on a custardy taste. And even with the glut of fruit there isn't a chance that your left ventricle might slam shut. My Cholaos had heads turning, but I have a special spot in my heart for paper umbrellas floating in tropical drinks. The Pineapple King came closest, serving up coconut juice and pineapple smoothies straight from their fruit shells ($5). 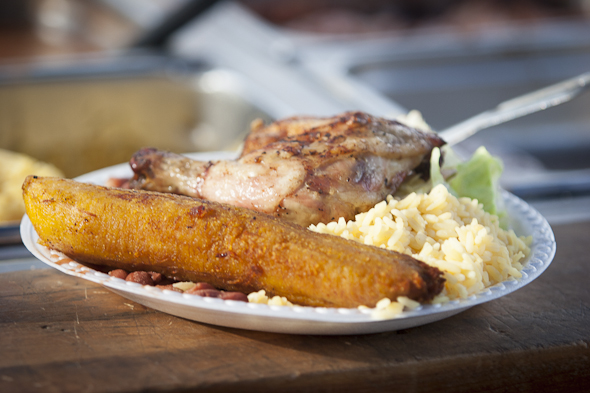 I have to admit, there was a lot of fruit floating around. The closest, out-of-the-box fried-food creation I discovered was a fried plantain ($6). No gimmicks. The dish was literally just a plantain, about the length of a forearm, that was fried. When I asked about toppings, I was told that sometimes it comes topped with cheese, but my vendor reassured me that mine would taste just fine plain. I'm a cheese addict, so I would have loved to try it. Even deep-fried, it still tasted healthy. The starchiness left me full, and its natural sweetness was like biting into warm banana chips. 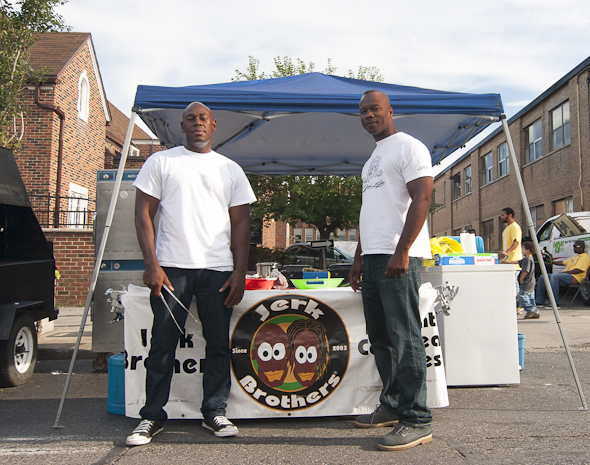 No Sticker Shock
Total cost to get in? Zero. With no entry fee and most dishes ringing in at $5 or less, this event was a bargain. Alongside their fruit cocktails, Pineapple King offered guests three take-away favourites ($5). There was a lot to choose from including sweet and sour pork, pineapple-fried rice, chicken dumplings and lemon chicken. And the Jerk Brothers served up platters of tender chicken thighs, seasoned with a sweet and heat-packed sauce over rice, beans and coleslaw, again just $5. 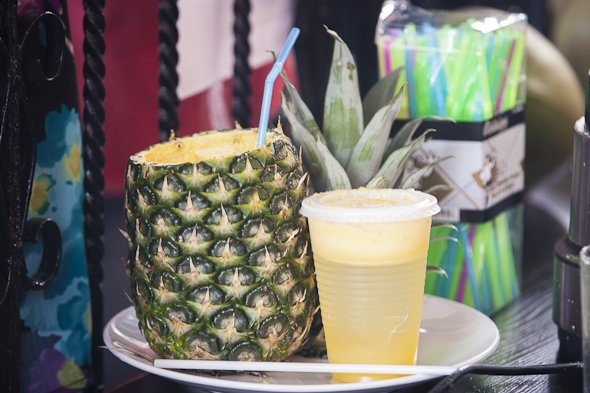 Greatest Hits
Of course no fest is complete until it covers its kid and kid-at-heart bases. This one featured the usual carnival rides, face painting, and my personal favourite: the What-a-Ball. A chance to step into a gigantic, plastic hamster ball and walk on water ($10 for 15 minutes). 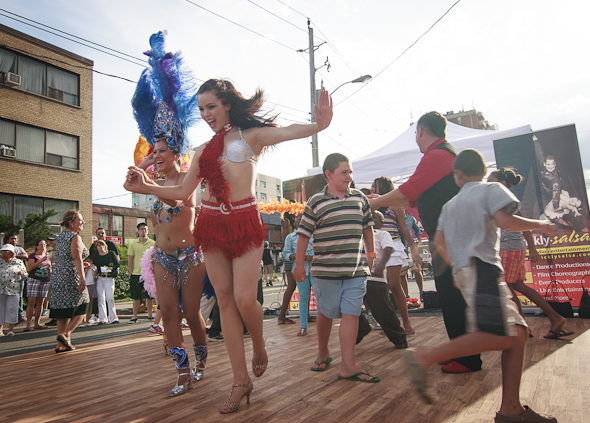 The salsa dancing, on a street-wide, wooden dance floor definitely had a Salsa on St.Clair vibe, except that the dance instructors were all outfitted in colourful Caribana costumes. I have trouble walking in a straight line, so I passed on the samba. But anyone willing to toe the dance floor lucked out, picking up simple moves from the instructors and tearing up the hardwood within minutes.

Finally there are the understated perks about visiting the festival less traveled. Few crowds meant I didn't get elbowed, stepped on, or shoved once. There were no snaking lineup or long waits. And there's something fun about skipping down the middle of a usually traffic-logged Eglinton West; it's the little things folks. Overall, the International Street Festival is a cherry pick of bigger events, but it works. It's a great snapshot of Toronto's summer offerings if you're short on time or just looking to relive the highlights. 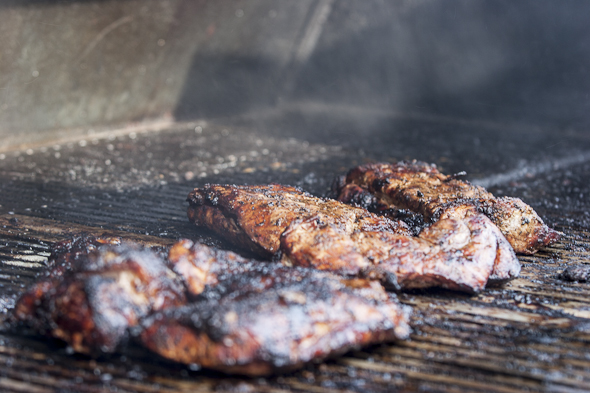 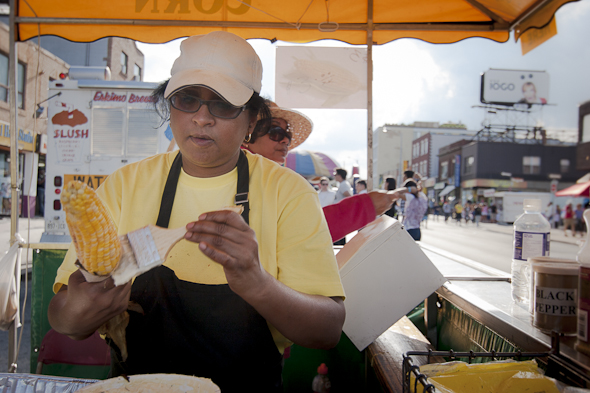