The farmers' market in Liberty Village

The Liberty Village Farmer's Market overtakes the parking lot near Hanna Avenue each Sunday between 9 a.m. and 2 p.m. with a variety of farmers selling everything from tincture to watermelon. The MyMarket-operated event runs from early June until later October each year. Here are some of the key vendors to check out at this market.: 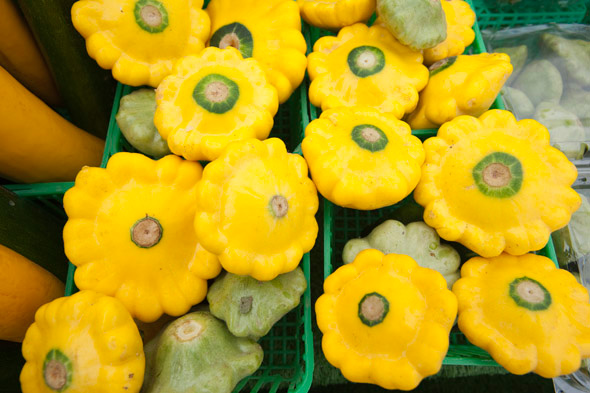 Bosco Farms
The Waterford-based seller has a wide selection of produce displayed across several tables. There are carrots, white onion, and butternut squash at 5 for $10. But the most popular items, according to the farmers, were the heirloom tomatoes for $5 a basket. 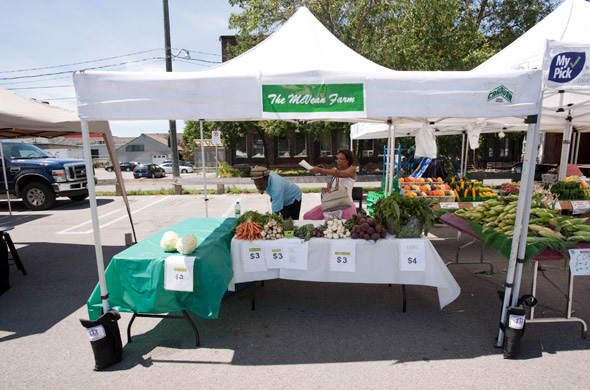 FarmStart McVean
Annette Harrison's vendor stand might have been small but it's packed full of colourful vegetables. Harrison is an urban farmer out of Brampton's McVean co-op who sells veggies such as carrots, callaloo, cabbage at $1.50 and beets. 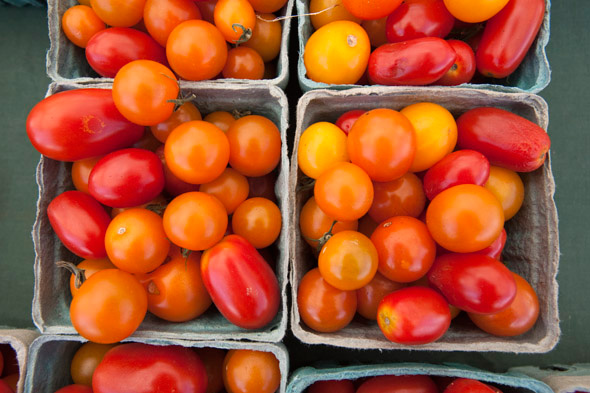 VanHart Farm
Visitors to the Holland-Marsh based farmers' table in late August were greeted with rows and rows of orange, red, and yellow organic cherry tomatoes for $5 a basket, heirloom tomatoes at $10 a basket, and yet more tomatoes in larger varieties among their other vegetables. 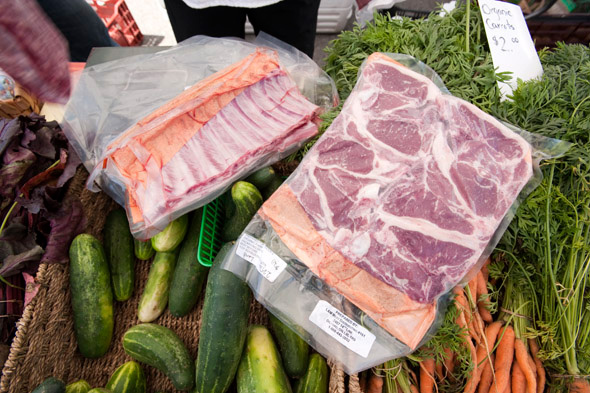 Belanger Organic Farm
A family farm based out of Hillsdale, Ontario, the Belanger's say they are the only meat vendor to frequent the Liberty Village Market. They're most popular for their lamb, priced from $9 to $16 depending on the cut, and their braided garlic. They sell veggies to round out your meal too, including carrots and beats. 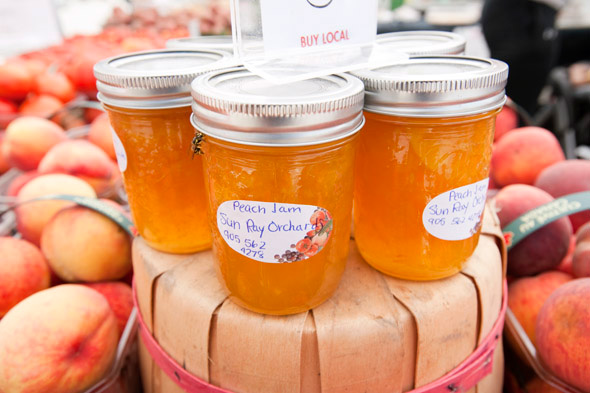 Sun-Ray Orchards
This bustling stand had shoppers lining up to buy peach baskets and snapping up jars of jam. The Beamsville farmers also sell a variety of baked goods including fruity pies and muffins. 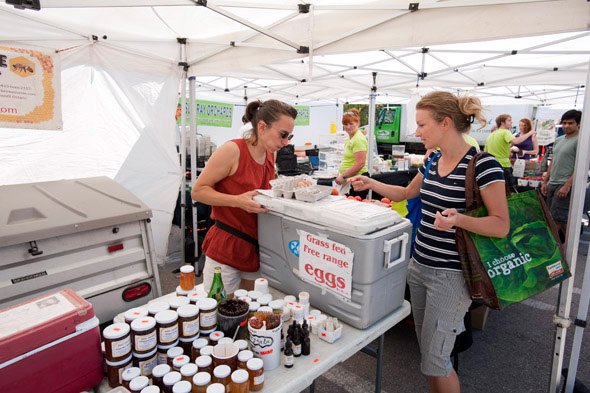 Bees' Universe
Beekeepers Irina and Ion Alecu sell honey, but their bee product line doesn't stop there. Pollen, skin cream and bee venom are part of the long list of bee products available from their Bee universe in Innisfil, Ontario. 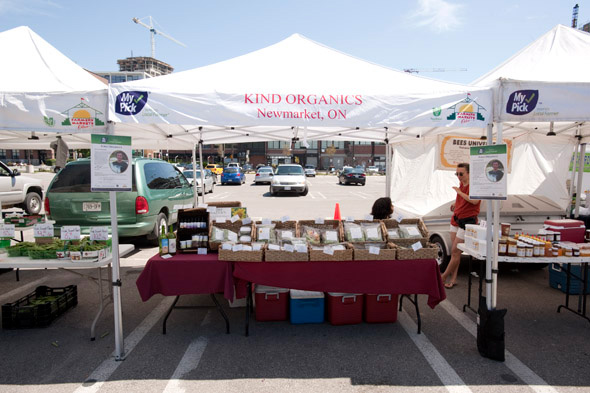 Kind Organics
Salads get a makeover at Kind Organics with an array of sprouts and salad greens. The popular Cosmic Salad Blend for $6 includes edible flowers. The Newmarket farmers have recently added tinctures and other items to their product list, such as Green Tea Kombucha, which is supposed to help with digestion. 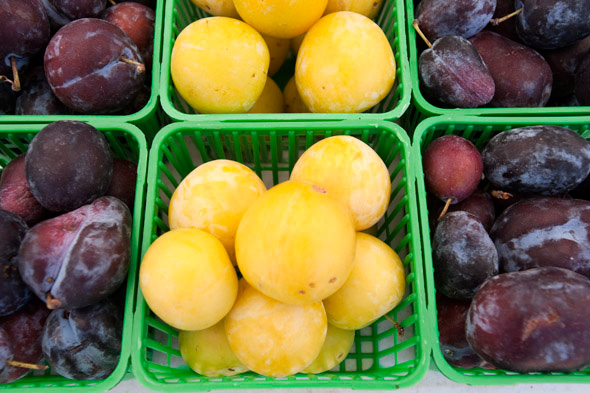 O.K. Farms
You can spot this stand at several markets across the city on any given week, selling the produce from their orchard and farm in Waterford. Their products include strawberries, prunes and apples at $4 a quart along with small white potatoes and peas. 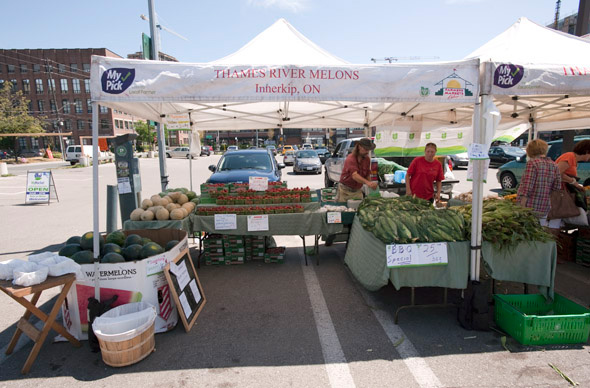 Thames River Melons
Customers happily knock on watermelons and cantaloupe at the Thames River Melons stand, taking home a Sangria watermelon for $7 or a muskmelon at 2 for $9. The vendors' Innerkip farm also produces honey from its beehives, fruit, and a variety of vegetables.