Torontonians are falling in love with food on wheels- even if the city's pesky bylaws make it hard. Fortunately the CNE doesn't seem phased by all the red tape. They opened their gates this past weekend for an official Food Truck Frenzy. Here's a list of 10 dishes that stood out from the rest.

Stuft
Hot dog doesn't seem like the right label for such gourmet offerings. A Stuft sausage ($8) is made from restaurant-style dishes like pineapple fennel pork or spinach feta lamb. And instead of ketchup, they're topped with exotic sauces like wasabi Dijon mustard.

Urban Smoke
Urban Smoke is known for their barbeque, but this dessert is the definite standout: A mascarpone, grilled cheese sandwich that's layered with gooey Nutella and served on warm Texas egg bread, at a price you can't refuse: $4.

Blue Donkey Streatery
Who doesn't love a great tribute show? The calamari with ouzo-infused mayo ($9) serves up two of Greece's culinary staples on a plate. 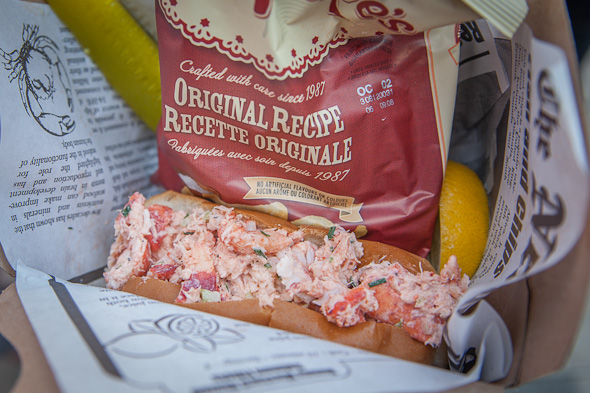 Buster's Sea Cove
The next time your craving for crustaceans hits, this lobster roll will be waiting. At $13, this sandwich has fresh Nova Scotia lobster with a summery dressing made from mayo, celery, lemon and chives.

Hogtown Smoke
Even on a sweltering day, comfort food can hit the spot. If you like nibbling on appetizers and sampling, the trio of sides has root beer baked beans, buttery corn bread and traditional slaw ($10).

Fidel Gastro
If you had to endure summer camp and its messy, fall-in-your-lap Sloppy Joes, you'll breathe a sigh of relief when taking a bite out of this sandwich. Made from tender brisket and smothered in a tangy barbeque sauce, it's more inspired by southern barbeque than camp.

Tornado Potato
Sometimes food just tastes better because it's fun. Sure the tornado potato is just a julienned potato, fried and seasoned. But the swirls of spuds are on a foot-long skewer. It's a head-turning dish that you eat off a stick. I'd say it's definitely CNE ready. ($4). 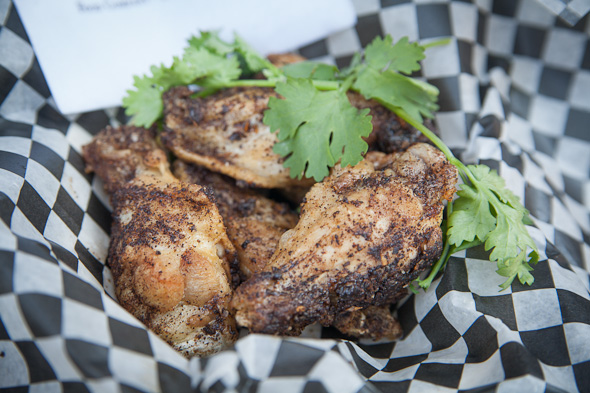 Gourmet B1tches
Wings are such a pub favourite, but for some reason they're a rare truck find. So it's a real treat to find an entire half-pound of dry-rubbed Asian/Cuban wings served with a trio of spicy, homemade dipping sauces for just $8.

Gourmet Gringos
Traditional tacos never get tired, maybe that's why few people try and amp them up. But a beer-battered Mahi-Mahi fish taco doesn't just create an awe factor, it seems worthy of a knife and fork ($9).

Per Se
Food truck fare often gets mistaken for fast food. But this porchetta burger should clear up the confusion. It's de-boned, marinated pork shoulder that's slow cooked for 14 hours. It's then served with homemade pickled banana peppers and a granny smith, caramelized-onion marmalade atop a buttery brioche bun. ($8).