The sun beat down on dusty queues crawling to hot grills and smoky fires. Rows of fold-out tables were arranged before a stage from which music blared even in the absence of a live band. In this parkland without pity, people stood under the midday sun for 30-45 minutes to exchange cash for meat, before huddling under umbrellas, hats, and towels to consume ribs, spreading sticky BBQ sauce on their hands and faces. 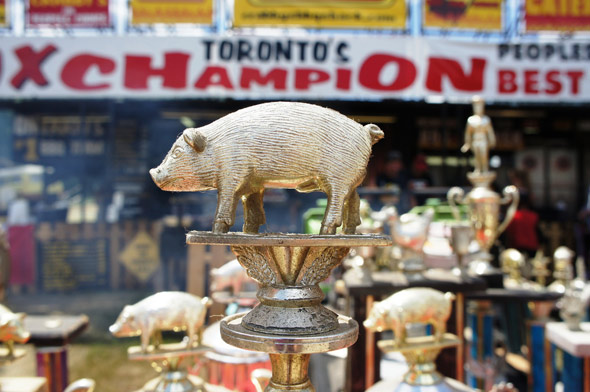 Centennial Park played host to Toronto Ribfest this weekend under the hot, hot sun. The main draw was, of course, the ribs, but attendees could also enjoy pulled pork, chicken, and a blooming onion, among standard festival offerings of roasted corn, funnel cake and soft serve ice cream. Patriotism was a side dish to the food with a Citizenship Ceremony on July 1, and Canadian Forces equipment for the kids to clamber over on July 2. 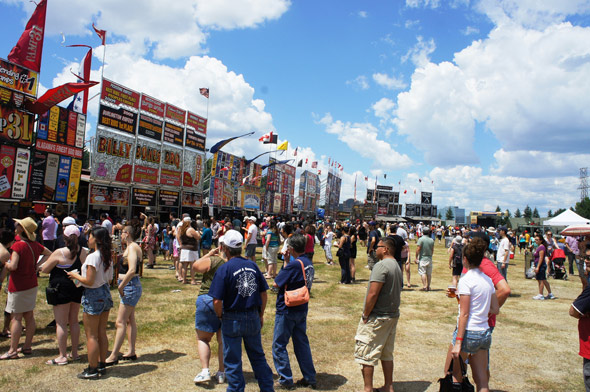 Organizers failed to offer attendees any shelter from the elements, be it sun or rain. Thus, it was hard to determine if the lethargy of festival attendees could be attributed to the heat or the meat. There was no relief to be found in free drinking water, a common feature at many city festivals. 500 ml bottles of water were snapped up for $2 a pop. 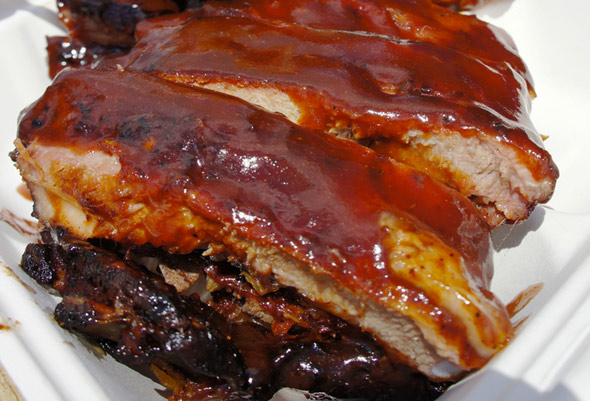 We sampled 10 of the 16 featured BBQ ribbers from Ontario, BC, Ohio and Alabama, whose sauces varied from savoury to sweet, and whose ribs varied in tenderness and leanness. The quality of the ribs was generally high, so few vendors we sampled disappointed. There were, however, three ribbers who stood out in the aftermath of a feeding frenzy:

Silver Bullet - The spicy BBQ sauce was the favourite of the bunch, paired with perfectly cooked, tender ribs.

Mark these down for the next time that Ribfest rolls through town. 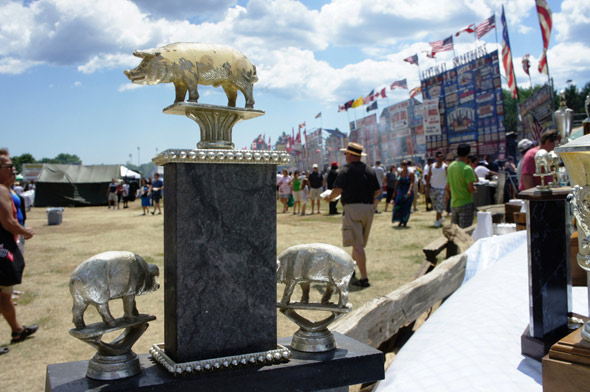 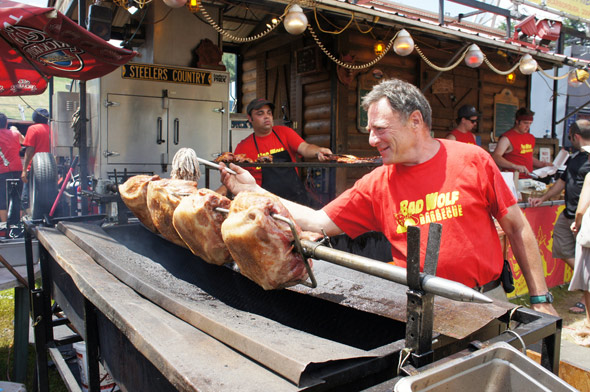 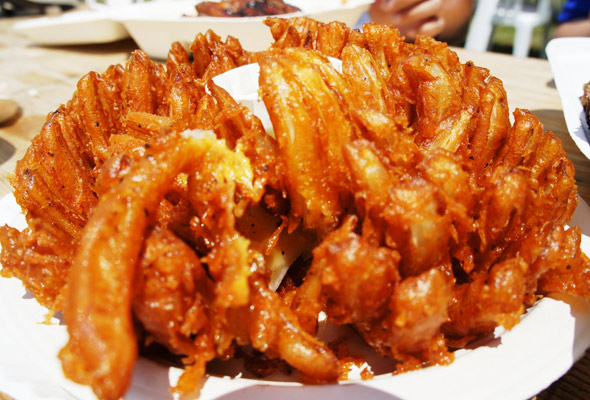 Writing and photos by Denise ing