The festival delighted the senses with all you would hope and expect from an event of its kind: the smell of churrasco filled the air, vibrant music was blasted from sound systems and from live bands, and festival-goers created impromptu dance floors on either side of street car tracks. With so many bright smells to enjoy and Latin dances to learn, it became easy to feel overwhelmed. So, sweaty festival go-ers, here are my top five highlights from this year's festival. 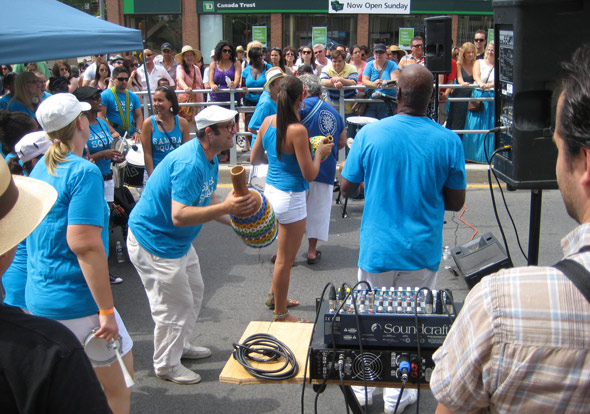 Samba Squad
There were countless places to dance along the festival route, but none as lively and authentic as the dance floor provided by Samba Squad. The Squad's 16-plus member percussion group pounded out Afro-Brazilian rhythms to a crowd of people with no choice but to shake their goods and get up close and sweaty with complete strangers.

Steps Dance Studio
It didn't matter if you had zero Latin Dance experience or, if you are me, absolutely no rhythm or flava to speak of, because Steps Dance Studio was there to teach pure sexiness by way of the Chachacha or Latin Hussle. An instructor led guided dance routines for anyone who wanted to join, including girls salsaing with ice cream cones and spicy Latin women putting everyone else to shame. The crowd here never diminished, creating a great show for an assembled group of spectators. 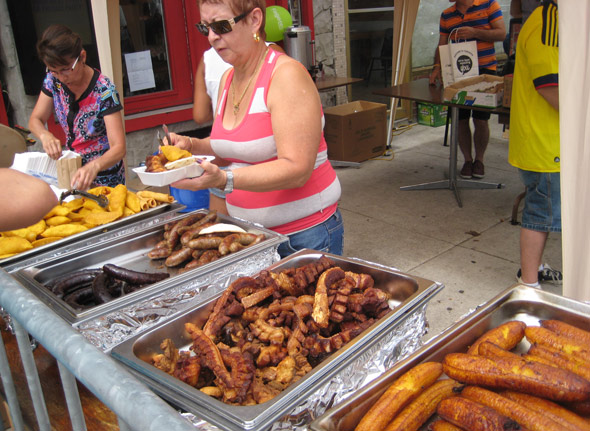 Fuzion 99
During any Toronto street festival, it becomes inevitable that all cultures infiltrate the culinary scene, including the gentrification of nearly every ethnic neighborhood. Luckily, there were still many Latin restaurants and vendors like Fuzion 99 serving up delicious Latin and Mexican cuisine including empanadas, chorizo, and chicarron. As I hoped, the flavours were spicy, bright, and certainly meaty.

Extended patios
Many local restaurants took advantage of the large crowds to offer special extended patio menus for festival-goers seeking refuge from masses of salsa dancers and unrelenting humidity. Clawing my way through a samba lesson, I made my way onto the Catch patio where they offered up delicious halibut croquettes, salmon tacos, and sweet Portuguese wine. 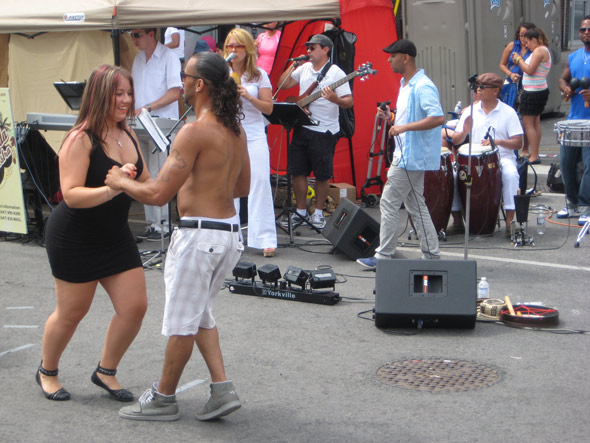 Impromptu dance floors
With live salsa bands stationed all up and down St. Clair, the dancers who 5-6-7-8ed in the middle of the street captured the vibrancy of the festival best of all. My favourite couple was the one I thought encompassed the spirit of the festival best: a shirtless man shaking his hips to the beat, and a sexy Latin lady making me wish I had a few more curves. 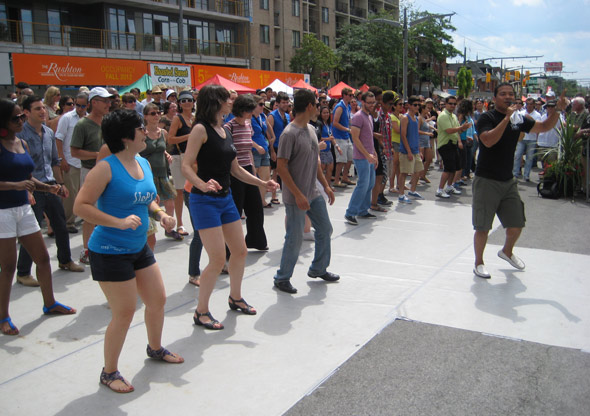 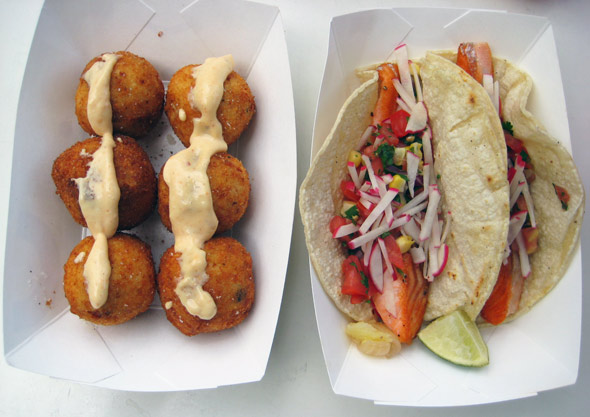 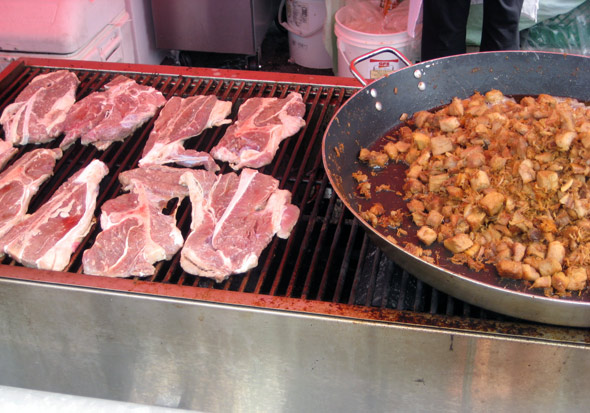 Writing and photos by Candis Green