Did you get trashed at the Wine and Spirit Festival?

Summer living was easy this weekend at Sugar Beach. Toronto's favourite urban beach was packed with tents, people and booze all in the name of the 2012 edition of the Toronto Wine and Spirit Festival. Not all vendors seemed to know much about their products, but they did certainly like their jobs. Cider, beer, wine and Drambuie were flowing as musicians strummed every single rendition possible of "No Woman No Cry." Nobody was crying after a few tickets were spent in the name of research. Here are some of my highlights (and lowlights), as recalled as well as one can after a day drinking in the sun.

BAREFOOT WINE
After having purple leis granted to us by a man that told us "I don't lei everyone...I do this for charity" we learned that the charity in question was the Pinball Clemens Foundation. The big feet of Barefoot Wine hung above and the vendors recommended the homemade fruity Sangria. They had a variety of wines on offer, but I rolled with the sparkling Pinot Grigio, an LCBO find that did not knock my socks off, as I would assume would happen with the name Barefoot. Get my pun? Okay, bad pun, therefore more boozing was needed. 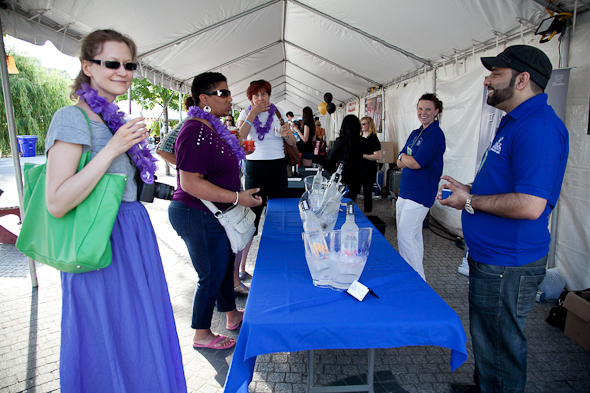 NHL ALUMNI WINES
Those poor NHL Alumni. They need our help to help support the rich history of hockey and their multimillion dollar lifestyles. If this is a cause you believe in, please help by buying their wine blends: Hat Trick. The red is a blend of Cabernet Sauvignon, Cabernet Franc and Shiraz. The white is a blend of Gew端rztraminer, Riesling and Chardonnay. Both were nicely balanced and lively, just like a good NHL game. 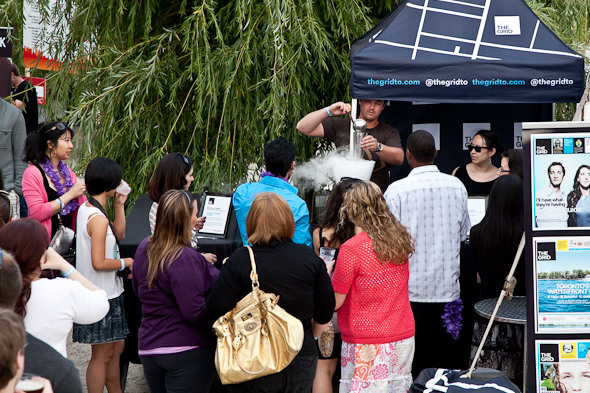 DRAMBUIE
Under The Grid magazine booth was a foaming dry ice glass cauldron. The Drambuie rep informed us that Harry Potter had just left the building. He then regaled us with tales of the oddities of Toronto drinkers at this very festival. Case in point: one woman asked if she could put her hand in the cauldron. Absolutely, ma'am, that is a fantastically sanitary idea. Another man asked if he could have one drink AND the bartender's watch. This is exactly why we have advertisements that remind us to "drink responsibly."

The sample drink in the cauldron was the following:

We were warned to become experienced at drinking Drambuie before imbibing in too many, as they could bring a wicked hangover. If that isn't a goal driven lifestyle, I don't know what is. 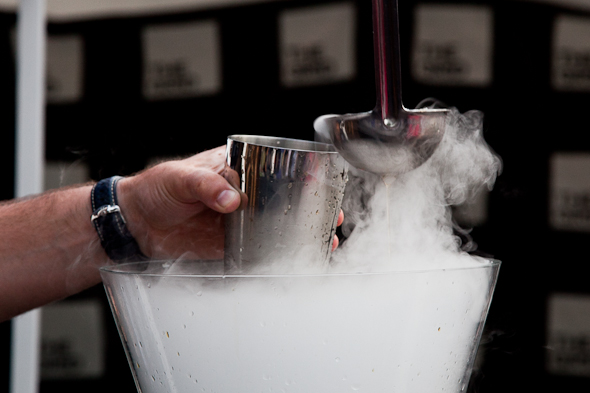 WILLIAM CIDER
Ciders are becoming bigger in the alcohol market, and William is certified organic and all natural, just like a crisp apple. It tasted clean and fresh and helped me with my recommended five a day. I tried to get some more information about it from the women behind the counter, but instead, I was given a business card that had the company blurb. Perhaps they had had too many ciders to worry about customer service. But they sure did look pretty.

SOUTHBROOK VINEYARDS
Canada's first biodynamic winery. Call me ignorant, but I needed to be schooled on the biodynamic thing. Biodynamic is organic plus. It is like singing "One Love" to the grapes, believing in the interconnectedness of the soil and treating the farm as a single living entity. Composts are specially prepared with herbal teas, and farming activities are aligned with lunar energy. I am pretty sure each wine probably has a star sign. Best wine of the show by far, the Winemakers Red at $4 a taste was bold and assertive. The winemakers make small batches and the label Whimsy nods to the fact that the experience is not to be repeated. In other words, enjoy the bottle while you can!

WEIHENSTEPHAN
The oldest German brewery which was voted "best white beer" was the last stop. When I asked when it was voted as the best, I was diverted to the fact that this brewery had a nearly 1000 year old tradition. Clever - this beer could have received an award 500 years ago, and could still declare their title. Even so, it arguably may be true today as the Hefe Weissbier followed through with its "coriander start" and "banana finish." An odd taste journey but surprisingly wonderful. And I followed the rule "liquor before beer and you're in the clear" to ensure that the day following could be spent writing in a somewhat coherent fashion. 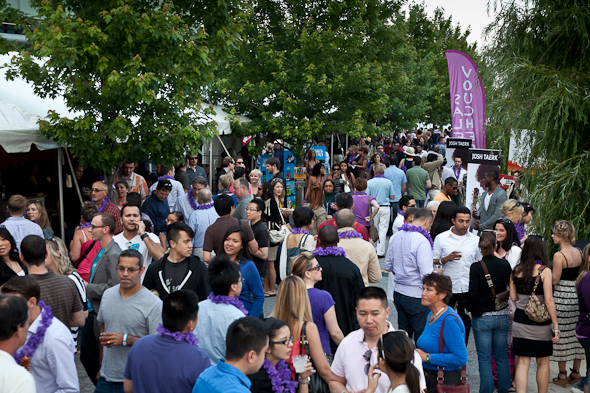 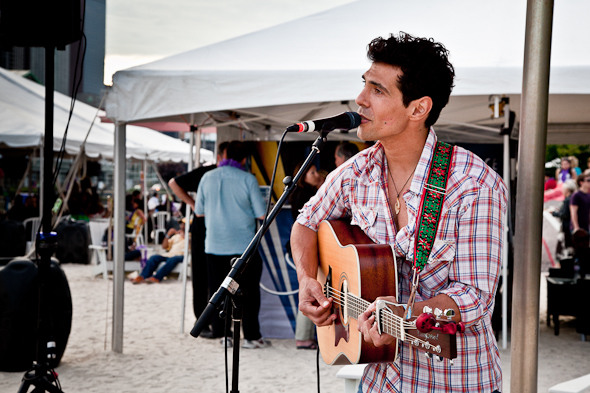 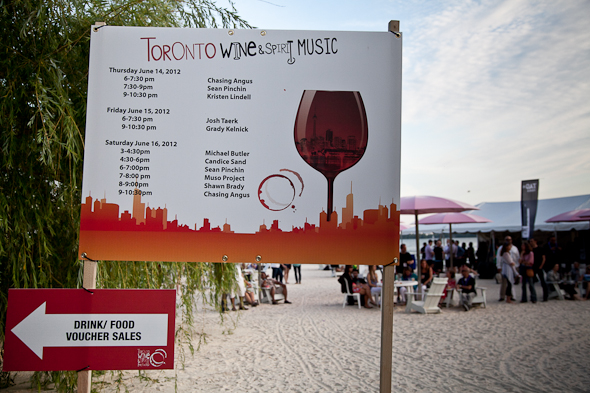 Writing by Courtney Sunday. Photos by Irina No.