La Carnita trades in the pop-ups for a permanent home

The premise for "La Carnita presents UNO" was marketing genius. Namedrop the hottest thing in street food, La Carnita, and you're almost guaranteed a huge turnout of ravenous 20-somethings, eager for food and the cultural vibe that La Carnita is known for dispensing. The event has been in the works for six months, and Andrew Richmond of La Carnita says it's their "last hurrah."

But it's not that exactly. Fans of the La Carnita experience will be excited to know that this popular pop-up is going permanent, reportedly having found a home at 501 College Street.

Still, there was a certain farewell excitement in the air, and the event delivered on the ever-accompanying hype. As the line-up swelled outside, and the crowd began to trickle in, the resident DJs Mastermind and DJX spun solid tunes. Those who arrived first were fortunate — a dual-service line-up for drink ($6 each, 4 for $20) and food ($5 per taco) tickets only swelled as the night went on, but were quickly informed that there'd be no food 'til after 9 p.m. Forlorn stammers of "What do you mean there's no food now?" began to echo through the space. 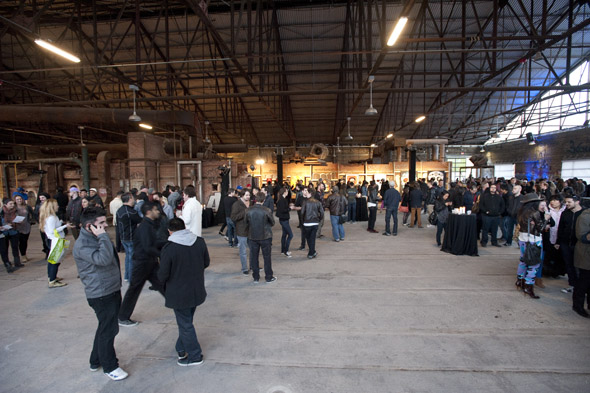 Around 8:30 p.m, the night began to devolve as people lined up for food. In fact, "line-up" was the word of the evening, usually muttered angrily, with those in it getting increasingly aggravated at the long wait times for what were modest, but truly delicious, tacos (churros were also available, but the line-up was comparably slim). Overheard comments included "This is nutty," "I've never waited this long for a taco," and my personal favourite, "This is the first party I've been to where the entire room is one line-up." At 10 p.m., there were still line-ups outside the venue even as tacos dwindled, and according to Richmond, they weren't exactly tracking the number of attendants.

An apology followed on their Twitter feed the next morning: "we honestly got a bit overwhelmed with the turnout. Our apologies to anyone who got caught up in some of the logistical madness. #WeOweU."

Here are some highlights from the evening: 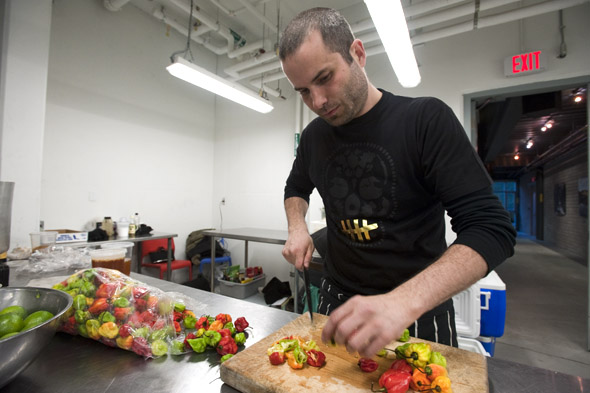 There were two primary stations, one for meat and one for seafood, and the cost was $5 per taco. Scott Vivian of Beast offered up a chicken karrage tostada with carrot salad, and Bertrand Alepee of The Tempered Chef served a chorizo taco with lime crema. Under the seafood banner, there was La Carnita's lip-smacking Voltaro fish taco with Mexican crema, and Steve Gonzales of Latino 5 Spice's ceviche tostada. The teams were hard at work behind screens which was lifted to a roaring cheer from the crowd, fueled in part by a potent mix of hunger, liquor and sheer anticipation. The best of the bunch, in my books, was the ceviche--shrimp and calamari precariously balanced on a crispy, deep-fried mini-tortilla. 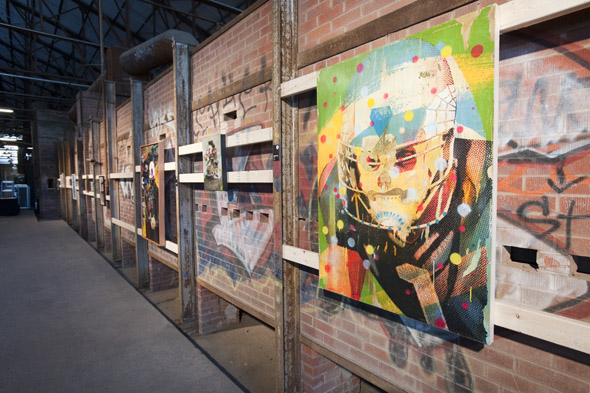 Curated by Clay Rochemont, UNO gathered the work of 20 artists, illustrators and a photographer from Toronto and abroad, including Mike Giant and Sam Flores. The pieces riffed on La Carnita's instantly recognizable Meathead logo. The work on sale ranged from a Mexicana Darth Vader, to a chuckle-inducing portrait of Kim Jong-il snacking on a taco filled with brains by Shingo Shimizu, but the first few hundred people to purchase drink or food tickets were awarded a signed Meathead print, which Richmond points out has blown speakers and a cracked skull because La Carnita is "finished with pop-ups for now." 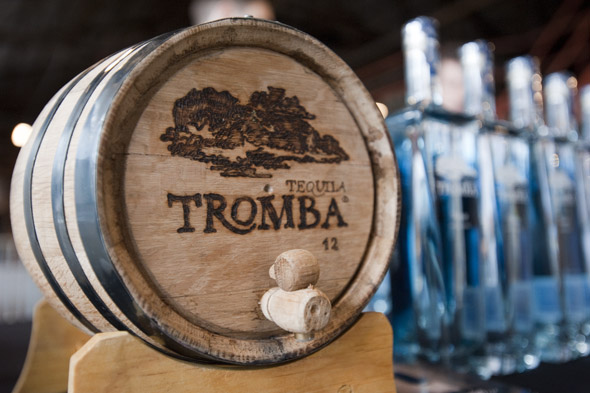 Eric Brass, owner of the Tromba tequila brand, brought a themed cocktail to the evening with his Tommy's Margarita, which he'd tested previously on the TUM crowd. Tommy's Margarita is rapidly becoming a modern classic for its smooth blend of agave nectar and tequila, and Brass' concoction adds a dash of grapefruit bitters to the mix. There was also wine and Muskoka Brewery Mad Tom IPA and Cream Ale on draught and in cans. 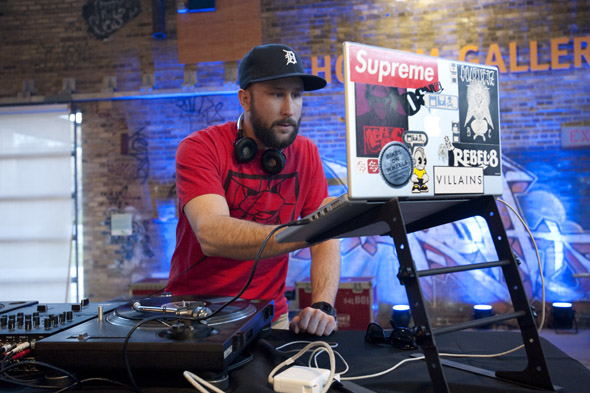 UNO was held at Evergreen Brickworks, and those who didn't dress appropriately for the mostly open space and evening chill, myself included, were in for a long night of shivering. Andrew Richmond of La Carnita chose the Brickworks after seeing the success of his wife's venture, the Toronto Underground Market, in the same venue. The exposed beams, brick-lined corridors and open space were a perfect pairing for the evening. 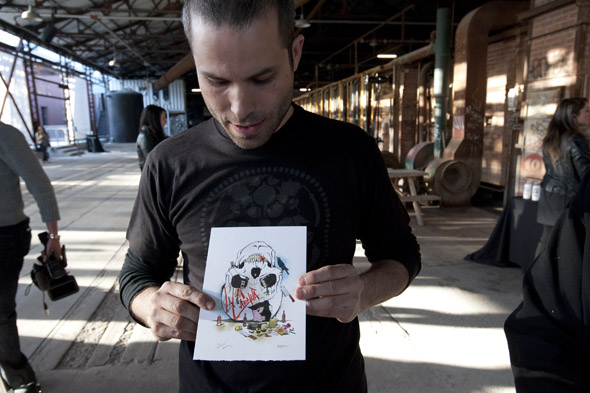 The Internet's been abuzz for a while now with news that La Carnita was planning to set up a permanent shop, which was confirmed via Twitter the morning after UNO (the exact location was wasn't revealed until earlier today). I asked them whether they'd be taking reservations — my personal pet peeve being how difficult it is to get into restaurants like Grand Electric — and their preliminary answer is "that's the great debate: we're looking at half-half." What we do know is there will be cocktails and Mexican cuisine.

Of La Carnita's brief but powerful reign over pop-ups, Richmond says, "It was a great ride," and UNO was a fond and fitting farewell. Let the next chapter begin. 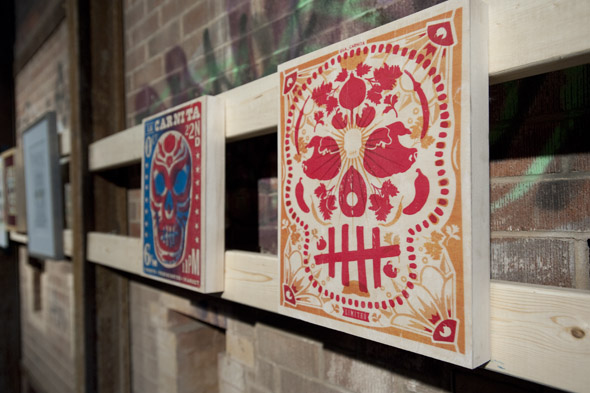 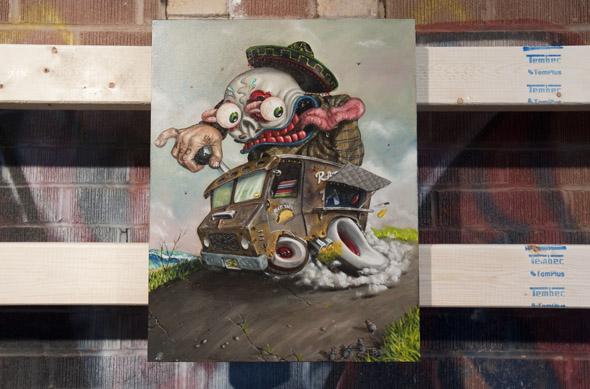 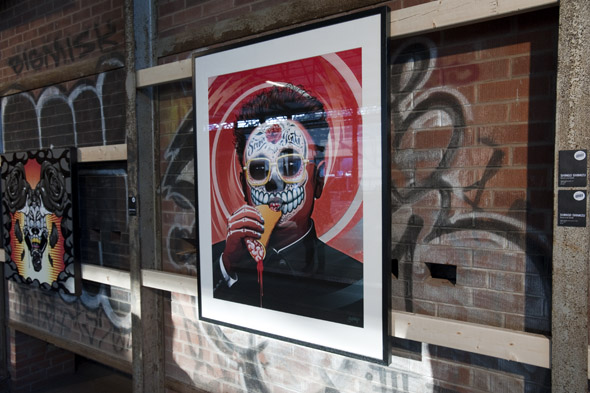 And more photos via Scott Snider: 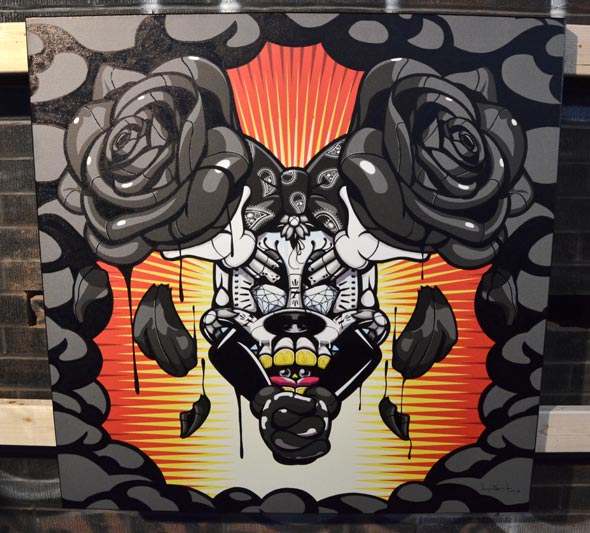 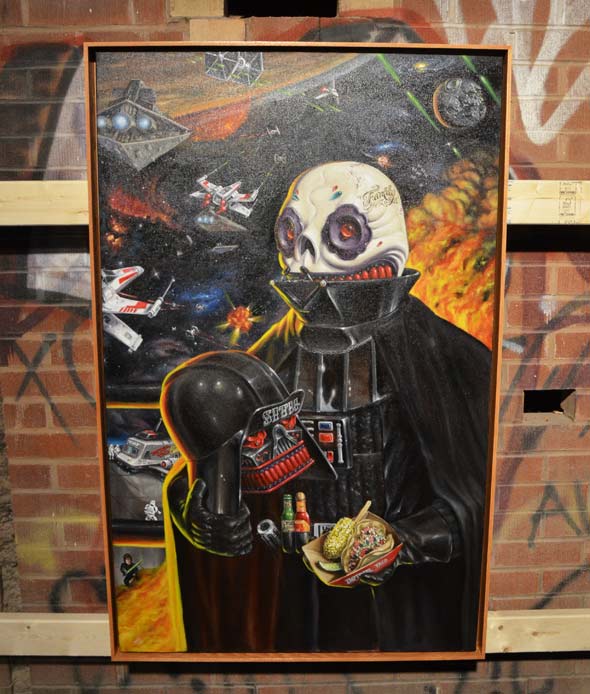 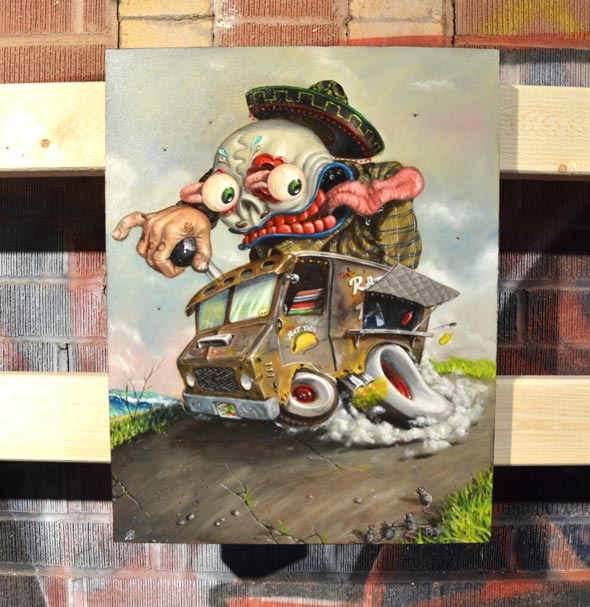 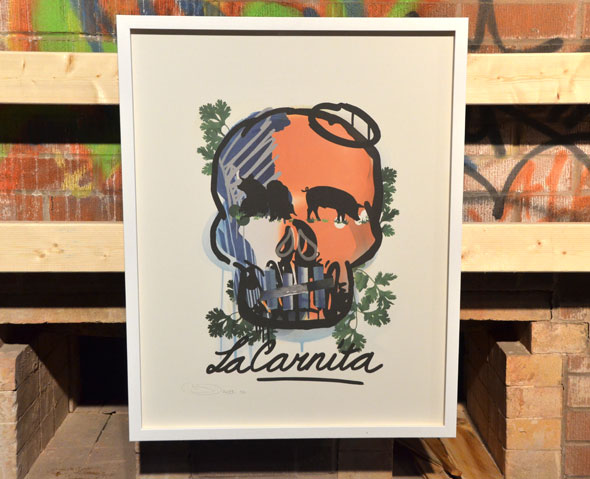 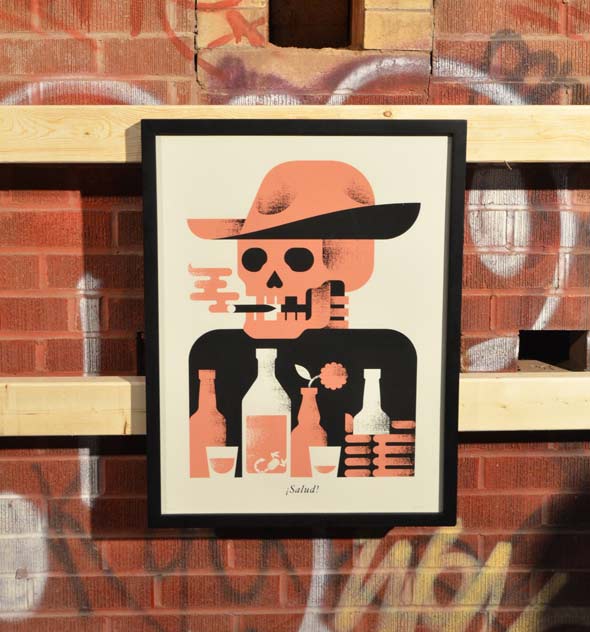 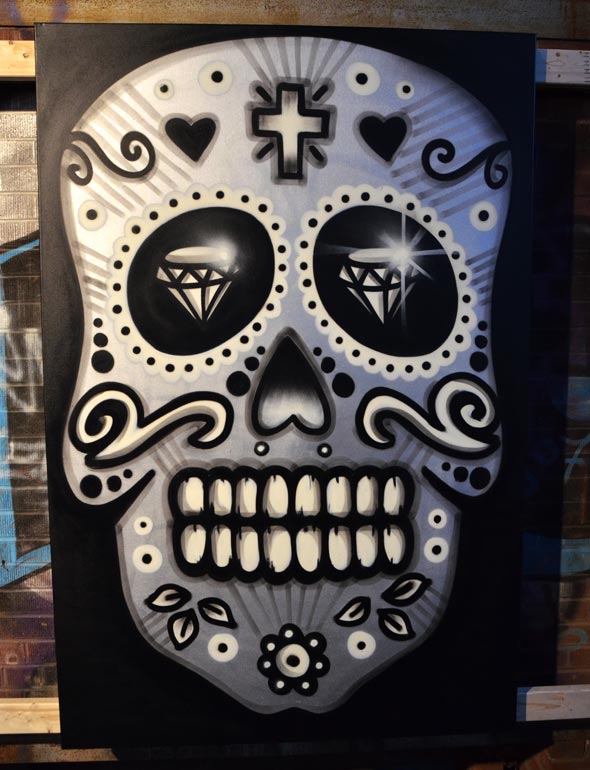 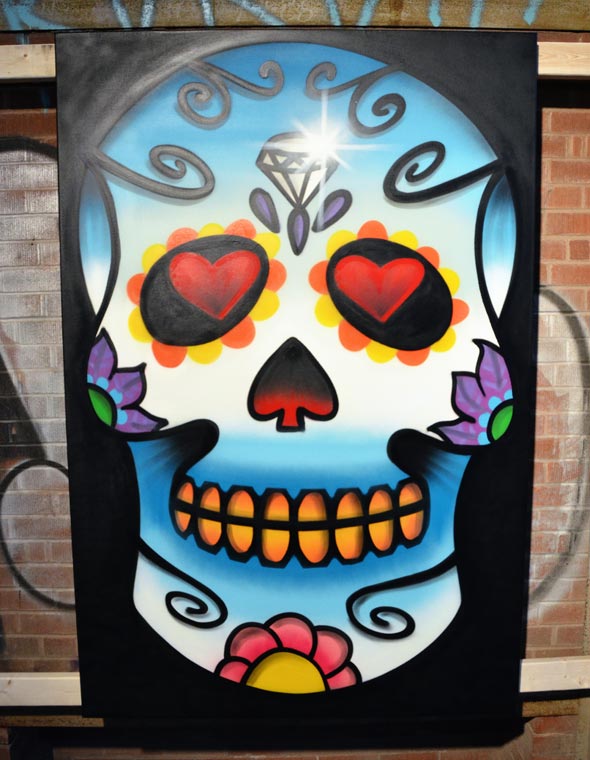