Bellwoods Brewery co-founders Luke Pestl and Michael Clark have been working tirelessly toward their goal of opening their laid-back, 40-seat, cafe-style brewpub at 124 Ossington before patio season arrives. Since they leased the space (formerly Rolly's Garage and, more recently, Meta Gallery), they've been doing double duty completely renovating the space and brewing their beer - all while fielding inquiries from curious beer fans, bloggers, and major media outlets.

When I dropped by this past Thursday evening, I managed to get the guys to put down the power tools and mash paddles long enough to chat about the process and (lucky for me) sample some of their beer.

Both Clark and Pestl come from science backgrounds (Pestl has a degree in biochemical engineering and Clark studied biochemistry and was on the waiting list for medical school) but both had changes of heart and found their passion in brewing beer.

"We're brewers," Clark says. "There's nothing I'd rather be doing," agrees Pestl.

And while, thankfully for Toronto beer fans, the duo traded in textbooks for yeast and barley, they still seem to take a very scientific and methodical approach to brewing their beer - part of the reason it was so important to them to brew in-house at their own brewpub as opposed to contract brew. "We actually want to make beer and we want to have it right here," he says.

And based on the fantastic beer I sampled, the hands-on approach seems to be working well. The brewpub isn't set to open until sometime in the next week or two, but the guys allowed me to preview some of the beer they've already settled on featuring on tap when they do open. 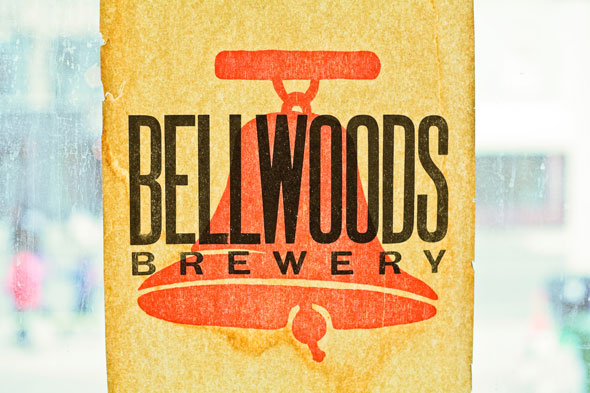 Mike and Luke plan to continue experimenting with all their beer and will continue to work their pilot system, which they've brought to the brewpub, to try new things. A baltic porter was in the works while I was there and they haven't ruled out someday trying to brew a one-off 100 Mile Ale from their much-publicized City Hops Project.

For the time being, the duo plan to concentrate their efforts on brewing beer for consumption at the brew pub, however, they've also acquired the space next store with the goal of renovating it too for use as a retail space where their beer will be available in a variety of bottle sizes, including growlers.