86'd Mondays is a weekly gourmand event at the Drake Hotel hosted by local food-maven Ivy Knight. Although it doesn't get as much press as it once did — what with the pop-up trend taking off at hyperspeed — but it remains one of the most consistently enjoyable culinary events in the city. The booze isn't bad either.

This latest installment of 86'd showcased sliders by Fidel Gastro, wine by Sandbanks Winery, fresh oysters by Hooked, and an introduction to the Culinary Adventure Company (C.A.C.). 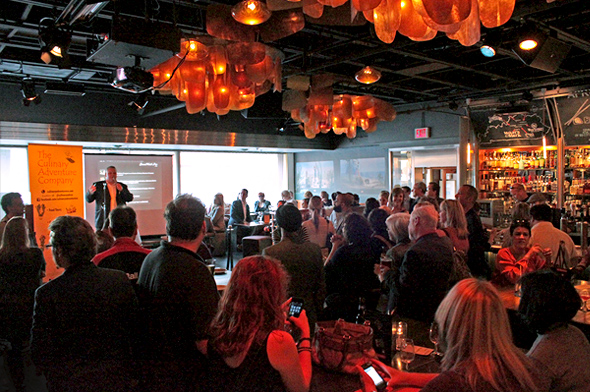 Founded a year ago by Chef Scott Savoie, the C.A.C. offers a wide variety of services from guided food tours through Toronto's diverse neighbourhoods to out of city jaunts like foraging for mushrooms. One upcoming event in particular, Escape the City, involves paddling heritage freighter canoes to Toronto Island where Scott will have a gourmet picnic set. It really doesn't get much better than that as far as summer food retreats go. 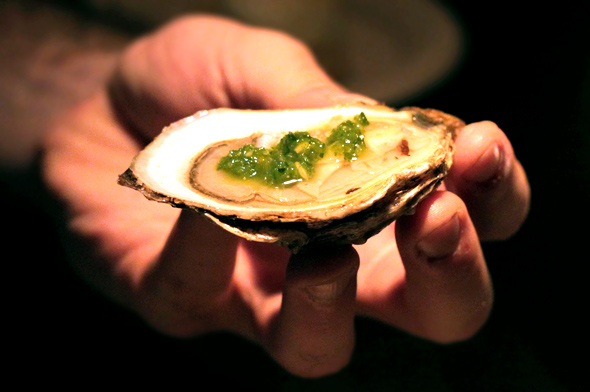 Hooked provided fresh shucked oysters (Saint Simon, I believe) with a very original play on a mignonette that used serrano chiles rather than shallots. Not spicy per se but with heat, the sauce punctuated the slight sweetness of the oyster. 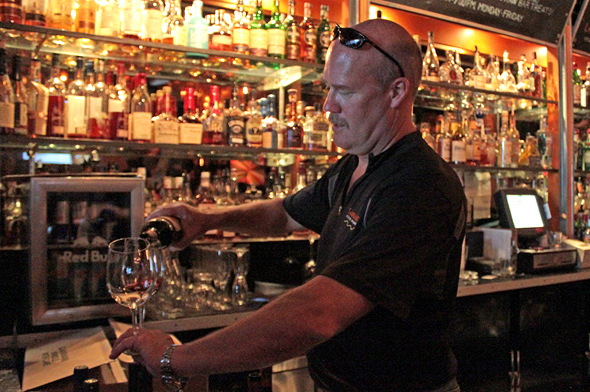 Summer's approaching so that means RosÃ© is set to return to local wine lists and CBO shelves. The pink stuff has come along way in North America since the sugar snap White Zins of yesteryears (the French, on the other hand, have always enjoyed their bone-dry Tavel). Sandbanks Winery's RosÃ© is part of this new approach — drier, cleaner finish with just a hint of fruit. Their Baco Noir is a dense tannic Red with hints of tobacco and toasted oak. All bottles hover around fifteen dollars, which is a steal.

Flying pretty much solo, Fidel was definitely hustling that evening. The sandwiches were quickly snagged as soon as they were plated by tipsy patrons. By far, the butter chicken with blue cheese aioli was the winner of the three sandwiches offered. At first bite, you're hit with the familiar flavour combo of hot wings and blue cheese dressing but sans chicken bones. The brisket with caramelized onions were nothing extraordinary as was the vegetarian option: an apple and brie combo. But overall, the night's offerings were nothing to slouch at.

86'd continues to feature a revolving list of chefs, suppliers and general food interests. For those that haven't paid a visit, it's pretty much always a good way to shake the Monday blahs. The upcoming 86'd on April 30th will feature a guacamole smack down, which should get heated! 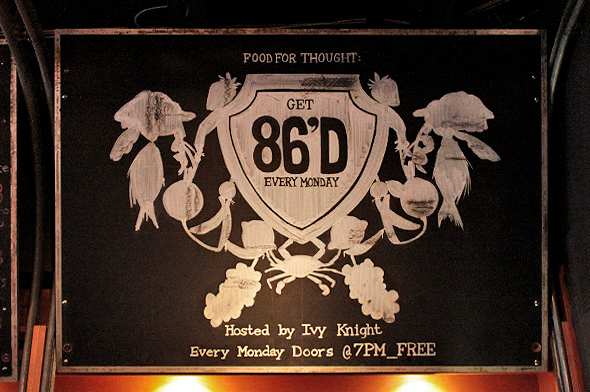