Social media and fine dining pair up at Open Kitchen+

Open Kitchen+ is a Google sponsored food event spearheaded by Jamie Kennedy with support from the Group of 7 Chefs and the Ontario Culinary Tourism Alliance. The plus refers to the corporate partnership with Google + (that other social network) and also as in a '+1 invite,' in hopes those attending would in turn bring their early adopter friends. The whole event was quite meta with the virtual space dominating the evening. A live-feed was available for viewing via Jamie's Google + hangout. But really, I was there for the food, and the chefs definitely brought their A+ game. 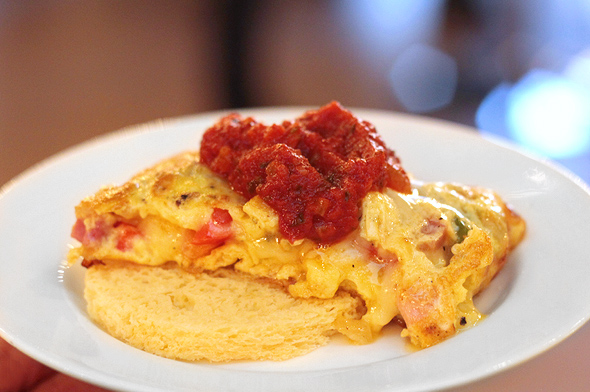 Despite the return to seasonal temperatures, a bundled Jamie Kennedy was manning the grill outside. As a huge proponent of locavorism, all ingredients of the omelette, including the Turkey and Chicken eggs, were procured within 100km. An omelette can show technique without the luxury of multiple ingredients to cover mistakes but compared to the complexity and risks of other dishes, I felt underwhelmed by this play on a Western Omelette. 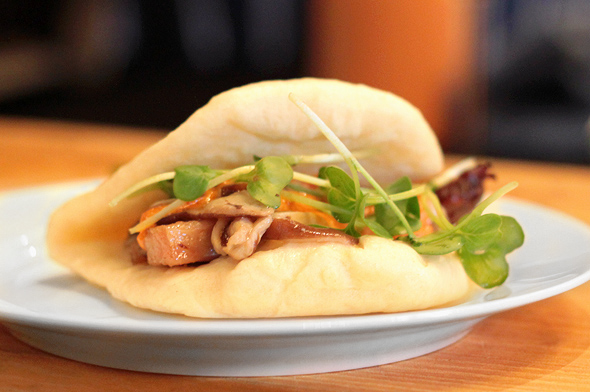 Not what I was expecting, Marc Dufour's steam buns were amazing due largely to the crisp boar's belly â think thick sliced bacon with a slight gamey note. Elevated street fare has become synonyms with these types of events for a reason, the food is meant to be eaten whilst standing with one hand. Tables or ledges were valuable real estate as everyone precariously balanced wine glasses and plates in hand. The sound of shattering glass was a constant throughout the evening. 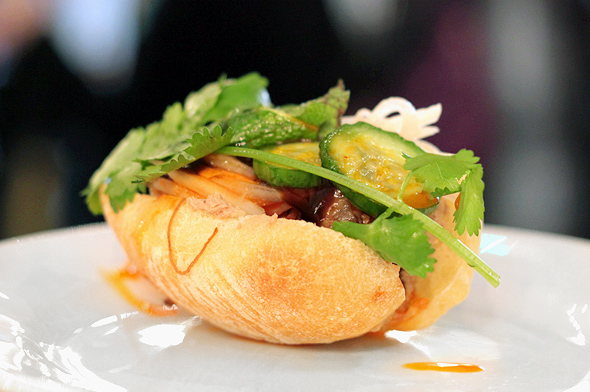 Adhering to this elevated street food angle, Matty Matheson's Banh Mi was definitely unlike any I've had on Spadina. The pate and pulled beef pared nicely with the classic garnishes of mint and coriander. Luckily a rep from Cave Springs spotted our empty glasses. Their crisp, dry Reisling was a wonderful match for the rich sandwich. 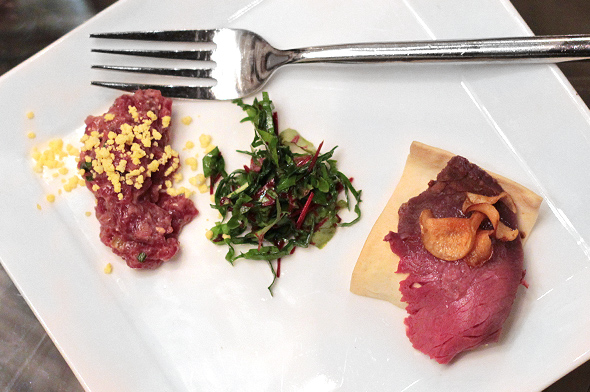 The duo of elk by Kevin McKenna had spectacular plating and the only amuse bouche of the evening â well, two bites really. The carpaccio and tartar were seasoned perfectly without a hint of game and served ice cold. 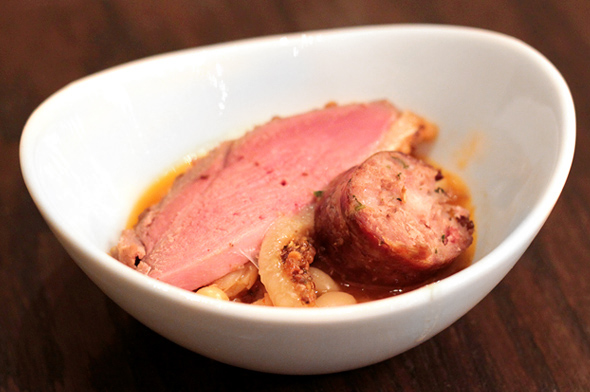 Bertrand Alepee's Cassoulet with navy beans, duck confit and sausage must've been coddled the entire evening because not a component was overdone. In fact, everything was cooked to perfection, especially those finicky navy beans.

Ten vineyards were mingling in the crowd filling empty glasses as they go. Southbrook's Whimsy Cab Franc and Cave Springs' Reisling were notable highlights that had enough stamina for me to actually recall.

Google+ will be planning similar events in the near future but geared towards music fans. The idea is universal bring the celebrity to the fans and they will come; albeit if not in person then streaming live. Corporate pessimism aside, Google seems genuine in their commitment to showcase local talent within Canada and a viable venue for local talent. 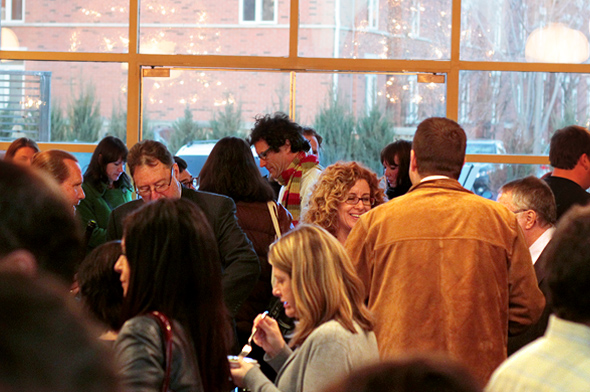 To see what blogTO's up to on Google+, check here.