Get to Know a Bartender: Jan Ollner of Reposado

Meet Jan. He's here to teach us that a gentleman never drinks to get drunk and that a good Tequila shouldn't be poured in a shot glass and tossed back. It can be sipped and savoured like any good bourbon or scotch. A bit off the cuff, I found Jan to be an honest, laid-back guy with no airs about him. Hailing from Vancouver, this relatively new transplant has a passion for any distilled liquor from the agave plant — just don't ask him for a lime and salt while screaming: SHOT! SHOT! SHOT! — like in your salad days.

I've been a bar-man for nearly two years. My initiation into the hospitality industry started when I was 16 washing dishes in Vancouver at a soup and stew place. From there I moved to the front of house, bussing tables for a long time. I was hired as a bar back at Reposado before I graduated to drink slinging.

Name three reasons why you live in Toronto.

It's hard to have to pick only three. After graduating with a BFA in Studio Arts I was living in Montreal trying to be a painter while working on the side. I'd kept up some correspondence with some artist friends from school who had moved to Toronto. Everyone had glowing reviews about the city's youthful energy and entrepreneurial spirit. My life had hit a series of snags in Montreal, so I decided that I needed a change of pace. At the time, my sister was living on Ossington, so I packed a van and moved here in the fall of '08. Somehow I landed the job at Reposado before I had an apartment. Toronto is a great city, and everyone has been so generous with me. I've had nothing but good luck ever since I moved here. 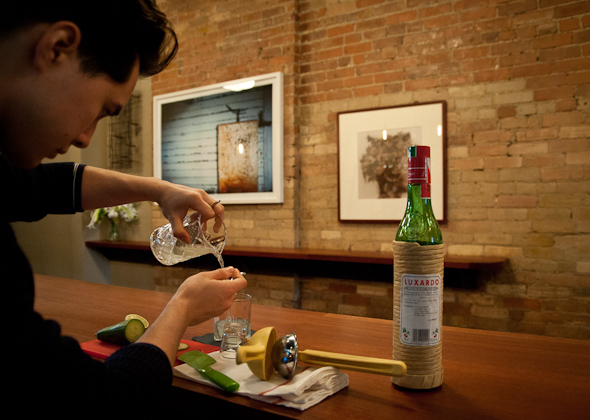 I love people that are open to new things and who are willing to try something out of the ordinary. At Reposado, there's a major focus on our Tequila and Mezcal selection. So surprising people with their new favorite tequila cocktail is very satisfying; especially when they claim they'd never drink Tequila ever again because of a bad experience in their past.

That's a tough one. The aim is to be firm while also being fair, although often that's not possible. Sometimes people just have to go, but it's important to convey that they can come back another day.

I'm into spirit forward cocktails that have a little character. I love when my booze fights back a little bit. It's hard to pick a favorite, but I recently visited Frankie at Barchef and had their Mamacita: a clever combination of high-proof smoky Mezcal, dill bitters, chamomile syrup and an elderflower liqueur. I have dreams about that drink. It's divine! 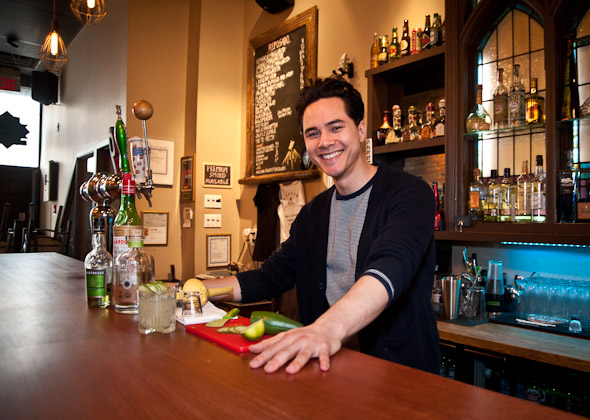 What's your favorite bar or hideout (other than where you work)?

It depends on my mood and the occasion, but these days I find myself visiting a bartender more than a specific bar or location. I'll usually ask them what they're working on, or what their drink of the moment is. Odds are they're going to put a lot of their skill and energy into that cocktail, and I love that. Naming a favorite bartender is nearly impossible, and for me to list one while omitting others would just be unfair. Toronto's cocktail-centric bar scene is big enough to keep you on your toes yet small enough that everyone knows your name; in other words, going out in this city can be a real treat any day of the week.

What cocktail do you hate making the most?

I don't think there is one; although sometimes when people order up a really expensive Tequila and want to drown it in lime juice and sugar my eye twitches a little. But hey, it's their money and I'm happy to do it.

What's the worst thing you've seen or heard in a bar?

Without going into details, I once dealt with an oddly well dressed patron smearing something all over the bathroom walls before he literally ran off. Any faith I had in humanity was lost that day. Although most of the time those events or people become kind of amusing when you look back.

I'm usually painting in my studio, going to the gym or cooking elaborate meals at home. I don't go out as much as I used to.

What's your favorite word for drunk?

I like "shmangled." It came from my friend Matt and I trying to imitate Jim Lahey from that show Trailer Park Boys and succeeding horribly. 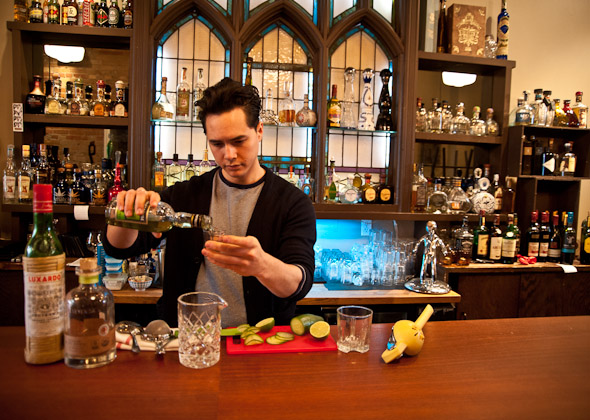 Straight Up or On the Rocks? Straight up, with ice on the side.

Light or Dark? Light in the spring, dark in the winter.

With a twist or olives? Depends on the vermouth.

Lemon or Lime? I've had more margaritas than most should.

Tonic or Soda? I'm not the biggest fan of carbonation, but from a mixing standpoint, soda is more useful.

Labatt or Molson? I don't drink much beer.