A brief history of booze in The Junction

Bars on virtually every corner, throngs of people and cops on city streets, fights, and public drunkenness making Toronto an embarrassment to visiting tourists. No, I'm not describing the Entertainment District on a Saturday night. It's actually a scene from the Junction — then known as West Toronto — circa 1904.

At that time, drinking was such a problem among the neighbourhood's working-class Irish Catholics, Brits, Italians, Poles, Macedonians, and Croatians that the town of West Toronto voted to go dry; a law that was actually still in place in the Junction until 1997.

The fact that the Junction decided to enact such a law was not in and of itself a strange occurrence; if you've ever heard the city referred to as "Toronto the Good" you may or may not know that it's because around this time Toronto enacted all kinds of morality laws in keeping with Canada's Lord's Day Act. In early 1900s Toronto sport, entertainment, and almost all commerce on Sundays was prohibited. It was actually illegal to rent a horse on Sunday and Eaton's department stores even went so far as to draw their curtains on Sundays to guard against window shopping.

What is unique to The Junction is that this law prohibiting alcohol stood for so long, as did the pervading notion that this lack of alcohol has been what's prevented the neighbourhood from keeping up economically. 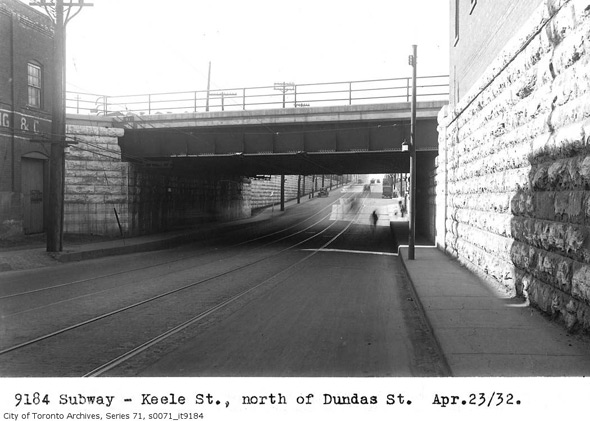 Initially, prohibition in the Junction seemed to have the intended effect and, immediately following the passing of the law, the area became a popular shopping destination. However, by the 1950s and 1960s, a number of the area's bigger employers had closed and shopping in the district became less popular with the advent of suburban malls. As a result, profits declined, property values began to drop, and area residents made a push to have the prohibition laws repealed in an attempt to get businesses to return to the area. Various local interests attempted referendums in 1966, 1972, 1984, and 1988; however, all failed.

In the meantime, the situation in the Junction continued to worsen. The area became known for crime and prostitution. As recently as 1995, according to the Junction Business Improvement Area (BIA), the vacancy rate was at 17 per cent and a significant chunk of the neighbourhood's storefront space sat empty. 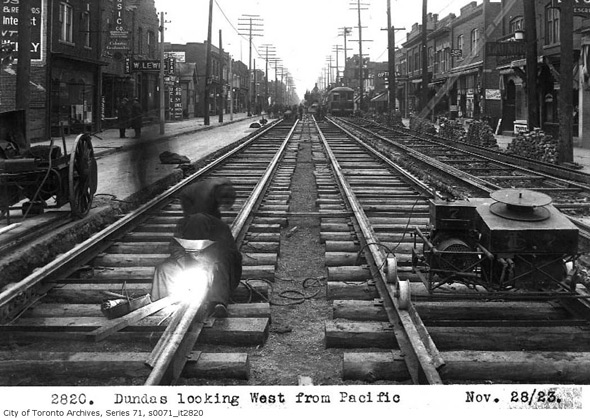 In response fed up local residents who believed strongly that prohibition was the cause of the area's lack of business established the group 'Working for Equal Treatment' (WET) in order to try once again to overturn the Junction's dry designation. As a result of their campaign, a referendum that was part of a November 10th, 1997 municipal election finally saw the dry designation overturned.

These days the area is hailed as one of Toronto's (many) "up-and-coming" neighbourhoods. Indie coffee shops and design stores have moved into the area, followed by the sprawling Heintzman Place condo development. The Junction, no doubt, has entered a new phase.

Notably, and perhaps ironically, the once-dry area is now home to two new breweries. Both the soon-to-open Indie Alehouse and Junction Craft Brewery call the neighbourhood home. Although Junction Craft contract brews their beer in Guelph, they currently have an office, distribution warehouse, and small pilot system situated in the Junction and are working on a full brewery and retail store that owner Tom Paterson is hopeful will open by next fall. 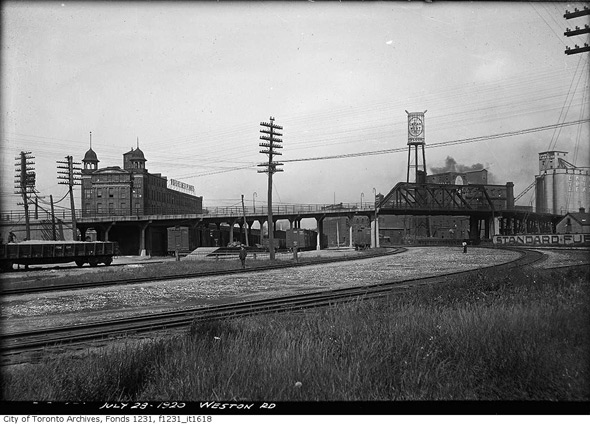 Like Paterson, Junction Craft's Brewmaster Doug Pengelly and their designer David Hayes are also West Enders and are very conscious of the area's rich history. "There is definitely a certain cache having a brewery in a neighborhood with that history," says Paterson. In honour of that history, Junction Craft opted to name the company's first beer Conductor's Craft Ale, a nod to the fact that the area was once a major operations hub for Canadian Pacific.

Jason Fisher, President and Founder of Indie Alehouse and Junction resident also likens his business' approach to the area's distinctly independent attitude. But while Fisher is conscious of the rather unique place he's in opening a brewery in a once-dry neighbourhood, he tends to downplay the significance. "Honestly, I don't think it's that much of a big deal that the Junction now has The Indie Alehouse as a local brewery, brewpub, and beer store," Fisher says. "It's kind of a neat story, but the reality is a lot has changed in the past 10 yeas since the Junction repealed the dry local option — and a lot has changed in the Toronto Beer scene as well."

One wonders, however, if the repeal hasn't played a crucial part in the Junction establishing itself as a neighbourhood on the rise. Regardless of the historical significance of their forthcoming brew-pubs, the neighbourhood — and Toronto — seems to have embraced the two businesses. Junction Craft has been in operation for just six months and already touts 30 accounts all over West Toronto, in addition to a few in the east and across the GTA. Similarly Fisher notes that he hears from hundreds of area residents monthly who tell him how excited they are that Indie Alehouse is opening soon. And so while it's still tough to say what exactly the future holds for the neighbourhood, it seems that the return of booze may have been a very good thing for the Junction. 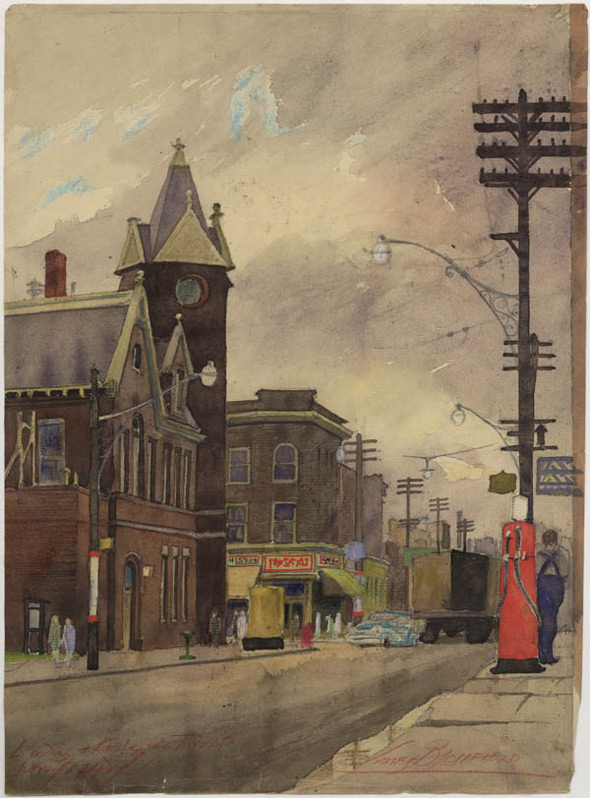 In addition to the interviews I conducted for this post, the following articles aided in my research:

Photos one through four from the Toronto Archives. Last image from the Ontario Archives.