As far as protests go, it wasn't much to look at, but employees at the Real Jerk — the iconic Riverside restaurant that's slated to close at the end of the month — took to the street around lunchtime today to voice their discontent with the hasty termination of the establishment's lease. It was more of an exercise in neighbourhood solidarity than anything else, as those passing by offered their support for the business, which has occupied the southeast corner of Queen and Broadview for over 20 years.

The mood wasn't particularly somber or combative, despite the hastily drawn placards. Being a work day, the staff couldn't exactly stand outside all afternoon, so the whole thing was over in about 15 or 20 minutes. But even if the protest seemed mostly impotent, owner Edward Pottinger remained cautiously upbeat about his business's prospects. While he clearly wants to stay put, he's already looked at two possible sites for relocation. 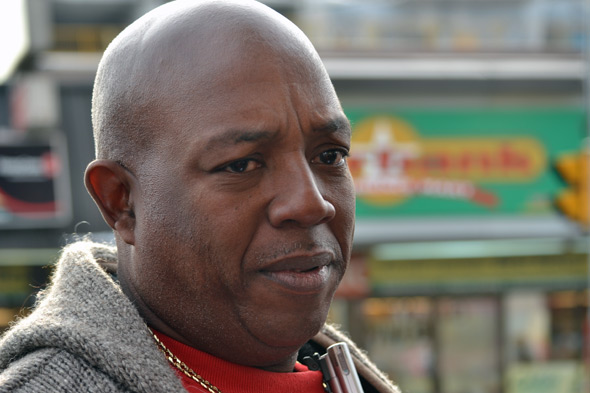 Perhaps the bigger question the scheduled closure of the restaurant has engendered — one which is emphasized on the online petition to Save the Real Jerk — is what it means for the neighbourhood in general. Is this the moment when gentrification turns the corner and drains Riverside of its putative authenticity? Will other mom and pop shops meet the same fate?

I'd be willing to bet that many people who've signed the petition or lamented the situation of the restaurant haven't even eaten there. And there's nothing wrong with that. The outpouring that's followed Pottinger's initial Facebook post has been helped along by lots of media coverage, sure — but there's also a sense that you can only lose so many places like the Real Jerk before your city becomes overly corporatized and boring. 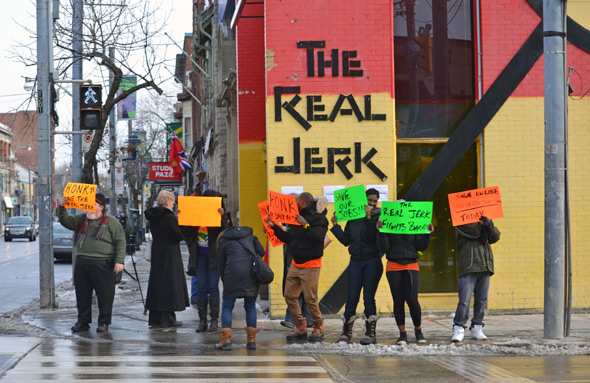