The beautiful but mostly empty Queen West Market, across from the MuchMusic building will soon be transformed into a healthy food court, but not as soon as originally planned. The Grove, as it will be called, was initially scheduled to open by the end of 2011. But delays in design and planning have set the grand opening back until April of this year, says Lisa Borden, a founding partner of establishment.

The historic market space will be filled with a variety of food alternatives in a neighbourhood that is currently mainly populated by either sit-down restaurants or junky fast food like Pizza Pizza and Subway. "I want a group of ten coworkers to be able to walk in to The Grove and realize they never have to fight about where to eat lunch again because it has something for everyone," says Borden.

Designating The Grove as a health food place is something Borden is careful about. It's not about serving low-fat, low-carb, salads to all the yoga junkies in the neighbourhood, but rather about making people think about what they're putting in their body and knowing where it came from, she says.

"I believe if everybody got connected to their food, people would make healthier decisions," she says. "Whether you want vegan or an organic burger, we'll have it. We have an ethos that vendors will have to know the source of their food. There won't be Heinz but there will be ketchup." 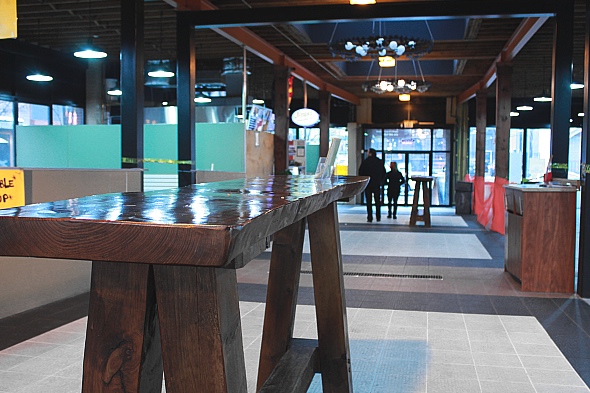 Borden practices a food conscious diet in her own life, eating organic, plant-based food. As the company's communications strategist, this is not her first foray into a food conscious endeavour. She recently led the campaign Take Out Without that aimed to decrease the amount of garbage and waste in the take out industry.

The other founding partner is George Friedman, who is leasing the building, also owns the Windsor Arms Hotel where he has expanded the menu from a standard steakhouse to include vegan and gluten-free options, says Borden.

As for vendors in the space, so far they have a raw vegan chef on board, Doug McNish, who worked under Friedman at the Windsor Arms. Once the design for the space is settled and decided, which Borden anticipates will be in the next couple of weeks, they should be able to bring more vendors on boards. Getting people to sign on has been tricky so far on account of the currently empty and unfinished state of the building, she says. 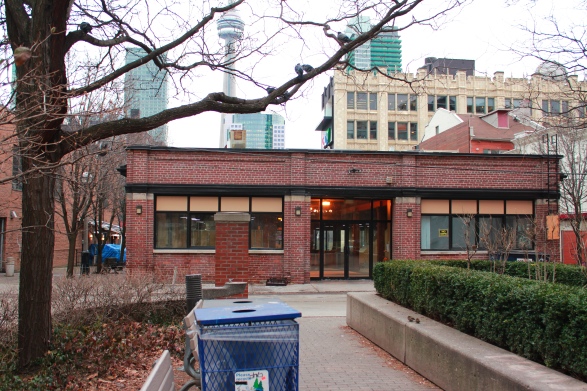 Though she couldn't disclose the details, Borden said other vendors may include a coffee place and a burger joint. They're hoping to have a pizza spot and fish and chips, and they're applying to have a seasonal fresh farmers market behind the building in the park. They're also hoping to have some unprepared market fare year-round, but that will depend on the vendors they secure, she says.

Organic, well-made take out food may sound delicious, but cheap it certainly is not. "Apples to apples, organic's always going to be more expensive," admits Borden. "This food may cost a bit more, but you'll be full on actual real food so you're also not going to have a three o'clock low like you would after a McDonald's Happy Meal. But the food will still be affordable and it has value much deeper than the price."