The party moves to Leslieville

Saturday night saw the sixth installment of Feast in the East, the monthly festival that worships food, music, art and, above all, the east end of Toronto. The night is the lovechild of musician Neil Rankin (Foxfire Forrest) and party promoter Tad Michalak, two residents and ambassadors of the east-end as a party destination.

The idea to throw a monthly food/art/music festival in Toronto's east end that would rival any party on the west side was born out of the frustration from the long commutes from one end of the city to the other. Neil and Tad wanted to go see the bands they would normally see in the west end and enjoy a short walk back home at the end of the night.

After searching for a venue, they found their location in The Dickens Street Theatre, a loft space in the heart of the industrial section of Carlaw and Dundas. 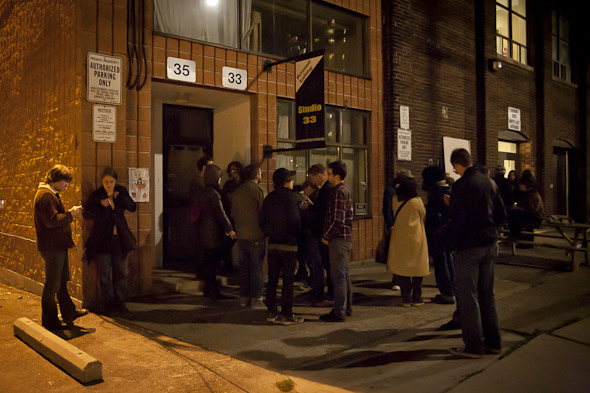 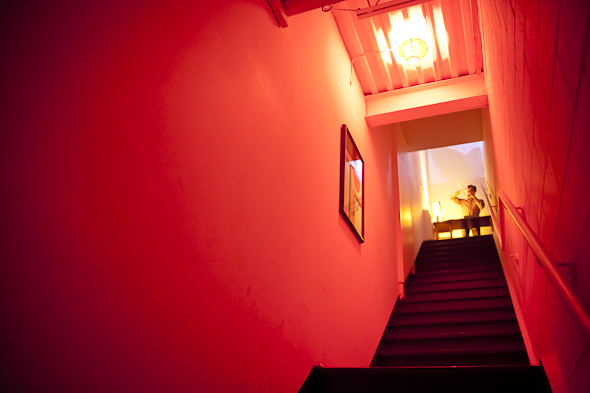 The theme of latest incarnation of Feast in the East was Harvest which was best conveyed through the epic feast that allowed people to eat some comfort food while listening to the artistic discomforts of noise bands: Dreamcatcher, Wet Nurse, Gastric Female Reflex and The Dead are Those who Have Died. 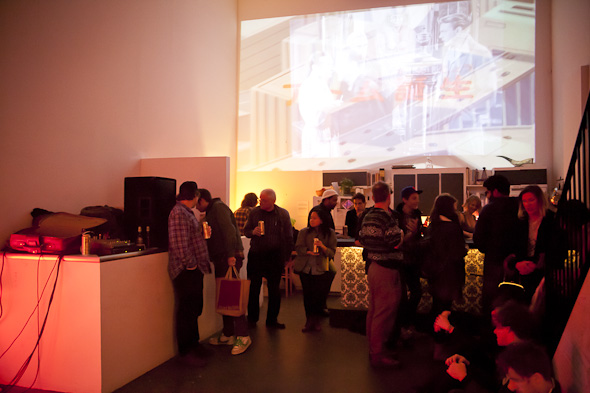 Preparing a multi-course-harvest-themed meal for people partying to noise bands might seem antithetical but it involves the loyal participation of the party guests. And that's what Feast in the East is all about - people committing to and participating in their environment. 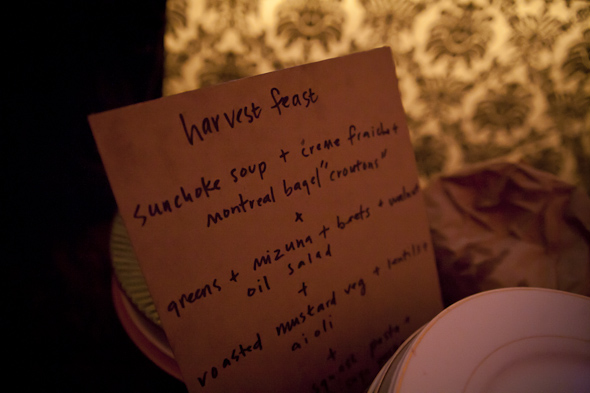 According to Neil, when you throw a party so far away from the nucleus of Toronto's nightlife, "you bring out an audience who are really dedicated to being at a show. They are here for the whole night because there isn't really any other place to go that is nearby". 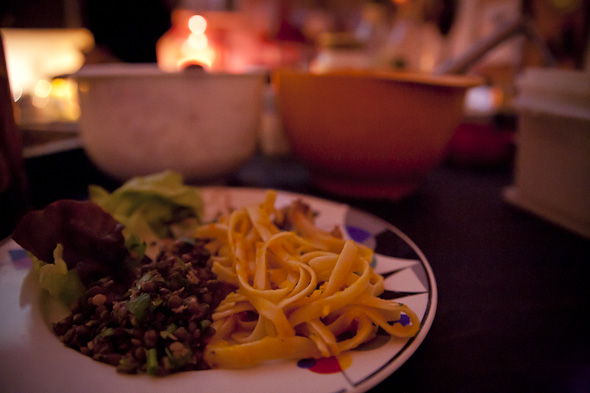 Even though the party is always well promoted, it has an element of secrecy. "These events really bring people out of the woodwork and people who you thought lived west, actually live east," says Neil. 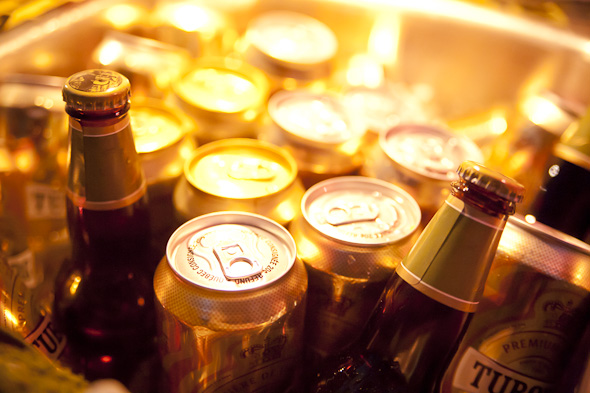 Feast in the East has come a long way over the six months, what started as east-end bands handing our home made cupcakes, has evolved into a party worth the trek if you want to experience good food, music and art. Watch out for bigger art installations and bigger bands in the coming months. 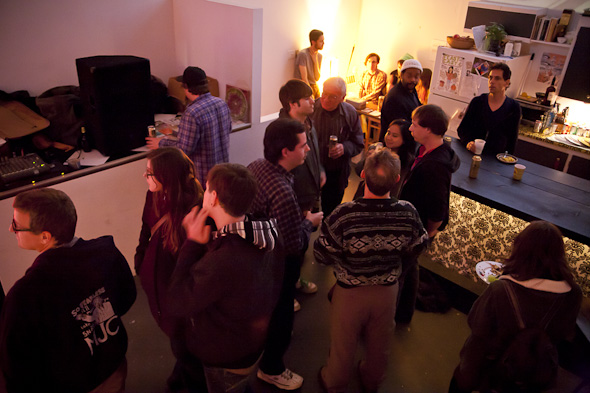