The competition started on Tuesday as 18 talented baristas from different parts of Ontario were each given 15 minutes to prove themselves in front of judges and curious onlookers. After day one, the field was narrowed to six and on Wednesday baristas from LIT Espresso Bar, Detour, Farenheit Coffee, Te Aro, Cafe Pyrus (in Kitchener), as well as one unaffiliated barista jostled for the top spot. 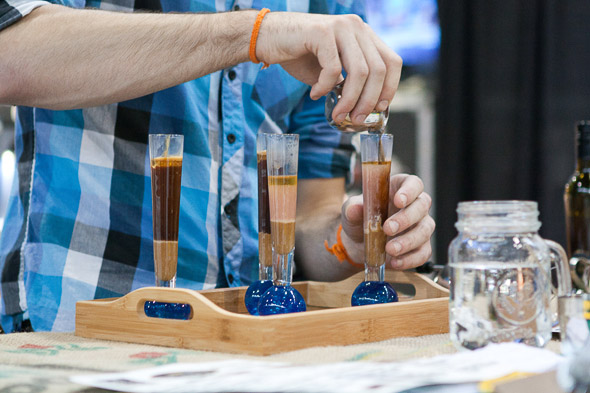 Each barista was tasked with presenting four espressos, four cappuccinos, and four cups of a signature drink of their choice. The finished products were served to two groups of judges: sensory judges who gave marks for taste and appearance and technical judges who assigned scores for cleanliness, tamp levels and other minute details. 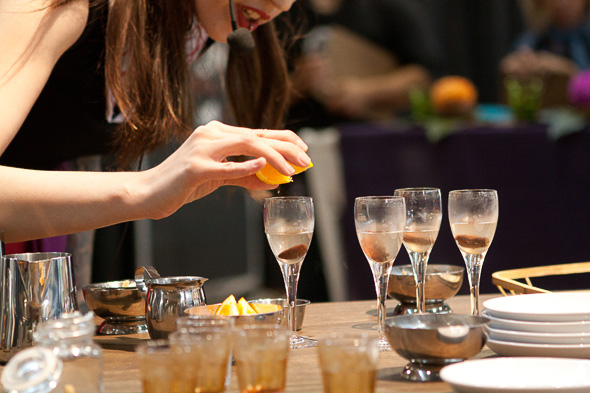 A popular trend this year was to add fruit (or their extracts) to the espresso. Lemon, tangerine, cherries, raspberries and blueberries all made an appearance. In the final round, Woodley won with an espresso concoction of gin and tonic, sparkling water, lemon, raspberry and honey for his signature drink.

Here is the list of the top 4 winners, each of whom will be representing the central region at the national championships later this fall: 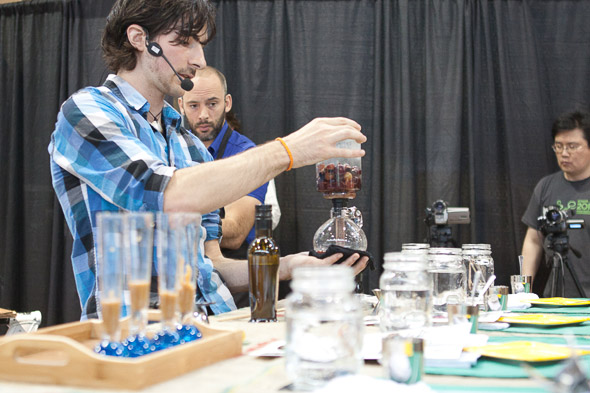 Along with cash prizes and bragging rights, the top four baristas will get to compete in the national Barista Competition taking place in Vancouver on October 2nd and 3rd. 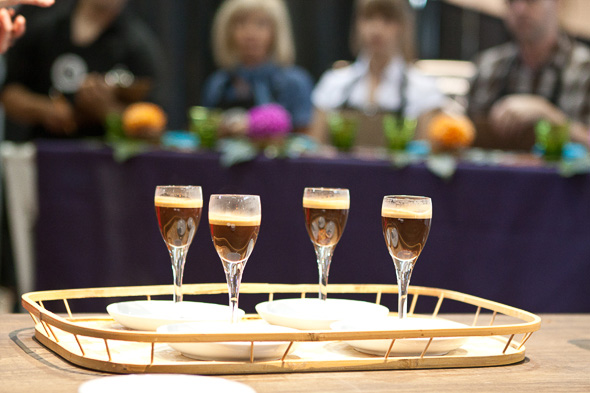 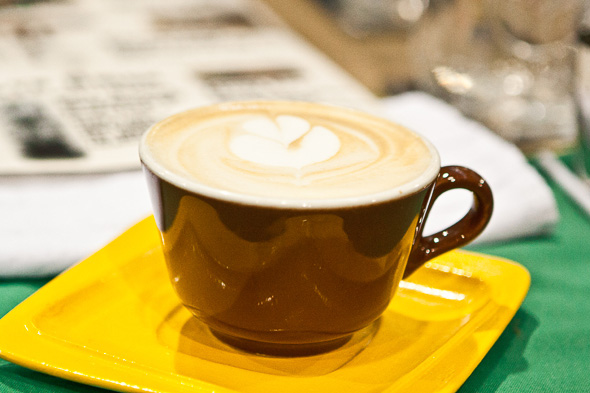 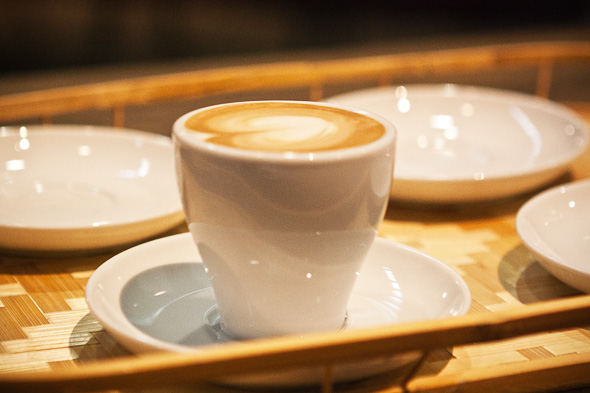 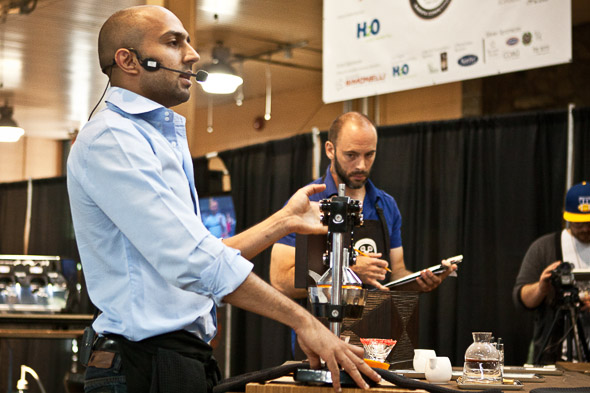 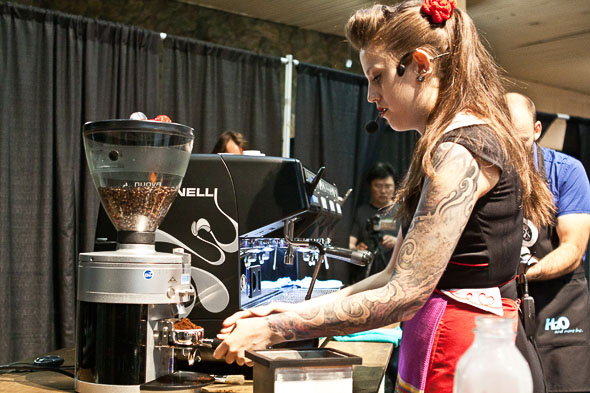 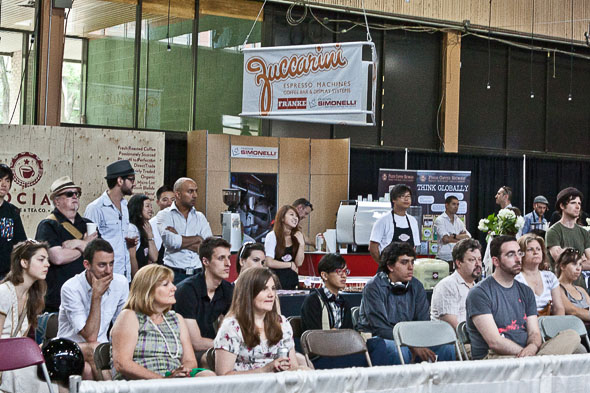 Writing and photos by Jessica Lee