Caplansky's Deli has officially joining the ranks of gourmet food gone mobile. On Thursday, the neighborhood favourite launched a much-anticipated Food Truck, hitting up the Beaches Jazz Festival for its debut night.

While at the Jazz Festival Friday, I stopped by the truck, nicknamed "Thundering Thelma" (after owner Zane Caplansky's Nana) to check it out. 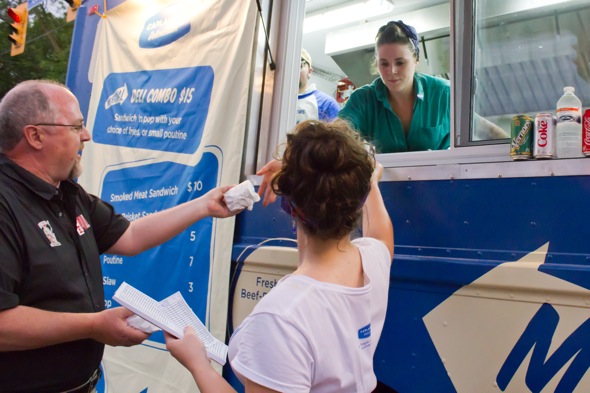 To start off the meal, my friend and I split a Pickle on a Stick ($2). Yeah, that's exactly what it sounds like. I'm a recent pickle convert - and was eager to try a kosher deli pickle. We ordered our entire meal, were given a number, and stepped aside for a few minutes to wait for our food. The pickle came out first - and not only was it giant, it was also deliciously juicy. 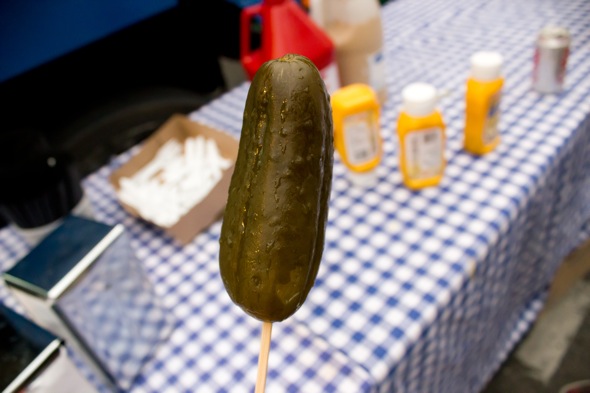 Caplansky's truck had a consistent stream of customers, but little to no line, so our sandwiches came out before we had even finished the pickle. I ordered the traditional smoked meat sandwich ($10, and a favourite) and my friend Mike ordered the BBQ Brisket on a Bun (also $10). 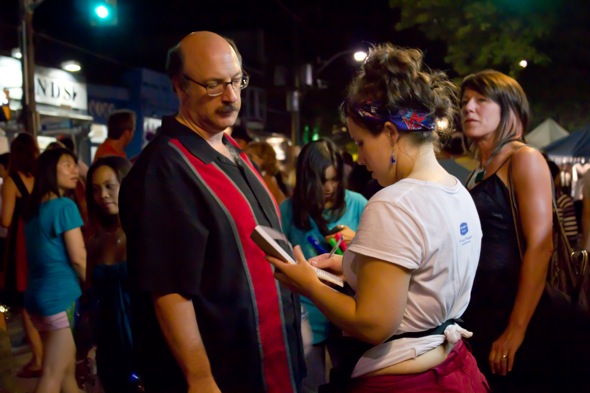 Now, I'm not usually a fan of brisket - but I of course had to at least try it. It was really juicy and saucy (perhaps a little too saucy, in my opinion - but Mike disagreed). The sauce tasted both sweet and tangy, and was a nice complement to the perfectly cooked and seasoned brisket. 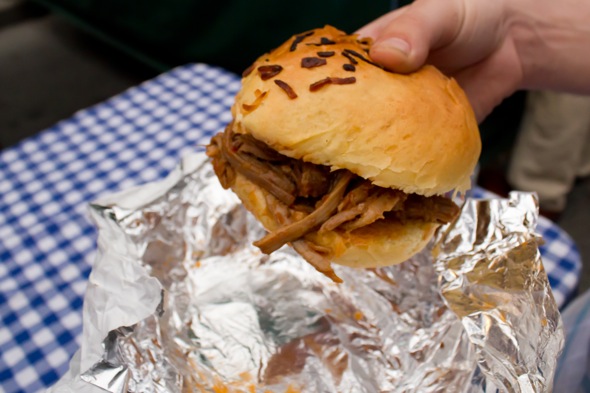 The smoked meat sandwich came with the right amount of meat (not too much, but not skimping) and was exactly the one-of-a-kind smoky flavour I've come to expect out of the sandwich in-store. My only complaint is the mustard pump squirts out WAY too fast, essentially drowning my poor sandwich. Luckily there were some plastic forks nearby to help with that situation - I'll be sure to press very slowly next time. 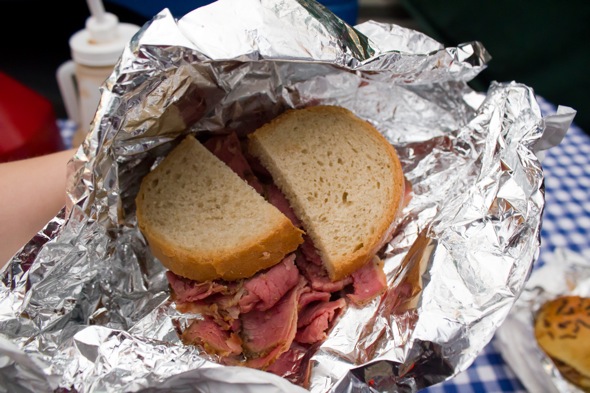 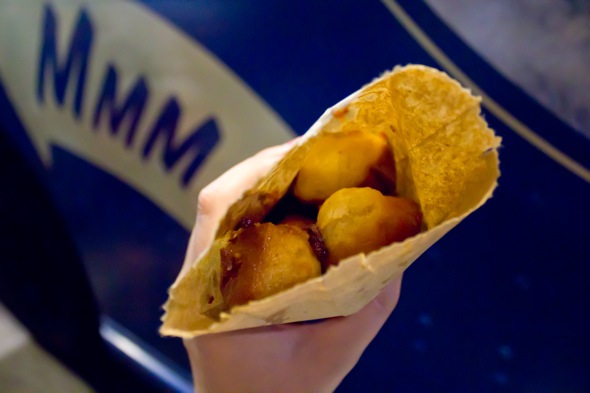 After my first bite, I have to admit I was disappointed. The inside of the donut itself was slightly dry and plain tasting, and the maple glaze over top was lacking a little something, though I couldn't put my finger on it. There was no sign of the beef bacon. After eating three, however, we discovered the problem: all the beef bacon bits had fallen to the bottom of the bag. Once we realized this, and scooped them back onto the donut my opinion changed drastically: they were absolutely delicious. The sweet, sticky maple glaze soaked the bacon bits, providing the perfect compliment to the salty flavour of the beef bacon, and with the extra glaze the donuts no longer seemed dry. 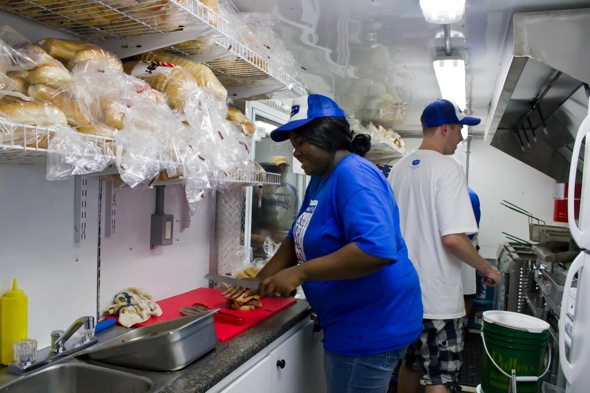 The only thing we didn't try were the fries and coleslaw, but judging by the quality of the rest of the food I imagine it would be similar to the ones found in the Deli.

Thundering Thelma, who has her own Twitter page with updated location information, will be at the Toronto Waterfront Night Market today (Sunday).