Inside Real Food for Real Kids

I thought I would be visiting a nice couple with a Mom & Pop business when I went to visit Real Food for Real Kids. Healthy kitchen, local food, natural ingredients--that's all. But when I got there, I realized Real Food for Real Kids is more than just healthy lunches. Rather, it's a substantial operation, growing by the day, and not just changing menus, but changing the way we think about feeding kids. 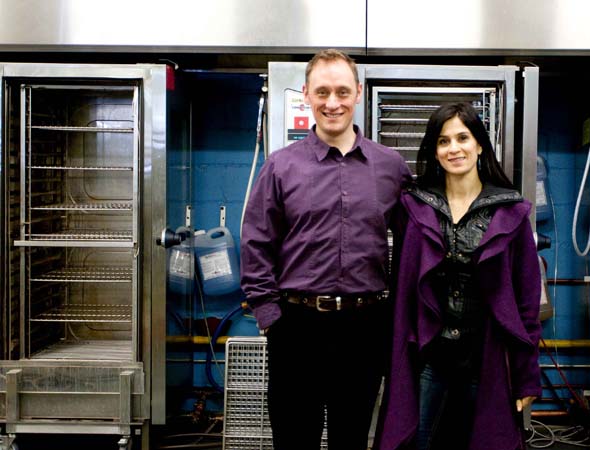 Lulu Cohen-Farnell and husband David Farnell started their all-natural catering company when they were looking at daycare options for their son Max. Despite their extensive search, they couldn't find any centres that would provide him with a real lunch. Not wanting her son to eat the chicken-like nuggets and mac and cheese-product meals with which we've become all too familiar, Lulu sent Max with homemade, from scratch, healthy lunches and snacks. And they soon garnered the attention of the centre's director, who wanted to know how she could help to provide other kids with the healthy food Max was eating. 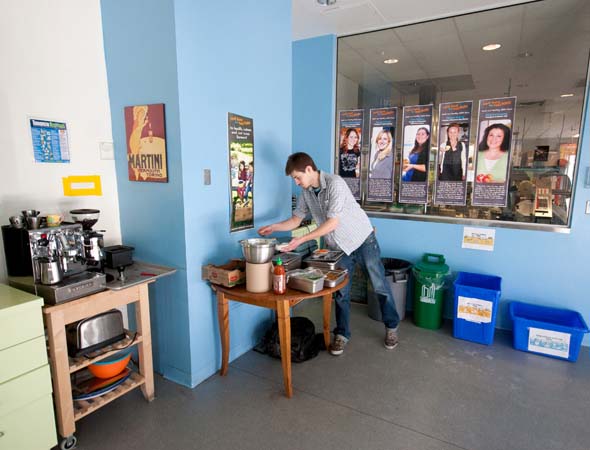 After discussing the options currently available with the director, the couple realized that there were simply no real food options for kids at daycares around the city. So they decided to quit their jobs and start their own company. Today, Real Food for Real Kids is a bustling operation with over 50 people on its team, supplying healthy, all-natural lunches to more than 6,000 kids at daycares and elementary schools around Toronto. 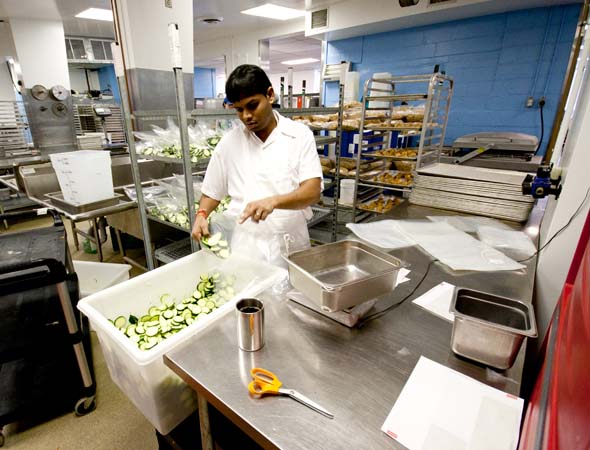 Despite the incredible leaps RFRK has made towards improving kids' access to nutritious food over the past few years, it was clear to me upon meeting David and Lulu that they see their work as very much unfinished. "There's so much misleading information out there," Lulu says as we take a seat in David's office. "Some company might tell you that their chicken nuggets are organic, but they're still filled with shit. Chemicals and preservatives."

"The other companies have tapped into the healthy food idea now," David adds, "but all they're doing is changing their marketing."

"People pay money for food that is fortified," Lulu says. "Foods that claim they have added iron, added vitamins. But all you need to do is just eat real food, cooked properly. It's so simple." 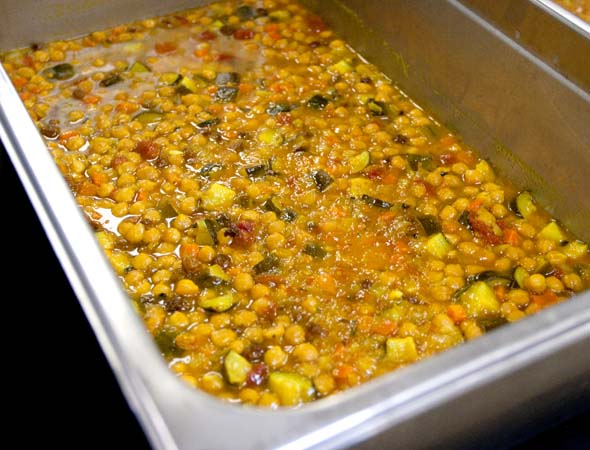 RFRK makes all of its dishes (such as its lemongrass beef stew and samurai zucchini salad) with no artificial colours or flavours, and tries to use local and organic produce whenever possible while keeping healthfulness a priority. Despite my preconceived notions, David assured me that the cost is not as much as you would think. "The difference is about 15 to 50 cents per child per meal," he says.

"The privately-owned groups tend to be the most nimble when it comes to cost," he continues. "Most parents are happy to pay the little extra." But some even some of the bigger groups have signed on for meals with RFRK. The YMCA at Jane and Finch
is one example. 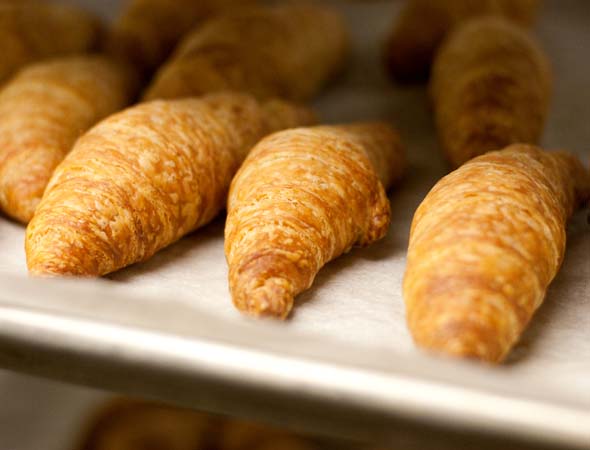 "These are kids who might not be able to get this type of food at home," David says. "But the decision makers there really understood the importance of getting them healthy meals."

The RFRK vision goes beyond just feeding young kids good food. David recently spoke at the Ontario Public School Board's Annual General Meeting, explaining the possibilities of new models of running high school cafeterias. "The problem with the current model is that the cafeteria budget is constrained to its students," David says. "And as it is, kids are already going across the street to buy their lunches or restaurants around the corner." 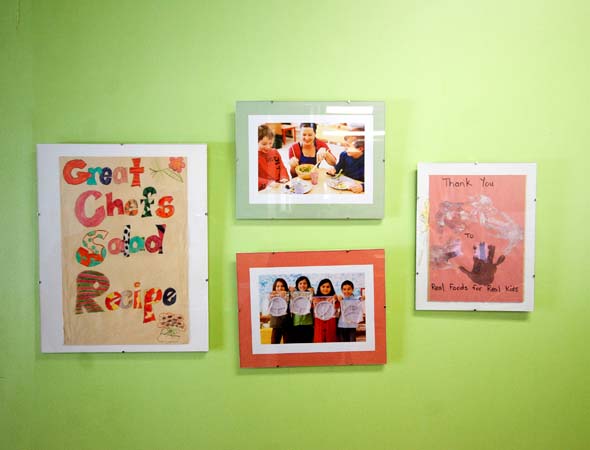 David and Lulu have conceived a model whereby high school cafeterias prepare healthy meals on site, made available not only for its own students to purchase, but supplied to neighboring elementary schools for lunch programs. "It makes sense," David explains, "because there are five or six elementary schools feeding into every big high school." David says the proposal received a standing ovation from a third of the trustees, led by the student trustees. "It was clear the students are really on board with this type of thing."

As we get up to leave, I ask David and Lulu about their commitment to local food. "It's not just about local food-growing," David replies. "It's local food-making. You can have as many local, organic farmers as you want, but if there isn't anyone with the proper equipment to prepare and process it, it won't make a difference. That's why we need more institutional buyers for local farmers, those who will produce healthful, nutritious food." 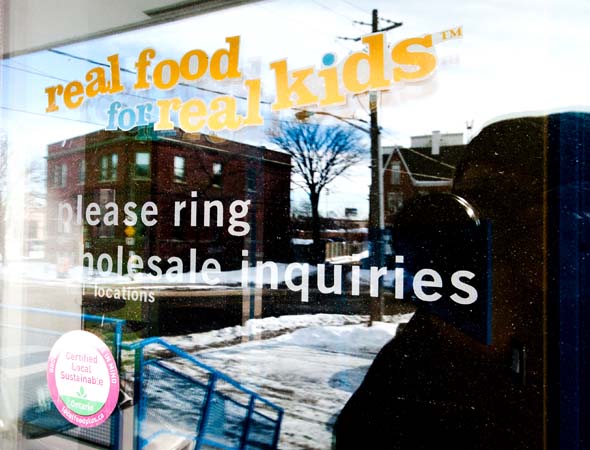