Let me just get one thing out of the way first - what is the big deal about Frogurt? Sure it's fun to say, but it's not as good as ice cream, and chances are you're eating it because you don't want the guilt associated with the trip down 31 Flavour Lane. Maybe you prefer the taste of non-fat vanilla to say, "World Class Chocolate" (to which I question your sanity).

I'm an ice cream girl all the way, but with a few futuristic looking shops opening up in the city last year, I had to wonder if I'm missing out on some kind of 端ber-food, one that possesses a mysterious ability to satisfy my sweet tooth, but not undo my tepid attempts at exercise. Since my personal bias for ice cream is established, I feel qualified to enter the mysterious world of Fro Yo as a curious and neutral observer. Let the battle begin! 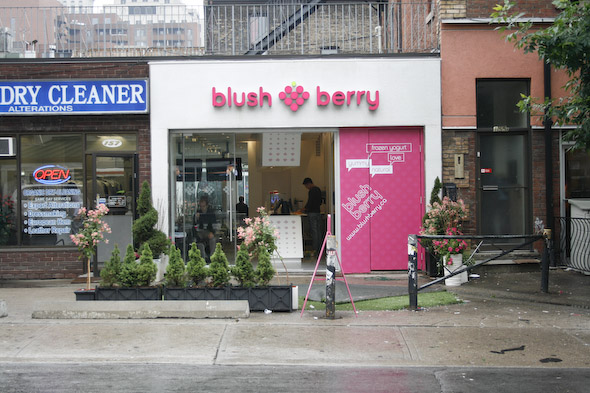 The little store at John and Queen West has a cute patch of fake grass out the front, and when it's not raining, tables are full with young girls taking a mid-day break from a hard day shopping at Sirens. 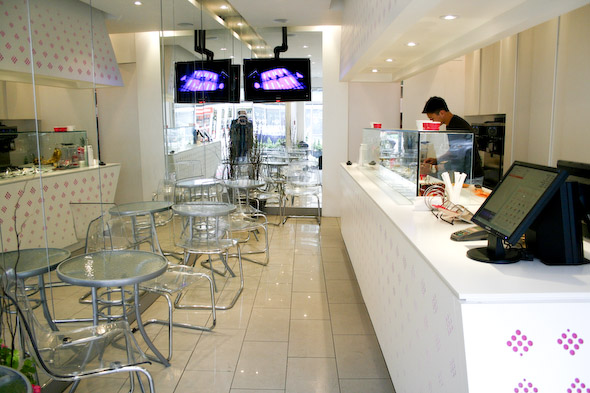 The toppings are laid out behind glass, and at first my eyes wandered over the juicy looking strawberries and various other healthy cut fruit choices before they landed on the holy grail, the motherlode, the alpha and omega of my childhood, Fruity Pebbles. Do you know you can't even get those in Canada anymore? I quickly rationalize a 1/4 cup of sugary cereal over top a virtually calorie free, fat free, frozen dairy something or other and order up a small ($3.60). 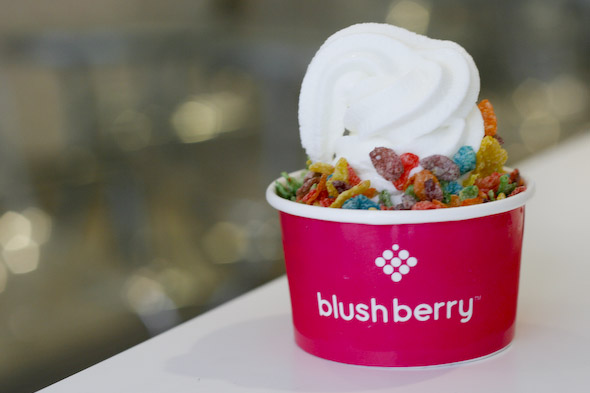 Much to my surprise, it had the tart, distinctive taste of yogurt - lacking in the vanilla department though. The texture was a bit like gelato and it melted much faster than ice cream. I give the frozen yogurt a solid "meh", but award extra bonus points for the Fruity Pebbles. I feel good, almost guilt free, almost because I'm not totally sure what is in this stuff (no nutritional info on the website), and only slightly shameful for my reaction to the topping. 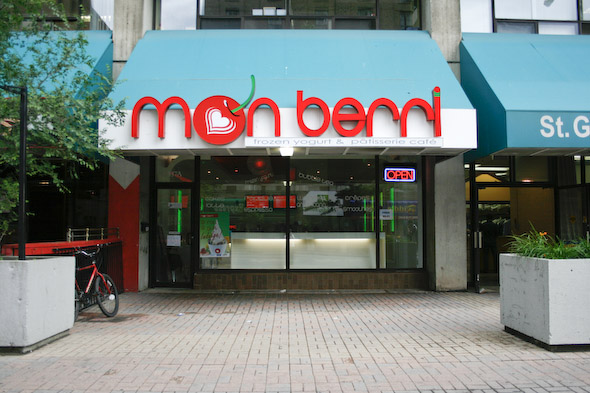 Mon Berri, on the other hand, scores the same points for having "berry/berri" in the name, looking like an alien spaceship with a minimalist interior designer, and having similar offerings. Topping choices were similar with cereals, fruits and sweet syrups - to get the most accurate comparison, I got Fruity Loops. 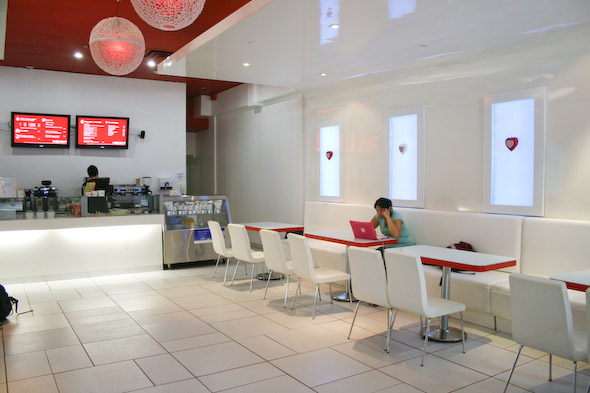 Mon Berri stood apart with a much creamier texture and more vanilla-y flavour (they call it "original", not vanilla). They also had more topping choices, and a wider menu ranging from smoothies to fondue's for two, while Blushberry had some kind of mysterious cookie that is only available in the winter.

Neither website offered nutritional information, but according to staff, Blushberry's small vanilla runs about 90 calories and zero fat. Mon Berri comes in a bit higher, ranging somewhere between 120 and 130 calories for a small (also zero fat), and the owner said that's because his company sources liquid yogurt with certified live cultures, and speculated that other stores might be using a powder base - resulting in less calories but a less authentic yogurt taste and texture. 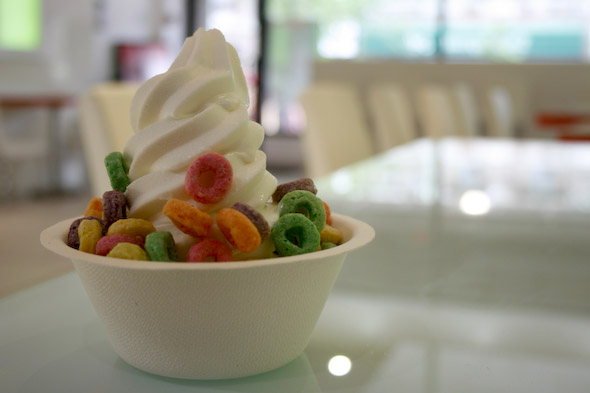 Blushberry was perfectly fine, but Mon Berri made me rethink this whole anti-frogurt stance of mine. It's nice to know that I can get a treat that isn't going to cost me an hour on the elliptical and could even get me a serving of fruit (when they're out of fruity pebbles, of course).

Mon Berri for the win.