Fossilized cricket brulee just one of many Toronto Tastes

Toronto Taste went down on Sunday as more than 1,500 foodies descended on the ROM to support Second Harvest. On the menu was an assortment of gourmet and unusual creations including ostrich egg custard with "fossilized" cricket brulee. Yum.

Chefs Marc Thuet, Donna Dooher, Mark McEwan and Michael Smith were among those on hand dishing out samples of their yummy food, in an evening that paired cuisine and compassion.

For those not familiar, Second Harvest is a charitable organization that picks up donated, perishable food which would otherwise go to waste, and deliver it to over 200 social service agencies in the GTA. Last year they delivered 5.7 million pounds of food to feed those who are hungry in Toronto.

Chef and cookbook author Bob Blumer hosted the evening, along with Kevin Brauch, from the show The Thirsty Traveler. There was a fine wine auction with some bottles going for hundreds of dollars. One collection of wine was valued at $1,781, which is enough money for Second Harvest to provide 3,562 meals. 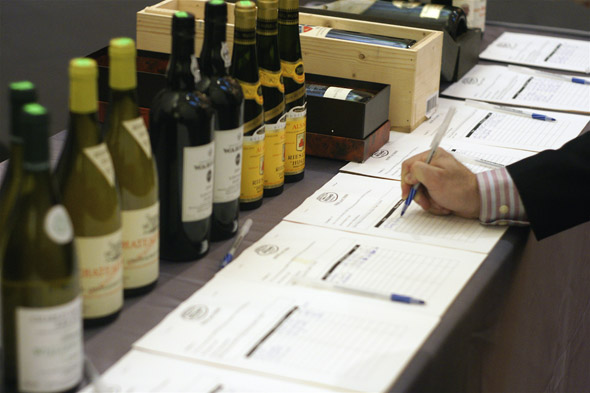 Greeting me upon arrival was Roger Clown with his little guitar 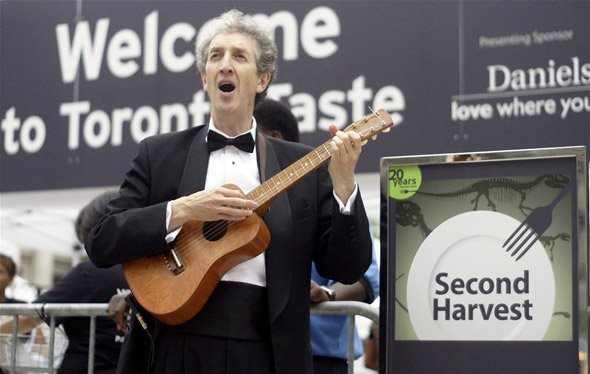 Scattered under tents along the front of the ROM were dozens of sampling stations. There was such an abundance of good food and drink to try, it was almost overwhelming.

One sponsor provided these neat little clip holders that I could put on my plate so I'd free up one hand while I ate with the other. 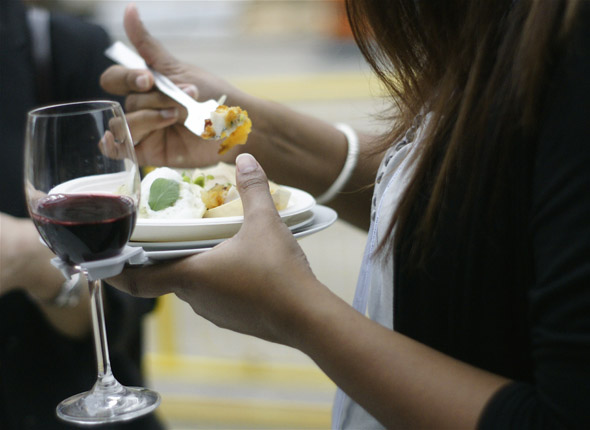 You may wonder how this worked with a glass of beer. It didn't. But I must admit, drinking Cameron's Dark 266 out of a wine glass tasted a lot better than I thought it would. 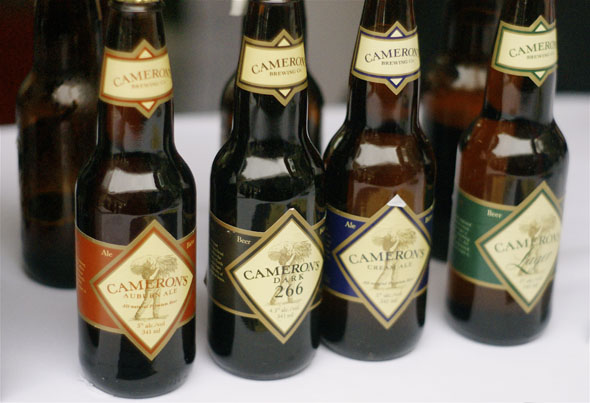 I found the organization of the booths rather random, with appetizer and main course fare offered alongside desserts. I had to skip a few vendors until I had something more substantial in my system before circling back to indulge in the delectable sweets. 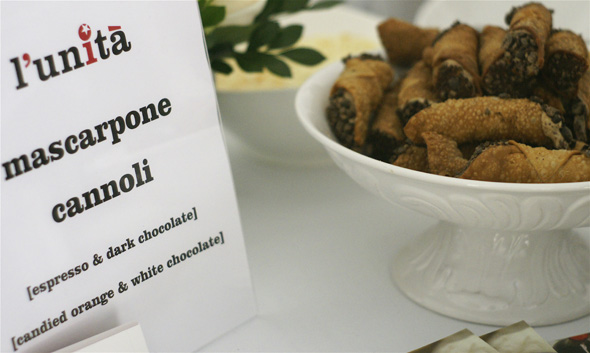 The only bite I regretted taking was early on, when I tried a cold "pan fried chicken and quinoa burger served on a warm mini ciabatta bun topped with tantalizing rhubarb chutney." I bit into something rock hard and had to quickly find a napkin and inconspicuously spit out the offending morsel.

I cleansed my palate with some of these fresh fruit skewers, courtesy Sanci's Wholesale Produce. 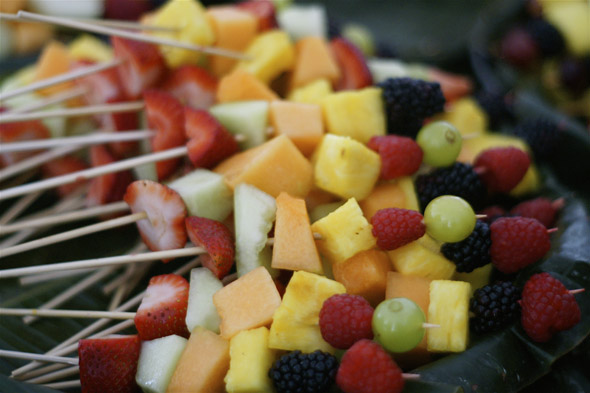 Then I tried perhaps the most tasty mushroom torte with some sort of goat cheese cream on top, provided by veggie eatery Fresh. 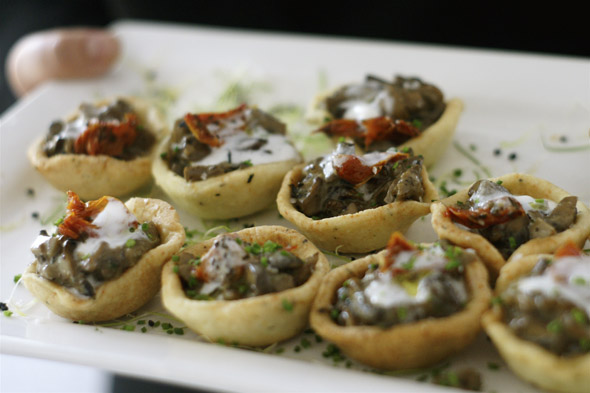 Then I sunk my teeth into a few juicy pieces of medium-rare steak from Jess Ostlund, Executive Chef at Ruth's Chris Steak House. Beefy! 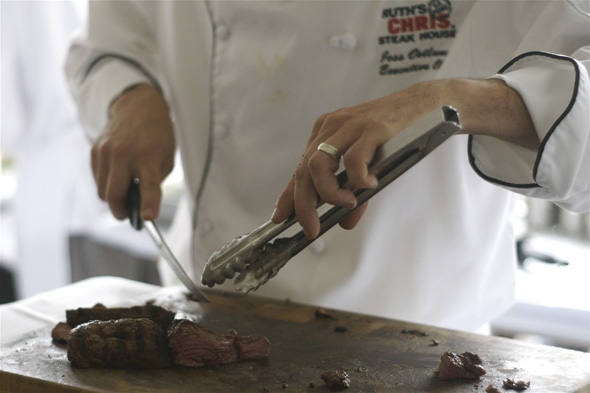 But it needed a bit of something else to go with it, so I got a glass of red from Kendall-Jackson Wine Estates. 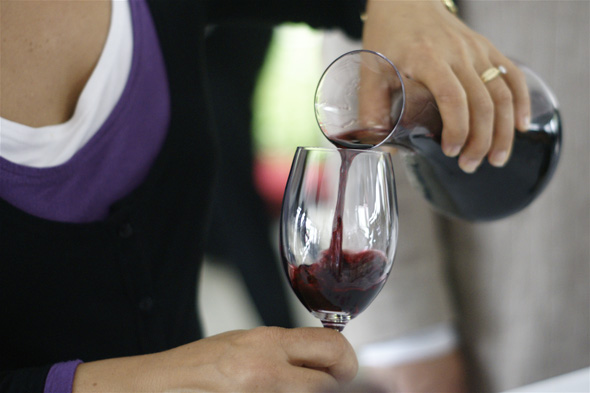 By this time, I was craving another palate cleanser, so I sampled some Sicilian Tangerine & Iniskillin Reisling Ice Wine sorbet, offered by Hart Melvin and Gelato Fresco. 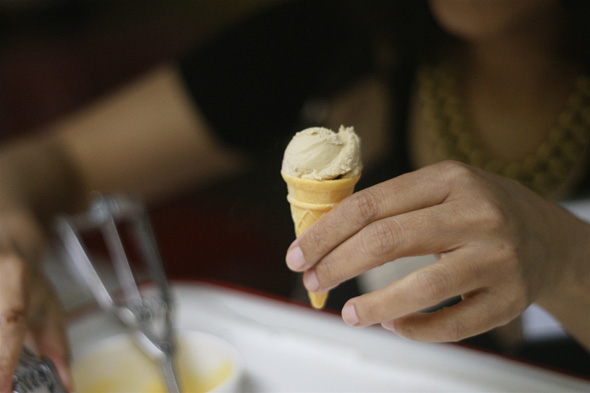 I'm pretty sure I'd had my fill at this point, but an announcement's made that there's more food and drink to sample inside the ROM. I somehow found some room for some of the tastiest chocolate, served up by this cigarette girl from Xococava. 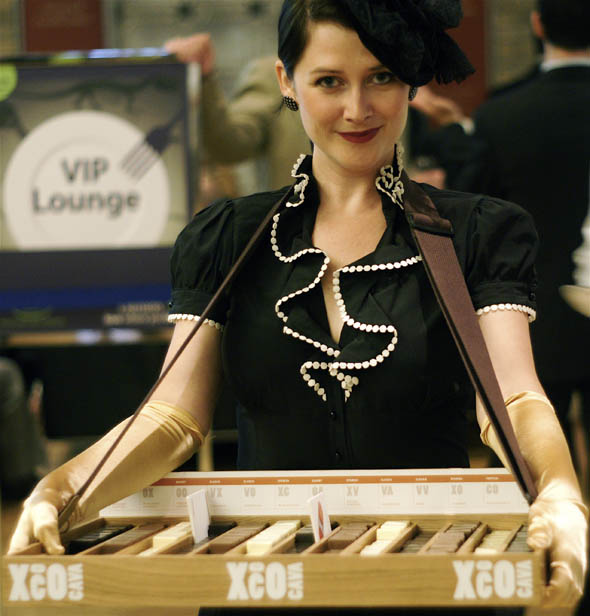 After about three hours of wandering around with food on my plate and drink in my hand, I felt privileged to have been able to sample such a variety of fine food and drink, at a fundraiser that helps provide food to those less fortunate. 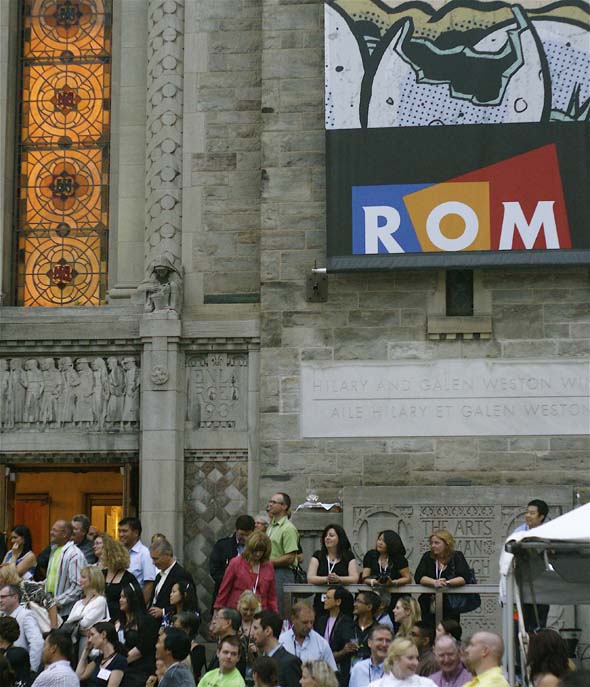 If you missed the event but still wish to support Second Harvest, their online auction runs until June 23, with new items going live every few days.