Is The Zappi Factory the Dawn of the Toronto Street Food Revolution?

Radek Maj is the owner of The Zappi Factory - a portable kitchen complete with running water, electricity and a convection oven - and he wants to revolutionize Toronto's street food scene. He's not alone.

Toronto's A La Carte program was born of similar cravings. But the project, designed to expand the city's street food beyond the humble hot dog, has been mired in bureaucracy since its inception. Eight months after launching, proprietors of the city-issue stands fear they are falling off the cart, citing licensing costs and cumbersome breakdown-prone vehicles as the recipe for their demise. 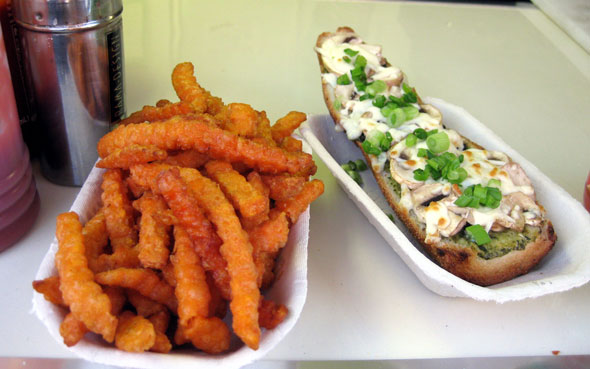 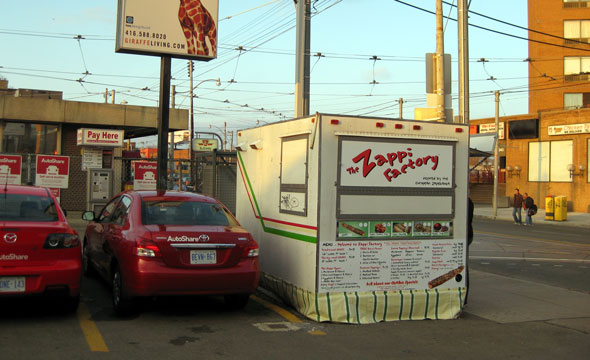 Ostensibly the most multicultural city in the world, Toronto should be able to draw on all its culinary cultures, serving the tastiest street treats from the world over. But so far it seems our tendency towards regulation has trumped our skill at sourcing and serving authentic international street treats. Although we'd hoped for so much more, hot dogs still rule the roads, and the A La Carte program is starting to smell like old sauerkraut.

An outspoken critic of A La Carte's problems, Radek Maj developed his alternative street food model for an independent study at Ryerson. To comply with food safety requirements, Maj designed his own portable kitchen, a self-contained unit complete with running water, electricity and convection oven. Although he won't disclose the grade he got at Ryerson, he hopes to score an A with Toronto foodies.

The Zappi Factory - currently found outside Dundas West subway station at the corner of Bloor and Dundas West - specializes in customizable versions of Polish zapiekankas, open-faced baguettes traditionally garnished with mushroom and cheese. I opted for a twist on the original, ordering a pesto-feta base with mushrooms, cheese and spring onions. The result was delicious, each crispy bite of toasted St. Phillip's baguette topped with a medley of salty feta, chewy mozzarella, savoury basil and earthy grilled mushrooms. 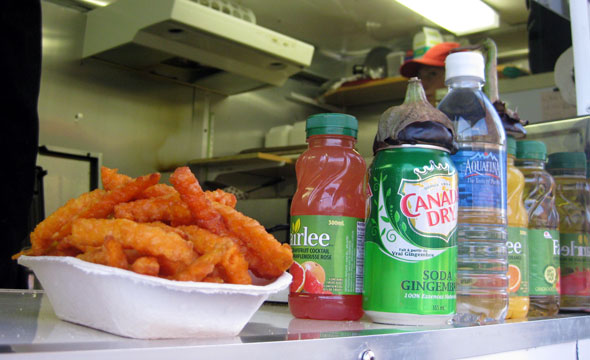 Although Maj warned me that his sandwich concept has been trademarked, I do make similar cheese toasties at home - and have been serving them to guests for years. To me, this is one of The Zappi Factory's strengths - that it brings healthy, gourmet home-cooking straight to the street. And lest you worry that all the dishes taste like kitchen-favourites, try the sweet potato fries. Impossibly light, and perfectly crisp, I only wish I could pull these off on my own.

For redeeming my hopes for Toronto's street food scene, The Zappi Factory earns my A+. And while I look forward to eating there again, I hope the city will take note of this success, and work to replicate it. In my dream for Toronto, The Zappi Factory will be just one among a network of amazing, successful street-stalls, and we will finally take our place as the world's number one street food city.

For more on the history of Toronto's street food legislation, check out "The Edible City", available at Coach House Press.