The 25th annual Vegetarian Food Fair took place this weekend at Toronto's Harbourfront Centre. Despite having excluded one of the major food groups, the festival was bursting at the seams with booths displaying delectable meat alternatives and, my favourite, abundant samples.

In the past, I have made mild attempts at becoming vegetarian that never lasted longer than two weeks. This is mainly due to my lack of culinary competence, and the fact that greasy cheeseburgers are my ideal hangover food. 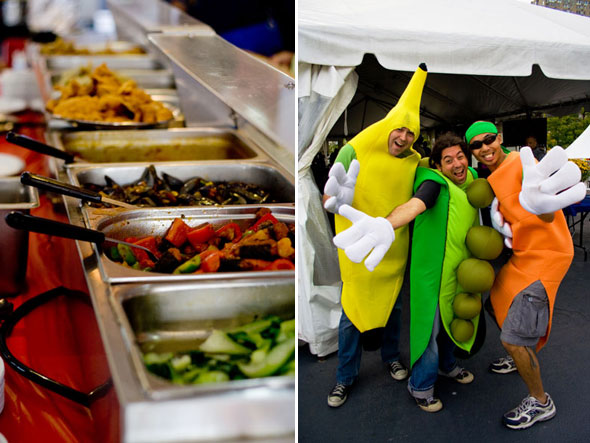 However, the fair had numerous cooking demonstrations and talks geared towards the less vegetably-inclined wannabes similar to myself. These demonstrations highlighted easy-to-make recipes that fulfill all the nutritional requirements while still managing to taste good.

The fair also focused on locally grown, organic, and fair trade options available to the vegetarian consumer. One of the more popular booths at the fair was Sweets from the Earth Desserts, which boasted delicious vegan fudge, cheesecake, and other pastries made without using eggs or dairy products. 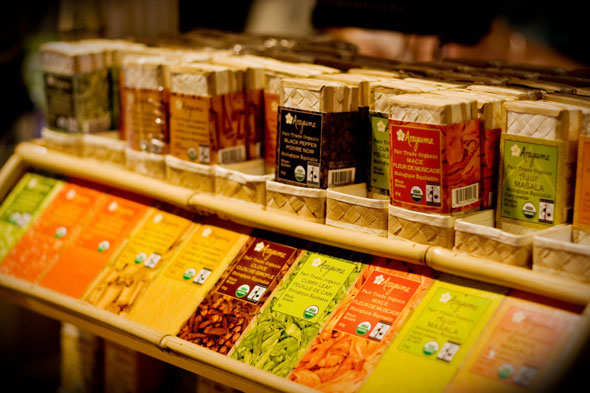 Those with a sweet tooth could also find delight by visiting GoBio, which displayed an array of gummy bears, licorice, and other candies. Any guilt I felt while feasting on these tantalizing sweets could be slightly drowned out by the mantra "Hey, at least it's organic" running through my head.

While walking around to the humble acoustic set being played on the Redpath Stage, I was more than a little envious of the tired fair-goers decompressing at Shiatsu by Sher's while others lined up outside another booth offering massages nearby.

With the fair's diverse lineup of exhibitors, it was clear that it had a little of something for everyone. Even those who are not vegetarian could pick up a few tips and tricks on making those vegetables that much tastier and meals that much healthier.

This year's Vegetarian Food Fair was definitely one of the most appetizing vegetarian experiences I've had yet. Who knows, maybe by the time the 26th fair rolls around I'll be a successful vegetarian, and greasy veggie burgers will be the cure my hangovers.