On a Greektown street corner, three fruit stands fight for business as the bounty of the fall harvest hits the market, all apparently thriving in defiance of what a basic business class would teach us about competition and proximity. Until a few months ago, Fruit King and Valley Farm battled for the same customers across Danforth at Logan Avenue, but when a third stand, Fruitland, set up right next door to Valley Farm, it raised the question as to whether or not the street was apparently able to support the same richness in fruit and veg sellers that it boasts in souvlaki joints. 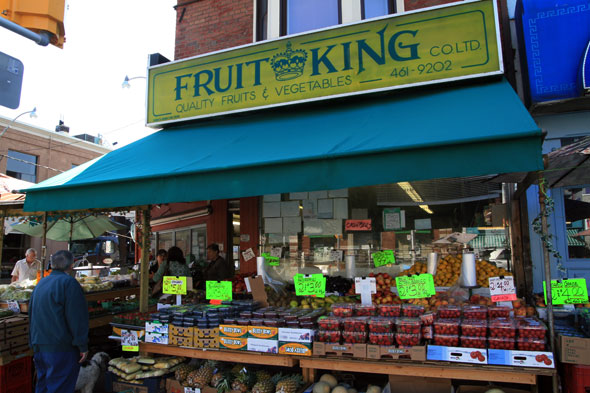 May Su, the owner of Valley Farm, says she welcomes the competition, and insists that it's "good for all of us." She's run the business for almost 5 years, and says that "people see the different quality" in her produce. Ronald Tran is the manager of Fruit King, in business since 1990 on the opposite corner, but he's across the street at Fruitland, next to Su's store, when I talk to him, as both stands are owned by the same family. 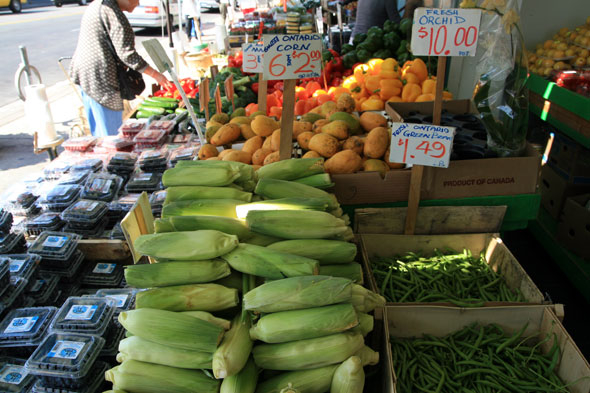 It turns out that a running dispute with the landlord of Fruit King's building prompted the family to take the lease on the storefront next to Valley Farm, as insurance that they'll have a spot on the apparently successful corner no matter what happens. The landlord wants to put up a 4 storey apartment building, but troubles with zoning on the tightly regulated Danforth strip could mean he'll be tied up for three more years before anything happens, Tran speculates.

"This is nothing compared to 20 years ago," Tran says, when there were 9 fruit stands just a few doors from each other near Logan. He recalls names like Sunkist, and that they were open 24 hours a day, but now there are just five in the same stretch, including the trio at Logan. 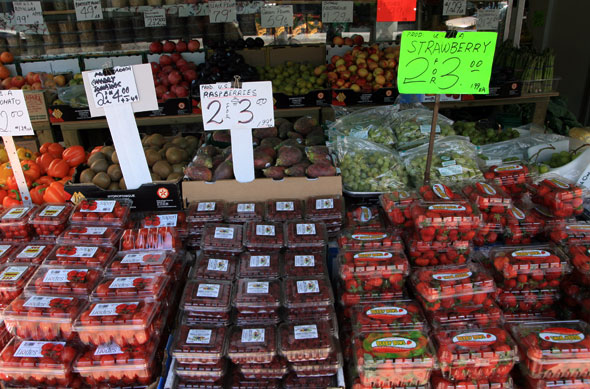 Pushing a stroller as she leaves Su's shop, Anna says that she "almost always goes to Valley Farms." A local, she feels loyal to the shop, and felt bad when Fruitland opened, but admits that she does comparison shop between the two stores.

Across the street, Julie and Jonathan leave Fruit King, Jonathan holding two leafy stalks loaded with Brussels sprouts. She says that they don't have any particular loyalty, and go where things look freshest, but he says that "it's weird that they're owned by the same people," nodding toward Fruitland across the street, "because the produce and the prices are usually different."