Toronto Festival of Beer is Hoppin'

Thursday's happy hour began at 4 p.m. this week to mark the beginning of this year's Toronto Festival of Beer. Running until Sunday at its new location in Exhibition Place, the festival hosts over 200 brands of beer from around Canada.

In no way do I consider myself a connoisseur when it comes to the art of tasting beer, so I did my best by wandering around and trying the brews I'd never heard of. Which, in all honesty, was most of them.

With five drink tokens to my name, I found myself sipping the beer they call Korruptor by Trafalgar Brewing. Trafalgar boasts two of the strongest beers at the festival at 15% and 16%. The beer was a little too strong for my taste, but how could I say no to 15%? 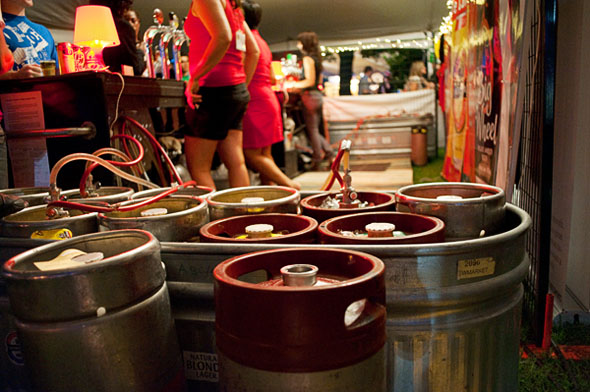 A beer that was much easier for me to down came from Nickel Brook Beers. Their Green Apple Pilsner was (please don't judge me) one of my favourites at the festival. It tasted like a cross between cider and liquid candy, which is a delicious combination. 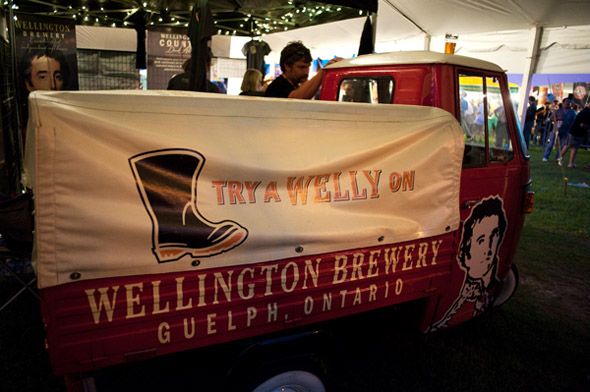 Devil's Pale Ale, which I seem to remember as being a little darker than I expected. I also found myself enjoying the Polish beer Tyskie, and Flying Monkey's Pale Ale. It is also possible to grab a glass of the elusive Bud Light Lime, which tasted more like lime than beer.Beyond all the draughts, the Toronto Beer Festival is also hosting several bands including Arrested Development and Cuff the Duke later this weekend. Another fun activity is down by the Steamwhistle tents where you can get a box made into a hat depicting anything from a plane to a mohawk, and I even saw a guy wearing a curvy lady.

If you want to take in the sights and drinks for yourself, tickets start at $45. Tokens are $1 each, with one token getting you 4 oz of the beer of your choice. Easily accessed by the 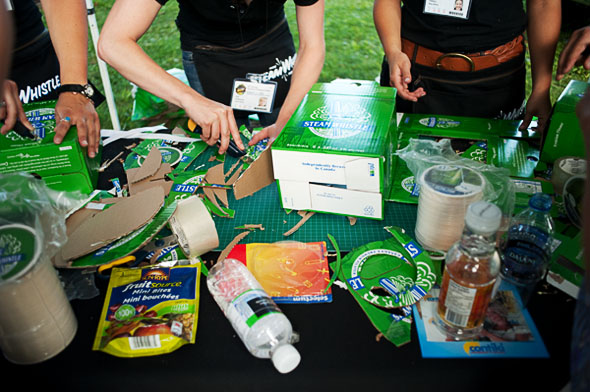 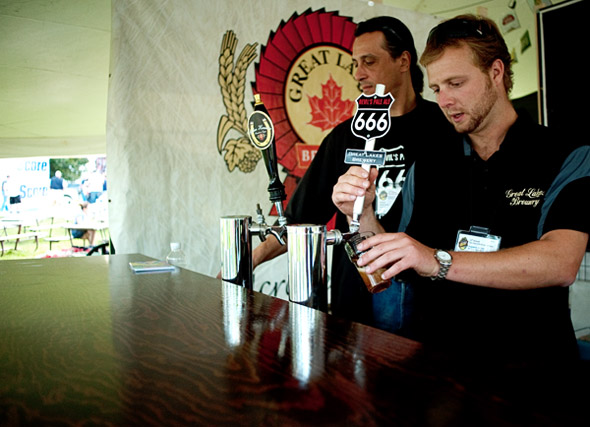 and cabs, it's the perfect event to take a break and leave the cars and kids at home. Saturday is sold-out, but if you're bored with what you're drinking and looking for something new, the Toronto Beer Festival may be just the place for you on Friday and Sunday.