I am always interested in what food can tell me about a person. In "The Fridge Files" I give a candid snapshot of random and willing Torontonians' lives by rooting around in their fridges.

I've taken this idea and given it a summer spin in the Garden Files, where I dig around in Toronto's gardens.

Making Good Use of Small Spaces

Sarah gets her bright green thumb from growing up on a farm outside of Stratford, and has been "working the land" in and around their Toronto home for about four years now.

The space used for gardening spans their entire property - aside from the beds adjoining the front of the house, there are also two new raised beds in the front yard (Chris and Sarah built them this year), a small plot on the side of the house, and great backyard space. 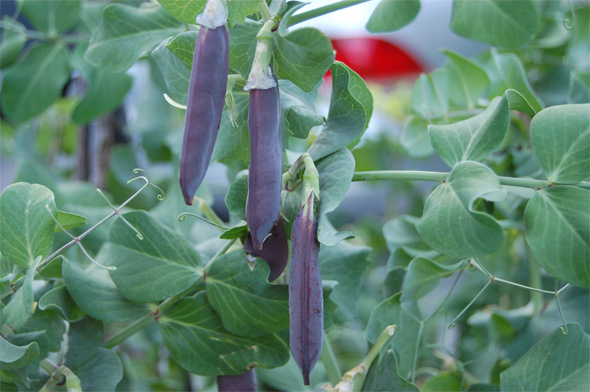 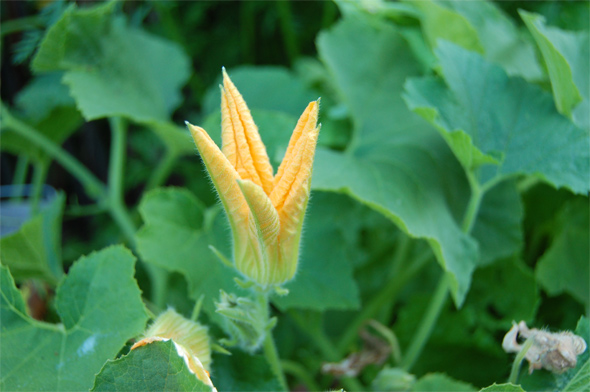 On the side of the house there are bunch more tomato plants and some kohlrabi. In the backyard (where there isn't all that much sun) there are some more potted tomato plants, a big pot of mint, and a thriving potted horseradish plant as well. 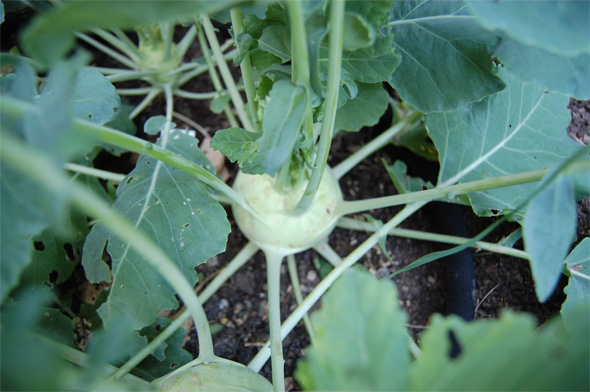 Fitting In On The Block

The rustic edible garden that makes up most of Sarah's front lawn stands out against the backdrop of well-manicured ornamental gardens on the rest of her street. She sometimes worries that it might be an eye-sore to her neighbours, but the happiness that spreads across her face as she walks me through her garden tells me it isn't a major concern. She is providing herself with a source of food that is entirely local and totally satisfying, and that in and of itself is a beautiful thing!

But she has been trying to incorporate some of the principles of "Potager Gardening," which is a gardening philosophy rooted in 16th century France. For her garden, this has meant trying to plant things in a more symmetrical layout and including edible flowers like nasturtium and pansies for punches of colour.

Plans for the future include fruit trees done with the " 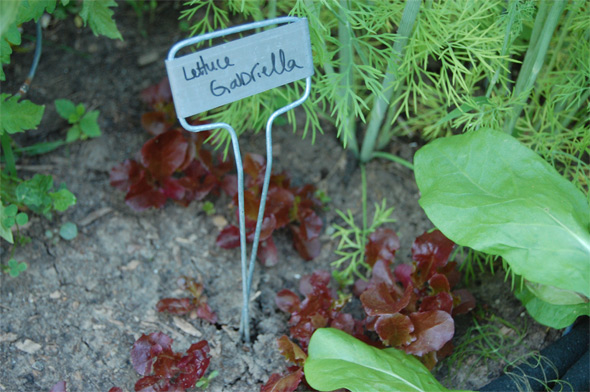 Sarah has a whopping 39 tomato plants ("Tomatoes are like a religion for me"). This means that she will have A LOT of tomatoes (assuming the weather co-operates and the fruits make it to maturity).

All the tomato plants are started indoors in late winter (with the help of a grow lamp) and get transferred outside once the earth is workable. When I visited, the smallest of the plants were about my height (5 and a half feet). She gets her seeds from Terra Edibles, and loves the quality of their seeds. They seem to be superpowered - they take off like a shot and have always done better as seeds than any hybrid variety she's picked up at the store.

And the variety! Heirloom varieties are something she has really gotten into over the last couple of years, and has 16 different varieties spread across the 39 plants. With a rainbow of colours and flavous, some of the varieties include Red Brandywine, Purple Russians, Black Krim, Ox Heart, Hillbilly, Black Sea Man, Tigerella, and pretty little Yellow Pears. 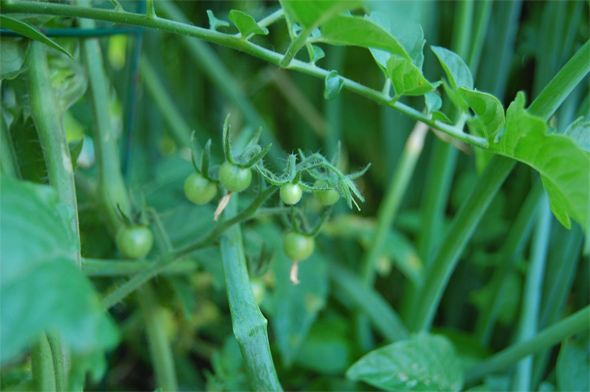 Chiles are a must-have companion for her tomatoes, and together they become salsas that are canned and enjoyed all year round. She also plans on canning plain tomatoes and tomato sauce.

Some plants can be put into the ground all the way up until August, and Sarah will be planting kale (Italian Lacinato Nero Toscana; aka Dinosaur kale), chard, and another radish called Icicle, which all like cooler fall weather. These will go into spots that are finished up with veggies - like where the radishes, beets, and carrots were.

As things keep on growing (even in this less-than-ideal growing season), Sarah will continue to make the most of her garden.