Meat Sticks, The Fish Store and Gelato Fill Me Up at the Taste of Little Italy

Toronto's street festival season was in full effect this weekend with the Taste of Little Italy. Despite the erratic weather, College Street was transformed into a bustling Italian style piazza as thousands of individuals enjoyed a weekend of singing, dancing, drinking and of course plenty of eating. Now in its 11th year the street festival is a popular tradition among carb lovers in and around the city.

In the name of multitasking I decided to combine my visit to the festival with a fathers day lunch. Deciding to forgo standing behind the velvet-roped patios (yeah I'm looking at you snotty hostess/bouncer at Vivoli) we opted instead to taste test our way from Bathurst to Shaw, sampling delectable street food and enjoying the musical performances along the way. 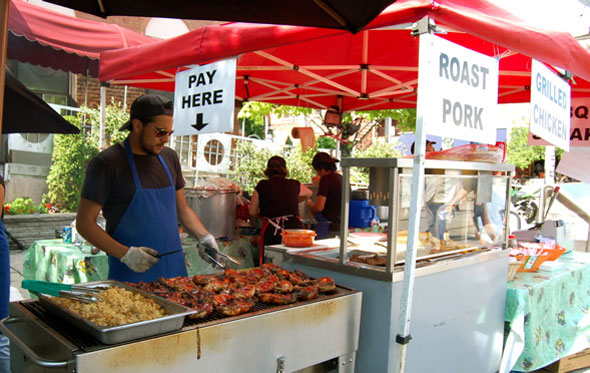 After dabbling in a variety of meats on sticks from the BBQ at Cafe Diplimatico and numerous sampler size plates of pasta I couldn't resist picking up a salmon sandwich from The Fish Store.

In order to ensure the inevitable food coma I would find myself in later that night we rounded off our multi-course lunch by indulging in one of College Street's most notorious dessert options. The line up at Dolce Gelato can get pretty lengthy whenever the temperature creeps above the 20-degree mark. 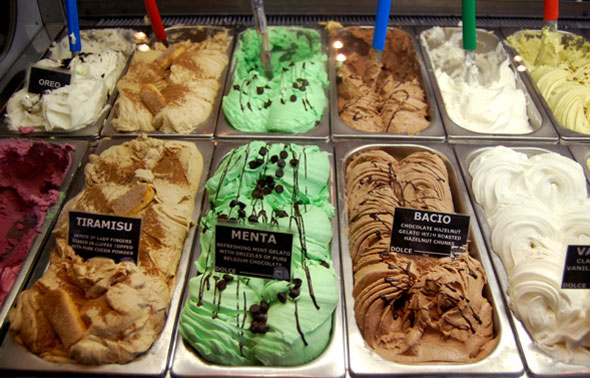 Yesterday's beautiful weather and thousands of hungry festival goers resulted in a wait time of epic proportions. I endured the crowded cafe for my scoop of stracciatella, largely entertained by the rowdy and disgruntled soccer fans watching an afternoon broadcast of Italy's crushing 0-3 loss to Brazil.

While it may take me a while to burn off yesterday's high caloric intake the festival was, as always, well worth the sweaty streetcar ride. Taste of Little Italy is of course, only the first in the long run of street festivals that we can look forward to throughout the summer months.

Note: These festivals are best when attended on an empty stomach and may result in self loathing followed by numerous workout sessions. 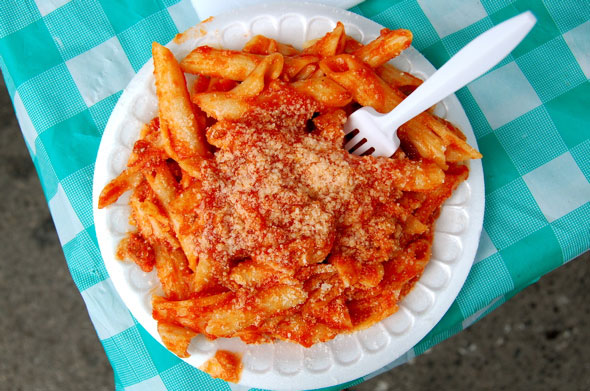 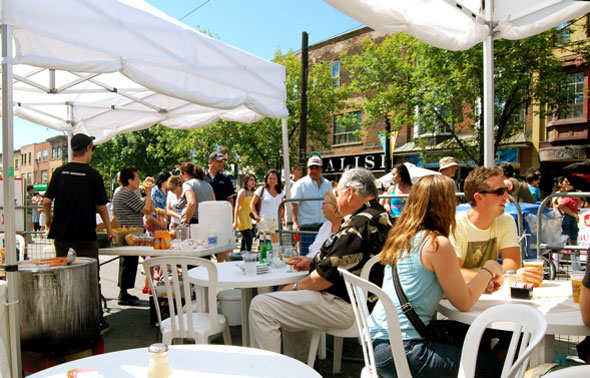 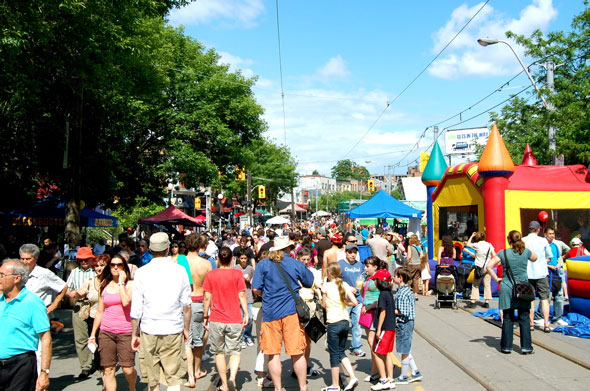 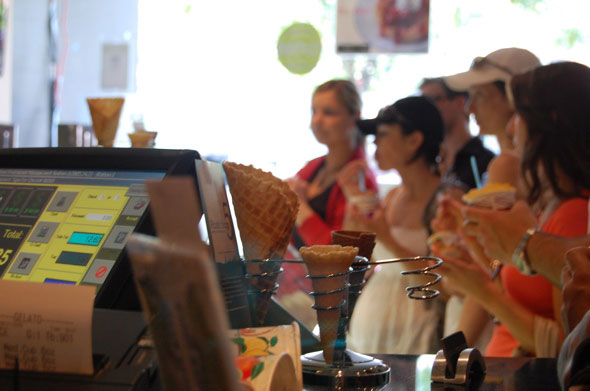