Toronto Wine & (Not So Much) Cheese Show

This past weekend I took in the Toronto Wine & Cheese Show at the International Centre. Aside from the fact that the Toronto Wine & Cheese Show is held in Mississauga (hmmm... interesting) and the Malton GO station was undergoing construction that forced GO riders to climb across tracks, over dirt heaps and through broken fences to access the venue, the first thing to really strike me was the lack of cheese.

On Sunday afternoon after covering the entire floor of over 100 exhibitors twice, I spotted only three booths offering up real cheeses.

Sure, Philadelphia Cream Cheese was exhibiting, with decked out Philly angels and samples galore. But that can hardly be called real cheese. 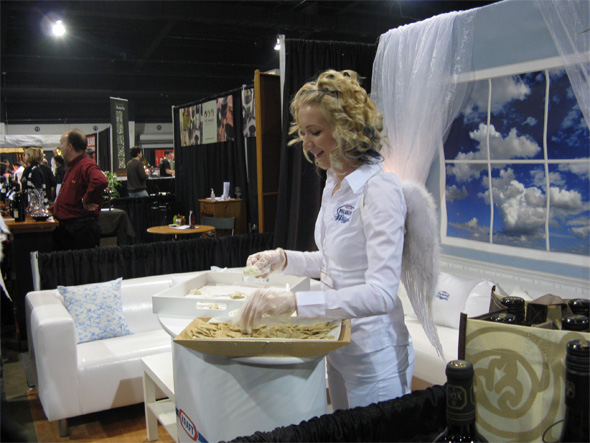 Canada has some really excellent, interesting and exciting cheese producers and it would have been great to see them represented at the show.

Having said that, it's obvious that marketing budgets aren't what they used to be and particularly for small producers it's hard to justify the cheddar. The show was only about half as big this year as it was in 2008.

Being a consumer-based show, I was not all that surprised to see non-wine or cheese related exhibitors. There were many non-cheese food exhibitors like Spring Rolls restaurant, Metro grocery stores, Summer Fresh Salads Inc., Mott's Clamato, Mushrooms Canada, and Crepe de licious.

And there were a variety of beer and spirits represented at the show as well, like Brick Brewing Co. (makers of Waterloo Dark and Laker brands), Creemore Springs Brewery, and Appleton Estate Jamaica Rum. The LCBO had a full retail area set up like a mini storefront, complete with checkouts, cash registers and debit machines. 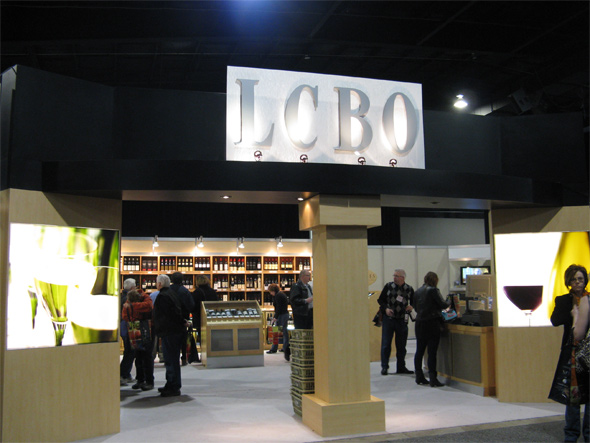 But it was exhibitors like Kia Motors, Manulife Financial, Transat Holidays, Sandals Resorts, both the Toronto Star and Sun, and The Bay that stuck out like sore thumbs.

Amidst all the non-wine nor cheese distractions, I did manage to drink a lot of wine and eat a fair bit of cheese.

At the Uncork New York exhibit I compared two Cabernet Francs, one (Castello di Borghese) from Long Island and the other (Prejean Winery) from Finger Lakes. The Long Island won out in my books.

I also really enjoyed the two Argentine wines I tried at the Woodside Wine Appreciation Club's exhibit: the Serrera Bonarda from Marton Andina and the Cavas de Crianza Blend from Clos de Chacras. Woodside is an artisan Argentine wine appreciation club that hosts events and does private group orders for wines that are not available through the LCBO (and for the sake of full disclosure: blogTO's editor, Jerrold Litwinenko, is a founding member). 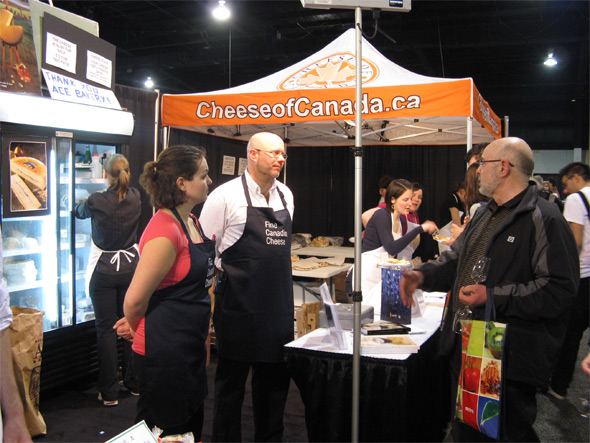 As for cheese, I had to get repeated fixes from the Cheese of Canada booth. Headed up by self-proclaimed Cheese Guru Gurth Pretty, Cheese of Canada hosts events, offers mail order services and sells artisanal Canadian cheeses at farmers markets in the city.

All in all I had a good time, I mean who doesn't like to drink and nosh on a Sunday afternoon? Here's hoping that next year's event shows a little more love for the transit riders and the cheese.