I've cracked my share of unsavoury eggs before but none quite as nasty as the bloody one that revealed itself in my pan last night. Maybe I was asking for it by thinking fried eggs would make a suitable dinner, but I guess I expected more out of my premium President's Choice free-run variety procured earlier in the morning from the local No Frills.

This thing was seriously nasty. I'm up for early Christmas surprises but this wasn't what I had in mind.

Aside from the red hue, the egg came with a sizable chunk of something dark red (clearly visible in the photo) plus other unidentifiable objects attached to the yoke.

Now, blood spots in eggs aren't exactly a new phenomenon, although they're not really that common occurring in less than 1% of all eggs. The apparent cause is a tissue irregularity in the hen. BUT, since these eggs are marked as grade A, the mess inside should have been caught before they ended up on the store's shelves.

Before eggs get boxed and shipped to a retailer, all of them end up at a grading station. While there, eggs go through a process known as candling where the eggs pass over a strong light making the shell essentially see-through and the yolk and white inside visible to inspectors.

How this egg was missed I have no idea. But it was and the defect ended up in my pan, essentially hijacking my plans for dinner.

Just for curiosity sake, I kept the egg in the pan until it was cooked and surprisingly it looked slightly more palatable by the time it was done. Here's a look at its evolution. 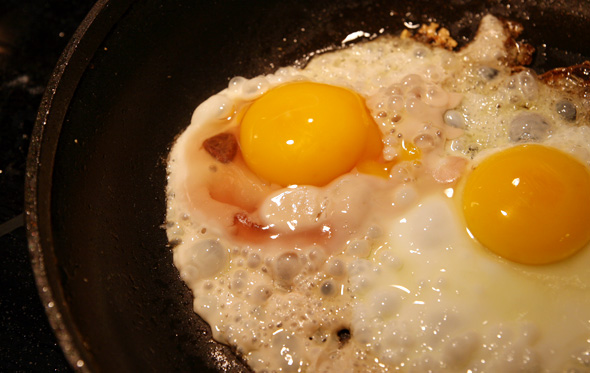 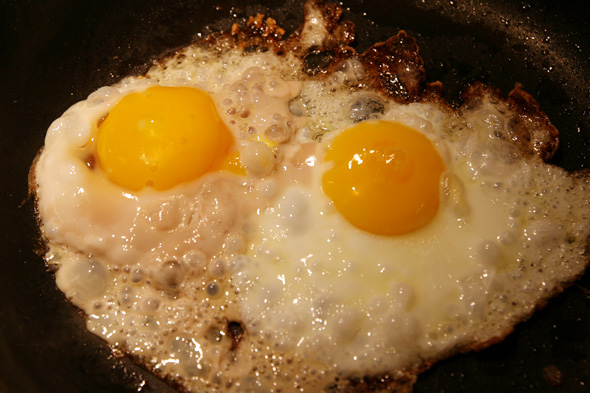 The box (I'm afraid to crack another one of these suckers): 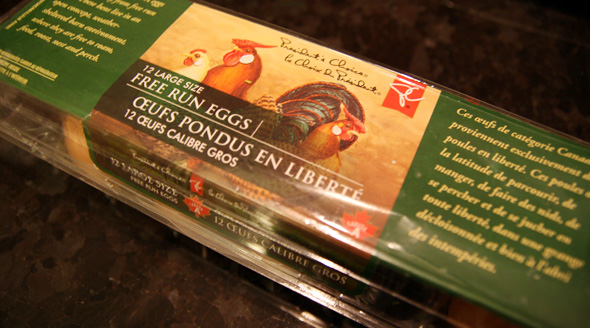