This might need to be my last burrito post for a while. But at the risk of sounding like a traditionalist, I couldn't resist posting a photo of the sign for Burrito Amigos on Bathurst just north of King.

If any restaurant has an identity crisis, this just might be it. It used to be a falafel joint but than mysteriously became a burrito place at around the same time that King Burritos around the corner transformed into Ali's King Falafel.

But it doesn't look like they've quite committed to being a burrito restaurant as the photo - instead of depicting, say, a burrito - favours a shawarma spit. 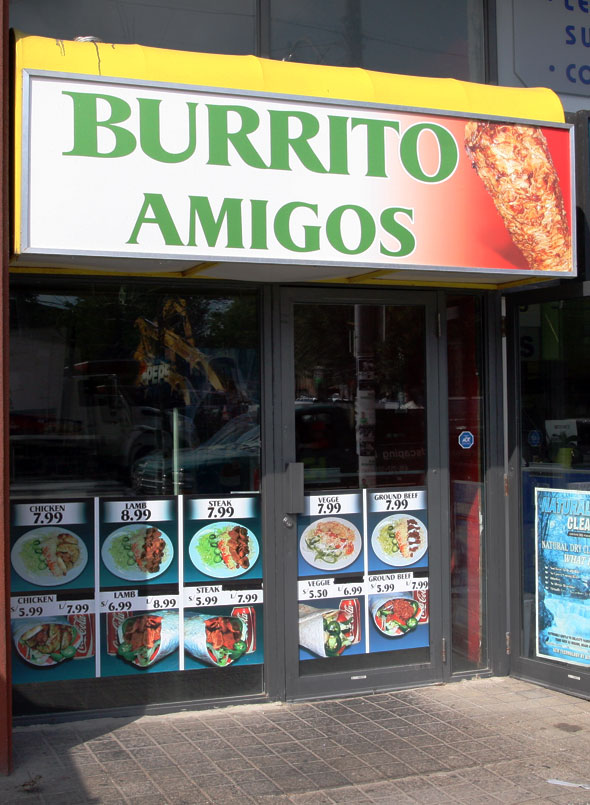