Brika has settled on Queen West as the home of their first-ever permanent storefront and office space . After numerous pop-ups (including a lengthy run at the Hudson's Bay on Queen) and markets, the handmade-oriented e-store that helped put Toronto on the craft map finally has a place to call home.

Founders Kena Paranjape and Jennifer Koss explain that though they grew into the new space (now completely unrecognizable as the former home of Neurotica Records ) slowly, they'd always hoped to go brick-and-mortar at some point. 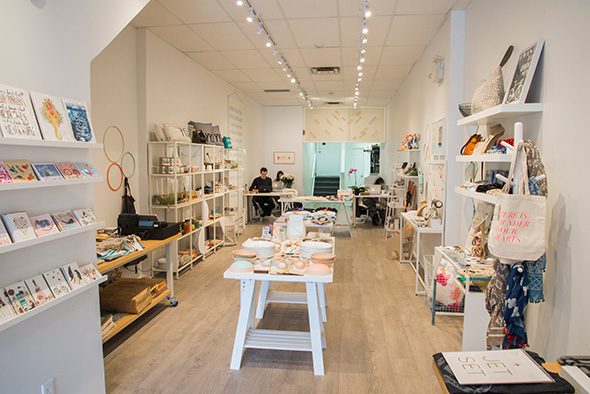 That desire grew, Paranjape said, as they watched customers pick up, touch and interact with their products at in-person sales. 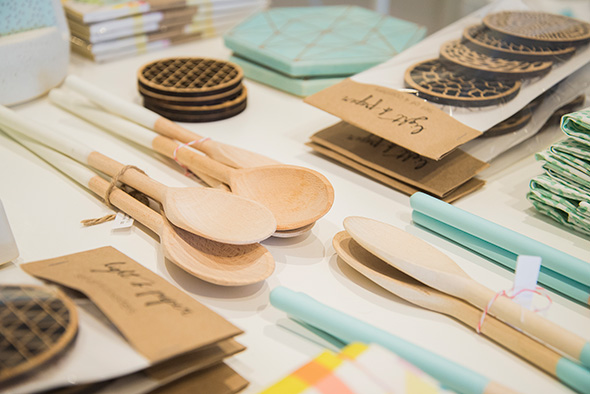 "I think we always felt strongly that our brand comes to life offline, and we wanted to be where our customer is. She's not just online - she's shopping on Queen or wherever else," she says. 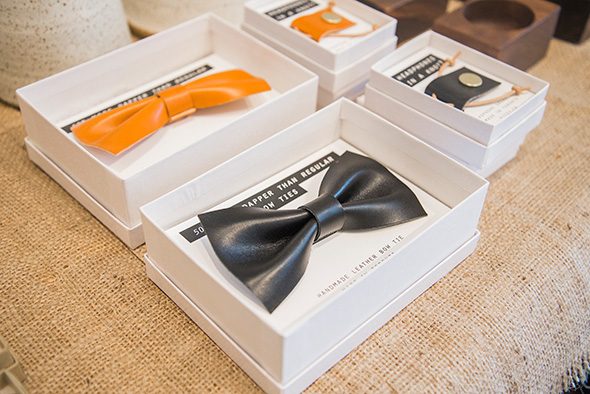 Adds Koss: "Look at Frank and Oak across the street. This idea of 'bricks and clicks' - that's where commerce is these days." 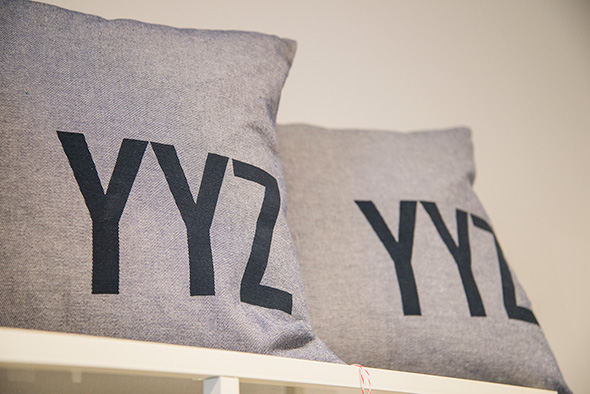 Vendors, too, were excited to get on board with a physical shop - and with a roster of over 400 sellers from around North America, making everything from jewelry to kitchen supplies to art and cards, they had a sizeable pool to choose from.

Fifty or so makers are represented in the store, and the founders plan to rotate products and sellers in and out to ensure the stock stays fresh. 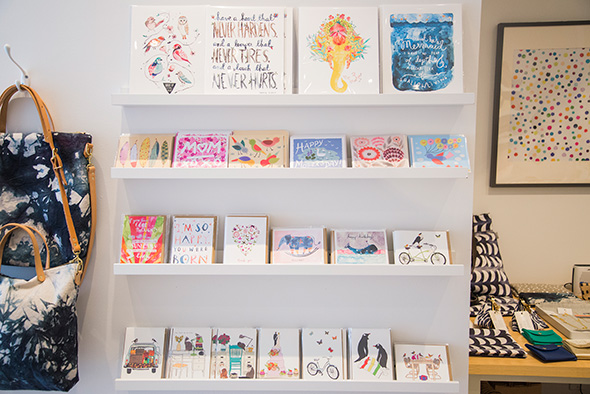 Though a few homegrown brands have made it into the selection, the founders also relied on their further-flung connections to bring in products that aren't already widely found in every other gift shop and indie boutique in town, ensuring an eclectic mix. 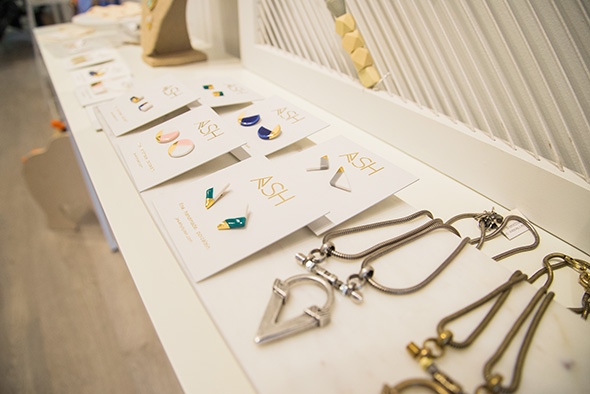 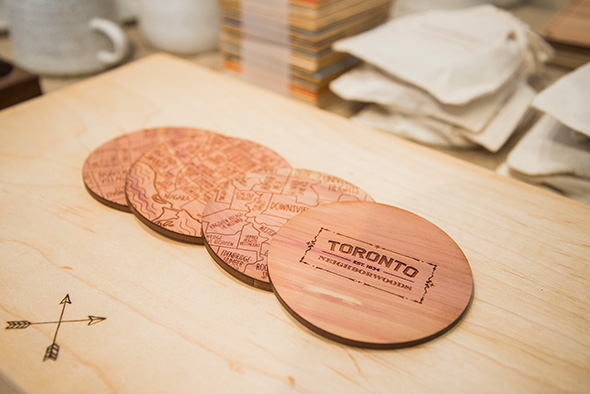 Over by the housewares, laser-cut Toronto map coasters appear alongside Brika-exclusive prints from Monorail . 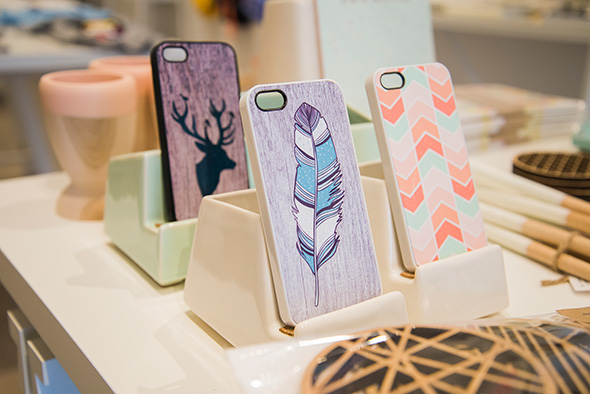 Stak Ceramics ' wares have been top sellers online, Paranjape says - particularly the iPod and iPad docks that come with a little planter area for succulents ($50 and up). 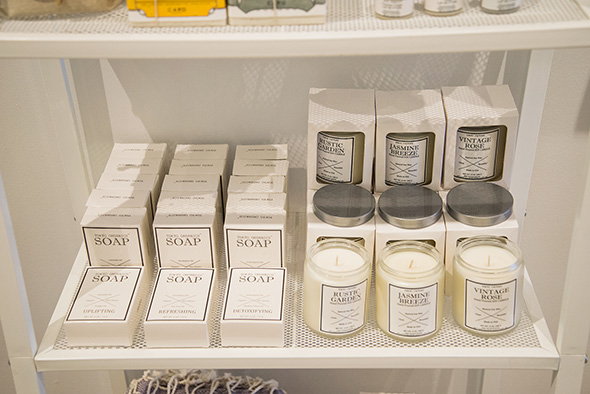 Or maybe you'd be more into a candle from Campy ($15) that smells like a birthday party or a hot summer night? 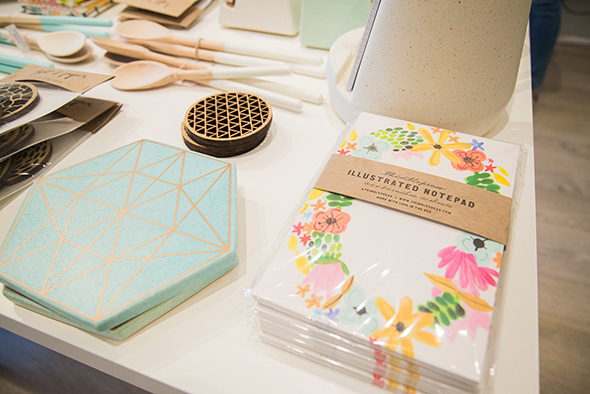 Of course, if you'd like to pick up a little something for someone else, that's right up their alley. Says Paranjape, "We really want to be a destination for unique, special gifts." 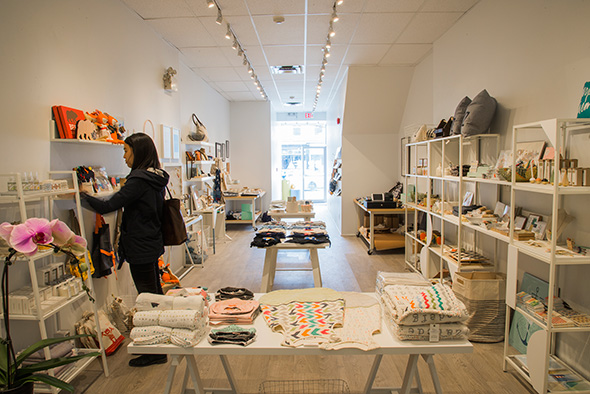 That's not much of a stretch, with plenty of fans already stopping in to see how those products they've been coveting look up close: "We're so amazed at how many people come in off the street and know us." 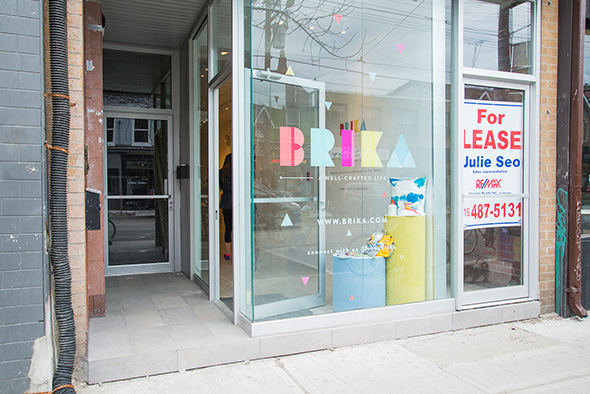