Aliviar Spa, Asian Monsoon, Miami Subs and The Travelodge Hotel in the Deadpool

It was a short life for Toronto's first outpost of the pizza and sub chain Miami Subs. A bad paint job certainly didn't help but according to reader Mike Fiume at least some are blaming the downfall on bad management. For those who didn't have the pleasure, Miami Subs only opened on Queen West earlier this fall and served decent enough food. But then two weeks ago the doors were shut and a note went up announcing renovations. It never opened again.

Fiume passed by again last week and saw a longer sign on the door saying Miami Subs was closing due to poor management and that the owner preferred experiencing the city's nightlife over paying the restaurant's employees. The note claimed that none of the employees had been paid since it opened and that the renovation story was just a lie. Today the note is gone, the outside has been painted over (since I took the above photo) and the landlord is once again looking to fill the space. 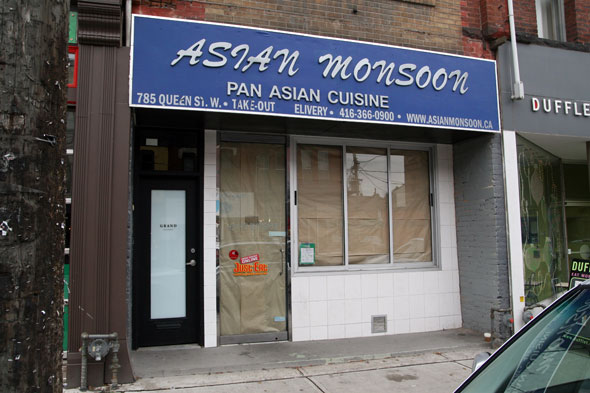 A few blocks west on Queen Asian Monsoon has closed. Some might remember this restaurant's previous incarnation as Seoul City. Neither place was ever busy and perhaps the owners should have at least considered changing the decor when the highish-end Seoul City Korean concept was abandoned. Good bye. Let's hope something completely new moves in here. 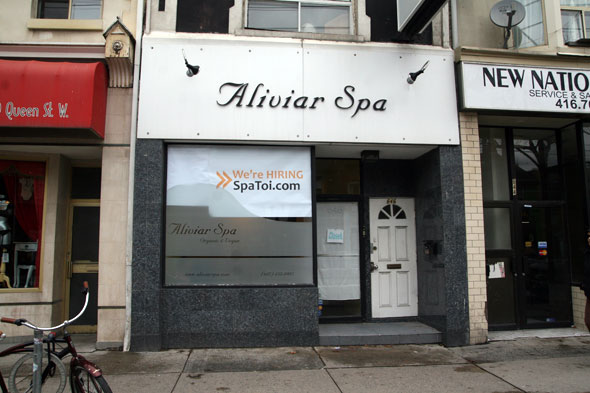 Across the street the once popular Aliviar Spa is no more. A sign on the front window and this web site announces the impending arrival of Toi, a "wellness and beauty" spa. 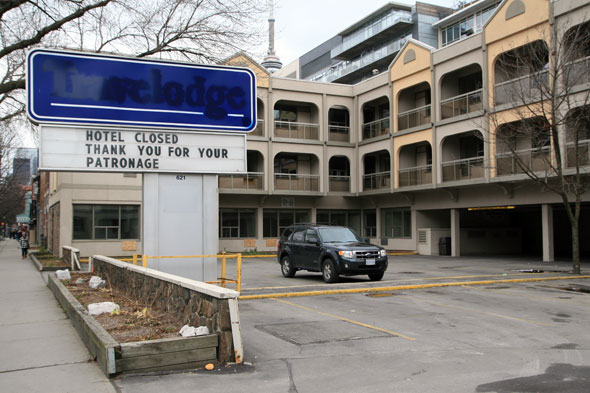 And finally, on King West the Travelodge Hotel says thanks for the patronage. Once picked by the New York Times' Frugal Traveler as a good enough hotel option in the city, the signs were coming when it started selling its TVs and furniture a couple of months ago. In its wake is now a large chunk of real estate on King that one reader on this site suggested might be home to a new Mandarin Hotel.