Ho-Lee-Chow Joins the Deadpool, Or Does It?

Although it's been reported in various Toronto media outlets (other coverage here and here) that Ho-Lee-Chow has closed all its GTA locations, it appears that this isn't entirely true -- at least for now.

After receiving a strange phone call from the location nearest to me on Monday that urged me to place future orders using a new phone number, I was suspicious of yesterday's news that each and every location was shutting down. So, just to make sure, I decided to make a trip up the road to have a look for myself. Sure enough, I found the St. Clair and Winona location operating as usual.

News of the closures came after the Ho-Lee-Chow's website went down and in light of the following message on their central phone line:
"Due to circumstances beyond our control -- one of which is the poor economic climate -- another of which is a refusal to compromise on quality and service you've come to appreciate, Ho-Lee-Chow has closed down operations."

A notice from the landlord at the Queen and Woodbine location also seemed to indicate the demise of the popular Chinese take-out and delivery chain. 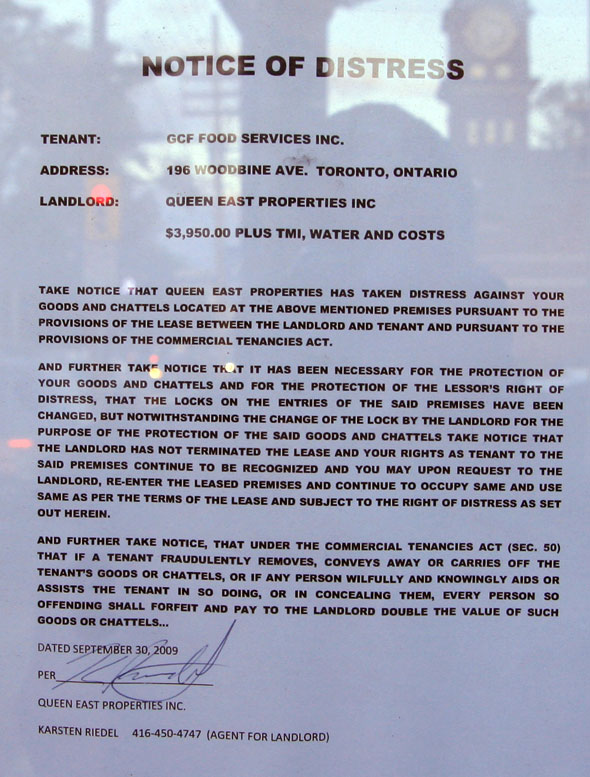 Although it remains unclear as to whether or not the St. Clair location will remain open, they are offering a 10% discount for those that contact them at their new phone number.

Perhaps this is a sign of their desire to reward/maintain former customers as they enter a new phase? It's not a whole lot of savings, so it doesn't reek of a last ditch effort. But, at the end of the day, it's tough to tell.

Unfortunately, my conversation with the night staff wasn't altogether illuminating with regard to the long term future of the location. When I inquired as to the status of the restaurant, I was informed that "the boss isn't here." They did, however, confirm the obvious: "we are open now."

As to how long "now" is, I remain unsure. But until there's evidence to to contrary, it would appear that Ho-Lee-Chow lives on at 863 St. Clair West in an independent capacity despite the chain's demise.

I've always genuinely enjoyed Ho-Lee-Chow. Although not the best the city has to offer by any stretch, it is/was a pretty consistent take on North Americanized Chinese food. So I have to admit that I hope that the one remaining location will indeed stick around. But, at the risk of cliche, I guess only time will tell. 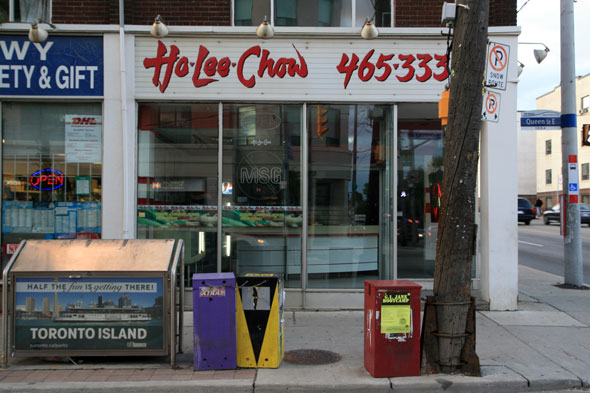