The time machine that is Red Indian Art Deco is closing its doors. In business since 1982, the Queen and Bathurst stalwart has always been one of the go to places in Toronto to find random kitsch from decades past like old milkshake blenders, jukeboxes and retro salt and pepper shakers.

But now the store has announced it will soon close. Yep, it's not dead yet and is liquidating its inventory with sales from 20-70% off. 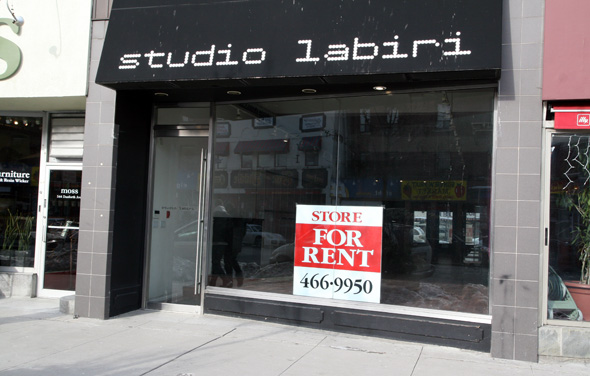 The same can't be said for the Danforth's Studio Labiri. Written up on this site just two months ago, the once fashionable women's store is now completely empty and abandoned, with no signs or indication why the owner has packed up and left.

This makes two the number of high-endish clothing stores profiled by us since October that have now gone bust. The other? The oh-too-secret nobody knew about it Tevrow + Chase founded by Club Monoco founder and Joe Fresh chief Joseph Mimram.