You'd think scoring a corner location for a restaurant right across from St. Lawrence Market would be akin to printing money. But if the past two incarnations at 11 Jarvis Street are any sort of measuring stick it looks like this spot hasn't done much to pad anyone's wallet - except maybe the movers.

The latest victim, following on the footsteps of the underrated upscale Korean resto Ninth Gate, is The Garden @ Eleven. Formerly know as Eleven (or to regular readers of this site the place that burnt Kelvin's friend's croissant), this restaurant's lifespan was short lived. Open for only a few months, it first changed its name, then its chef and finally shut down earlier this week.

Now the second official member of our Deadpool (Noon was the first), The G@11 brings with it much drama and mystery surrounding its demise.

Gossip over on Chowhound points to the usual rent not paid issue, but Corey Mintz who just reviewed the restaurant for the Toronto Star suggests owner Steve Lee decided to sell the place after founding chef Brad Moore bolted and local restaurant critics didn't exactly shower it with glowing reviews. 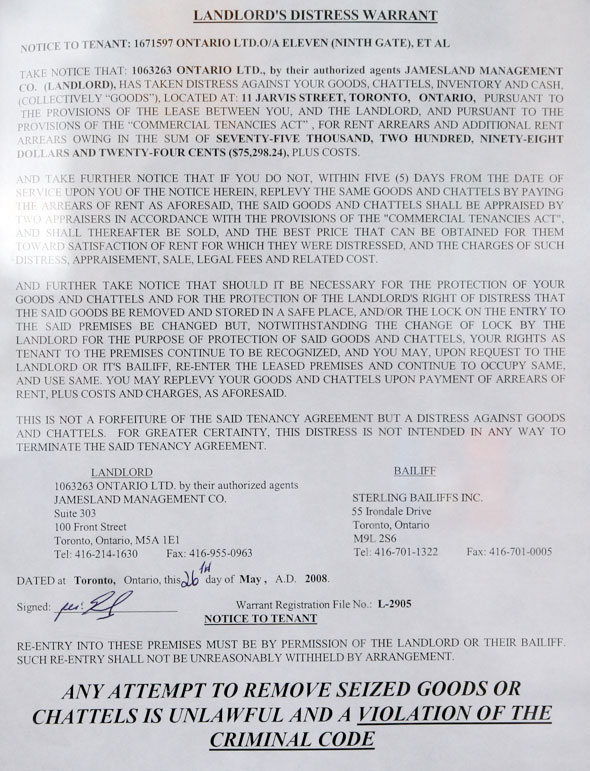