Having heard such great things about Novecento, a European-style corner cafe along St Clair's, Corso Italia , I decided to put it to the real test by bringing a local area expert along on this visit: my Tuscan mother. She's pickier than I often have the patience for, loves fine desserts and is known for responding to, "So, how do you like it?" by telling it like it is.

So then, we start with a cappuccino ($3.45) and cafe Americano ($2.50) before trying to decide between cake and gelato.

Charming owner and gelato-master, Cesare, shows us the cake selection and then proceeds to tell us about the wintery gelato flavours he's just finished: Hazelnut, Chestnut and Dried Fig. Hearing that each is made in-house with all-natural ingredients, we're sold. We do the only reasonable thing and order both cake AND gelato. 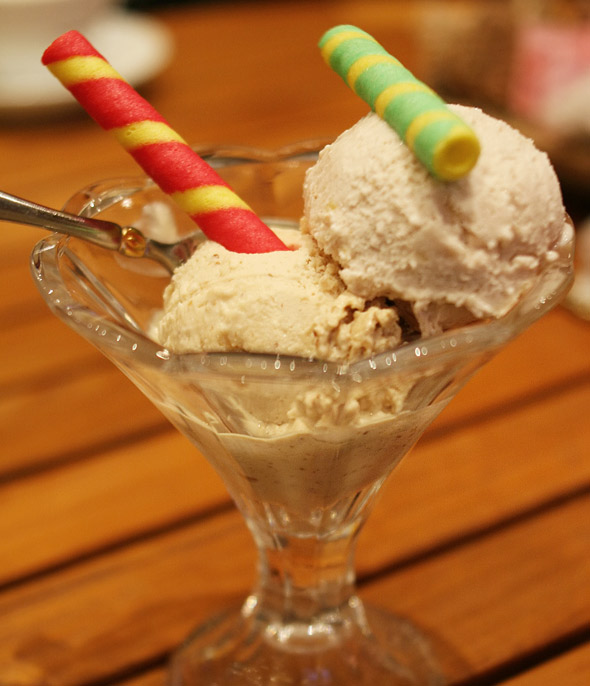 Moments later we're presented with 2 festively-dressed scoops of Chestnut and Dried Fig gelato ($7). Both are amazing, delicious, and unforgettable. The authenticity of the ingredients is obvious as each gelato has a distinctly natural flavour and subtle texture to it. I particularly love the fig and have to ask Cesare where he schooled in the art of gelato making. He proudly admits he learned everything hands-on while working hard in a friend's gelateria in his native Rome. 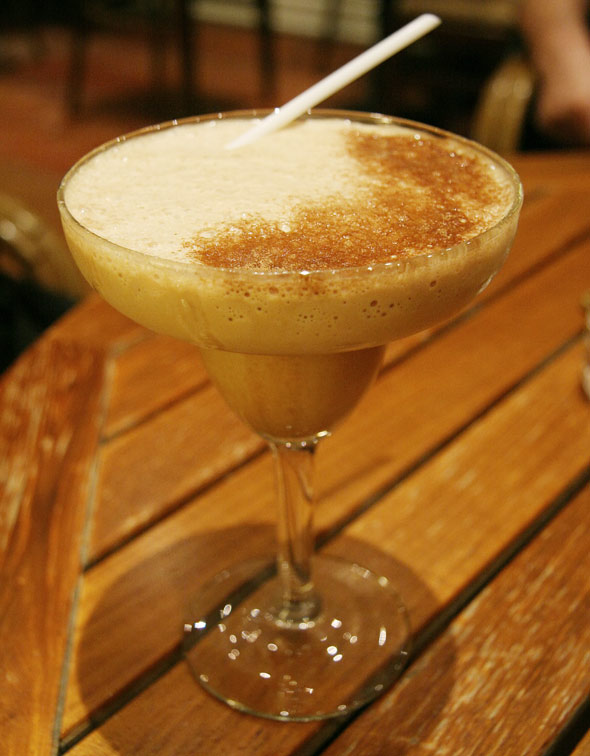 Admist the silence of some intense gelato-enjoying, I get a call from a colleague who's in the area. Within minutes, she's seated at our table and awaiting one "Cafe Shekerato" -- a Novecento specialty made of blended hazelnut ice cream, Bailey's, Kahlua and a shot of espresso.

Though I'm not usually one for creamy drinks, she insists I try some and it seems no surprise to anyone that I'm reluctant to pass it back to her. Another artfully created offering from Cesare, it's thick, yet smooth, no one ingredient overpowering the others. 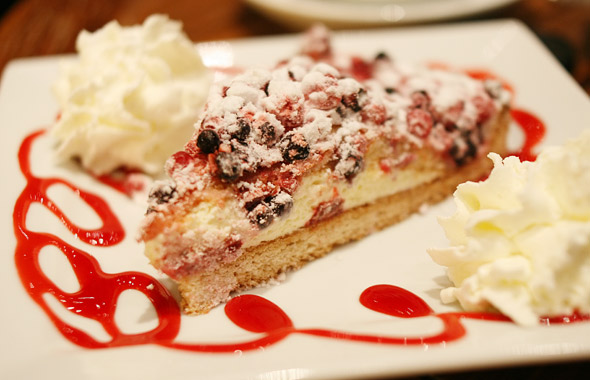 But, let's not forget those cakes ($7). Most are imported treats from patisseries in Italy and I go for one of those: a Frutti di Bosco (wildberry) tart, covered with loose wild-berries and dusted with sugar. It is as light as it sounds and a nice contrast to my bold cup of unsweetened cafe Americano. 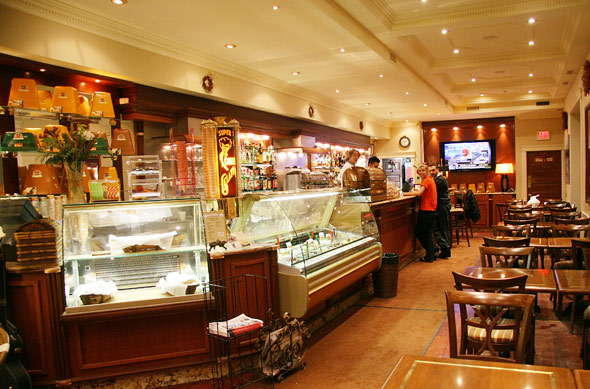 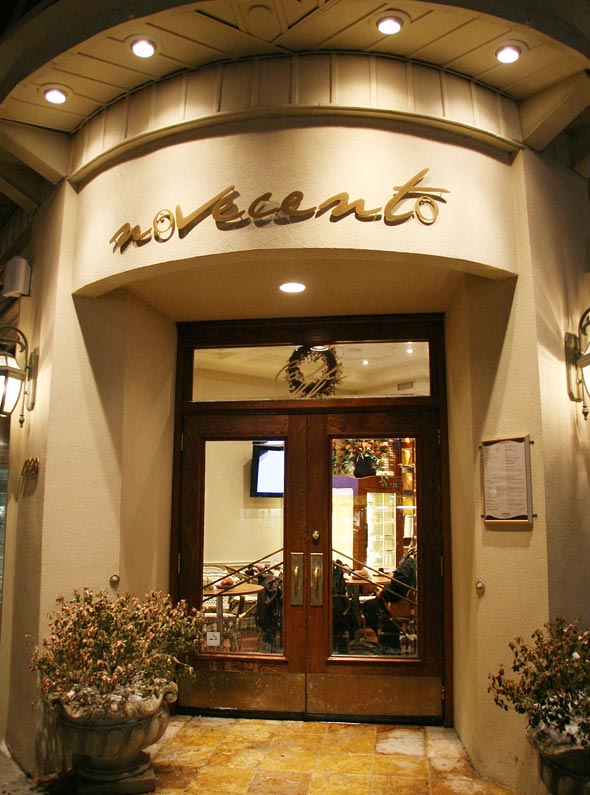