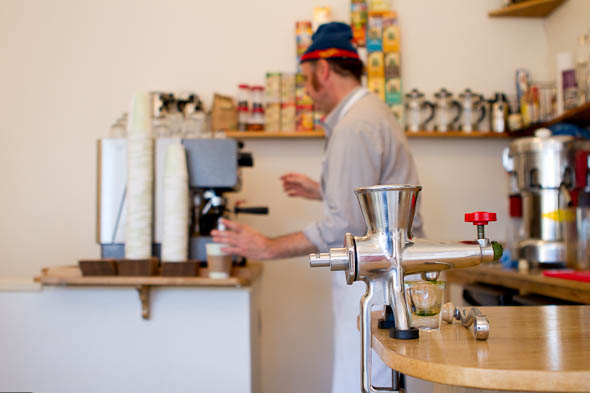 The cafe, which is just off of Danforth at Woodbine, has Ron alone manning the open kitchen and espresso station, greeting regulars by name over the roar of his massive juicer. Just two months in business, Circus Coffee House is already seeing some customers almost daily. It's no wonder Ron seems to know everyone's name.

"Well," Ron says, as we sit down at one of the cafe's four tables to chat, " I figured I could be crazy enough to open something else." 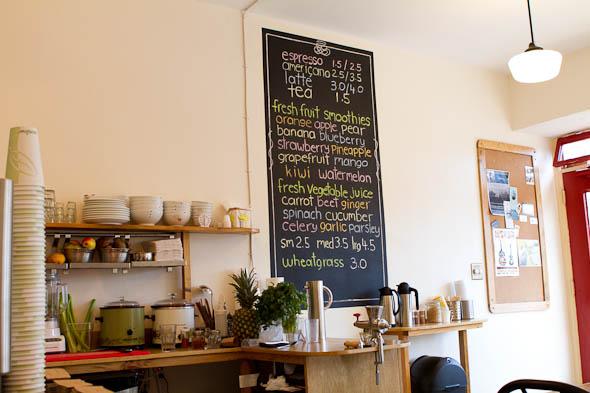 "Once I felt I had a handle on that business," he says, referring to Circus Books and Music, "and a bit of a workforce behind it, I thought I could try this. I had some of the experience--it was just laying dormant for 20 years."

Back in the '80s, Ron got his coffee start at Timothy's, which, needless to say, was less of the corporate chain then than it is now. In the '90s he moved to a juice environment, followed by books and music, and now, Ron has returned to coffee and juice. 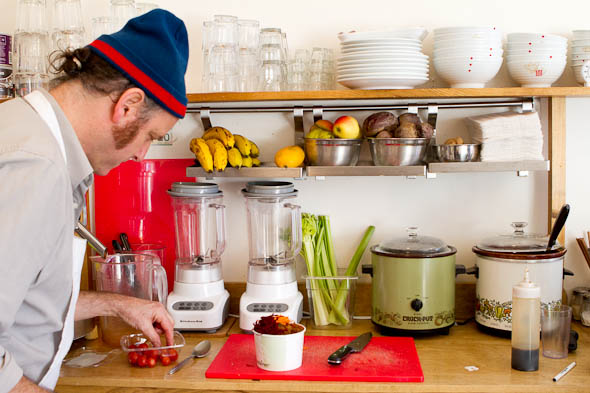 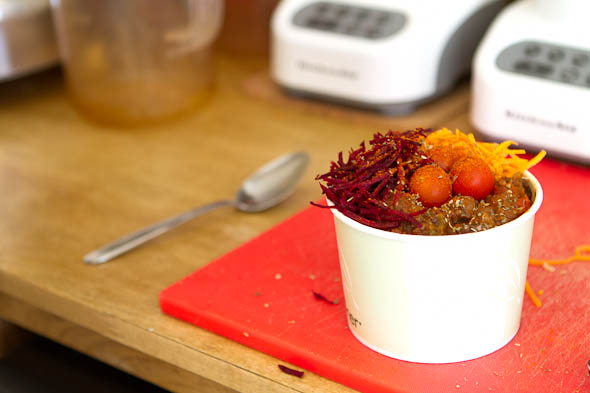 But the items that have been drawing the lunch crowds aren't actually displayed on the wall. They are Ron's homemade soups and rice bowls (which are vegetarian and, so far, also dairy-free, though Ron is reluctant to call them "vegan"), which were created using recipes from old cookbooks found at Circus. Right now they're priced the same as the vegetable and fruit juices, but Ron says the prices will likely go up (slightly).

But seeing that this is Circus Coffee House, I ask Ron to prepare me an Americano, which he makes pulling a shot from his vintage Gaggia manual machine. "With this sort of thing," he says, "you really have to watch the colour to see when the shot is done. It's a strong, solid workhorse." 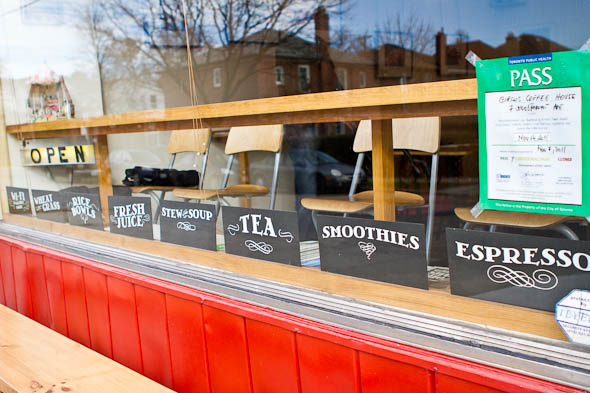 So is my Americano, coincidentally, which comes off quite bold and gives me the jolt I was craving to get me through the rest of my day. Circus uses a Merchants of Green blend, which leaves a nice linger--a bit of an earthy, dark chocolate taste. I'm barely through my first sip when another regular comes through the door; he greets Ron by name and orders the last rice bowl of the day.

"Yeah, I'm getting to know people," Ron says, as he prepares the order. "It has been slow, but you know, slow growth is good growth." Especially, it seems, when you know everyone's name. 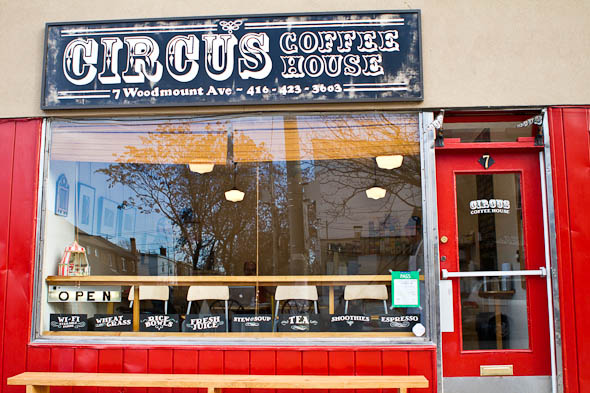