The Alternative Cafe is so named because it provides an offbeat take on your standard cafe fare. Energy espresso drinks, juices and shakes are served in funky beakers alongside rugelach and breakfast sandwiches.

It’s also supposed to stand as an alternative to third wave coffee shops, a cafe that’s a one-stop shop for food and caffeine with healthier and more indulgent options. It’s housed in one of the large developments along Richmond along with a Tosto and Kupfert & Kim at the corner. 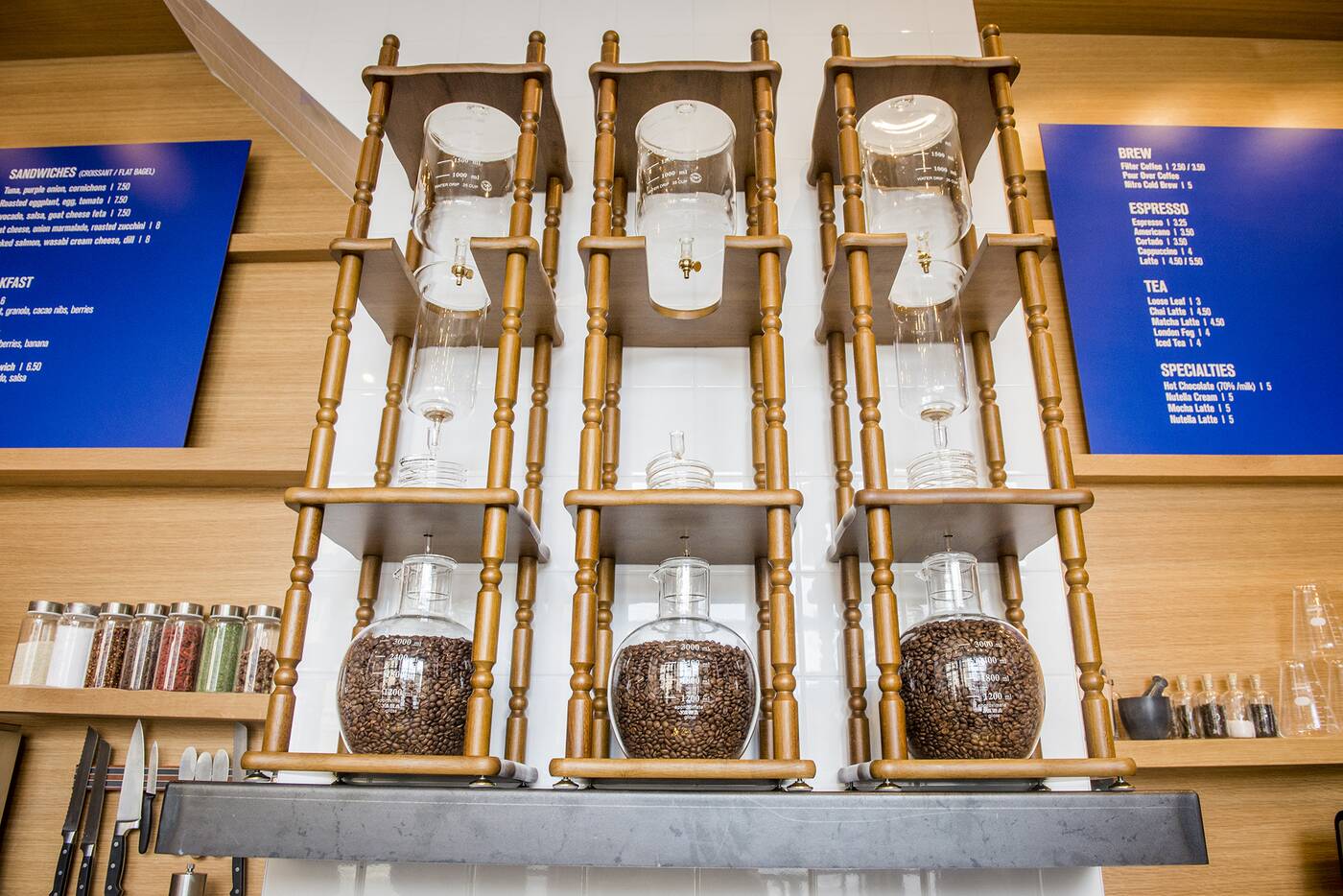 The space is clean and bright, with high ceilings despite being small. Most of the place is decked out in a calm blue and white scheme, abstract art pieces dotted about the interior. 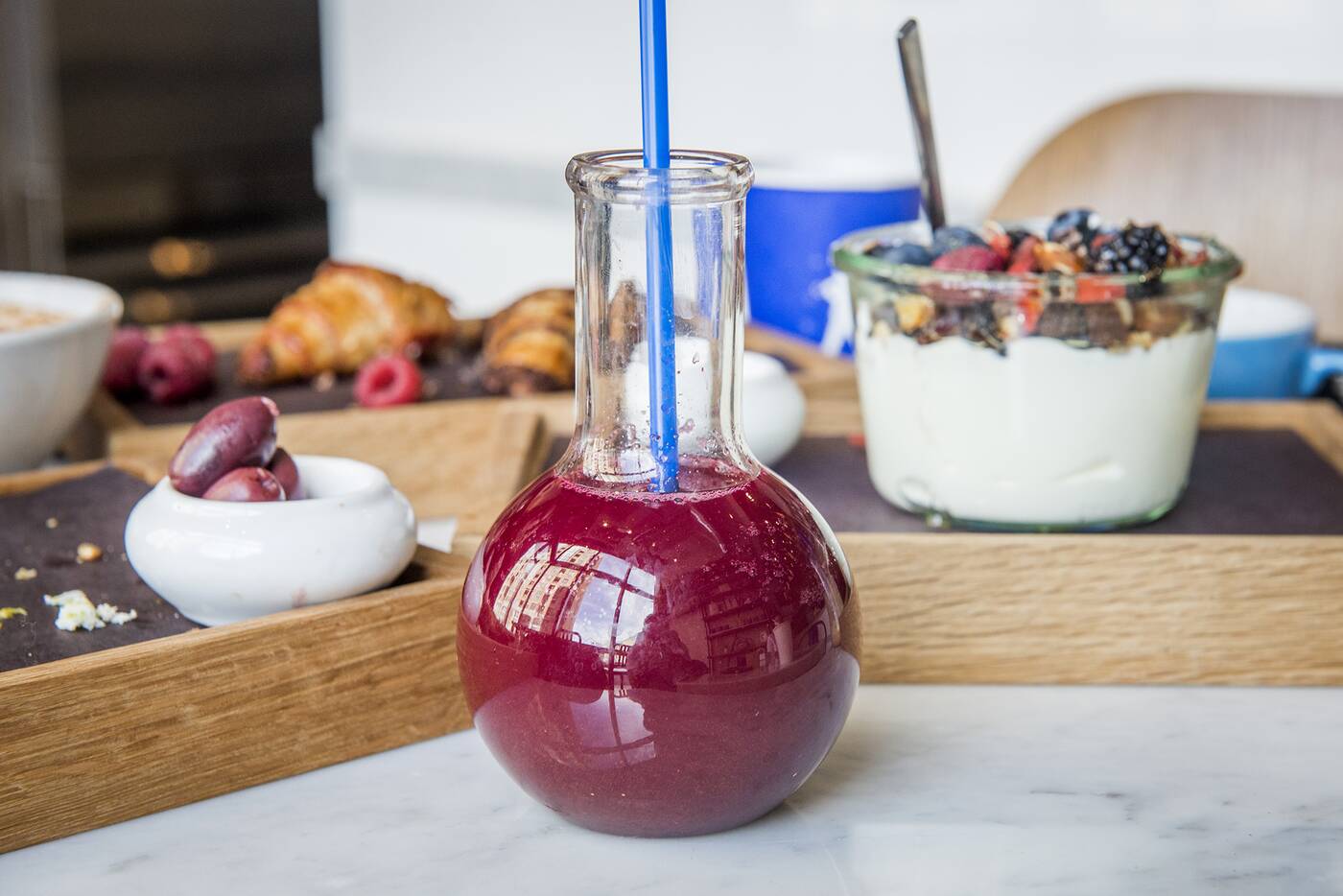 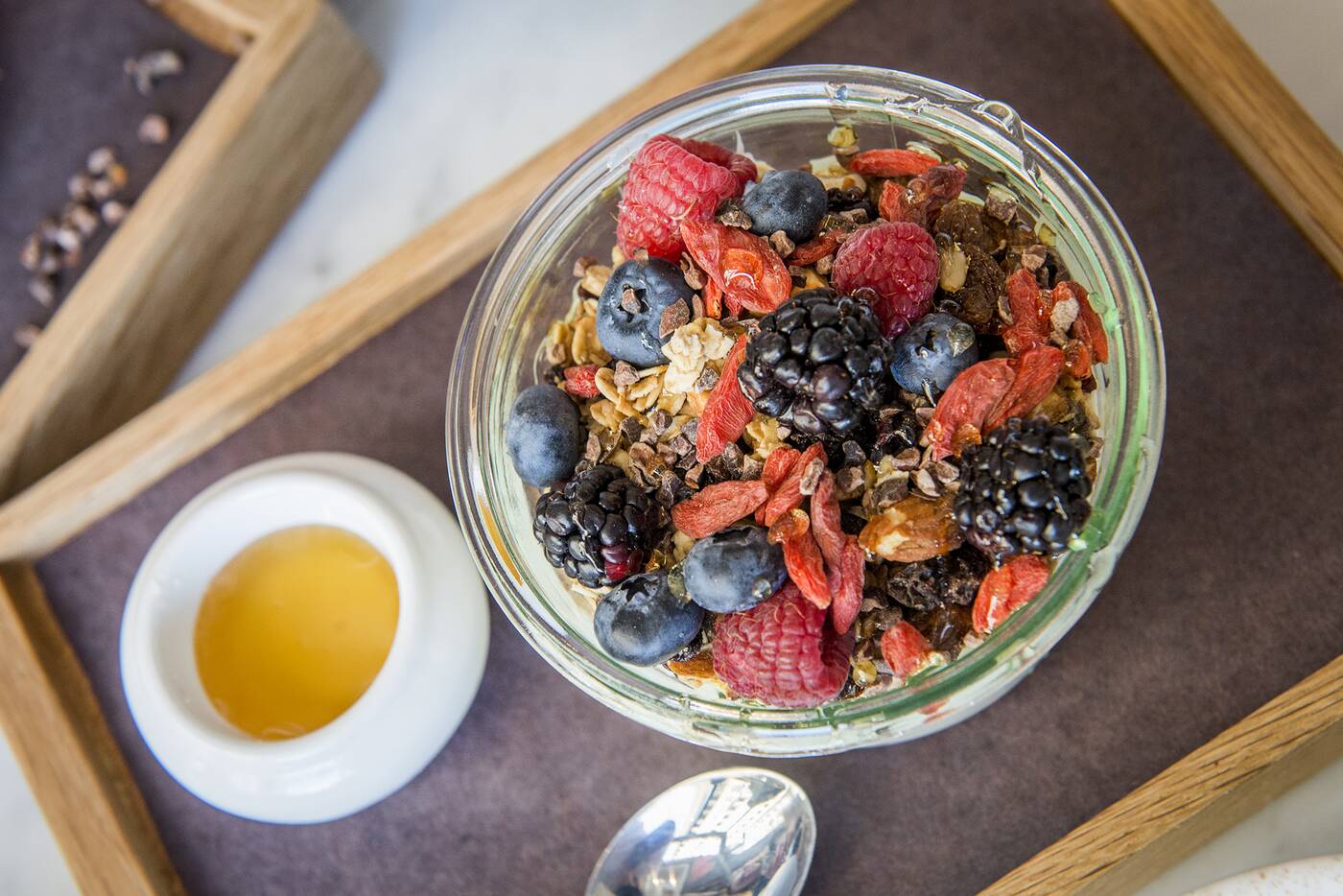 A parfait ($6) has a base of Greek yogurt, topped with granola, cacao nibs (a superfood—they’re big on those here), assorted berries and dried goji berries for an extra premium superfood kick and a little added chew. 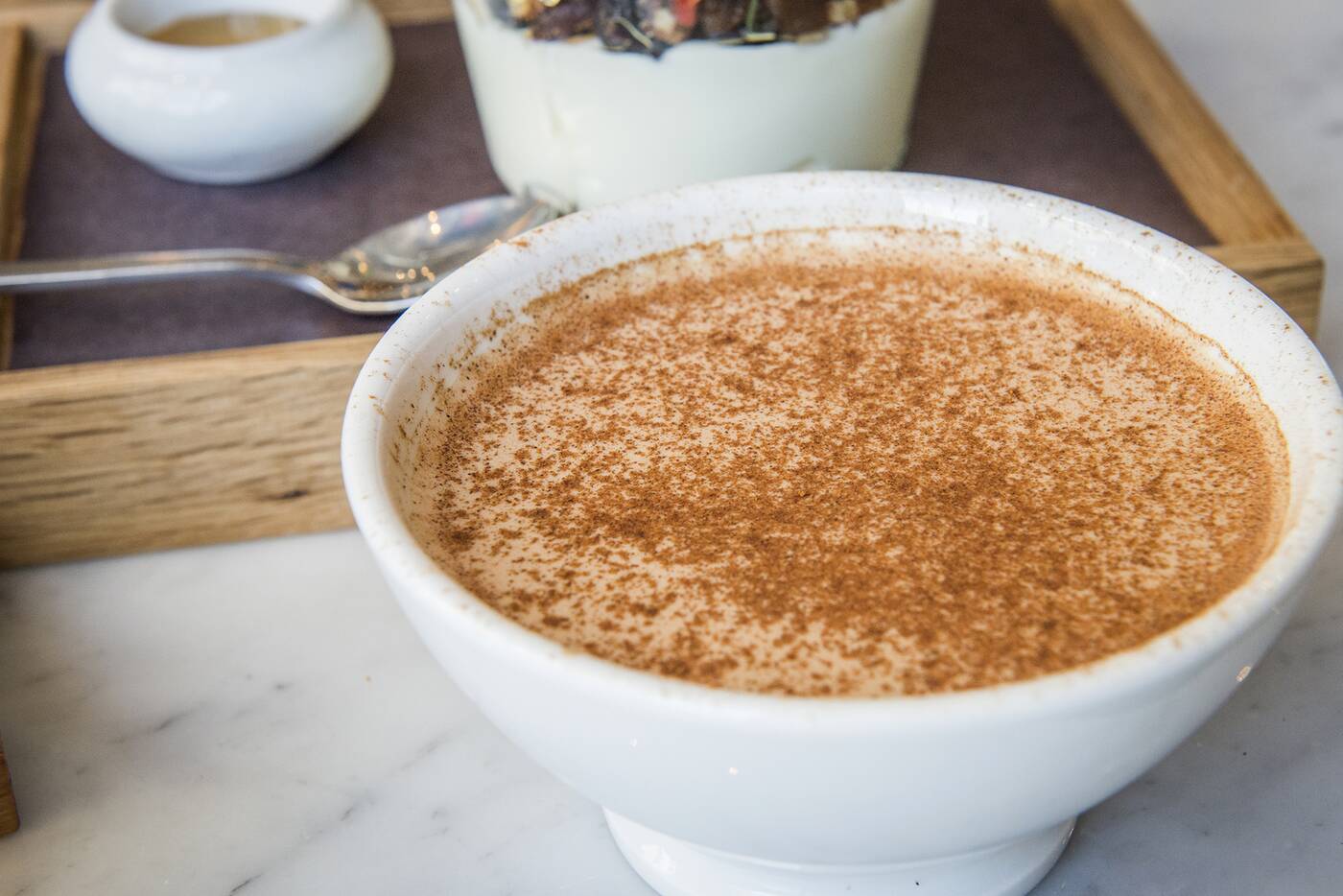 The hot chocolate here ($5) comes in what can only be described as a small bowl, and is made with melted Lindt chocolate which can really be the pick-me-up you’re looking for at a cafe on a glum day. 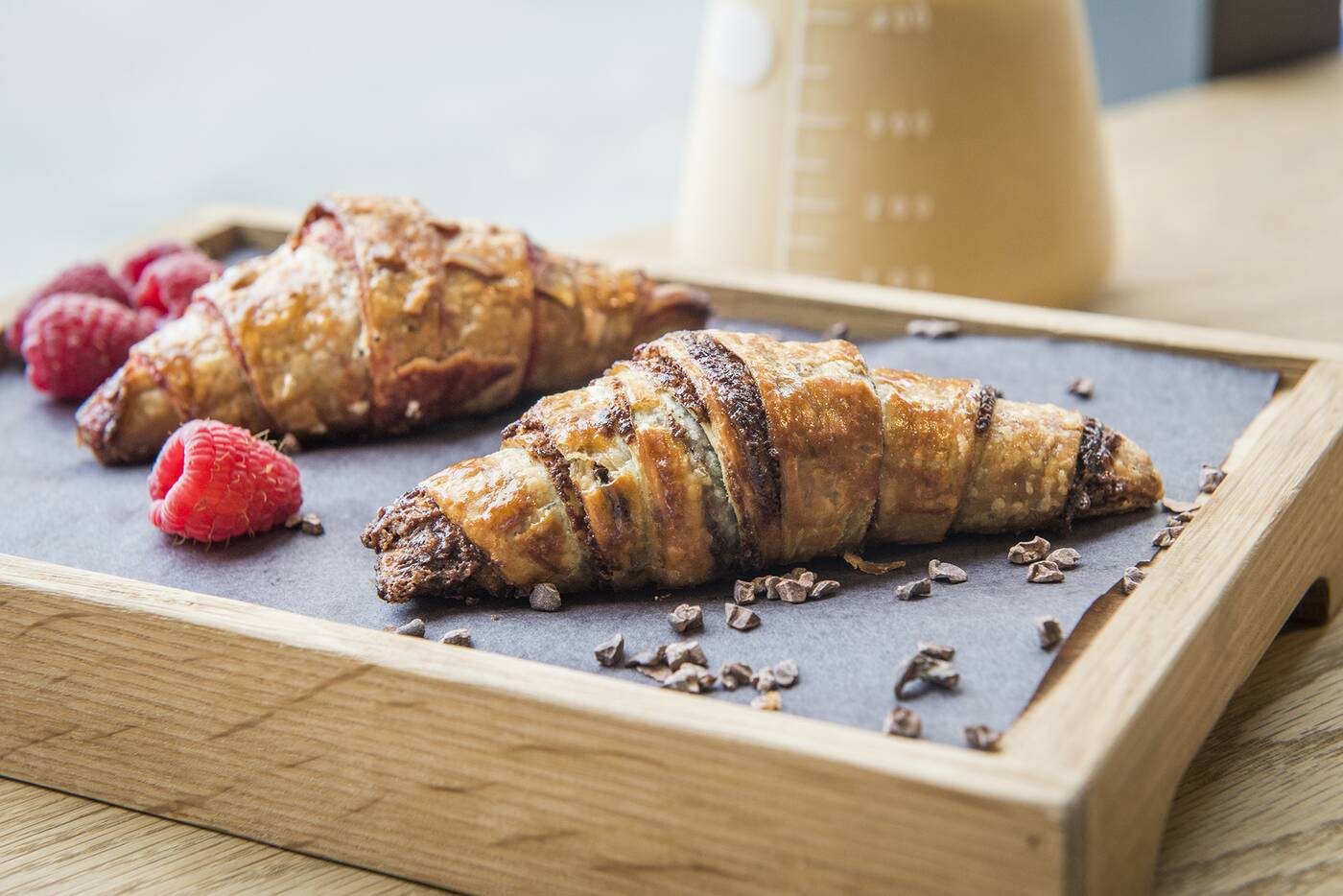 Rugelach (2 for $5) come in a wide array of flavours, from Nutella to raspberry cream cheese and pizza. They’re dense, indulgent, and flaky, a nice palm-sized treat. 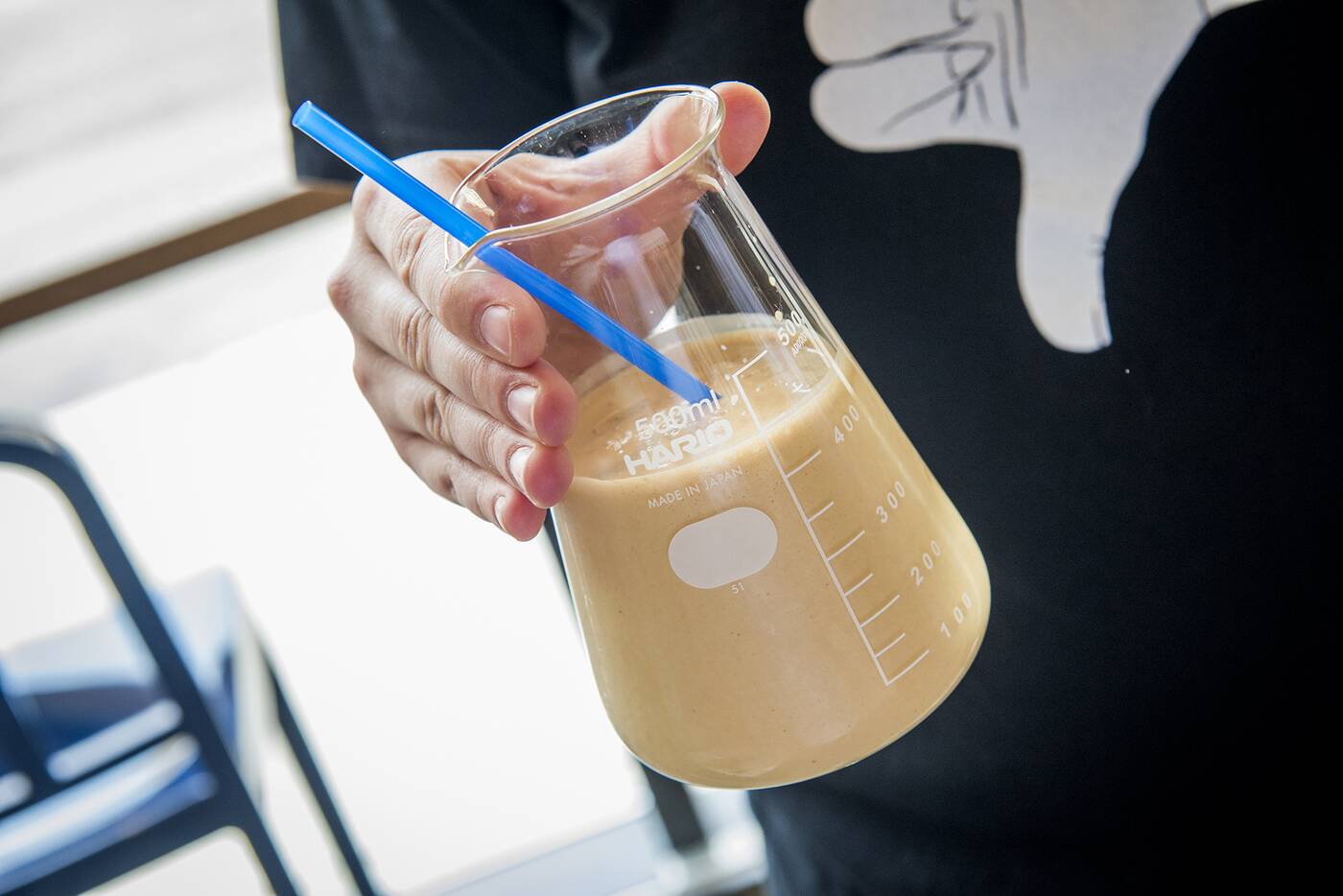 The squirrel & the bear ($9) is one of The Alternative Cafe’s espresso energy drinks, packed full of more superfoods and nutritious but yummy ingredients so that you’re not just kept awake for a few hours by an expensive energy drink full of caffeine and nothing else. Bee pollen is 40% protein, and hazelnut butter adds a strong forward flavour. 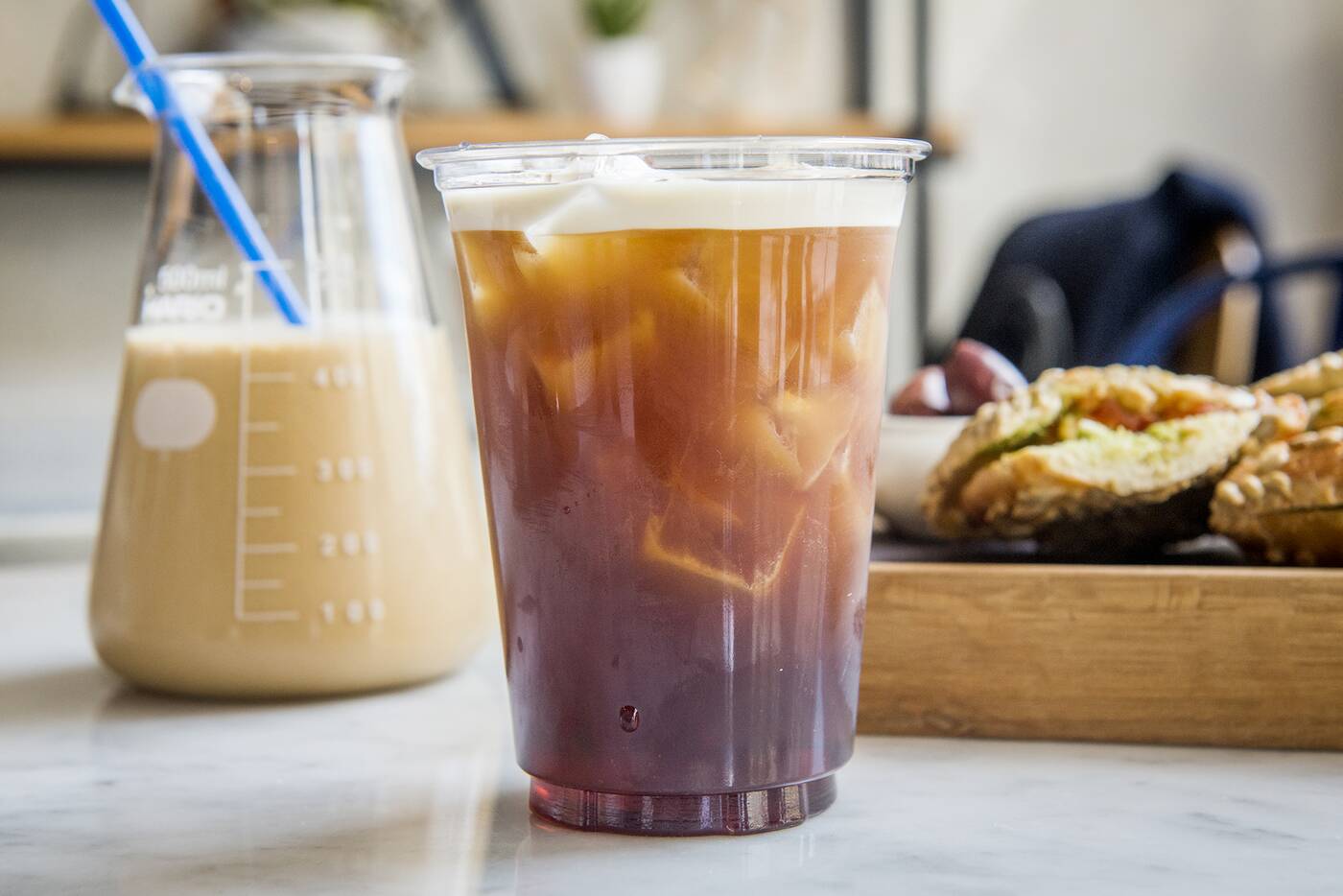 Not only are they creating their own drinks, but a tap at the bar pours Station Nitro Cold Brew ($5), the tap lending the coffee a creamy richness. 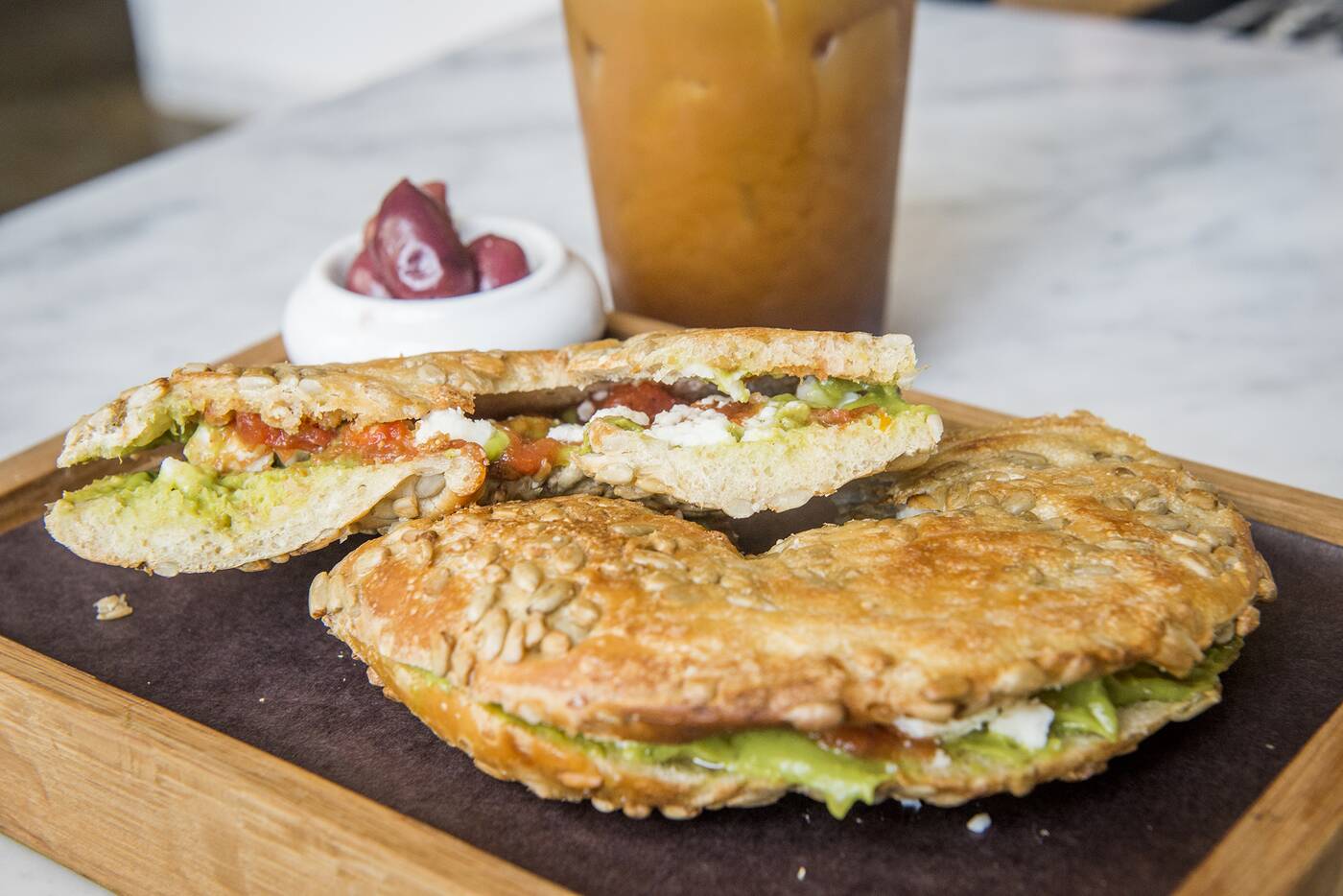 Avocado, goat cheese and salsa on a flat bagel ($7.50) could cut fewer corners. The promise of avocado is fulfilled by what tastes like store-bought guac and the salsa also tastes jarred, though if you’re really in a breakfast bind it gets the job done. 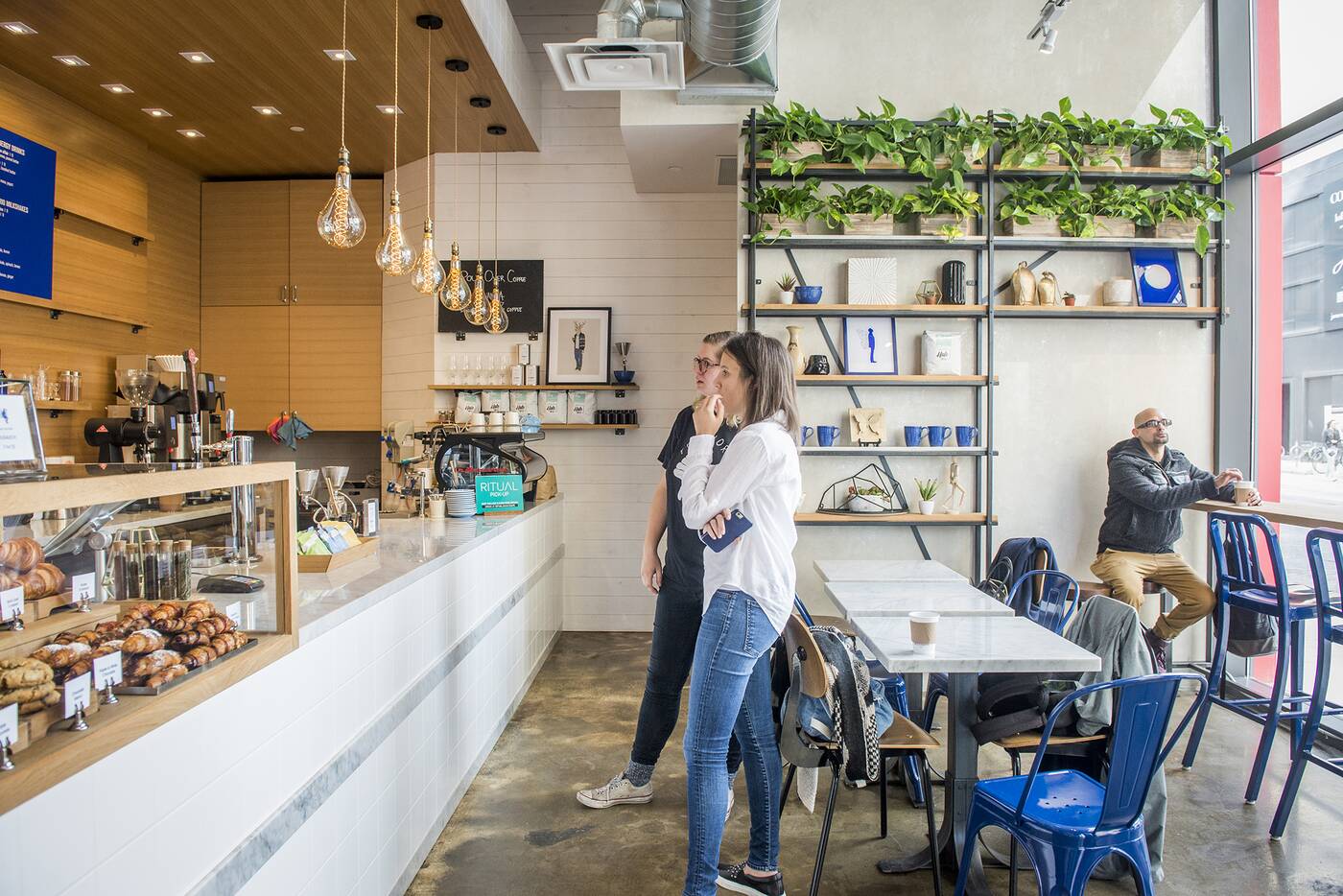 There’s a little seating and a bathroom, so this is a fine place to work or catch a break from it. Take a load off at bar seating facing big windows or cozy up to a low table in this serene little cafe. 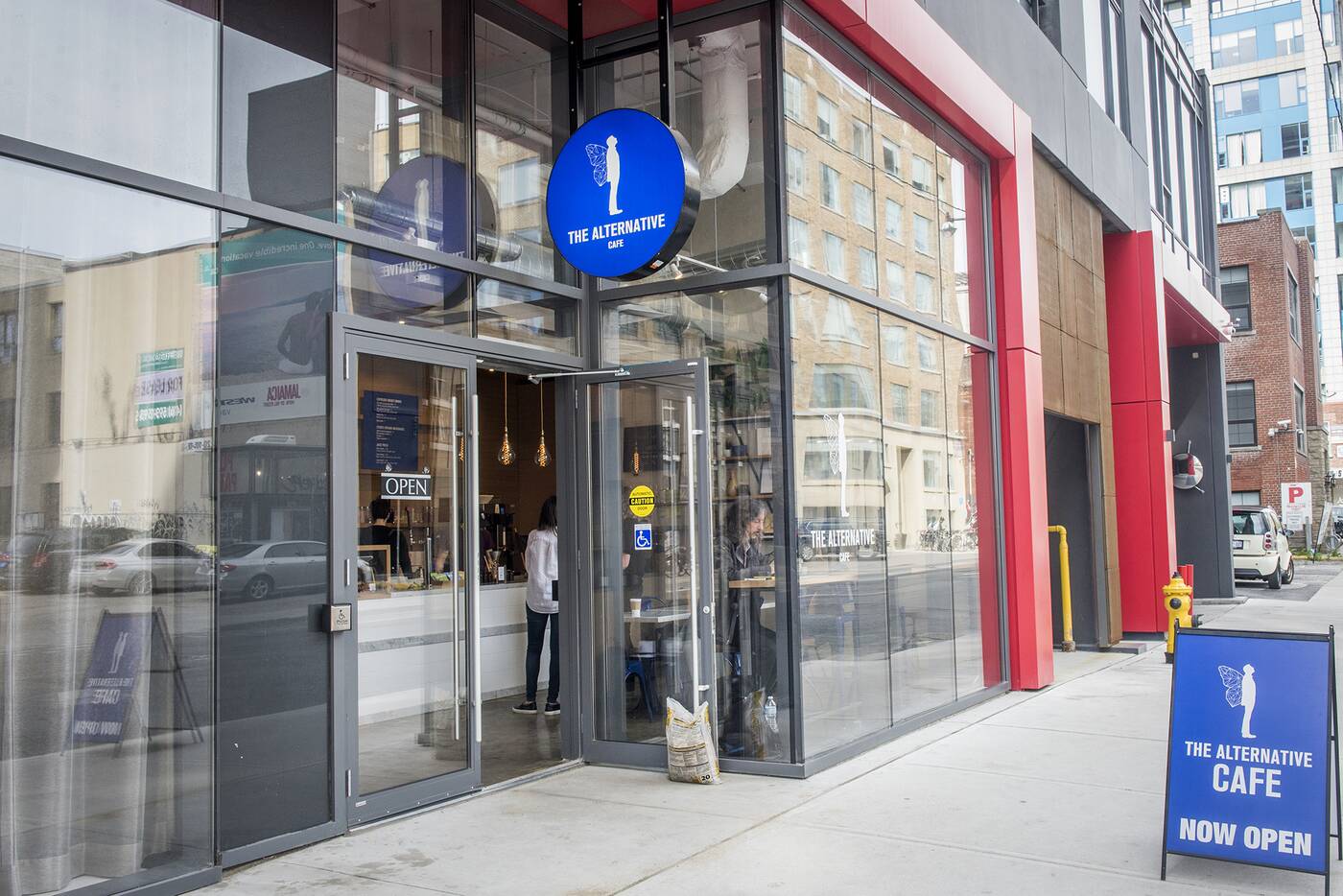