The emphasis is on whisky and espresso, and uniquely, fresh baked goods are available for pretty much the entirety of their open hours from pre-noon to last call. 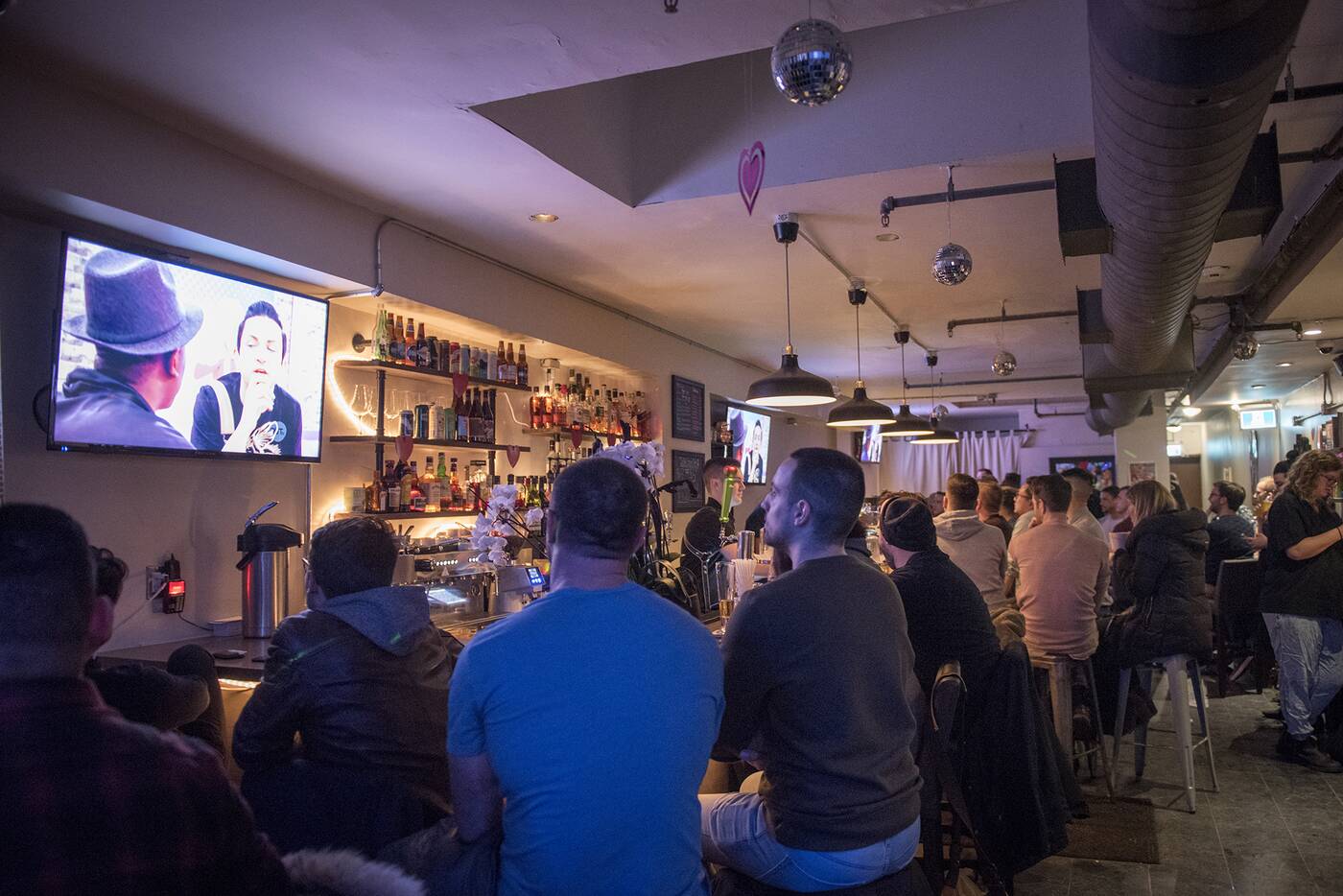 Though the narrow hideaway is up a flight of stairs, it’s otherwise a completely accepting atmosphere with gender neutral bathrooms, big screen TVs visible from anywhere and a gigantic projector screen behind a small stage. 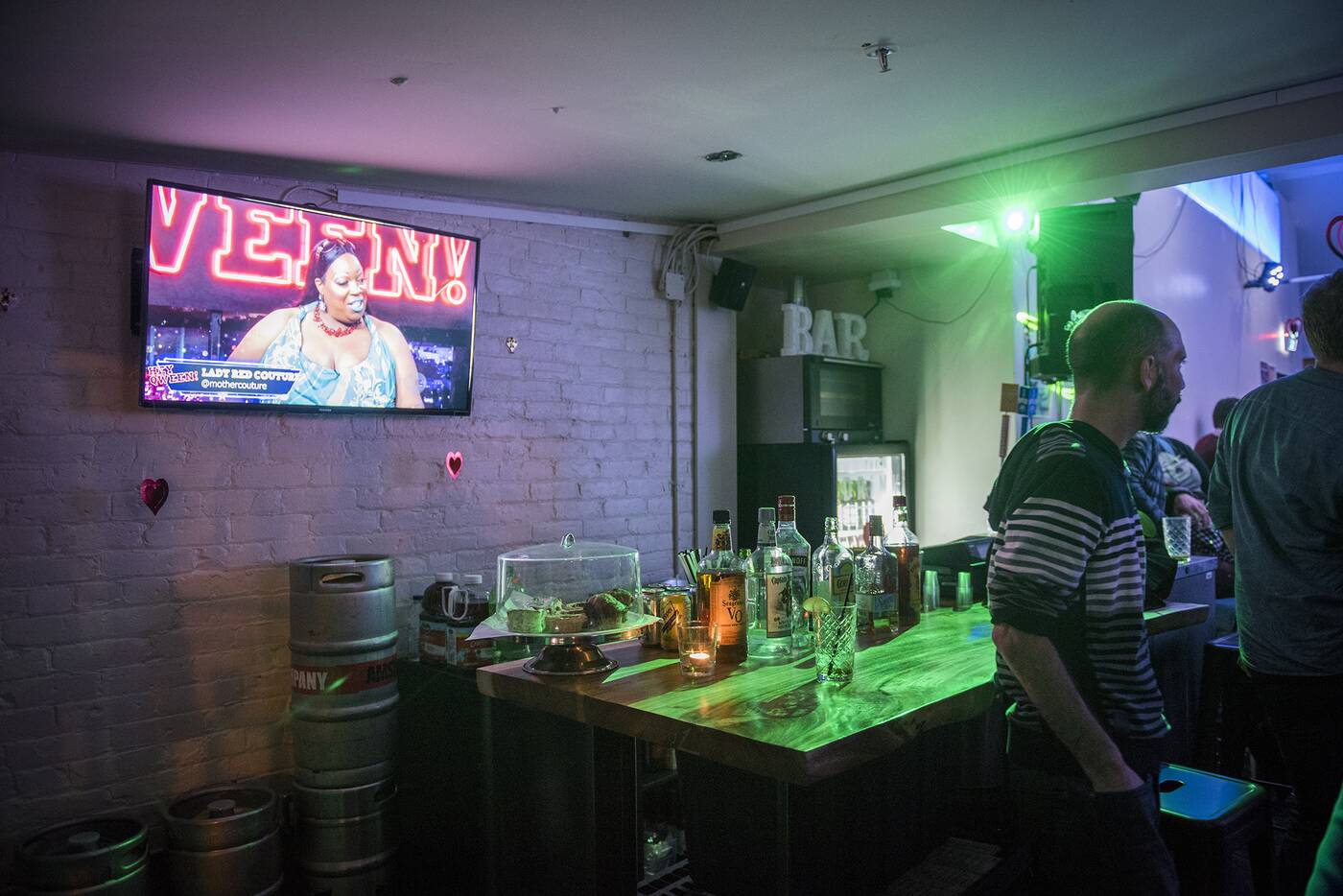 On a Thursday evening I arrive for what I assume is a drag show, but actually turns out to be a public screening of Ru Paul’s Drag Race All Stars complete with yelling at the screen, trivia questions asked by a drag queen during commercial breaks and shots that are either awarded for right or wrong answers, I can’t exactly tell. 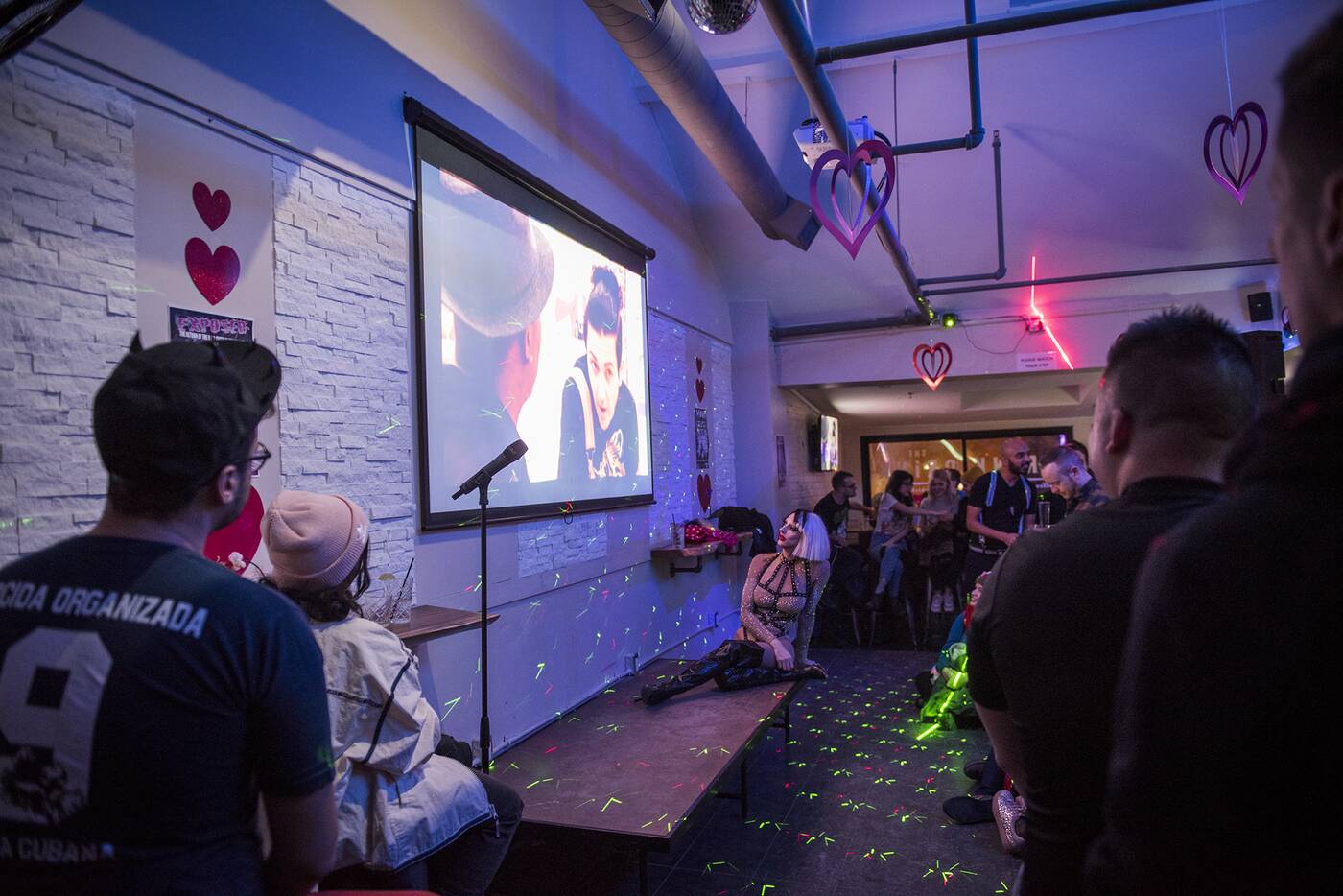 Folks mingle and chat at the bar and tables while gazing at wall-mounted TVs, while diehards sit rapt on the floor in front of the live broadcast on the projector screen. 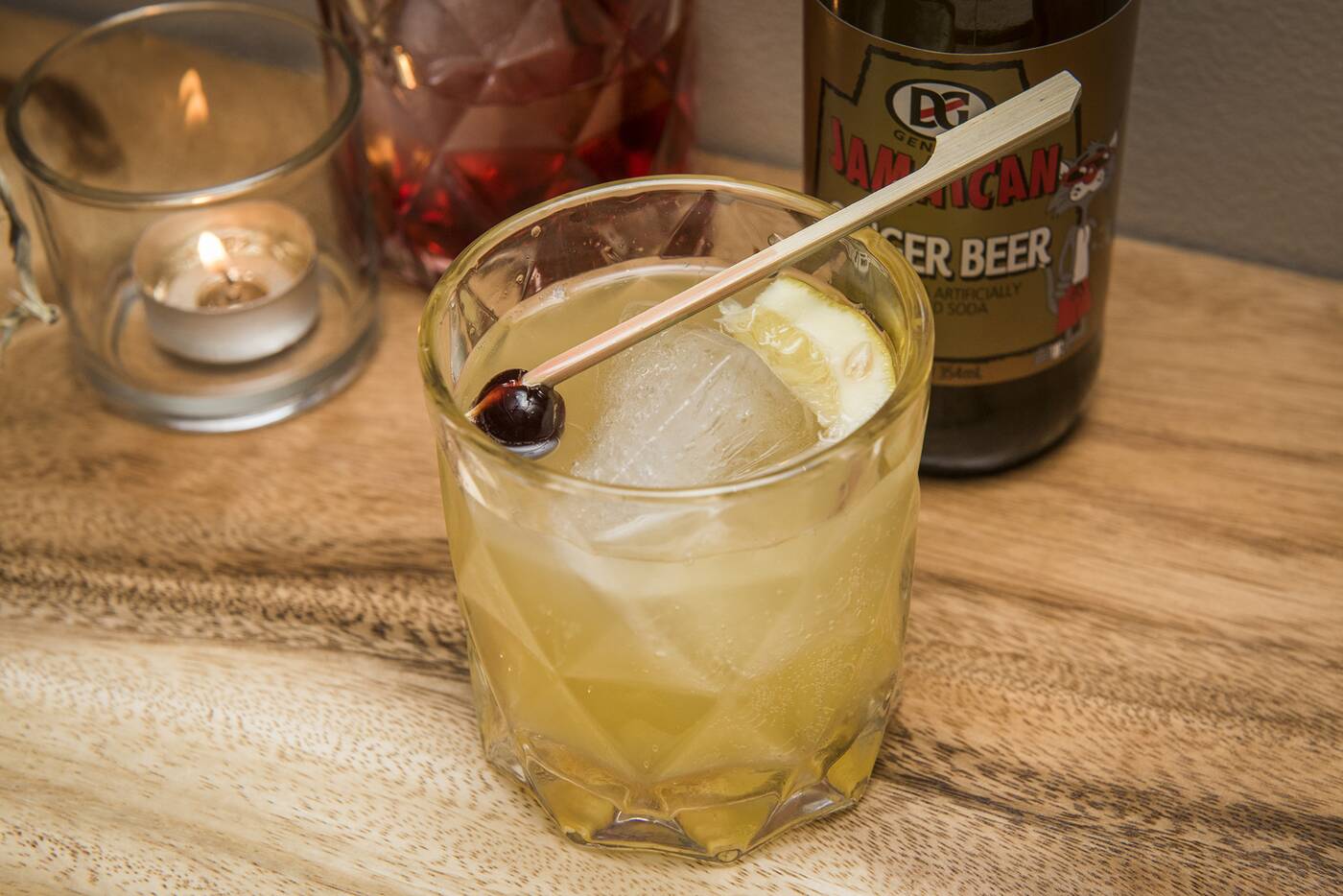 The Big D ($9) is a cocktail with a Bulleit bourbon base, with bitters, lemon, lime, a house cherry and ginger beer for a bit of a kick. 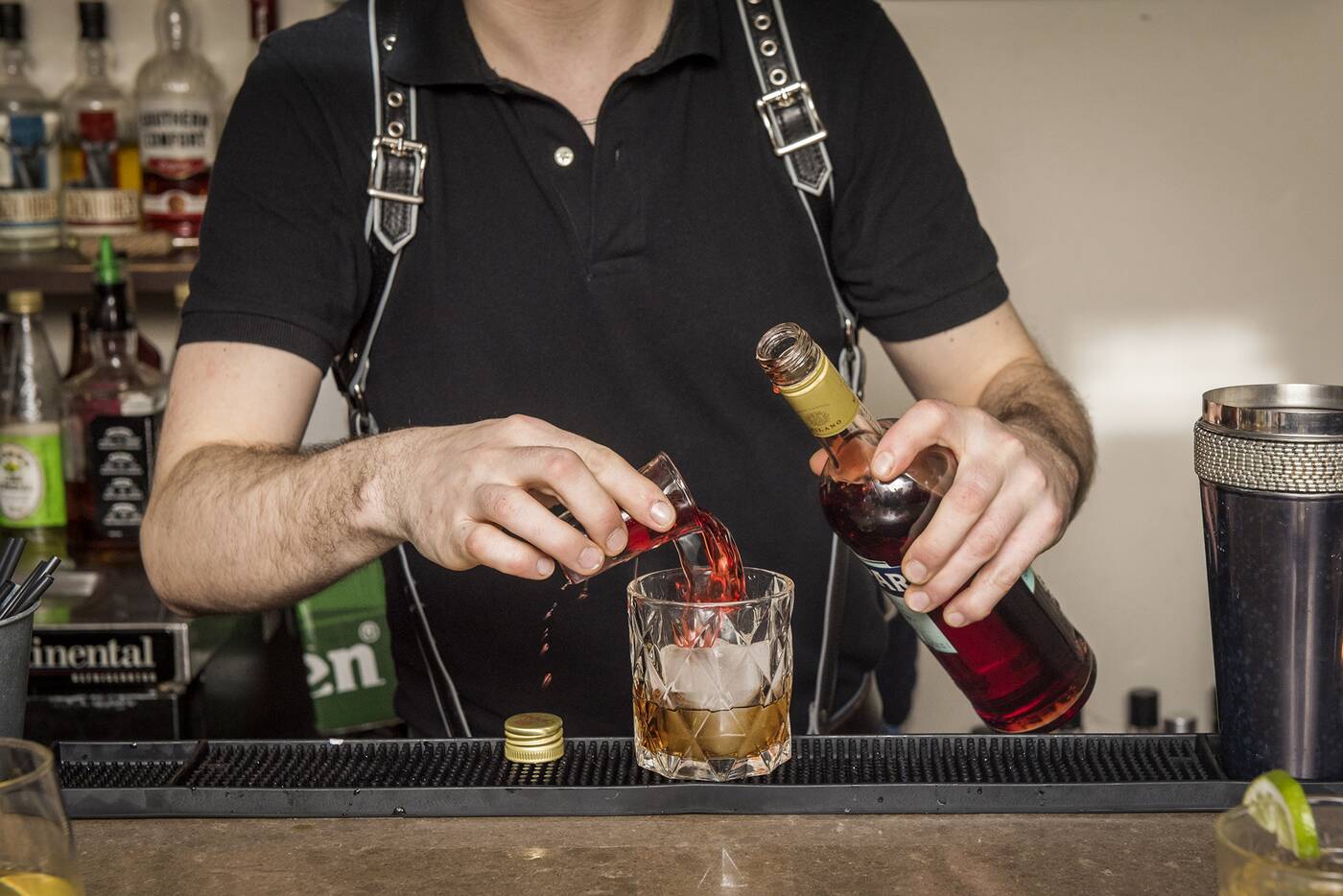 A classic Old Fashioned ($10) is made with Four Roses Bourbon and Dolin vermouth. It’s got a cheery red hue to it and a balanced taste. 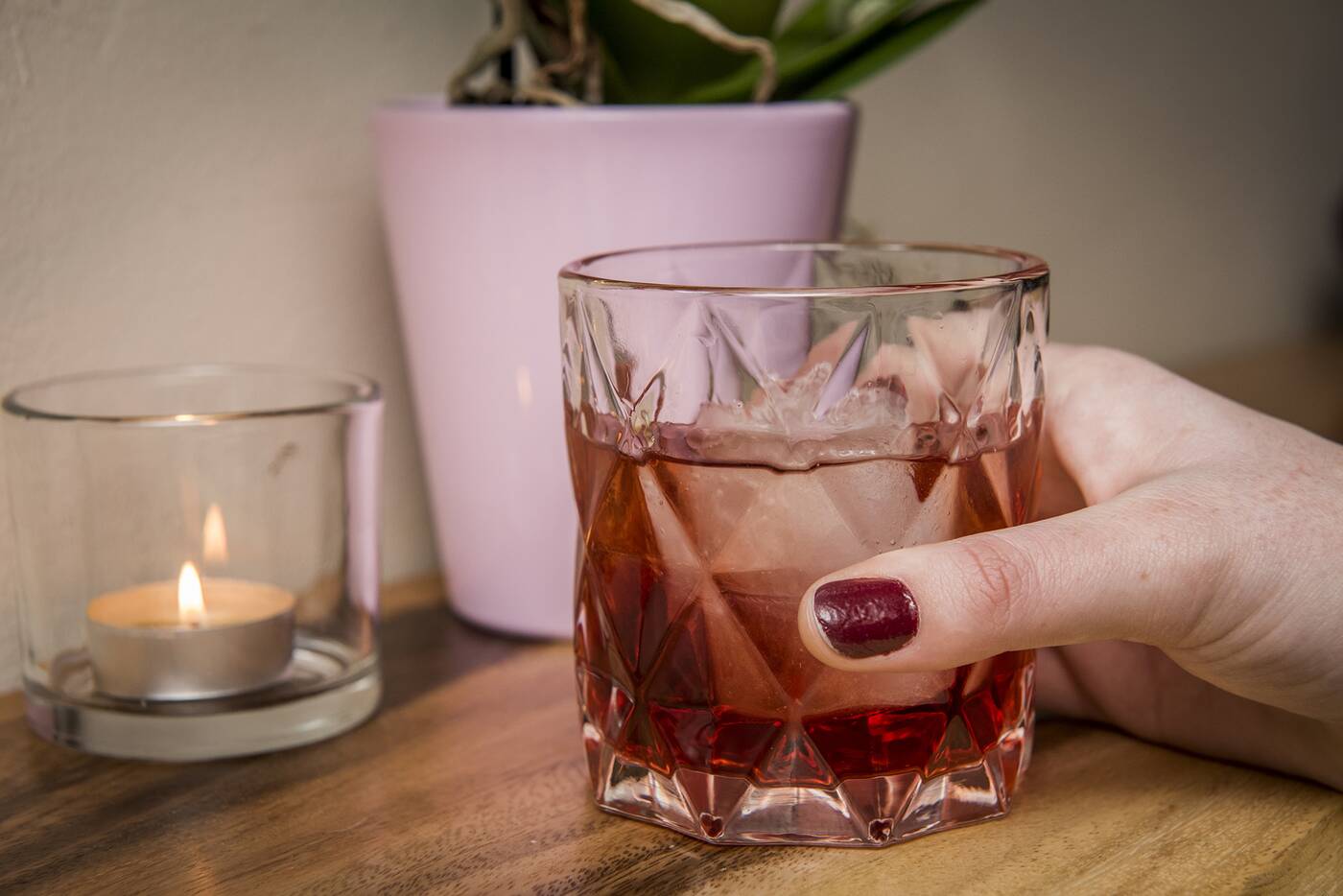 Giant ice cubes so drinks don’t get too watered down and quality glassware are nice touches. 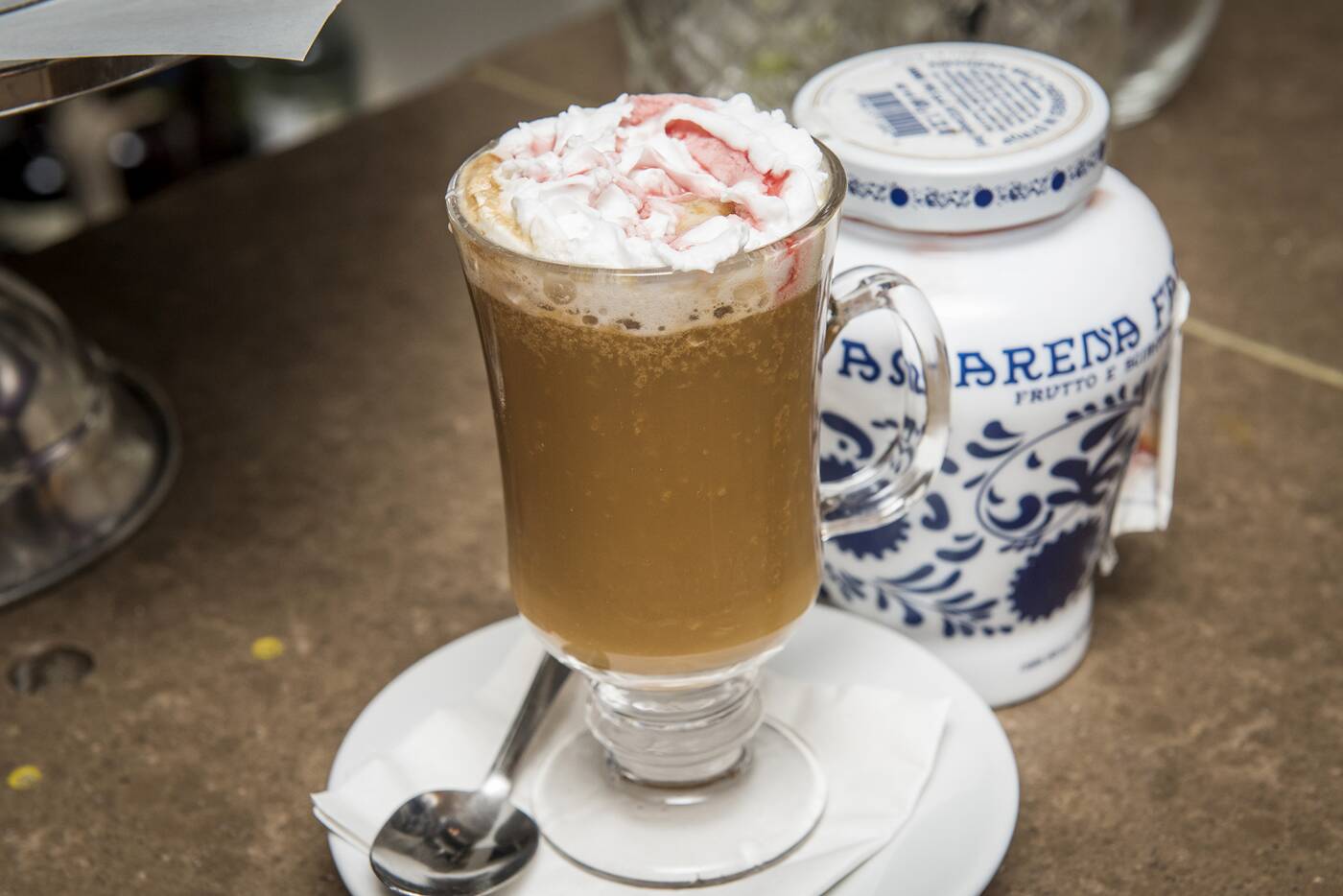 Sweet signature cocktail The Drink combines their two fortes of coffee and liquor with hot espresso, Bailey’s, Frangelico and creme de cacao topped with whipped cream and a cherry. 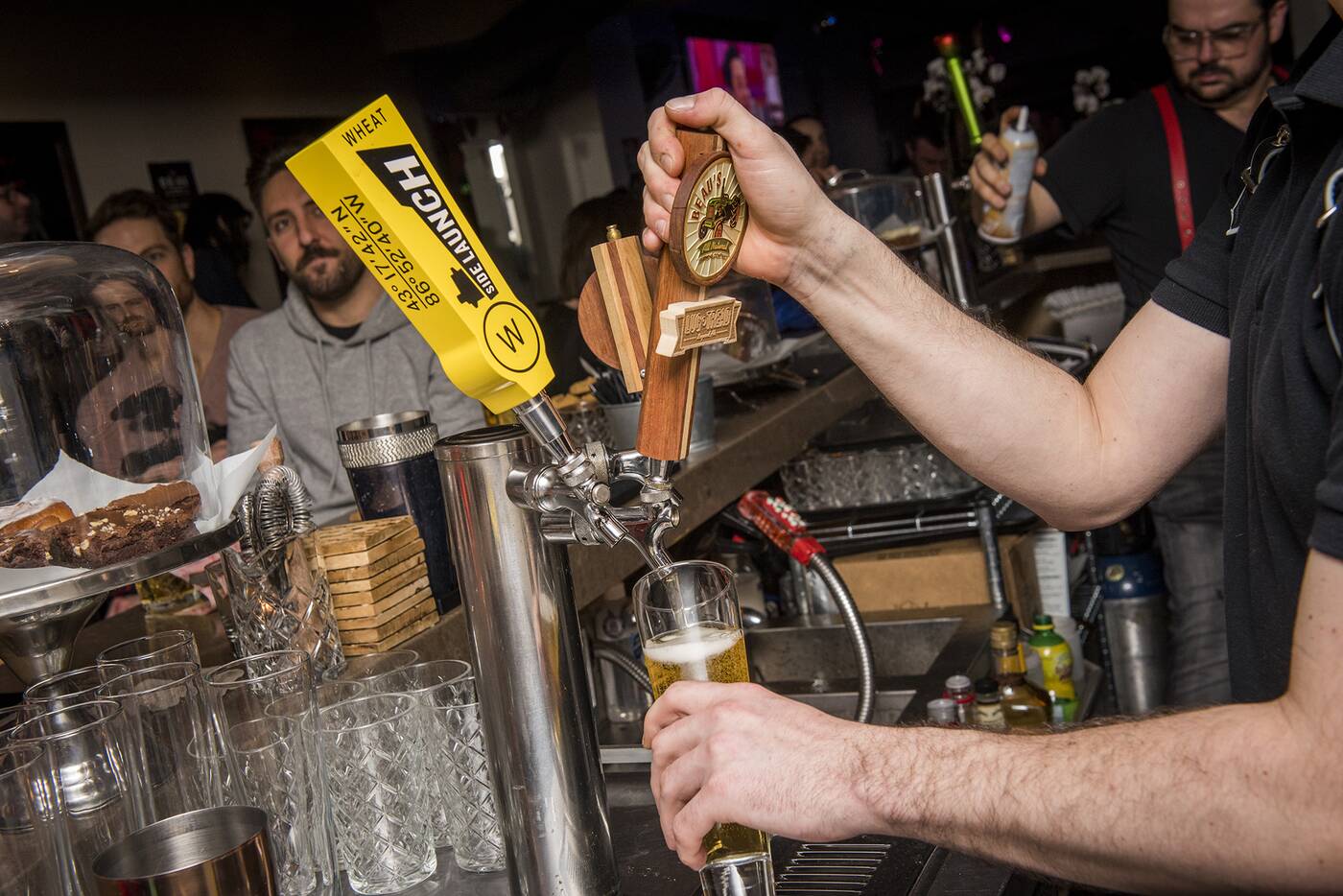 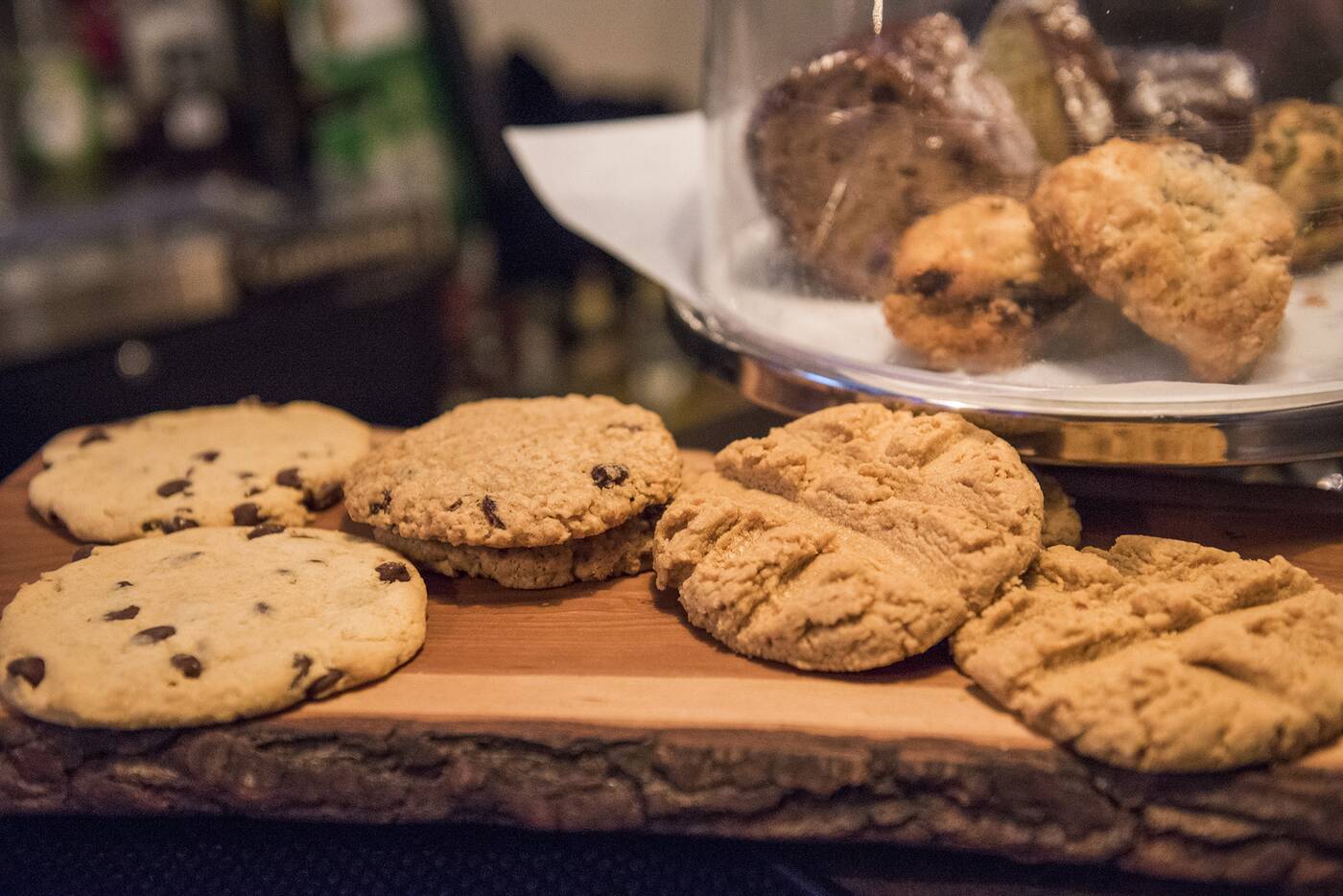 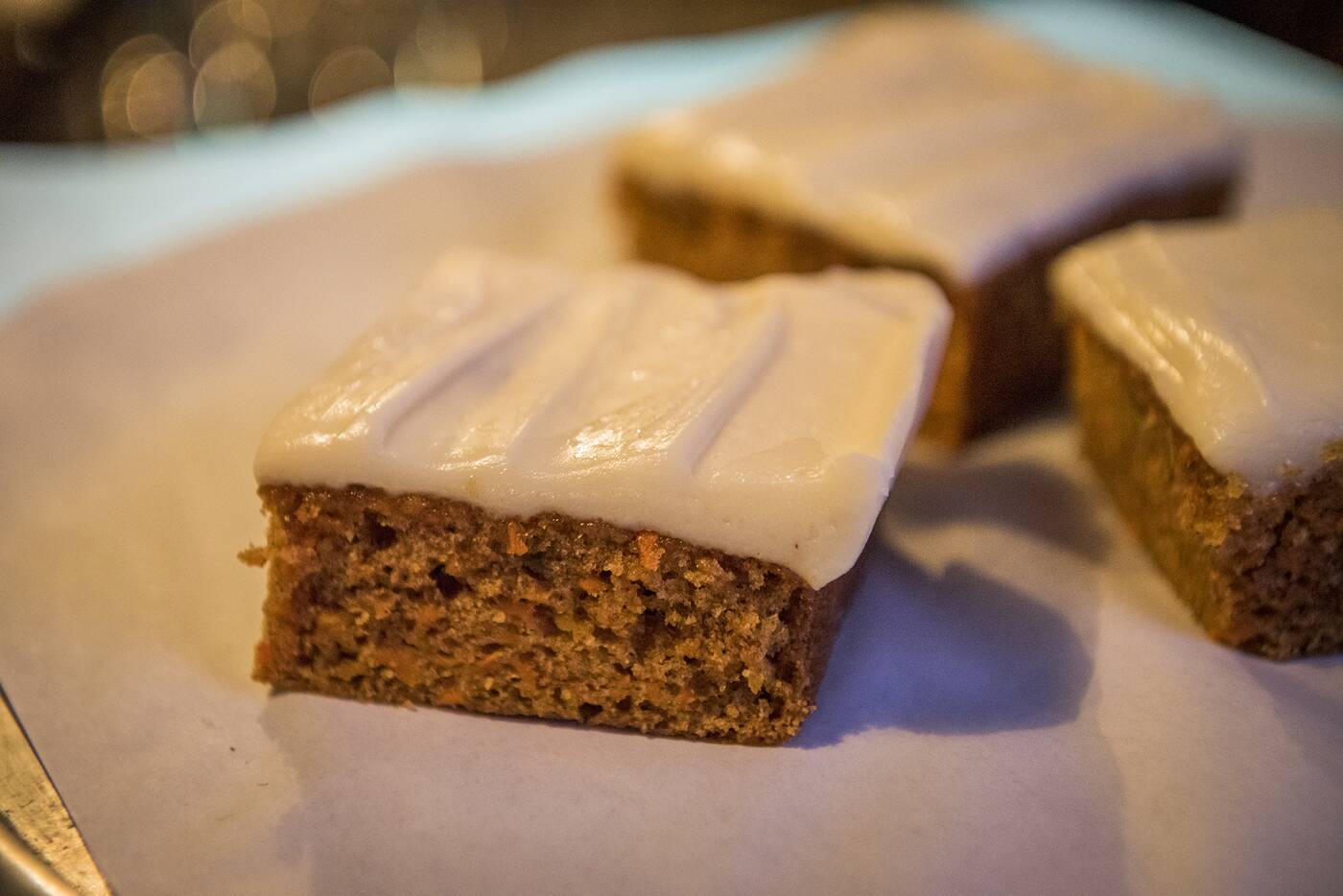 Apparently thickly frosted carrot squares are the most popular. 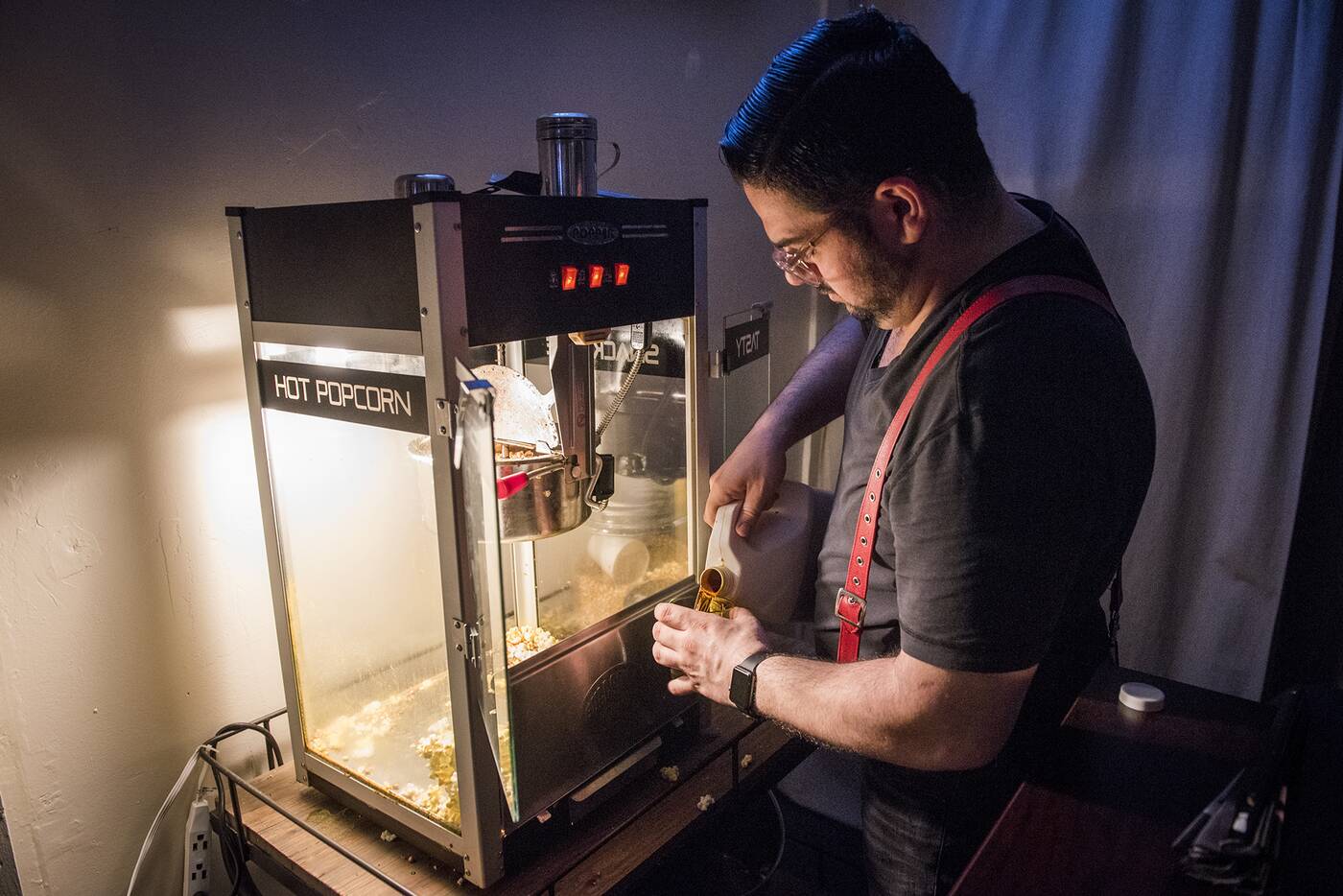 A complimentary popcorn machine also putters away in the corner for a bit of a savoury late night snack option, probably necessary considering all the alcohol being consumed. 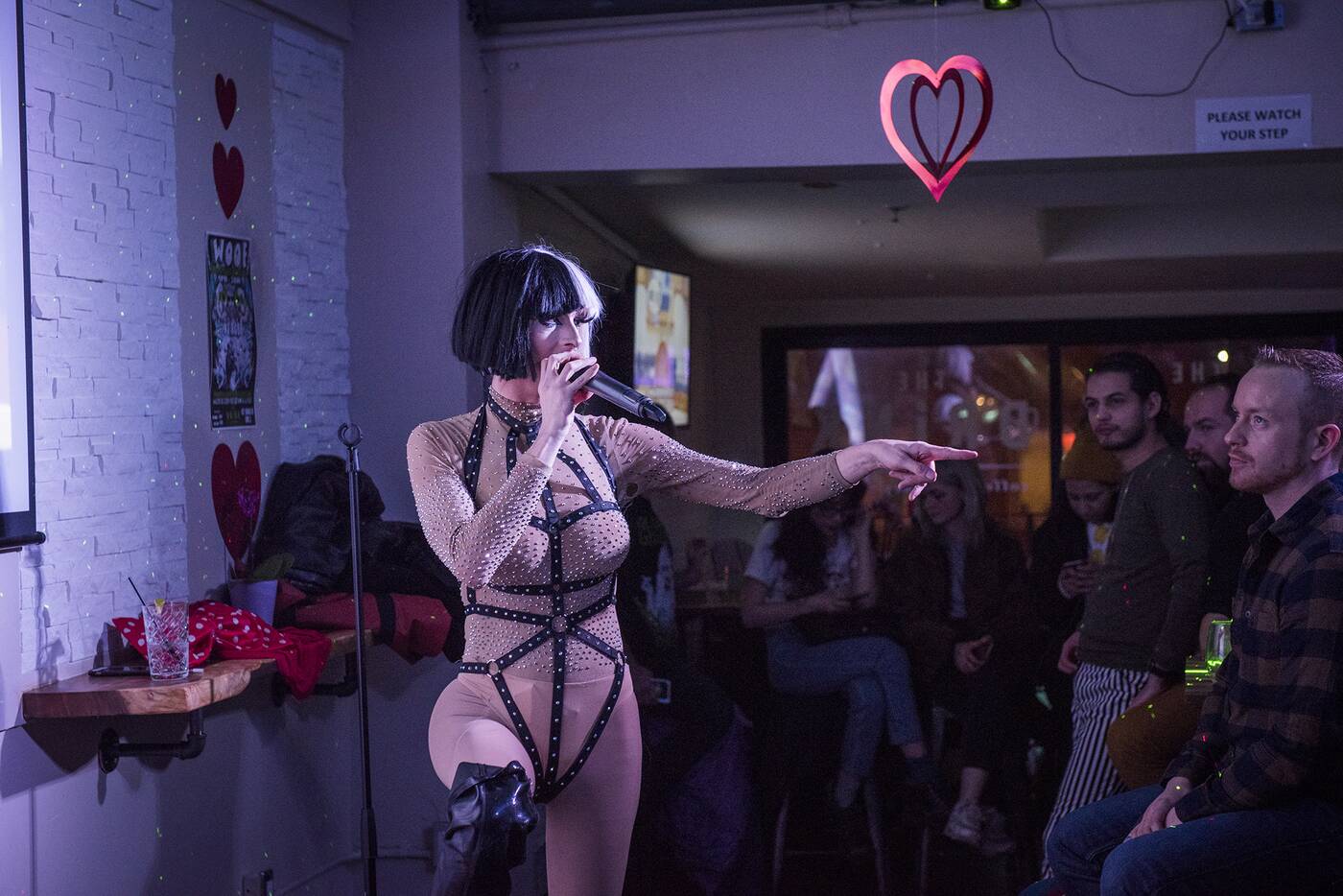 Before this the spot was home to multiple casual restaurants, so the community-based transformation is welcome. 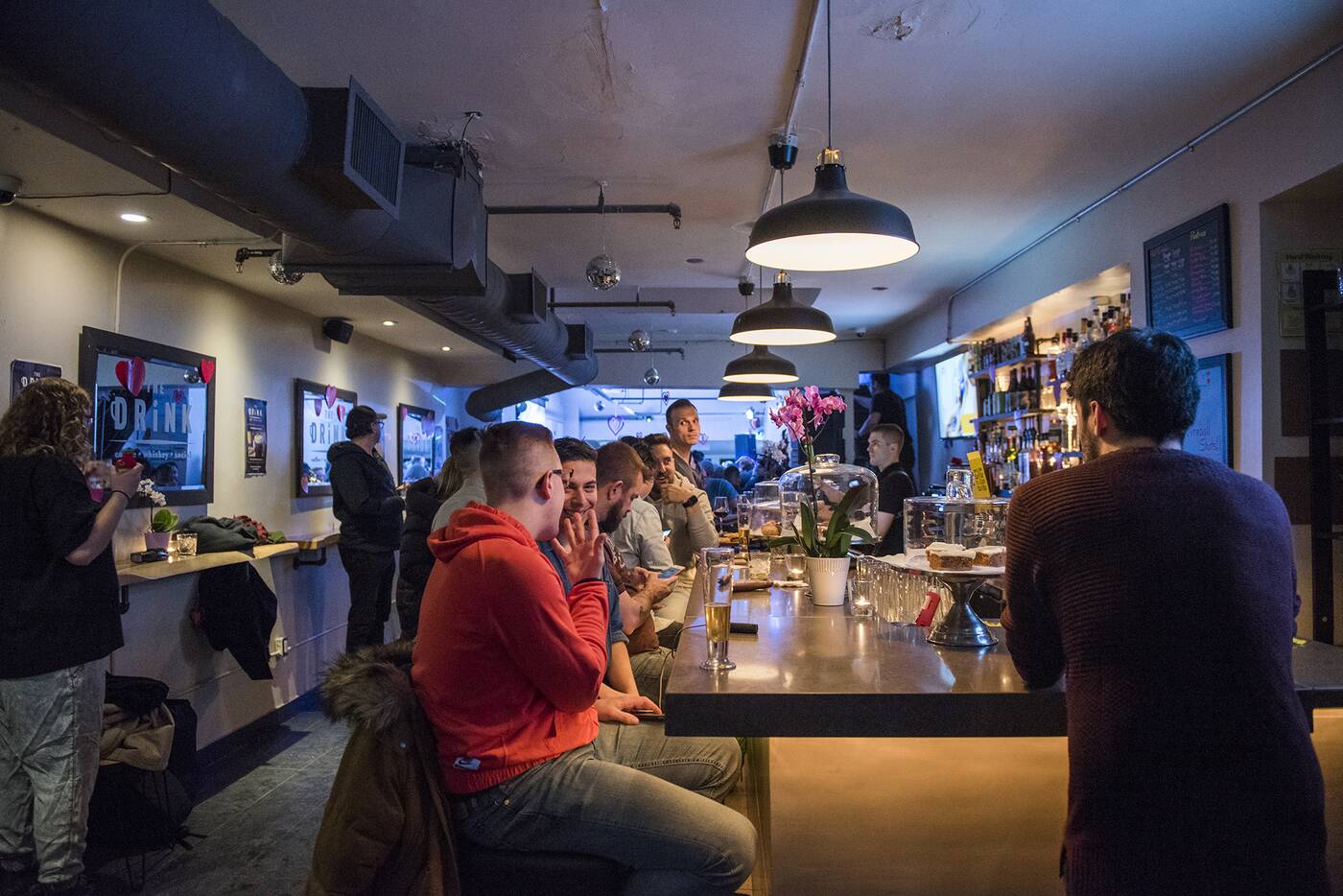 Arrive early for events because it gets packed in here, and check out mimosa specials during the day on weekends. 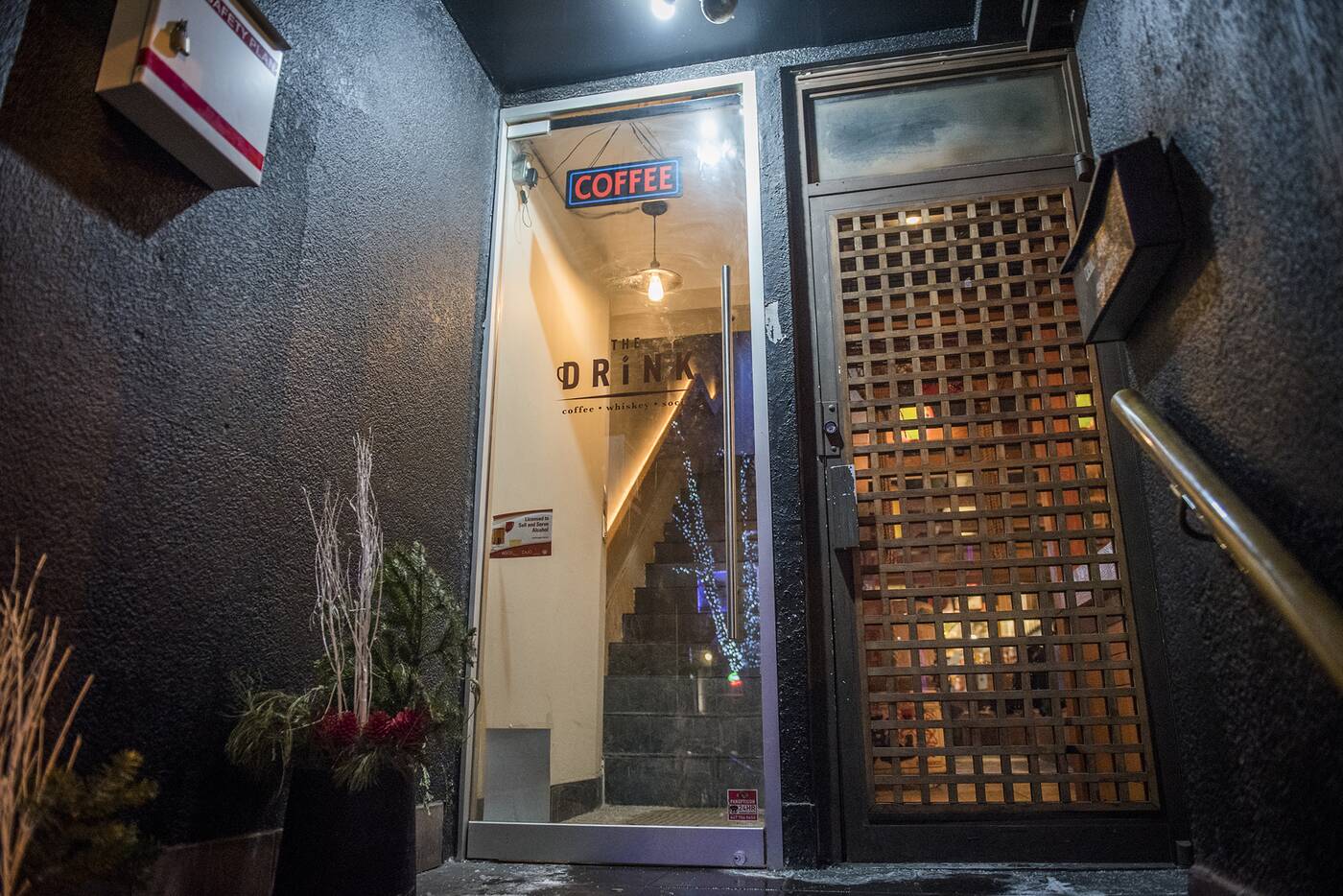