The Shamrock Bowl preserves a piece of Toronto history in the form of a five-pin bowling alley.

Housed in a building that was completed in 1947, when the community banquet hall at the time wanted to add a lower-level beer bar (now a GoodLife), the Catholic Church that used to issue licences demanded something be added for families as well and the bowling centre was born in 1953. 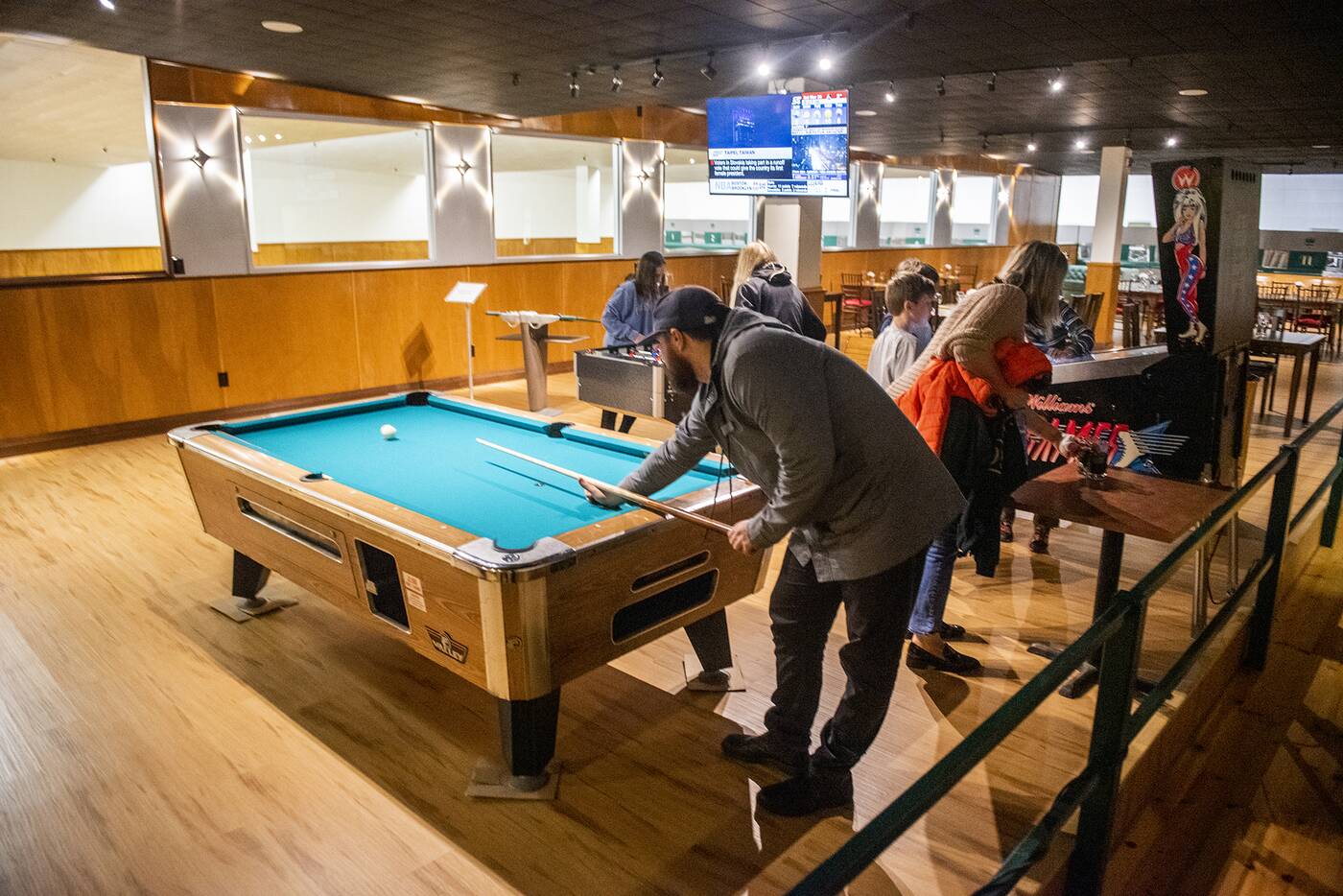 Complete with all the original seating, ball racks, lanes and scoring tables (that means pencil and paper, though there are helpful instructions), four of the original 12 lanes have been covered by a restaurant, billiards and mini arcade area. 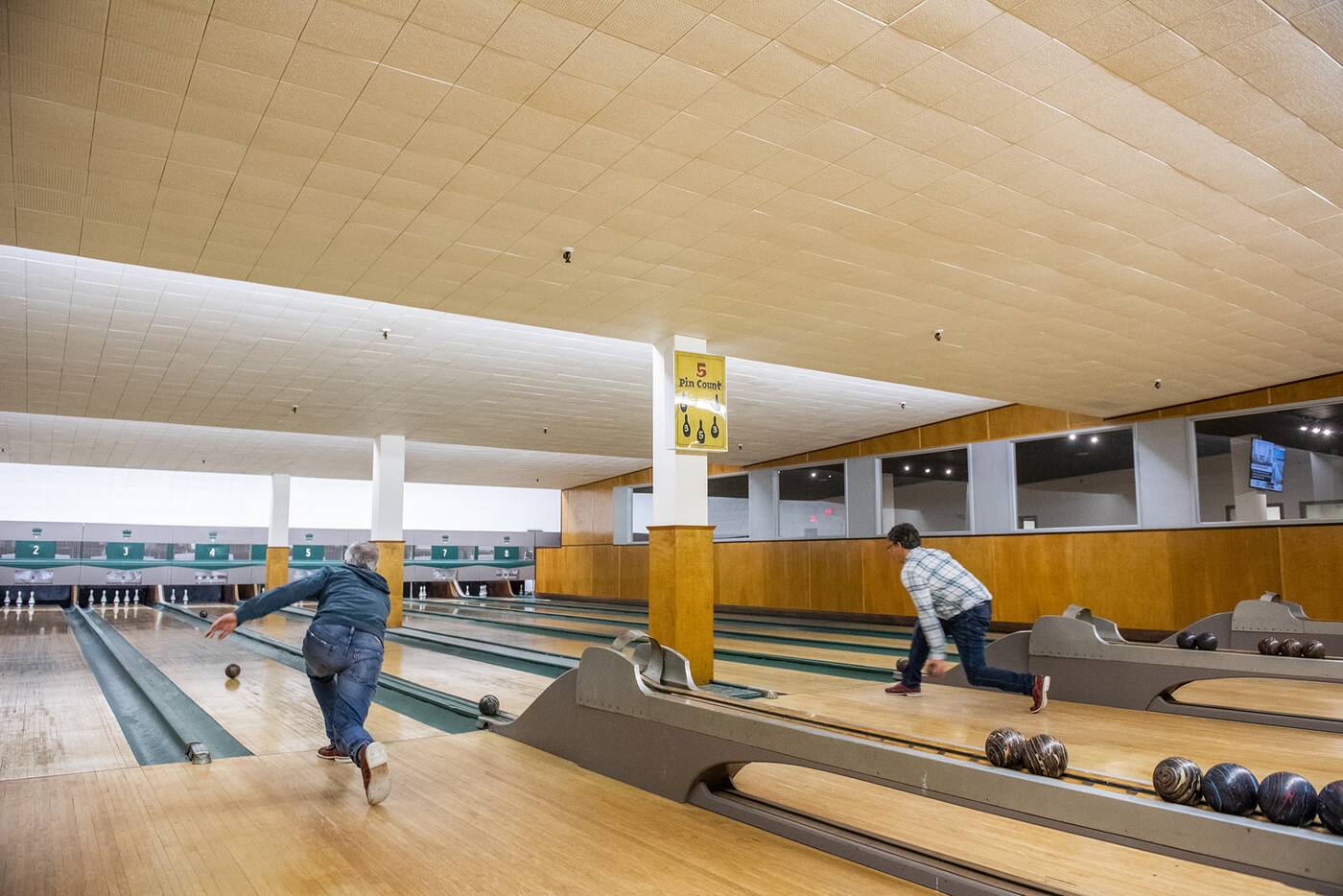 Bowling costs $40 per hour and lane, with time slots starting on the hour and only four people allowed per lane. Shoe rental is five bucks. 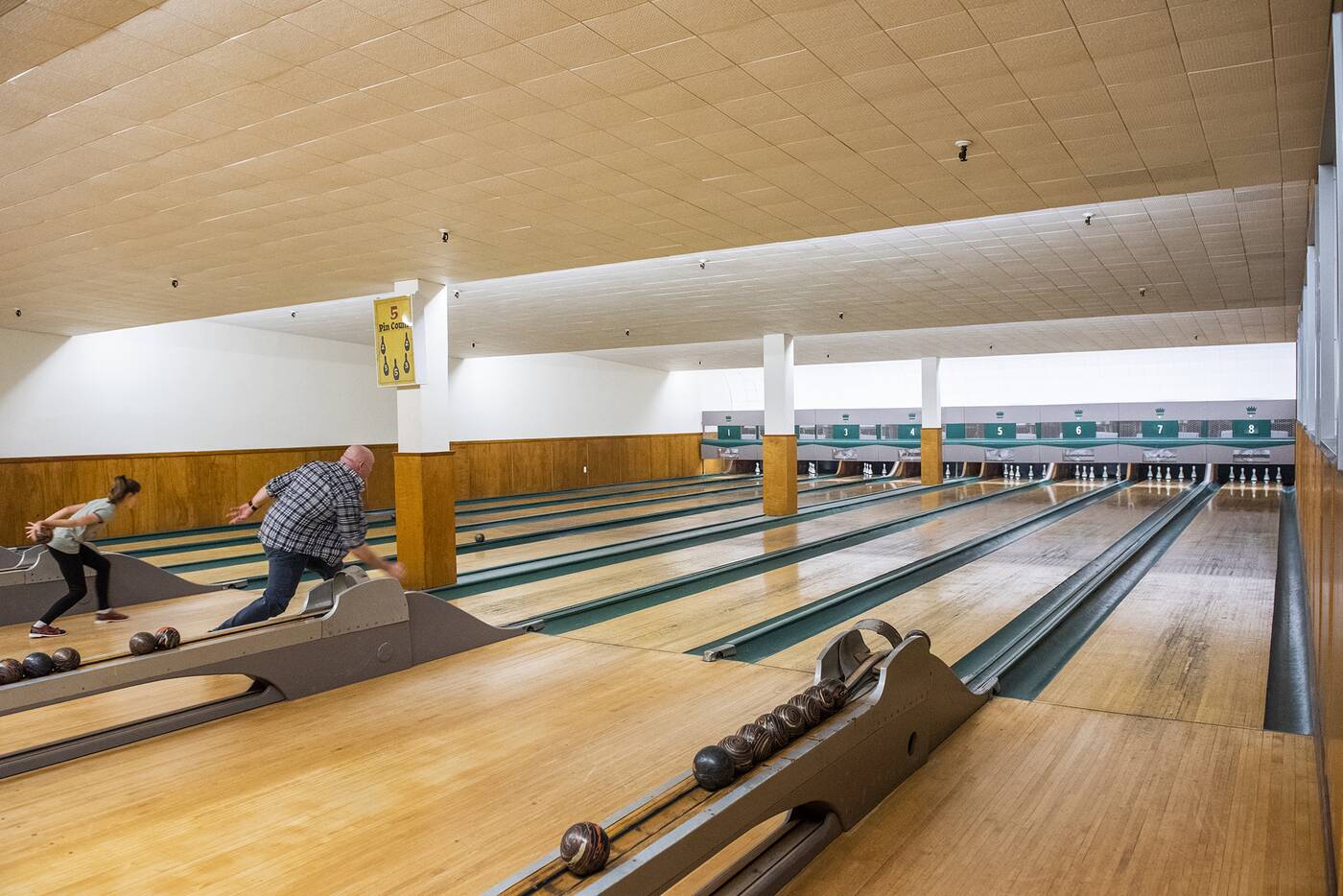 Pin setting machines were actually only installed later in the 1950s, the pins set totally manually for the first couple years. 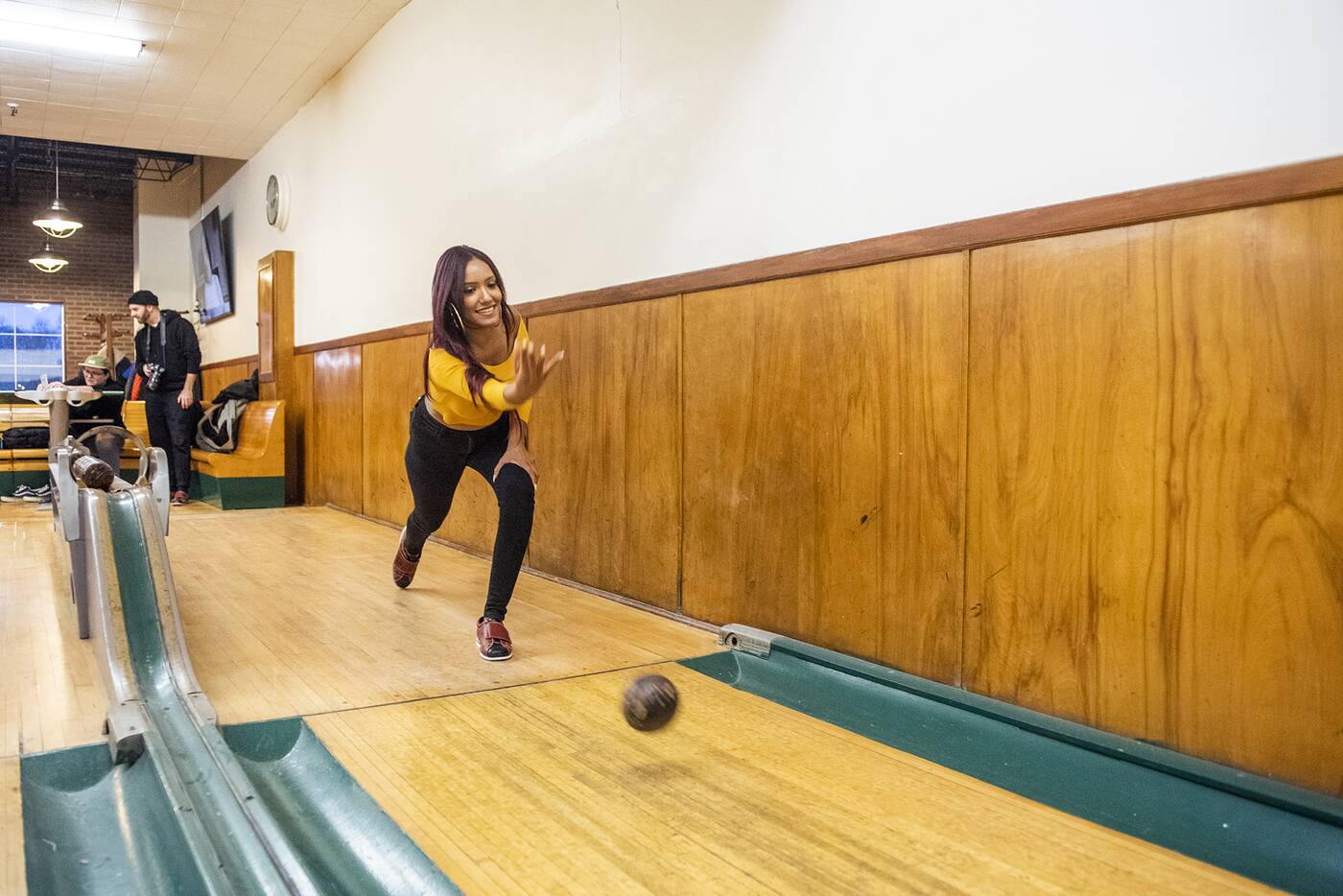 Five-pin bowling is pretty much unique to Canada, and the Swiss machines used here were specially made. 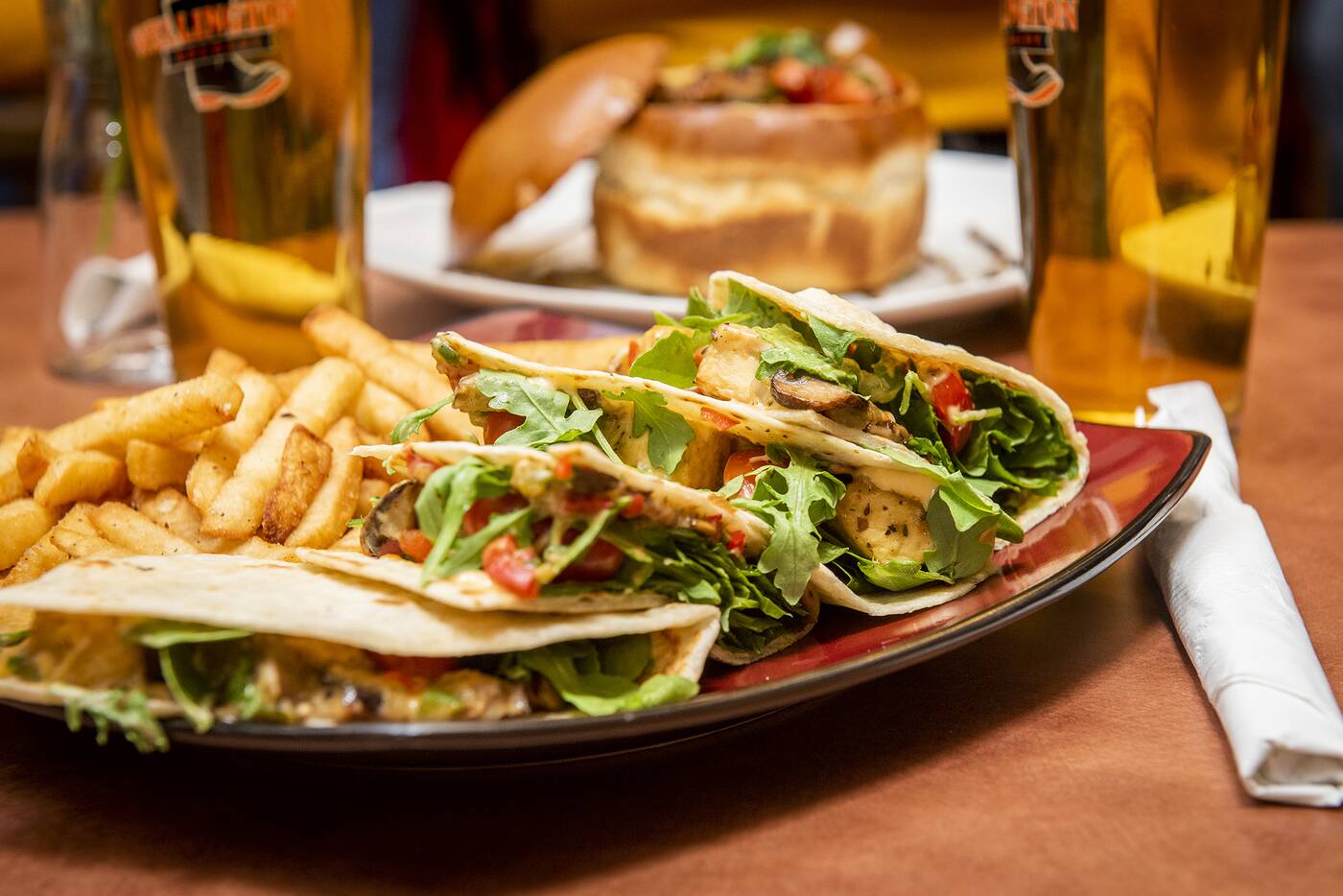 A P.E.T.A. piadina ($9) is one of a selection of four flatbread creations which are apparently inspired by a type of Italian sandwich. 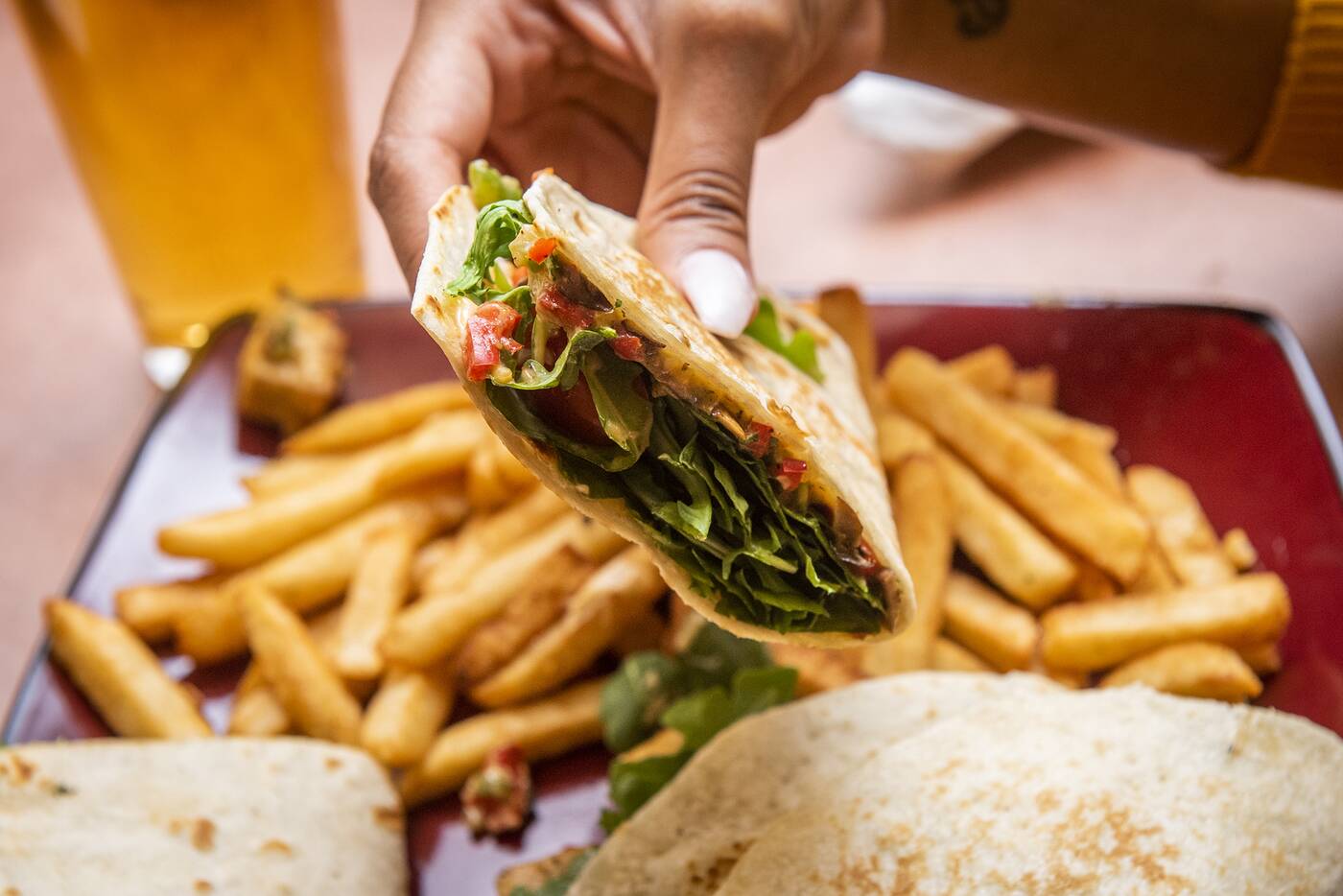 Somewhat obviously based on the name, this one is vegetarian, with thick cubes of nicely browned tofu, mushroom, tomato, eggplant and arugula, plus a curry mayo. It falls apart a tad but satisfies, and it’s nice to be able to get some greens in a place like this. 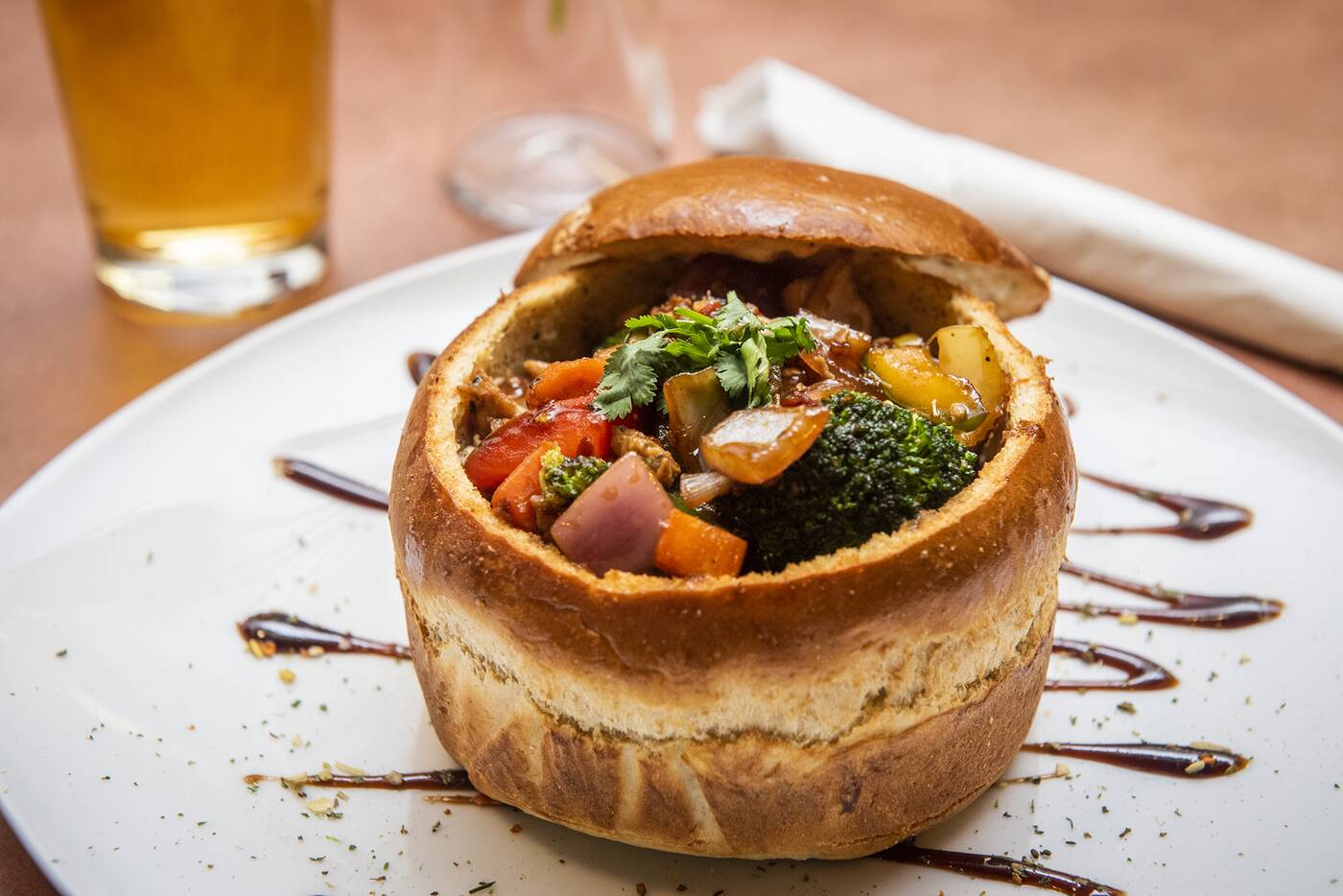 Sourdough bread creations like The Chef’s Bowl ($15) are inspired Les Bols de Jean in Paris, this one filled with chicken, carrot, celery, onion and bell pepper in a soy-hoisin sauce that’s a little frozen dinner-ish, but ultimately balanced. 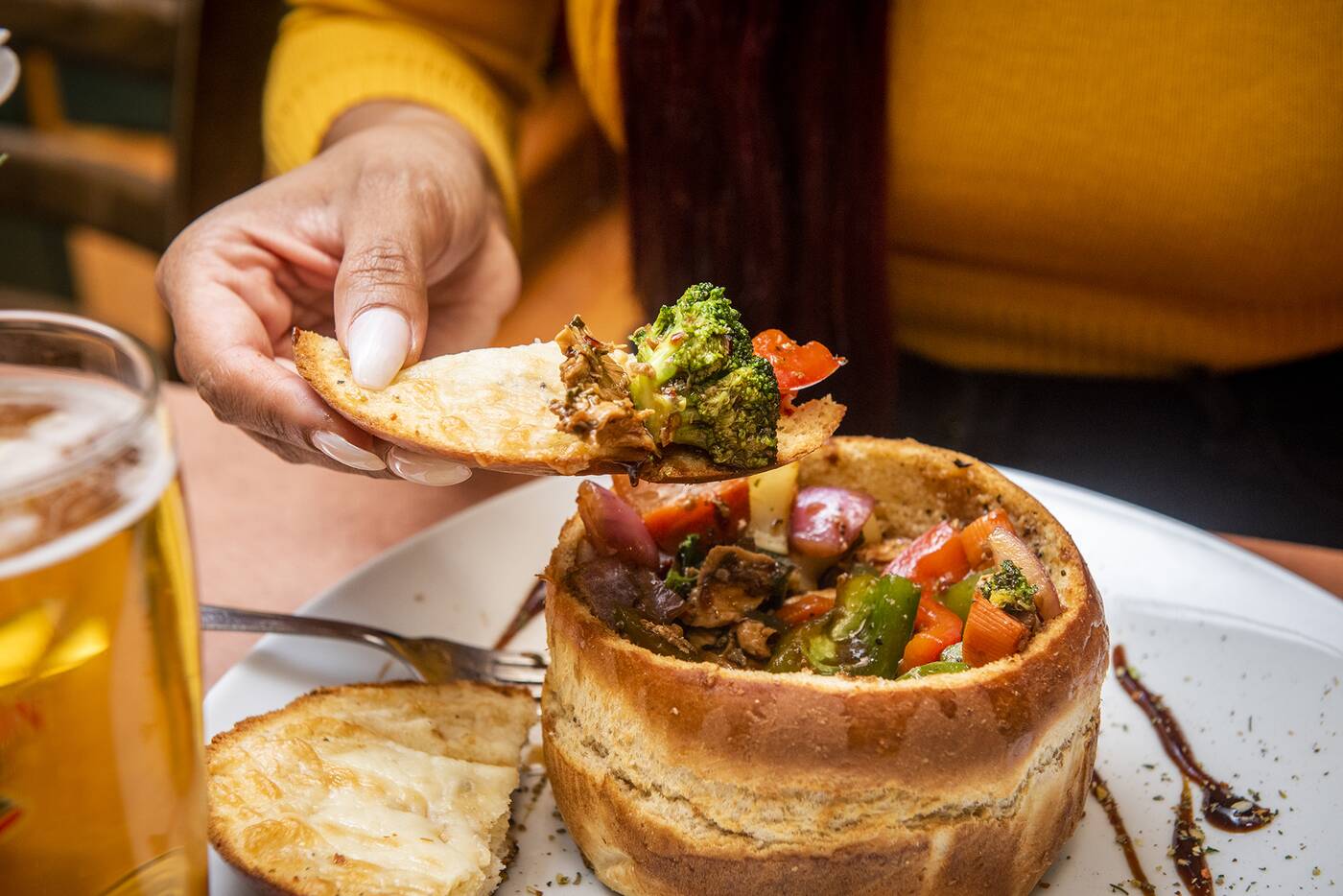 The bread bowl itself is actually pretty good, buttery and garlicky on the inside and good at soaking up the last saucy dregs when finishing the dish, and the sawed-off top gets turned into a piece of cheesy garlic bread. 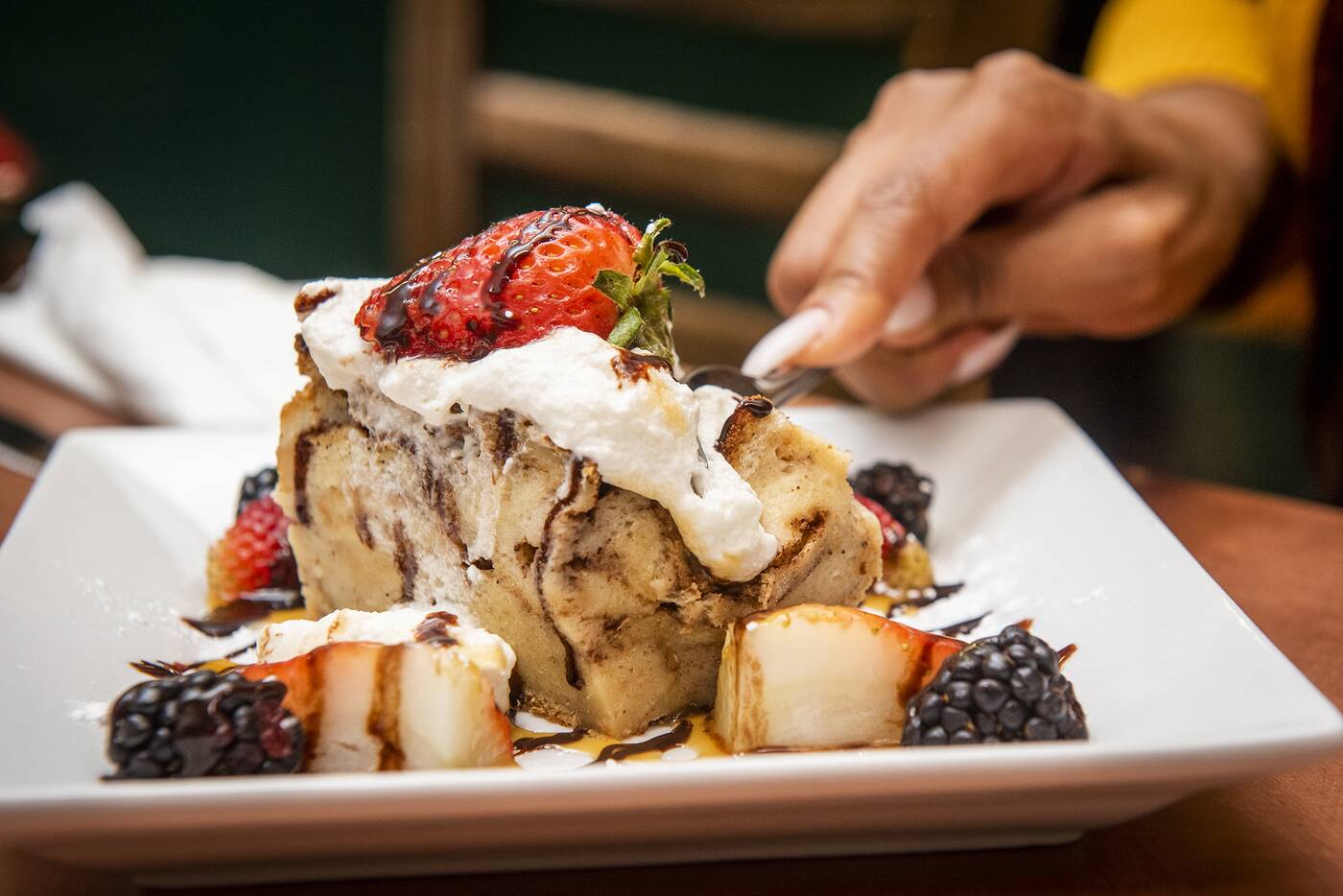 Bread pudding ($7) is an appropriately pub-y and celebratory dessert, eggy, dense and cinnamon-y. 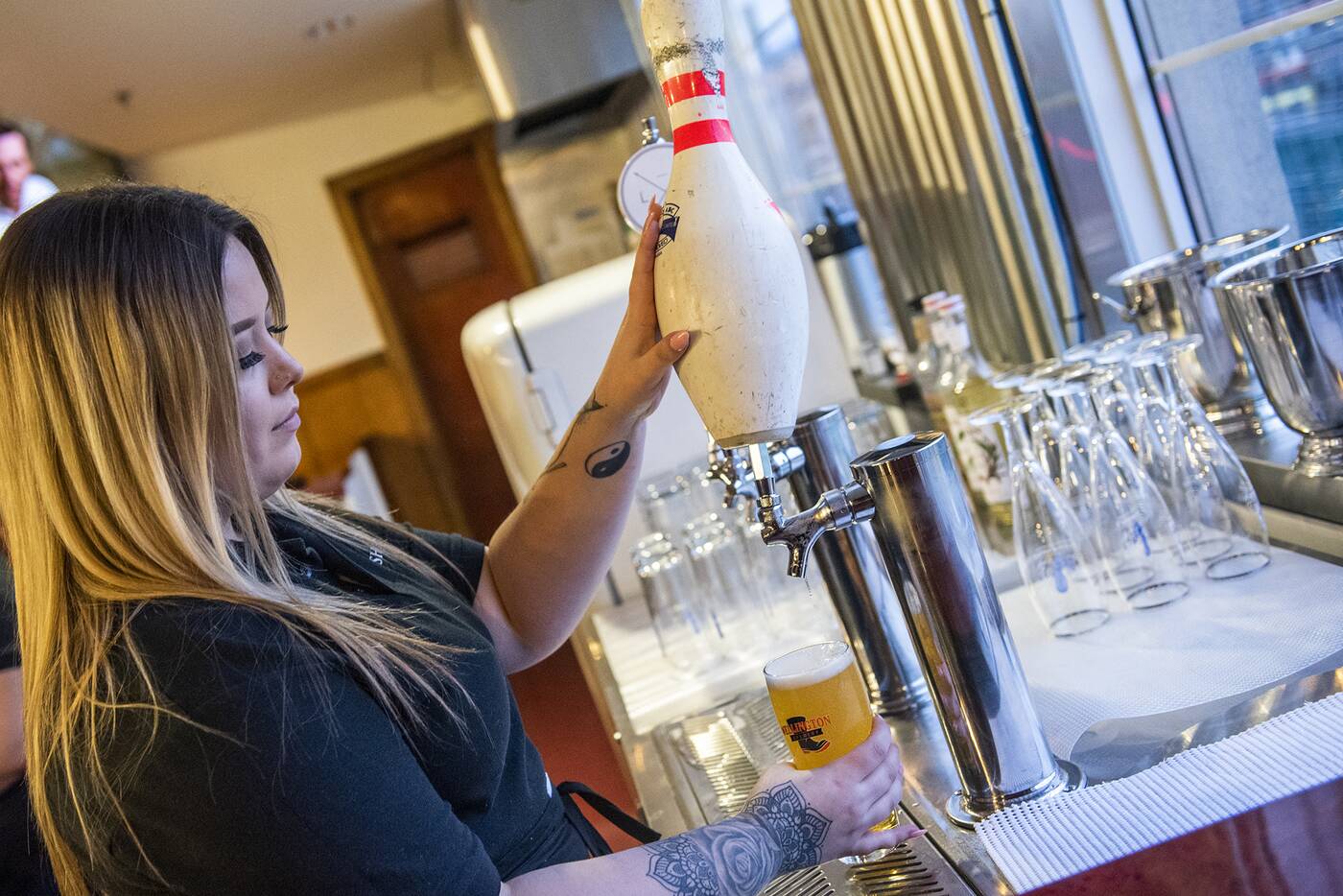 Draft beer goes for $6.75 from a bowling pin tap, with middle-of-the-road options for pints and cans ($7.50) like Wellington, Lost Craft, Sleeman and Steam Whistle. There are actually also options for red, white, and sparkling wine by the glass or bottle, as well as well drinks and standard cocktails like margaritas and cosmopolitans. 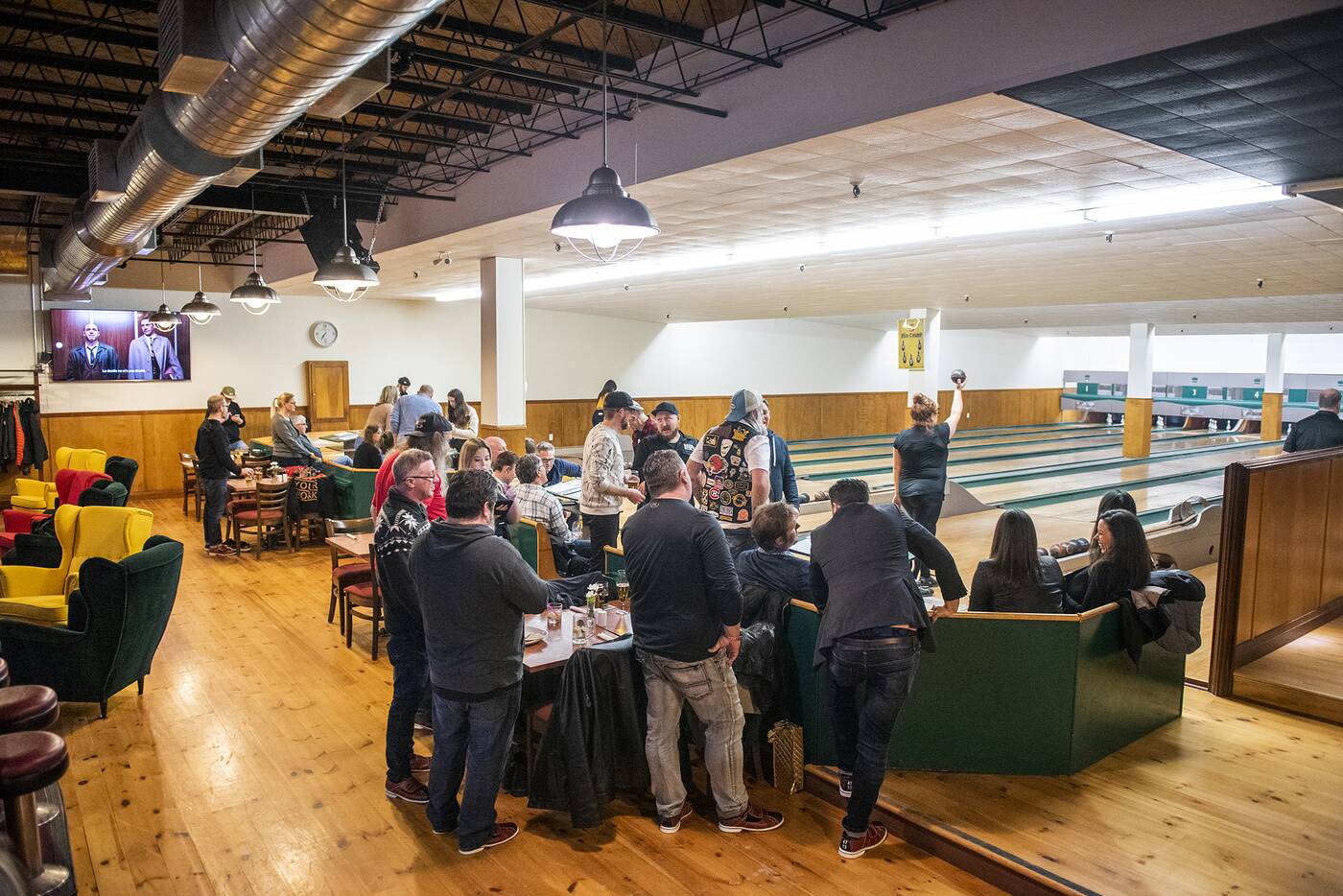 Dine in the 65-seat restaurant area where you can make reservations for big groups, or at tables for four behind each lane. 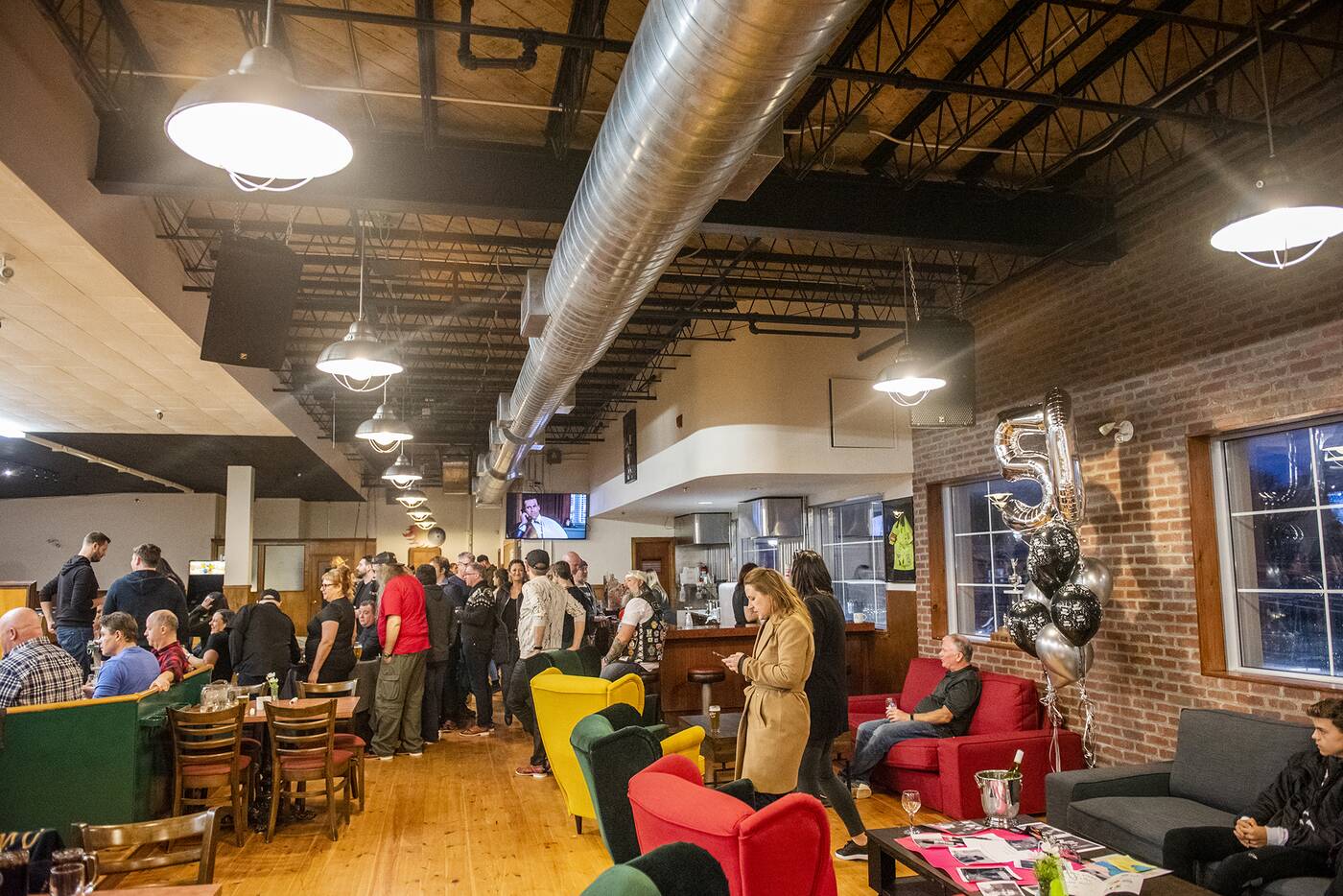 There are also low tables and wing chairs ideal for snacking, chatting and setting down drinks. 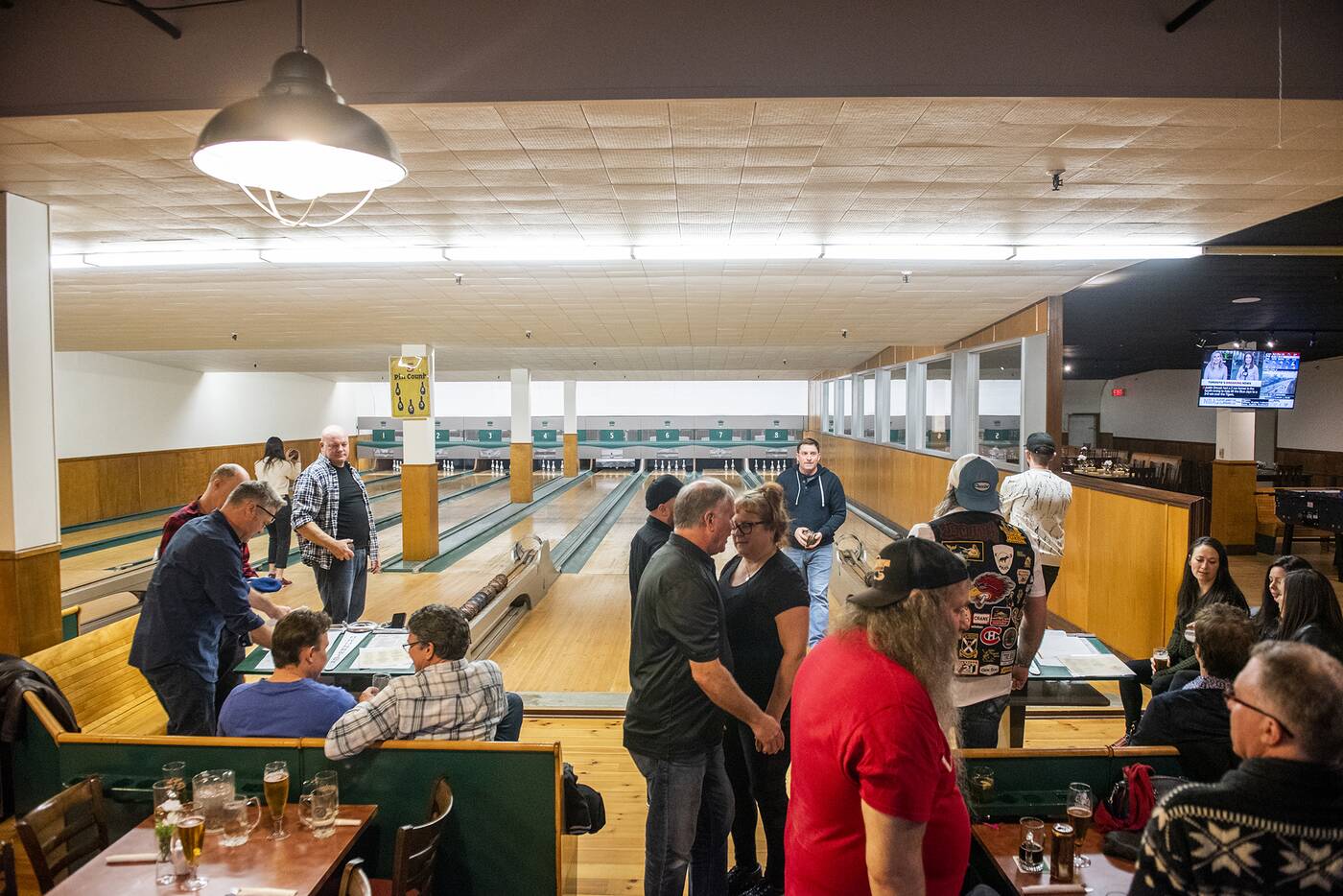 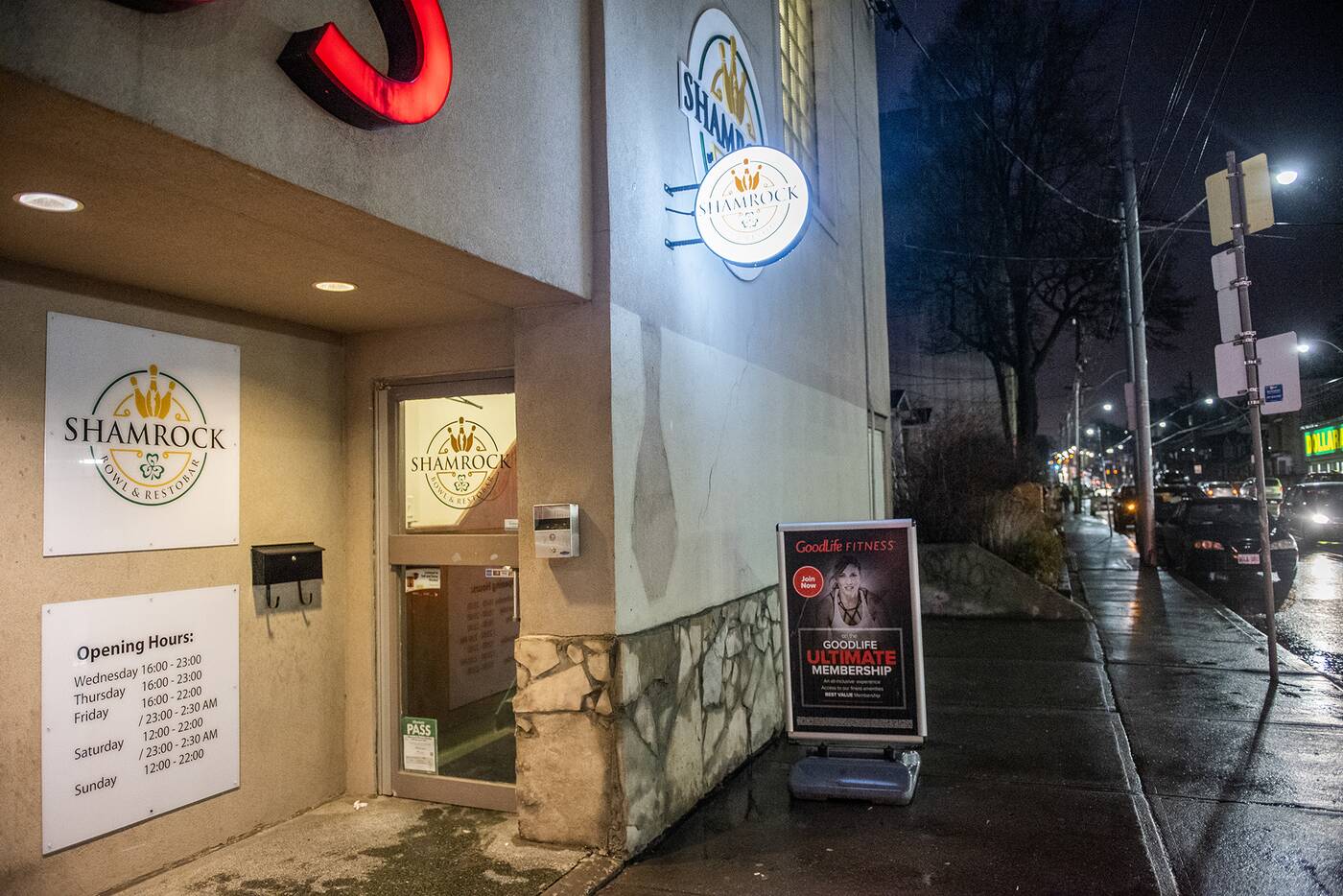