Raiders eSports Centre is a bar catering to esports connaisseurs. Located near Yonge and St. Clair, Raiders has cocktails, beer, and pub snacks to complement their array of games and screens. 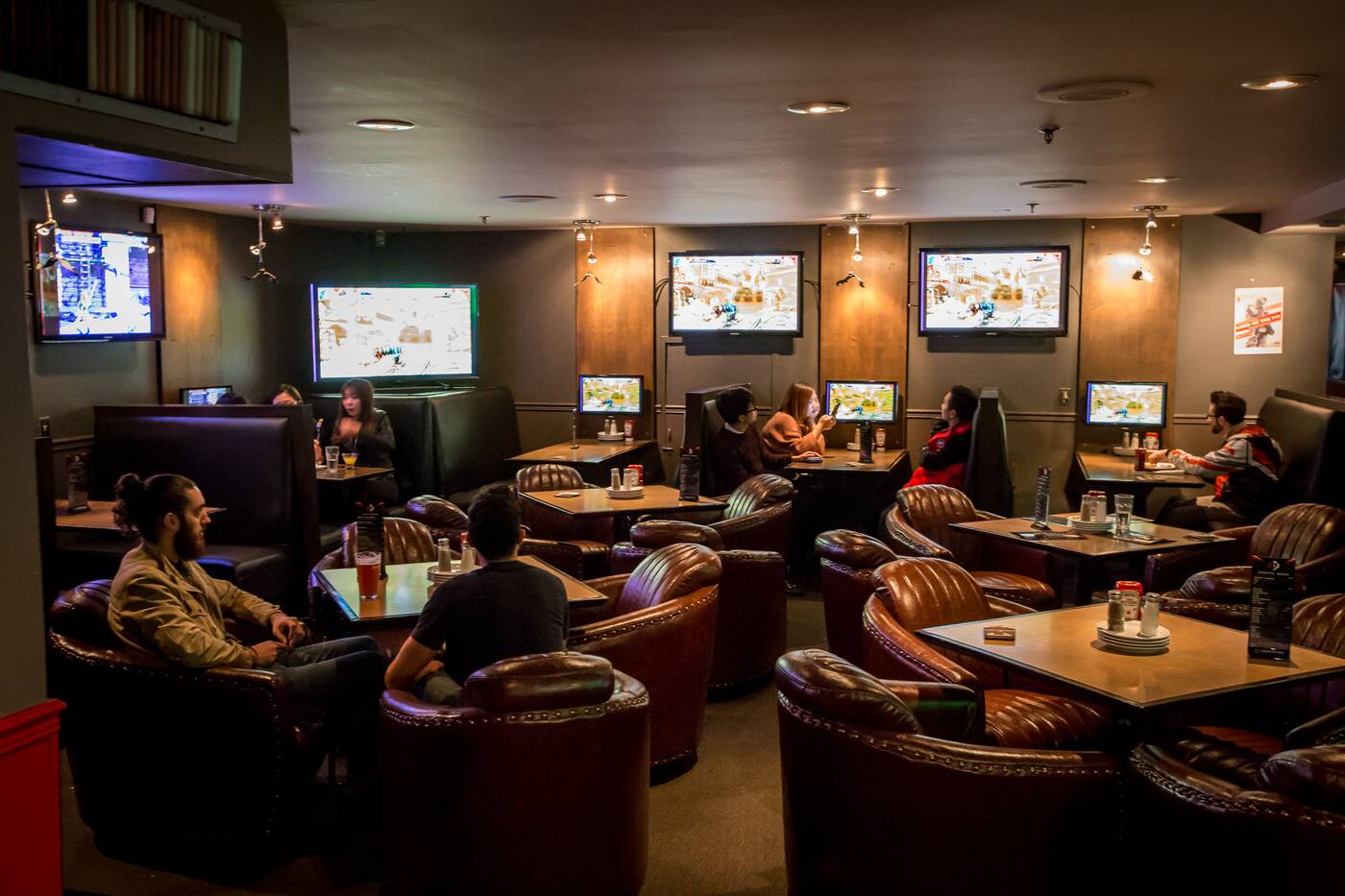 Raiders is set up like an esports mullet with an organized dining room in the front and serious video gaming space in the back. The dining space has lots of tables and chairs with booths lining the walls and a bar along one side of the space.

TVs adorn the walls, playing sports (both regular and electronic in nature). With dark wood accents, classy leather furniture, and the knowledge that someone is on hour nine of playing DotA in the back room, it almost feels like you're at an aunt's place for a family dinner. 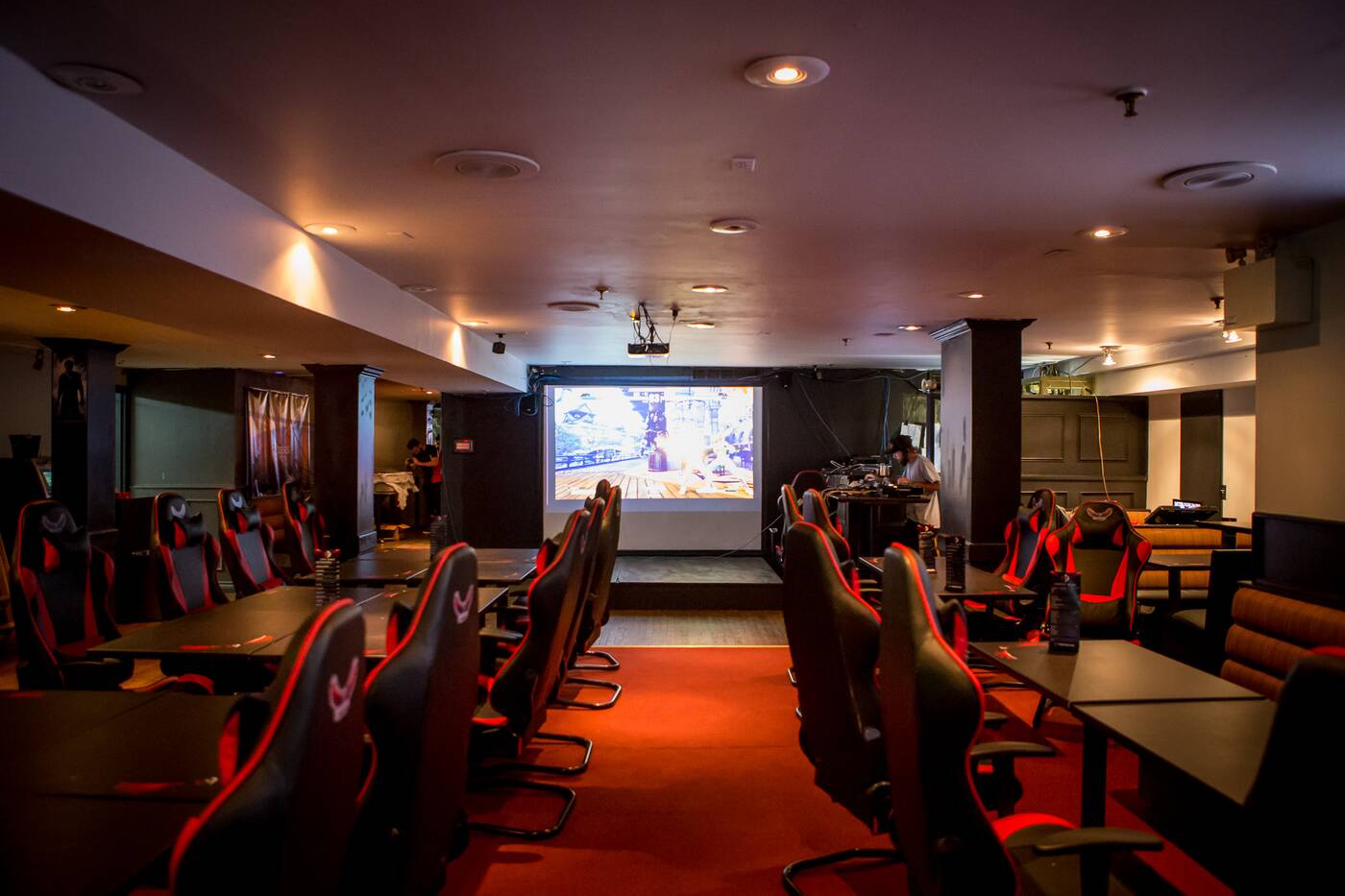 Down the short hallway, the space opens up into a huge room where the magic happens. There's a second bar that's outfitted with a TV and retro video games (free for customers to play).

Across from the bar are rows and rows of computers set up like your high school's computer lab, but with much comfier chairs and less fears about whether someone is changing their MSN username to a Linkin Park lyric as a result of something you did.

Using one of the 24 gaming PCs, as well as the hundreds of games available, runs you $5 per hour ($3 if you have a membership - it's free but members have to purchase a minimum of ten hours to join). 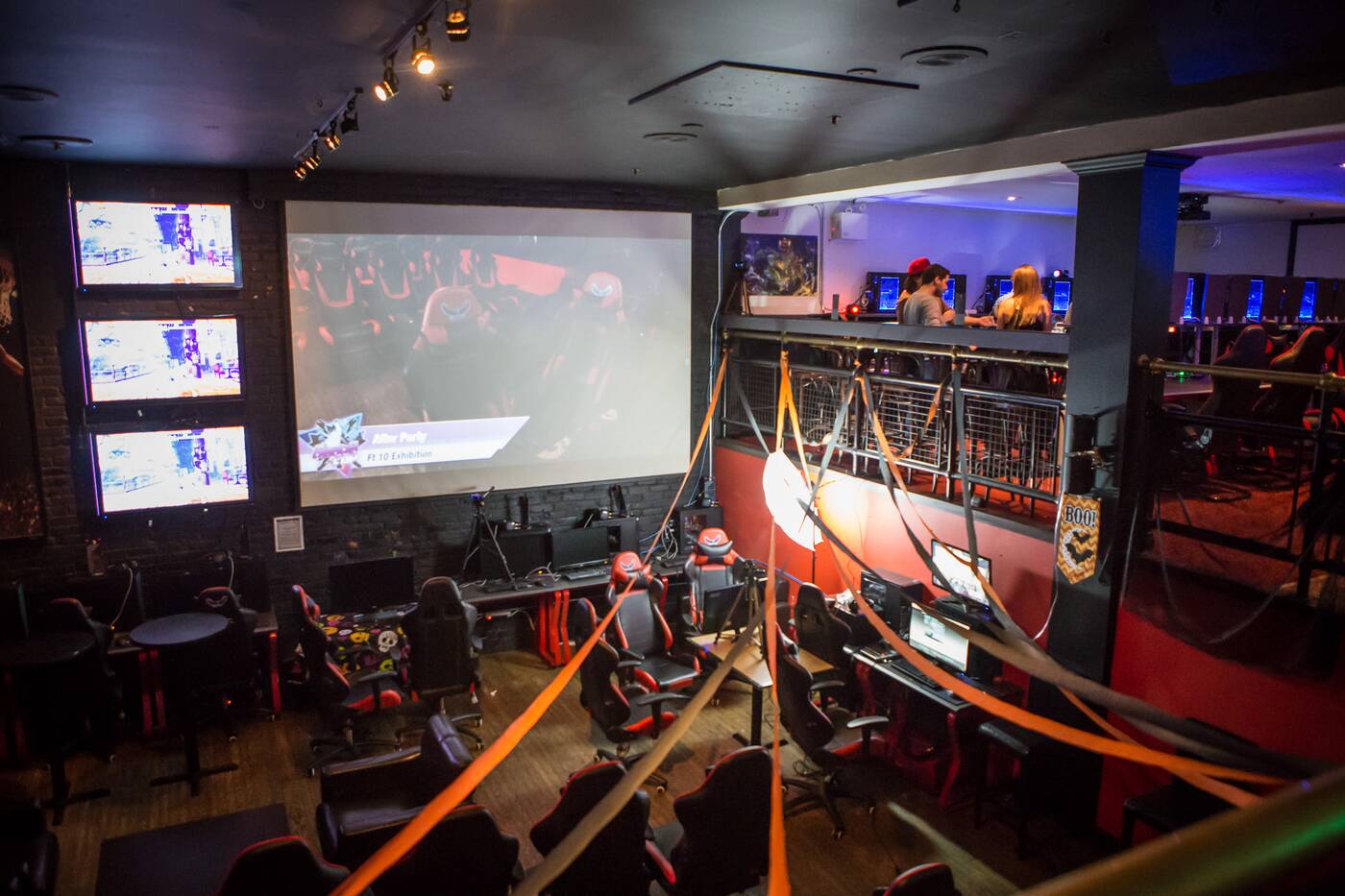 Across, there's space with tables and more gaming chairs, and a projector attaching to their control booth. The booth allows Raiders to show eight different streams at different points throughout the space.

There's also a VR station, which unfortunately wasn't in use while I was there but prices are usually $20 (seating station) to $25 (standing session) per 40 minute session. Down some stairs, there are even more gaming computers set up. 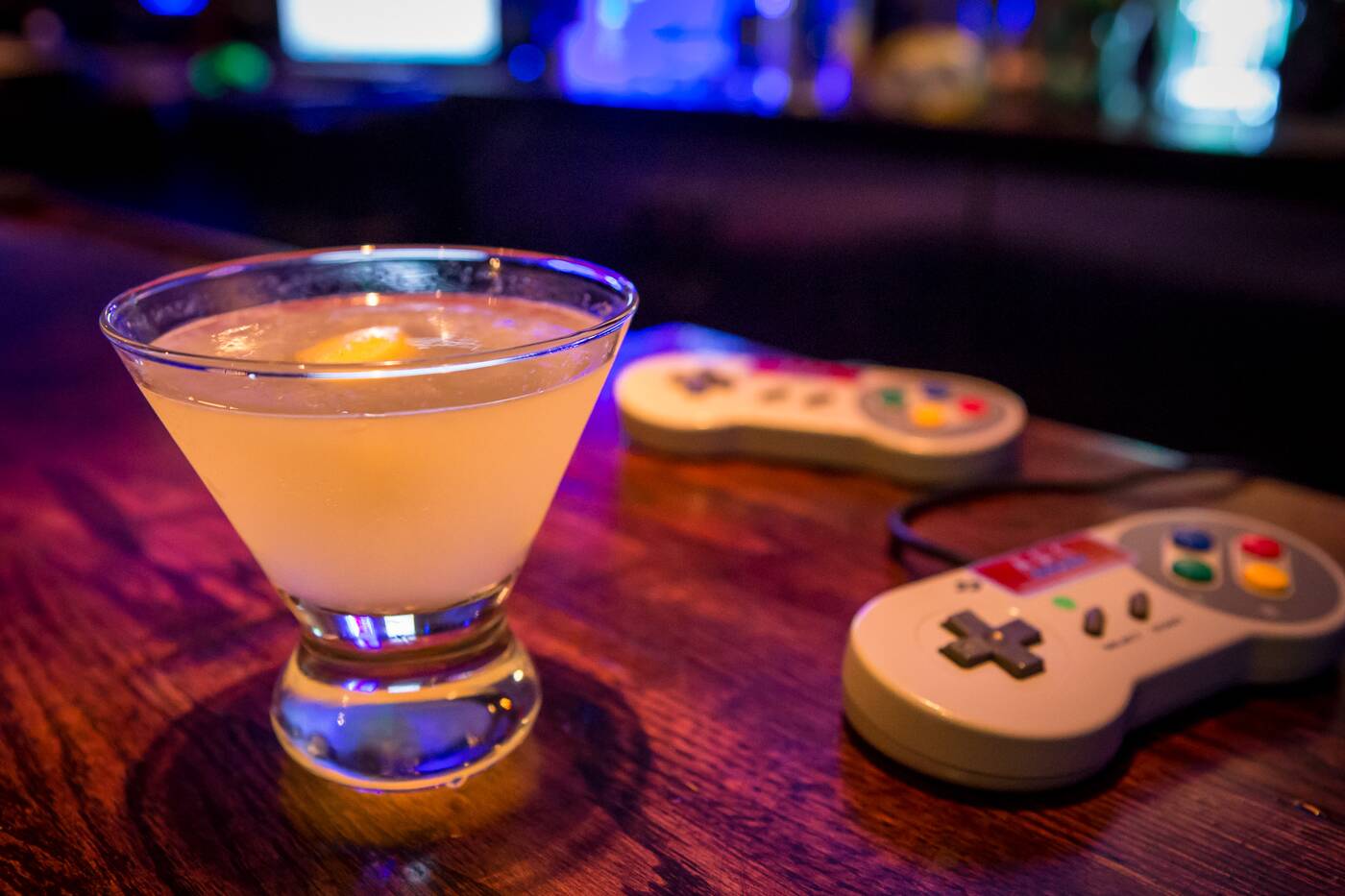 Back at the bar, I ordered the Raiders Cocktail from the lengthy list of custom created drinks ranging from $7-15. The Raiders Cocktail is blend of rum infused with cinnamon and clove, with lime and ginger liqueur ($15). It was fantastic- sweet, spicy, and refreshing. 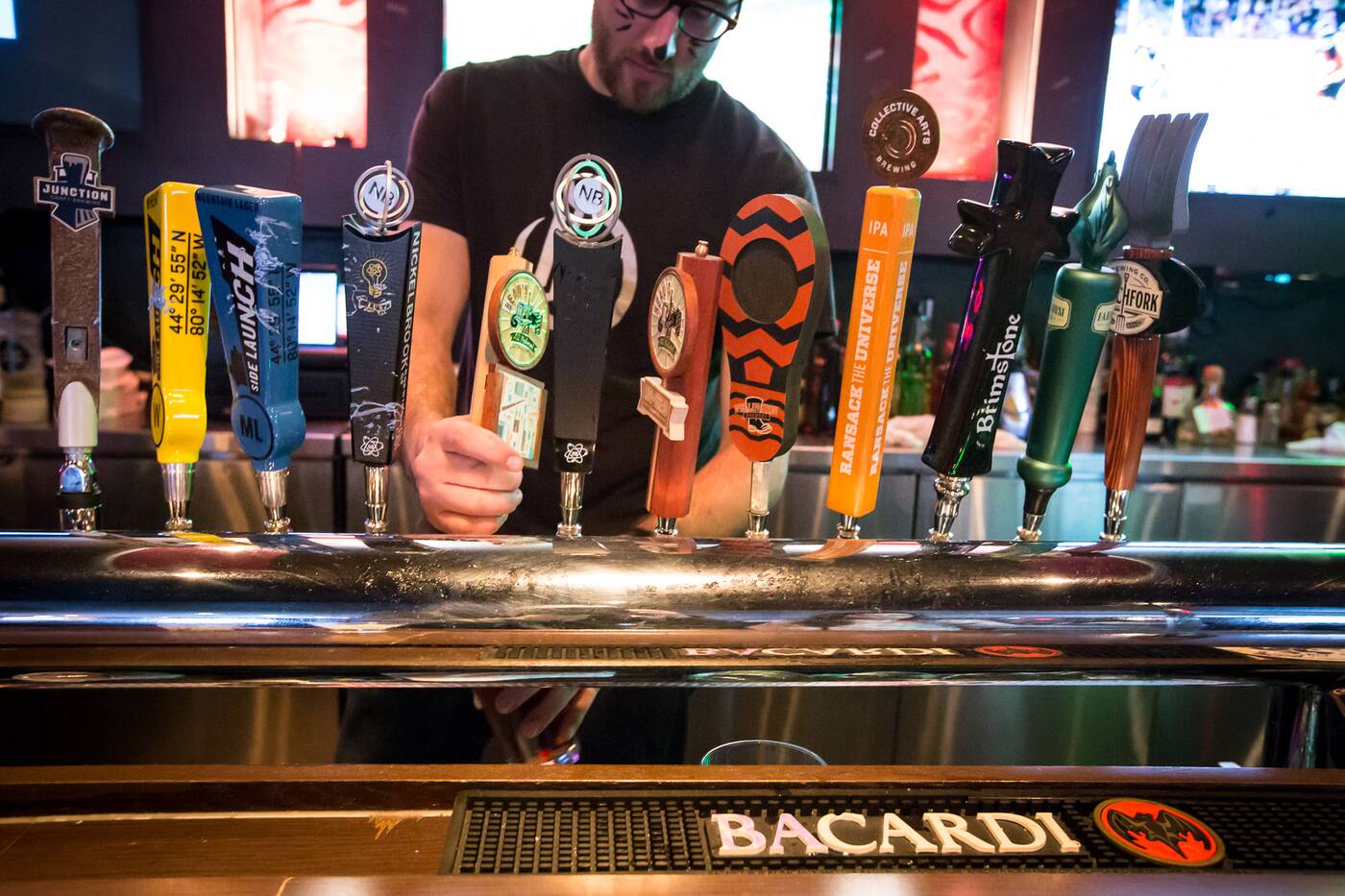 In addition to the cocktails, Raiders also serves a variety of Ontario craft beers like Junction Craft Brewery's Stationmaster Stout and Collective Arts' Ransack the Universe IPA . Alongside the booze and brews, Raiders offers pub food ranging from appetizers to burgers to desserts.

As the night got later, more people came in to play video games and hang out. There were a group of guys who watched a stream of fighting games and discussed their hopes and dreams ("I wish I could dedicate this much time to Street Fighter, yo"). 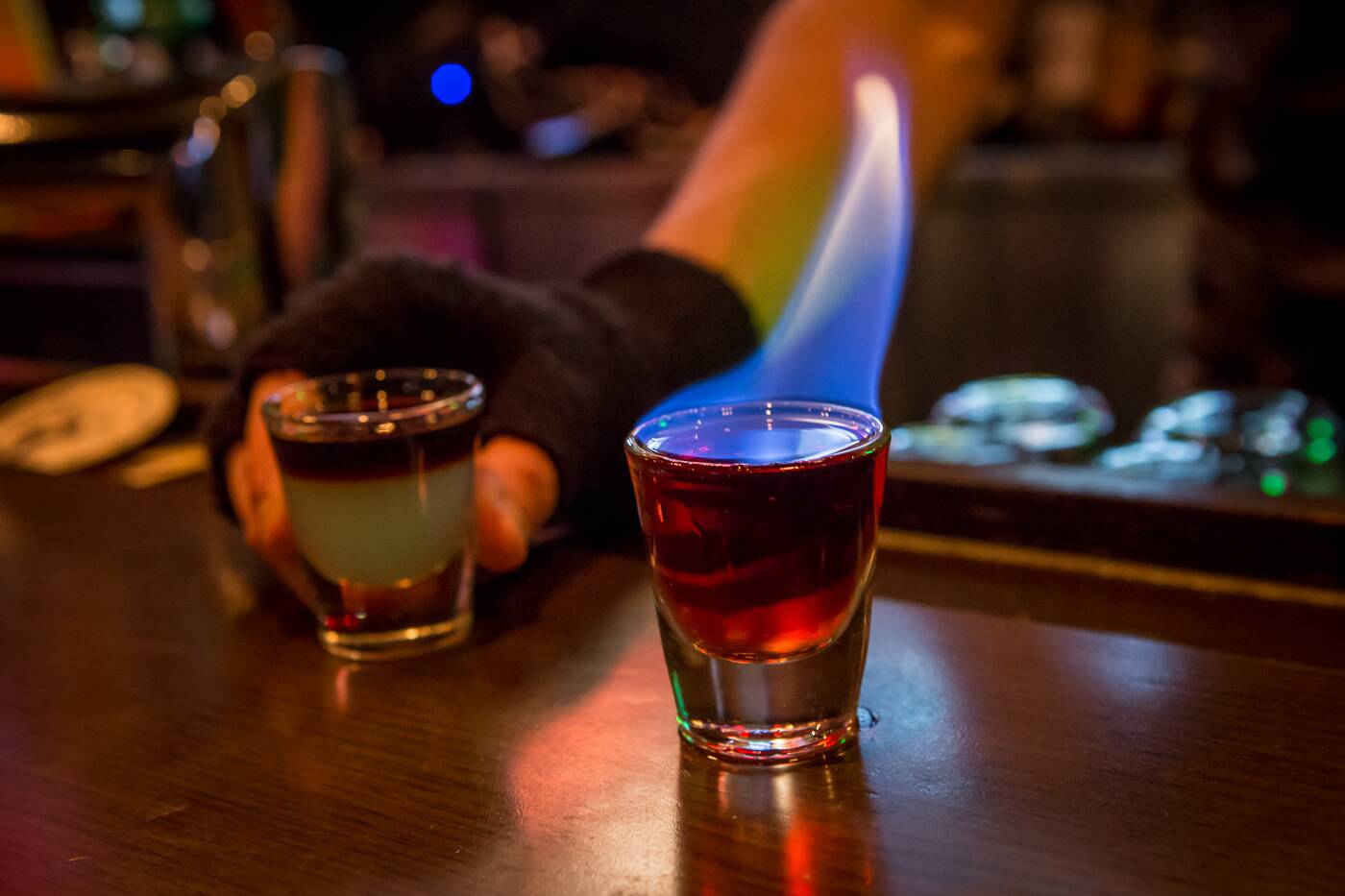 Raiders is a solid place whether you're hanging out or gaming. The prices are on par or less expensive than other esports bars, and the free retro games are perfect for those who want to game for even cheaper. 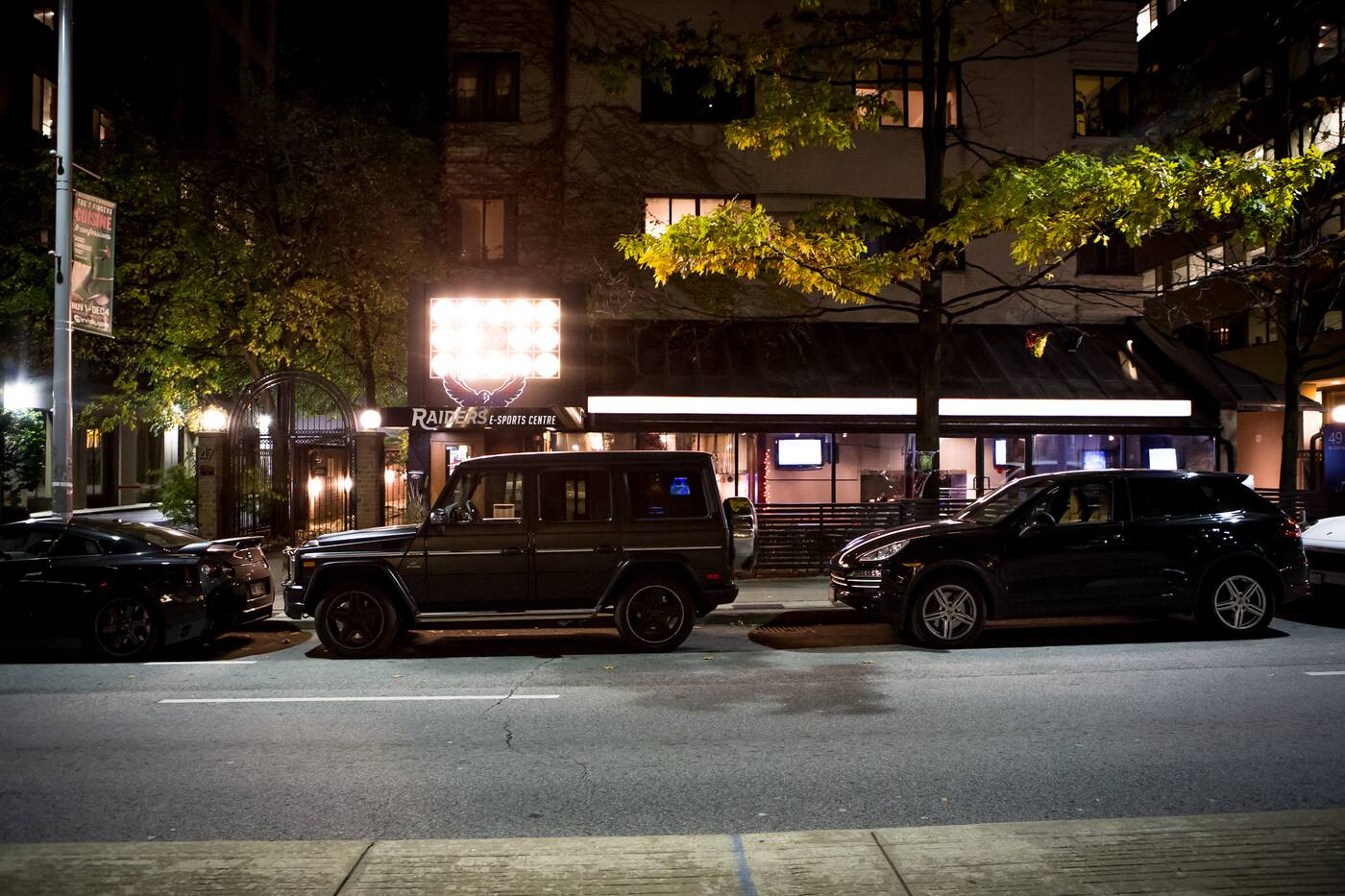