Poetry Jazz Cafe in Toronto has been a staple live music spot over the last decade, here you can grab a drink and watch up and coming jazz bands from all across the world perform. 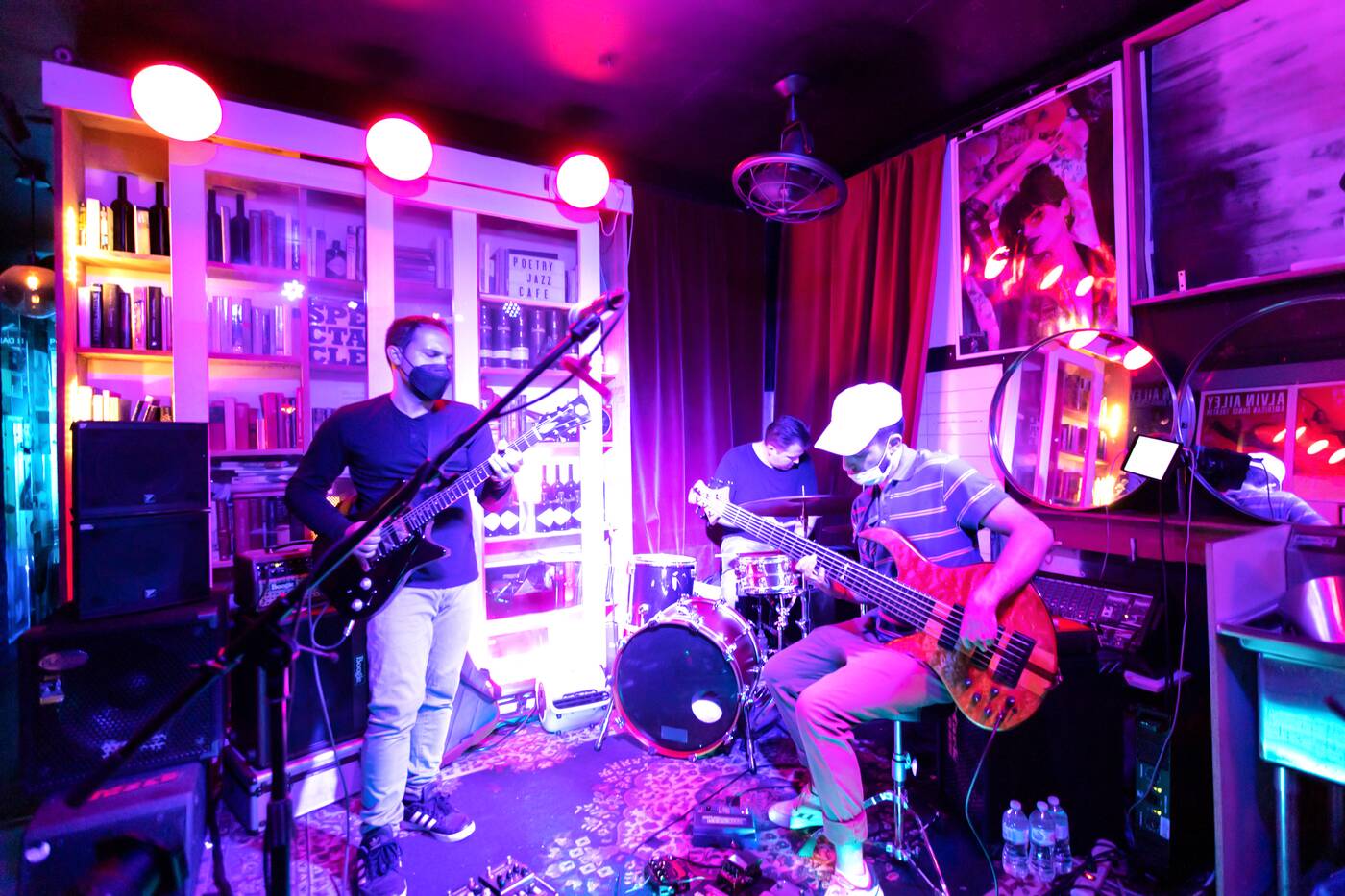 Don't expect to hear the type of jazz that plays in country clubs, this bar hosts a variation of different styles of the genre, including hip-hop, Afro-Cuban, and funk. 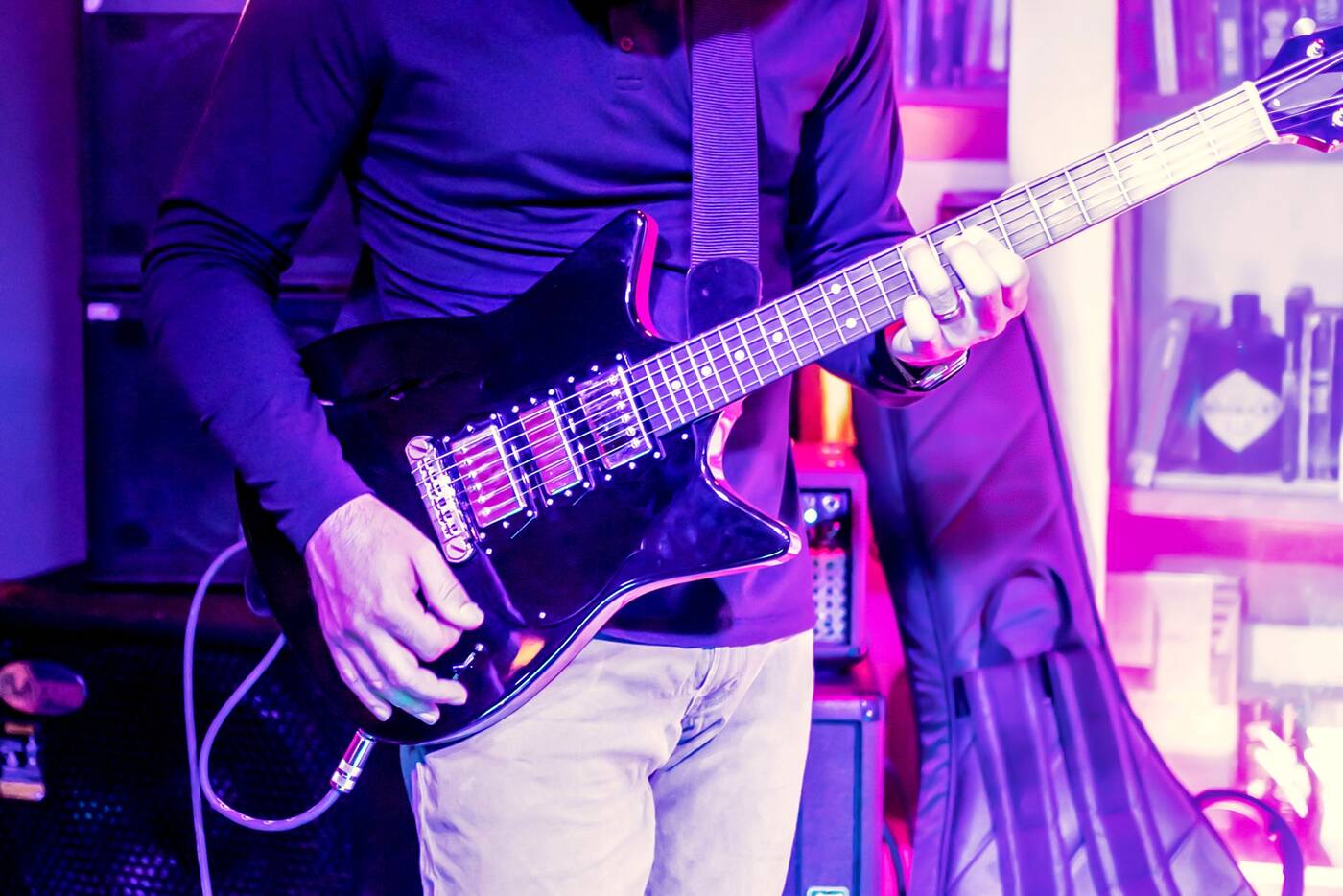 Poetry is a place where one is present with the music, there isn't much time (or space) to hold conversation with people, unless it's in between sets. 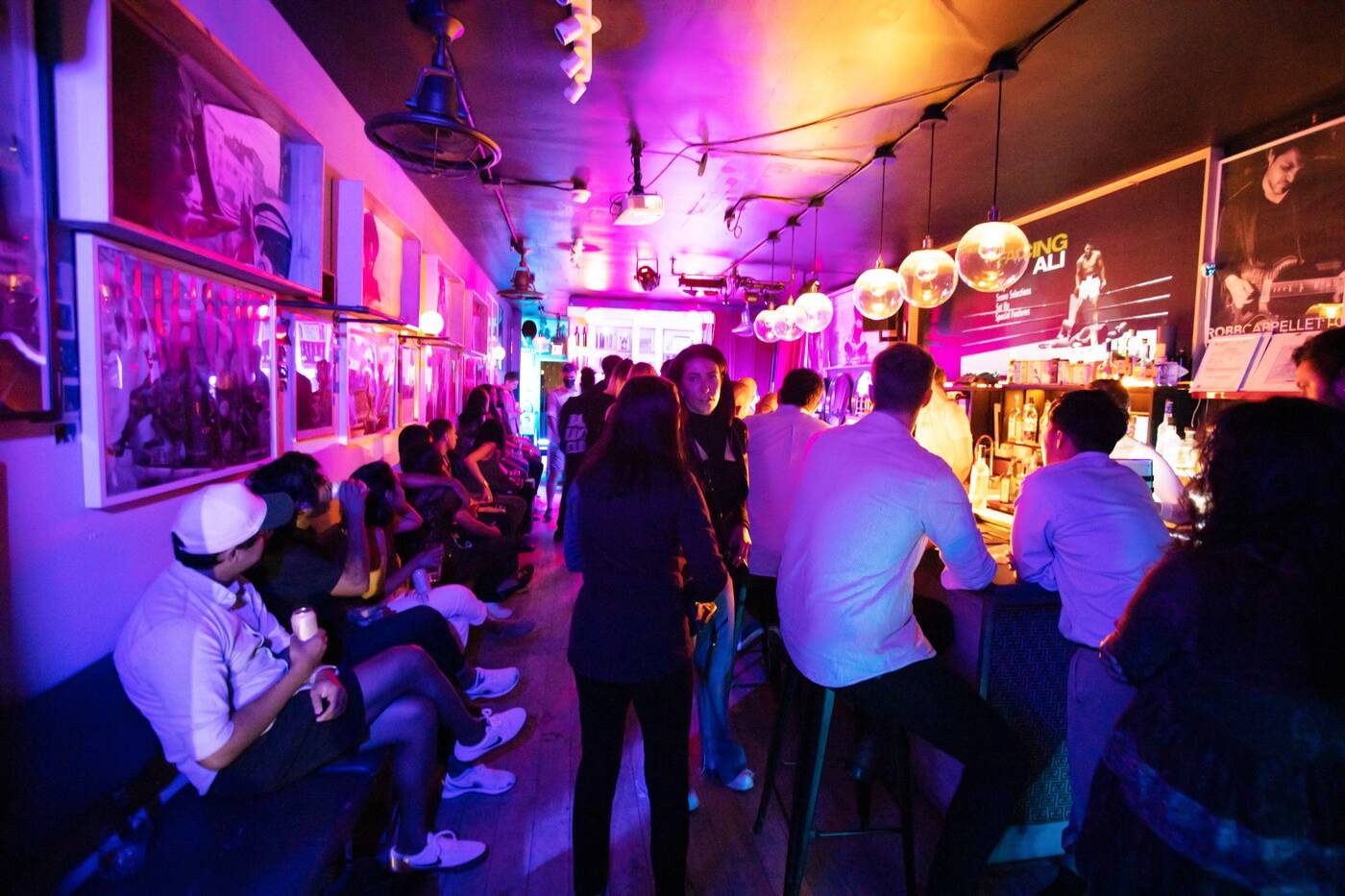 I could see Poetry being a good spot for a second or third date, or even with a couple of your live-music loving friends. There's a padded bench that lines the left side of the room and a few bar seats, but unless you arrive early, be prepared to stand and watch the music.

Other jazz bars in the city, like The Rex have a prominent stage area where people at the bar have the option to sit and listen or continue conversations in the back, while in the same room. 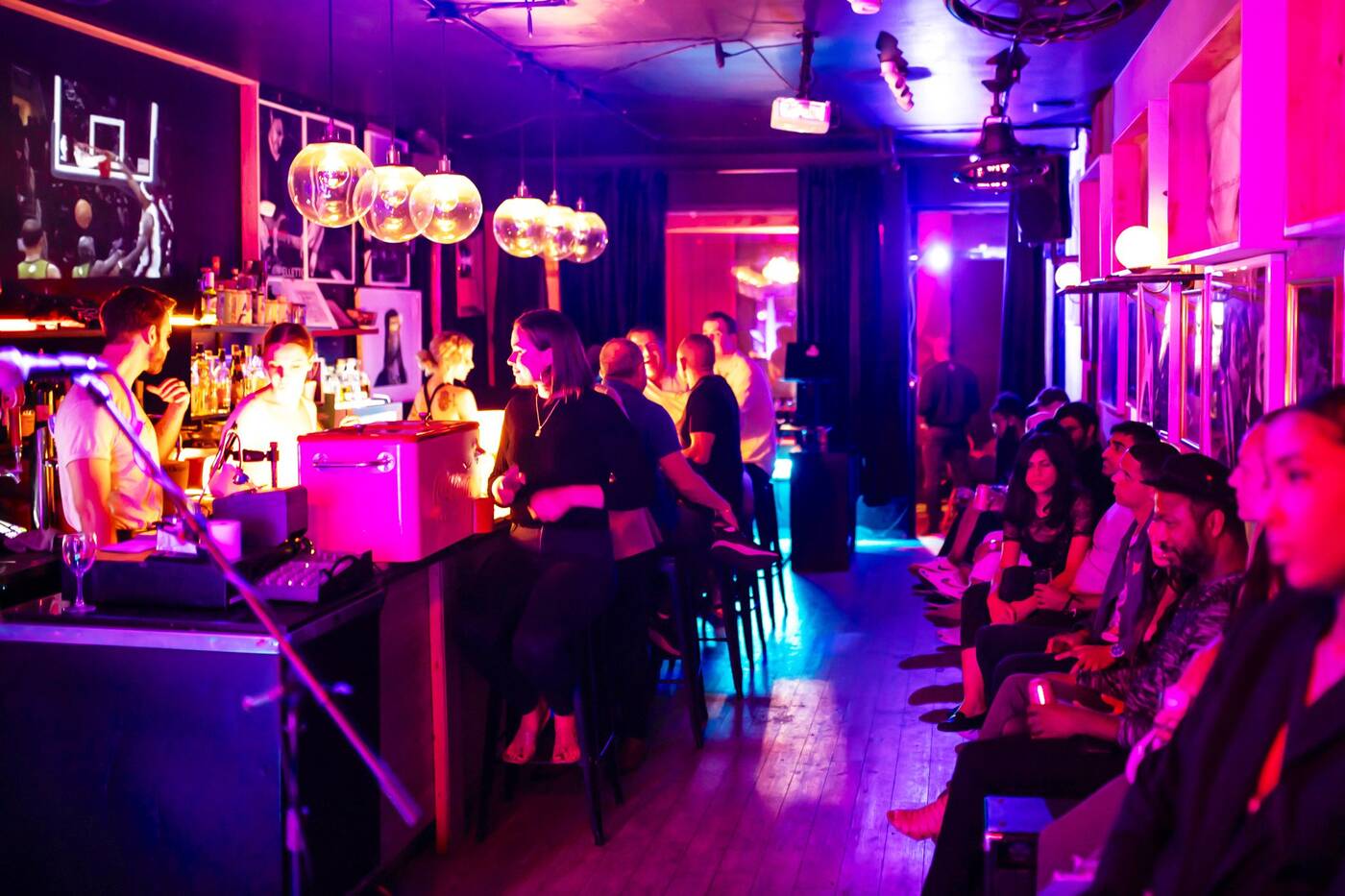 But, at Poetry, the audience begins where the stage ends, it's one cohesive, captivating experience of music listening. 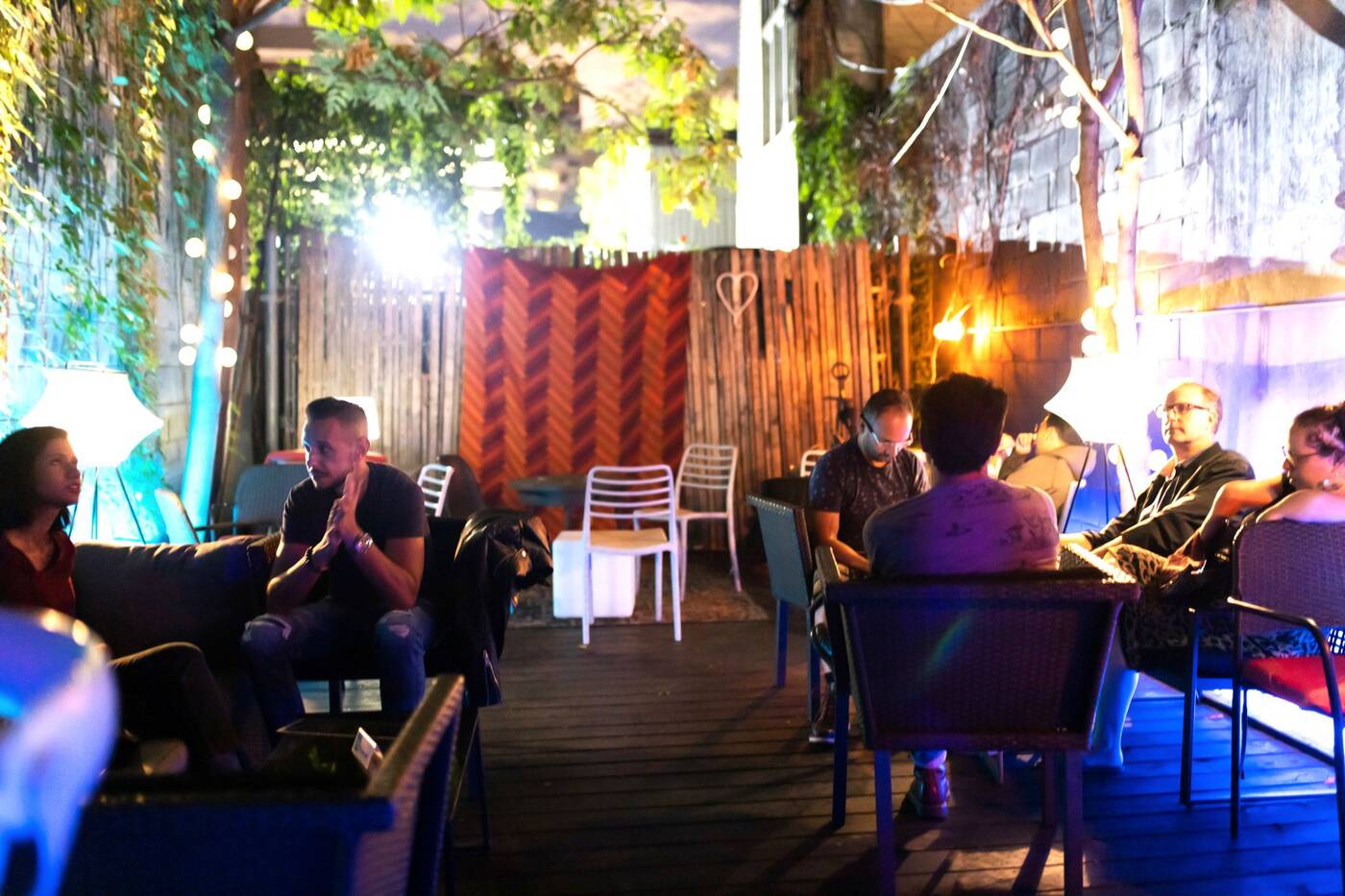 Sure, you could always have a seat in their back patio, or front lounge and listen from a distance. But, I promise you'll be missing out, sitting inside is where you'll get the full experience. 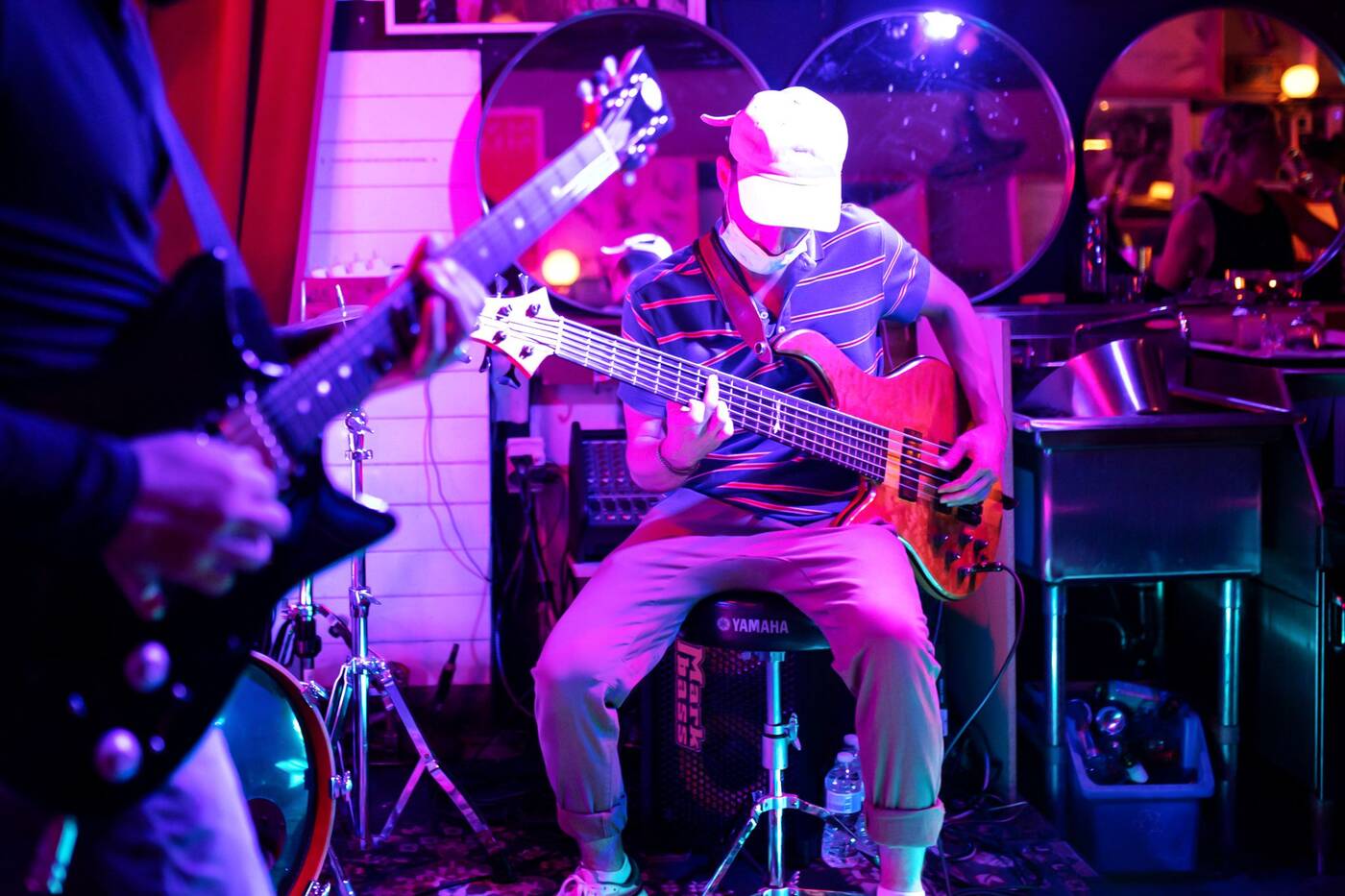 The placement of the band's tiny stage forces you to be intimate with the music that's playing in front of you. You really see and hear the music as it happens, capturing every note, down to the pressure of a band member's finger on a bass string. 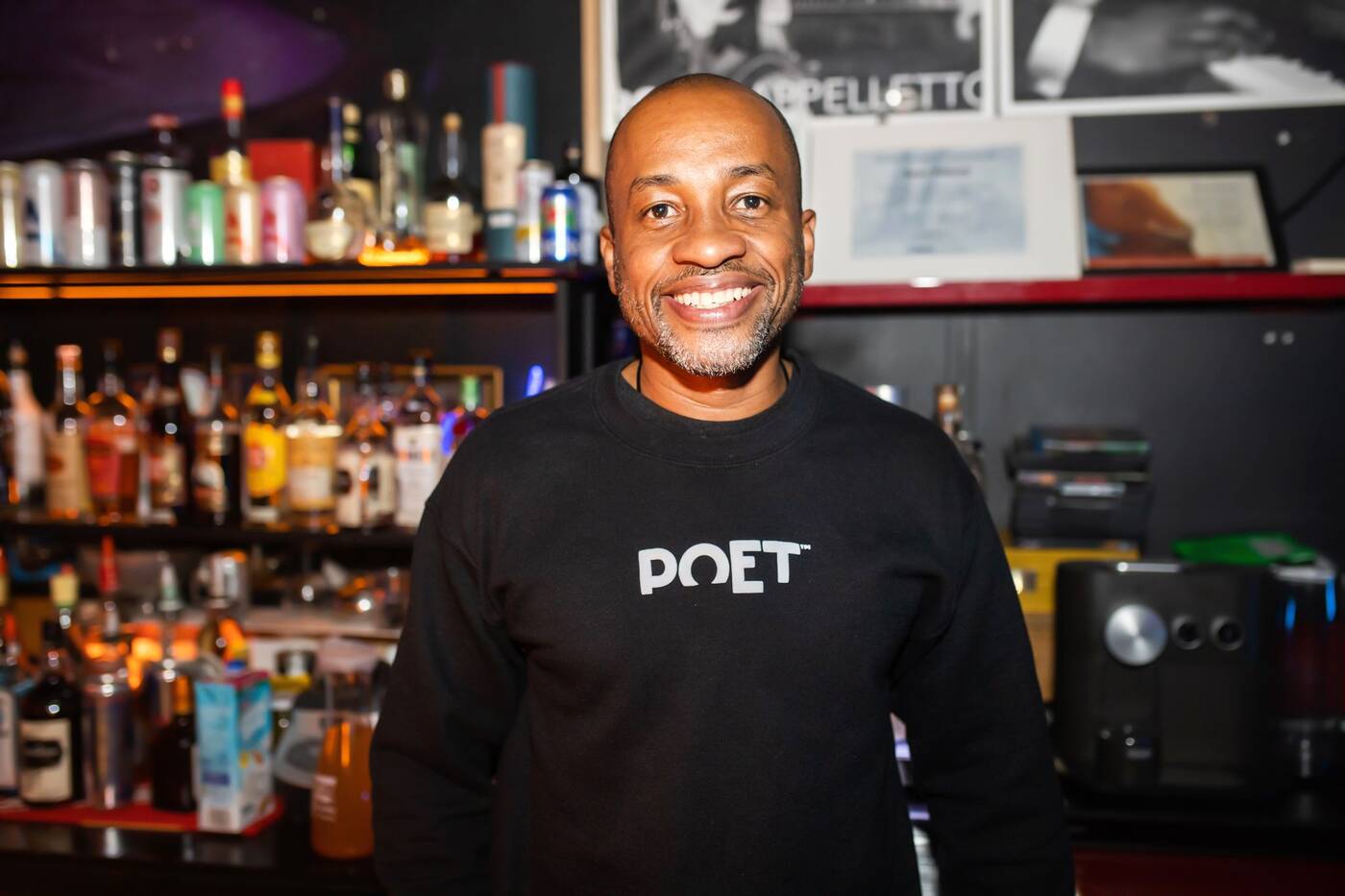 When Poetry opened in 2011, owner Sean Pascalle says he wanted to bring jazz back to its roots, to create a space where the music could live on through Black culture.

"The history of jazz is not at the country club, I wanted people to know where jazz came from and it's Black history, it goes back to the songs of slaves," Pascalle said. 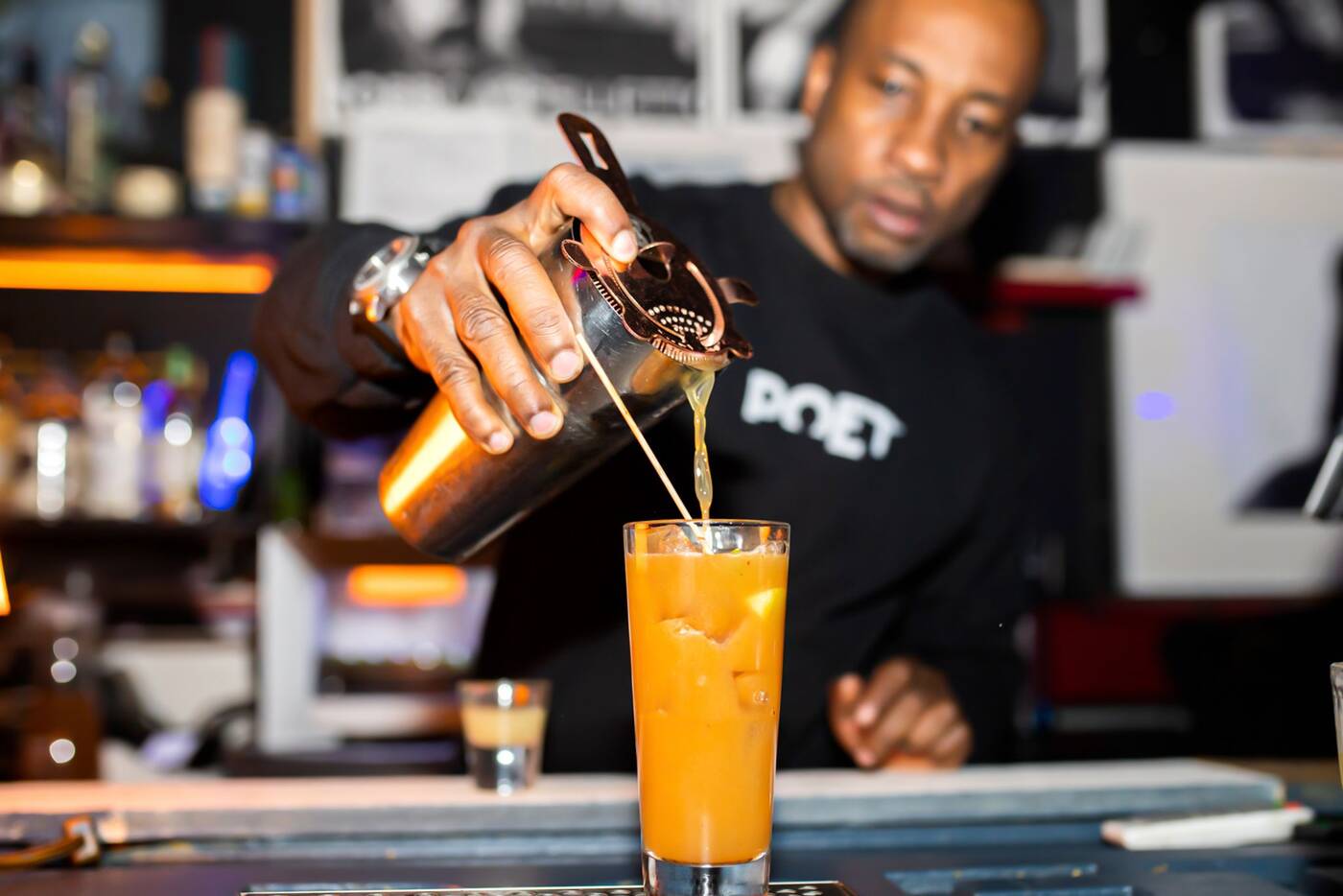 He talks about how through history Black people weren't allowed to own anything of their own, saying "Our music is something we've always had, nobody could take that rhythm away from us."

As a longtime jazz lover himself, Pascalle is big on supporting the over 700 bands who've performed at his bar in the last 10 years. Hosting jazz musicians from India, South Africa, South America, and the United States. 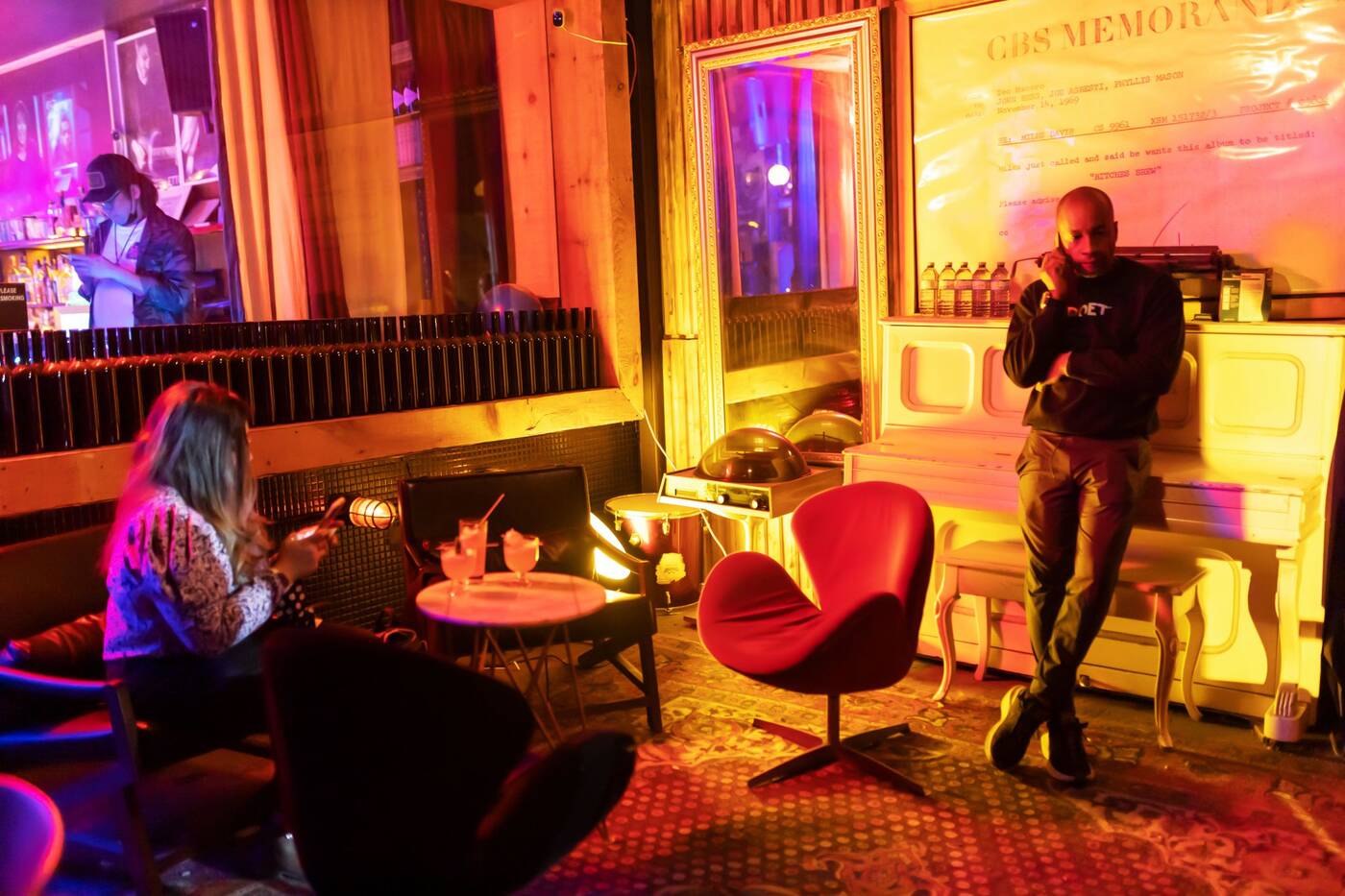 Pascalle says he opened Poetry in Kensington Market because he liked how dysfunctional the area is. "This area is uneasy and has a sense of grit and dirt to it, similar to jazz, it's unstructured" he said.

You come here for the music and the vibe, not so much for the drinks, as most of what's found on the menu could be ordered at any other cocktail bar in the city. 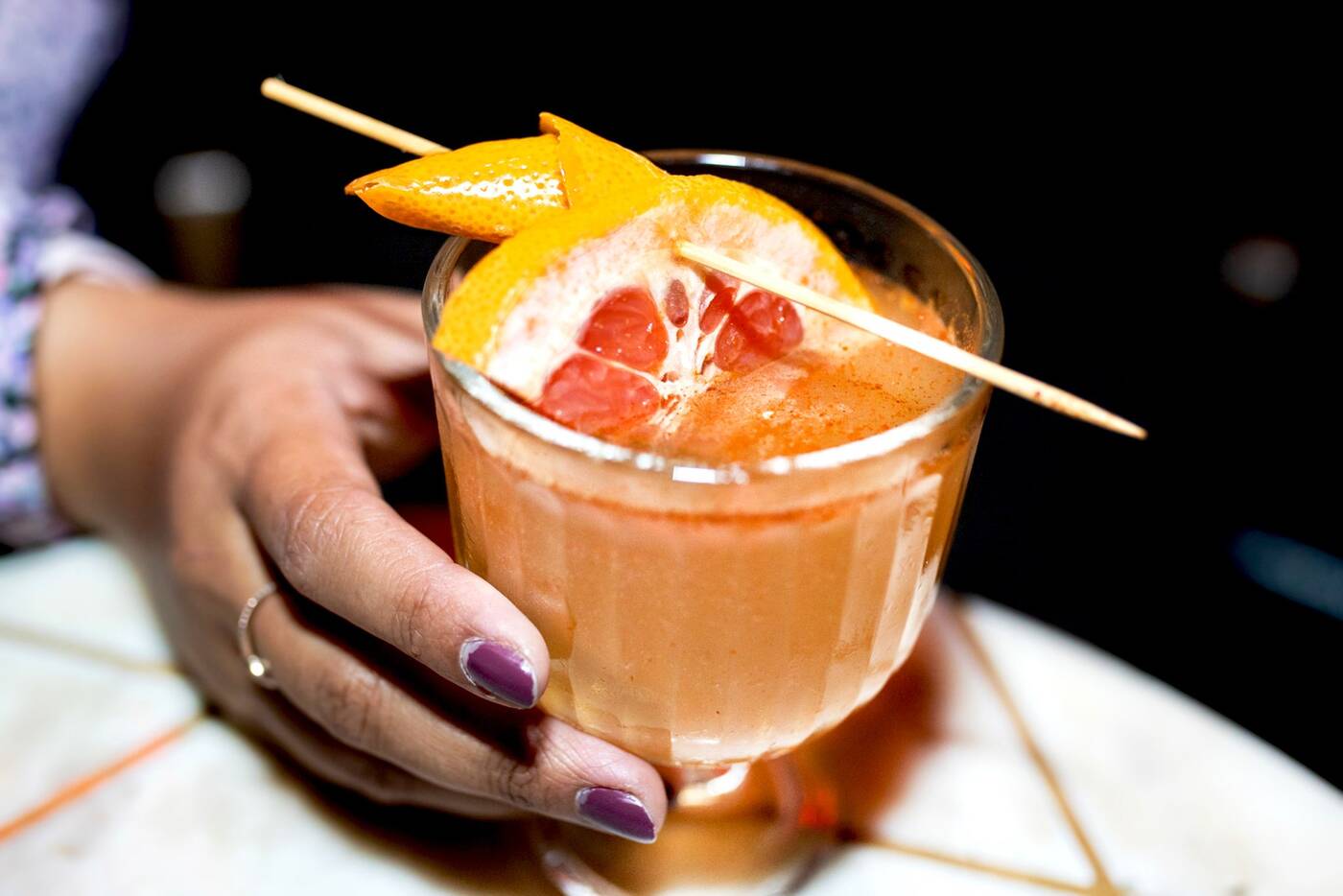 The Bitches Brew ($14.95) is named after an album by jazz musician Miles Davis.

Two ounces of El Dorado 5 Year Old rum is mixed with Tromba tequila, then grapefruit nectar, and lime juice for flavour. It's garnished with a slice of grapefruit and a heavy-hand of hot chilli pepper spice. 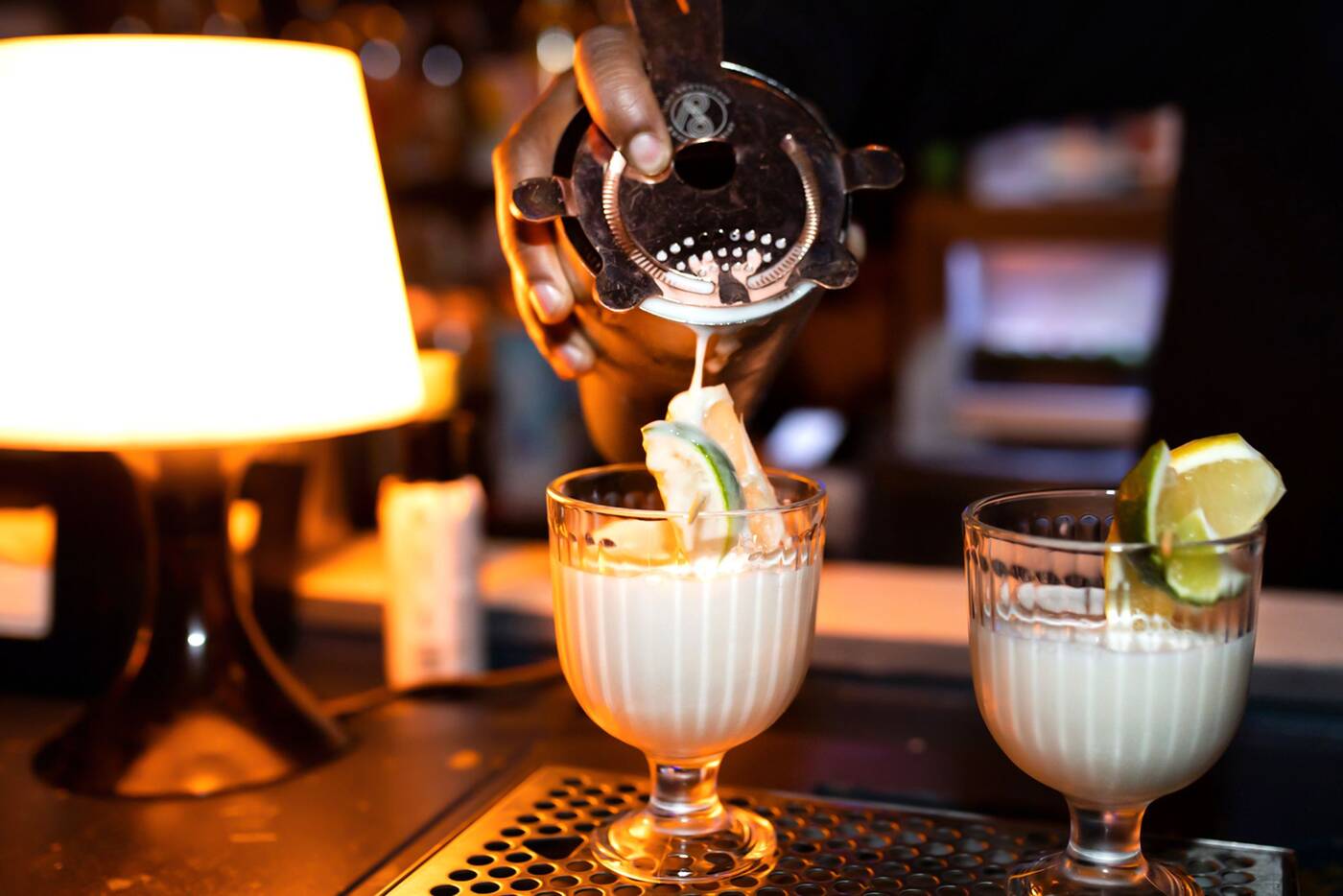 The Spanish Fly ($11.95), otherwise known as a mojito with attitude, combines two ounces of both El Dorado 5 Year Old and Appleton Estate Rum.

Egg whites give this drink its creamy colour, it's then shaken with a McGuiness Creme de Menthe Green liqueur, brown sugar and lime juice. 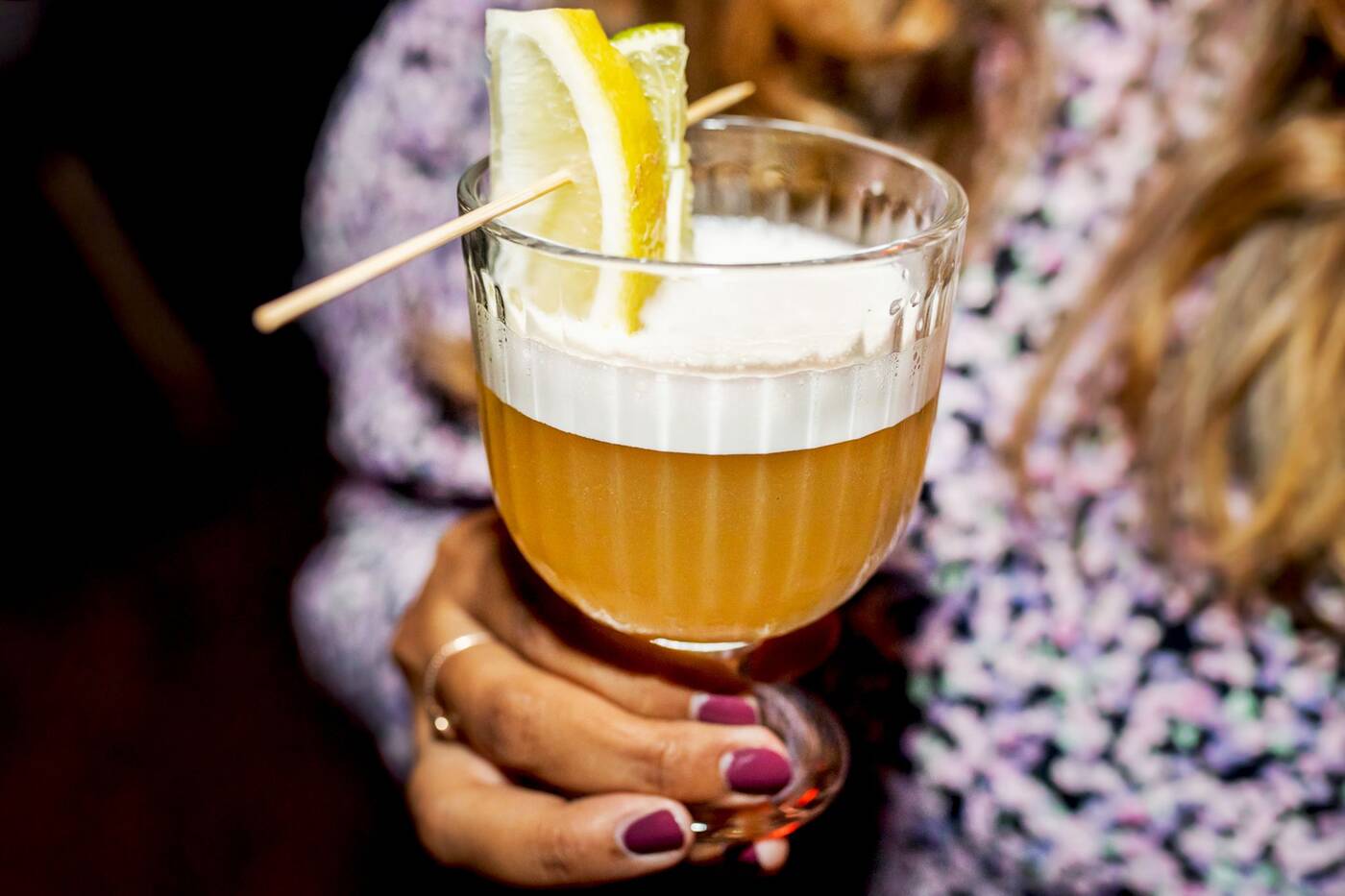 The Poetry Dark and Stormy ($11.95) is the opposite colour of its namesake. Two ounces of Kraken spiced rum is mixed with lime juice, plus homemade ginger beer that Pascalle gets from a cook at Albert's Real Jamaican Foods. 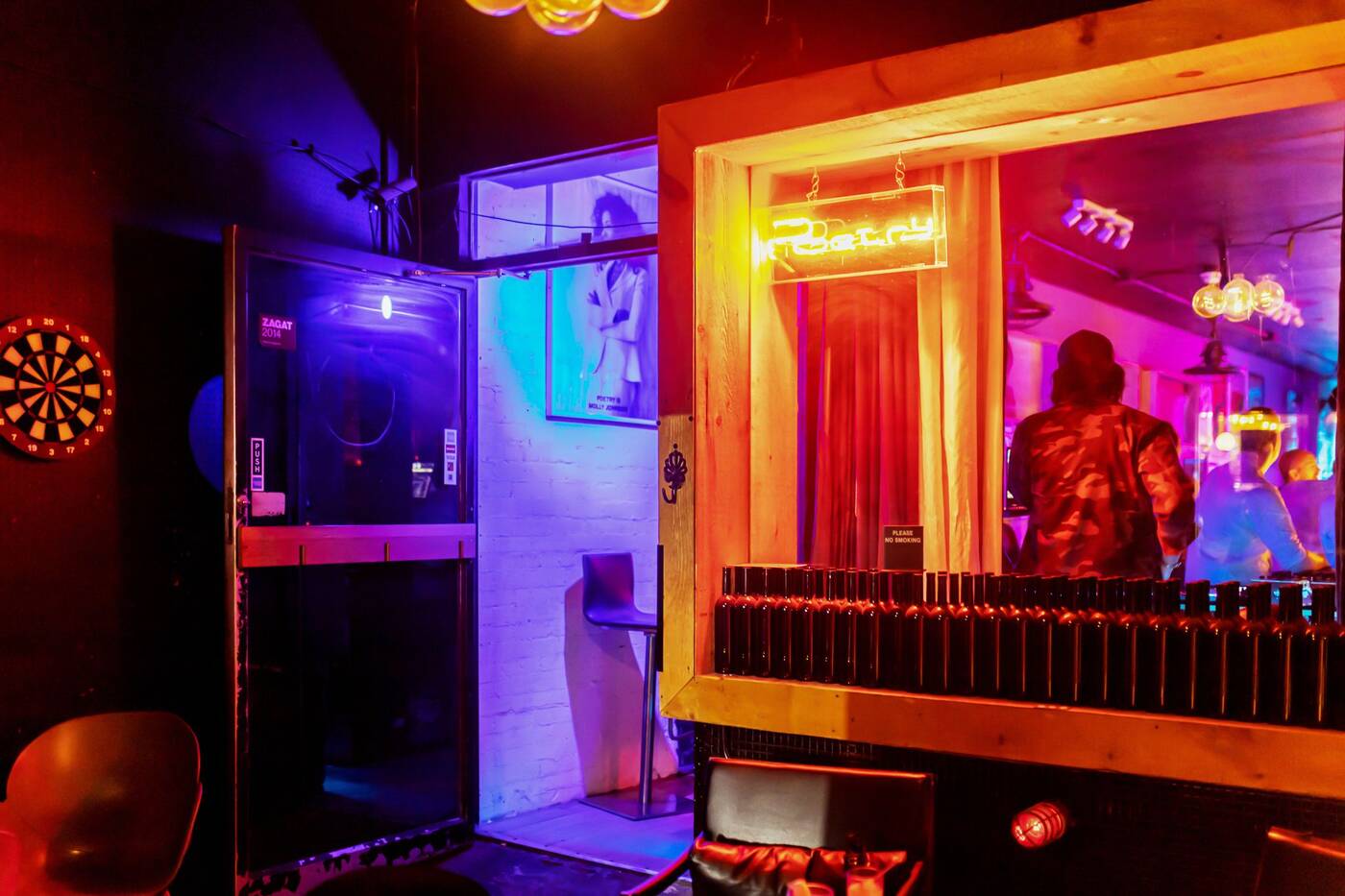 Nothing beats the vibe at Poetry, purple-hued lights from the stage and a warm orange glow from the bar, makes it feel like you're walking into a movie scene. 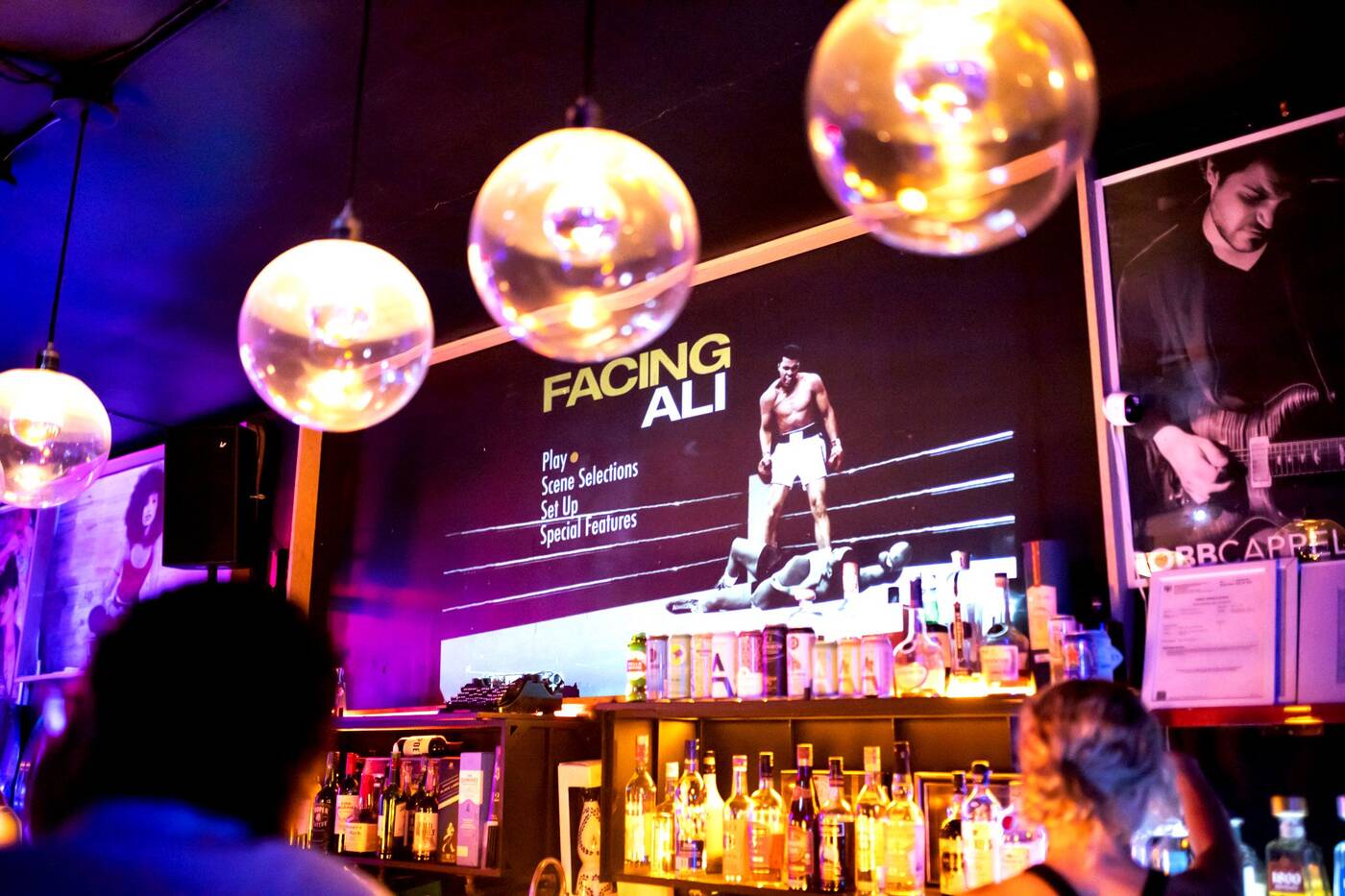 A projector screen playing classic movies sits on top of the bar area. Large framed pictures of famous musicians like Amy Winehouse and past performers, like Robb Cappelletto (a Toronto jazz guitarist) decorate all four walls of the room. 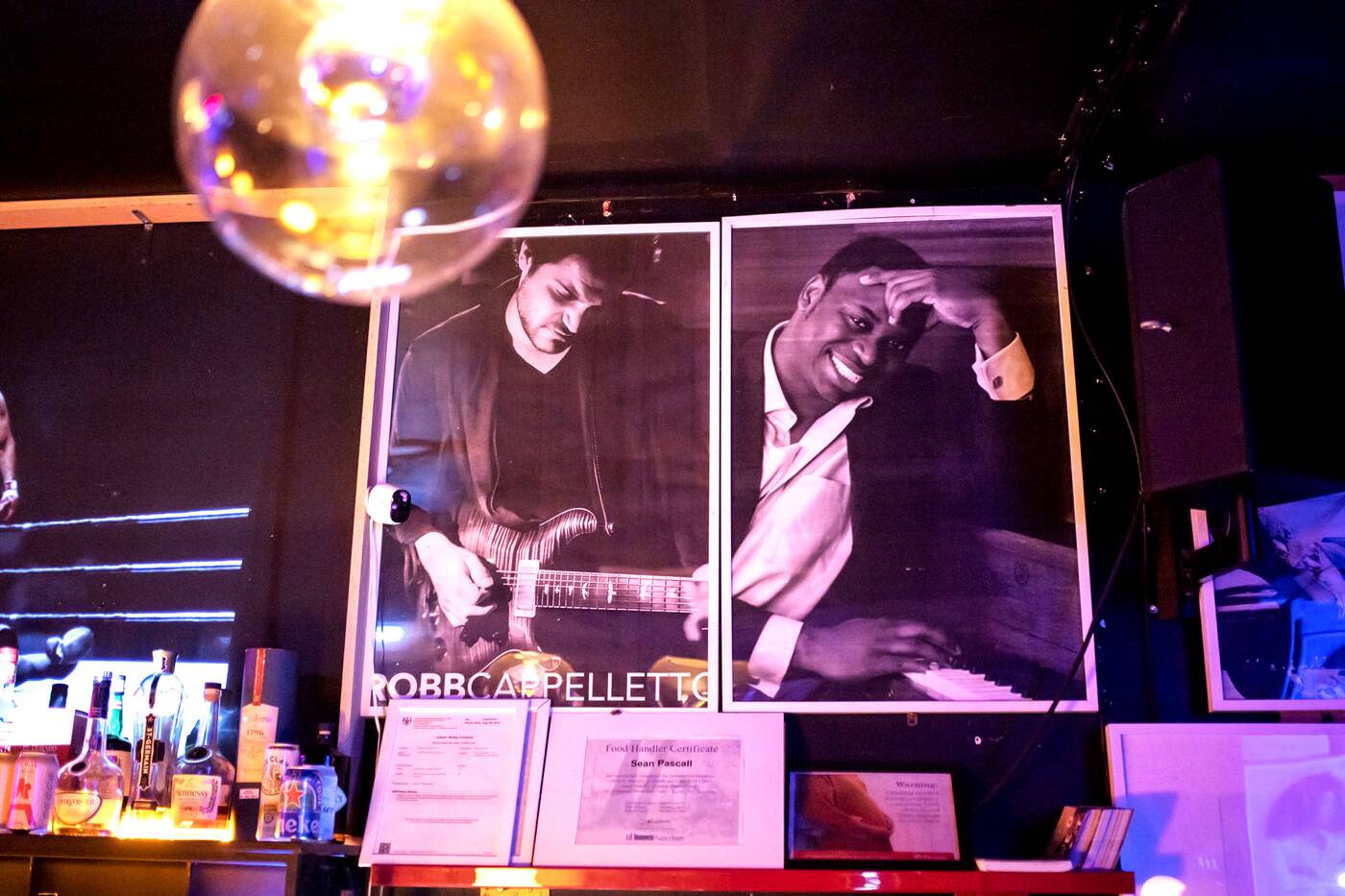 The black exterior of Poetry camouflages the front entrance, but it can't be missed due to the hum of music heard from outside and a large painted mural of a woman's face. 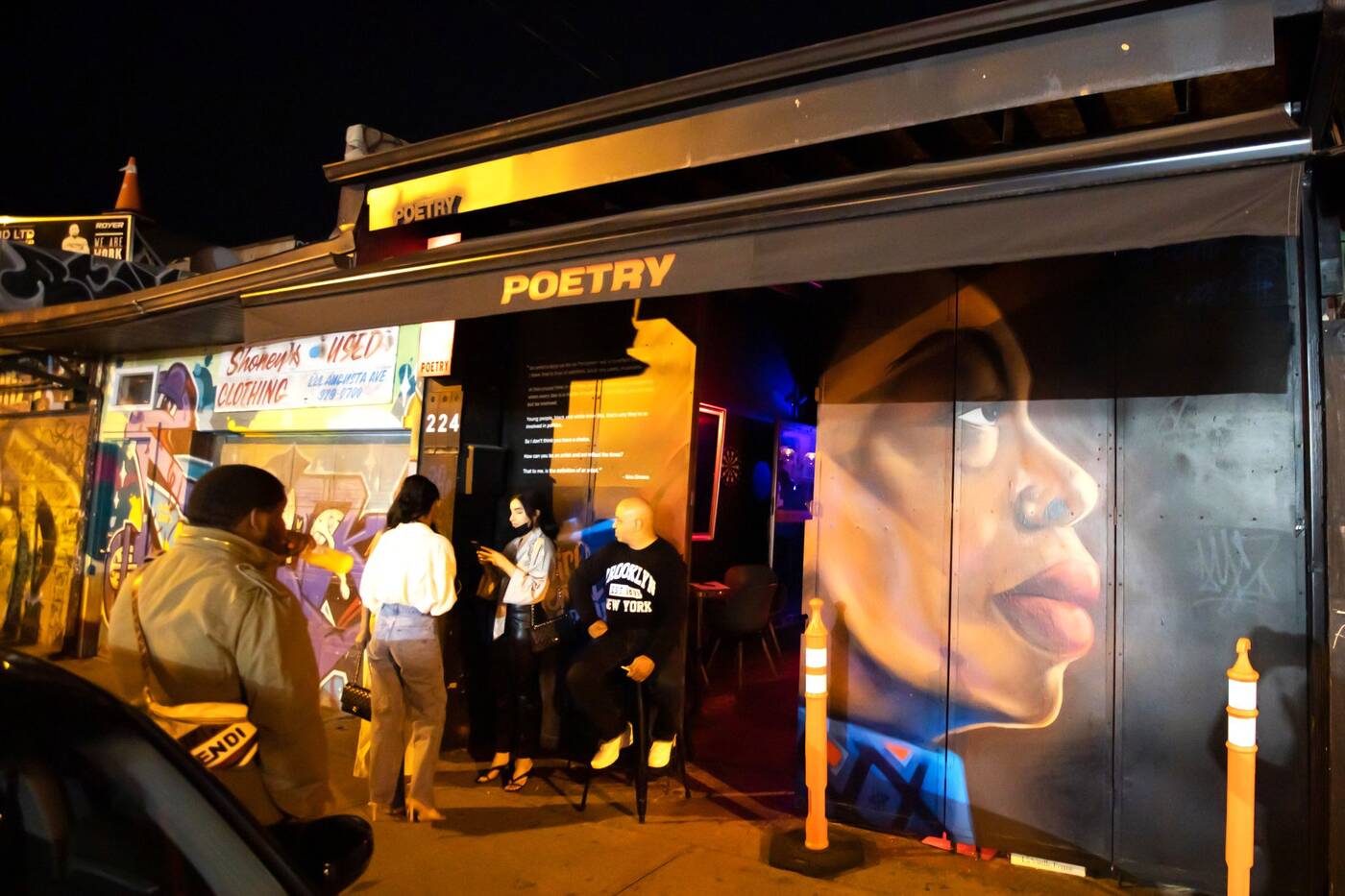