Lucky Shrike is the name spray painted over this Dundas West bar's previous Press Club sign outside. What started as a joke that went on for too long ended up sticking, and now this place is named after a cute endangered bird known to impale its prey on sharp objects.

From the amusing, jokey banter between co-owners Mai Cao and Steven Garbas, you get the sense that things are pretty relaxed and low key here. Cao first met Garbas when he was a regular at The Embassy in Kensington Market, where she was a bartender for years. 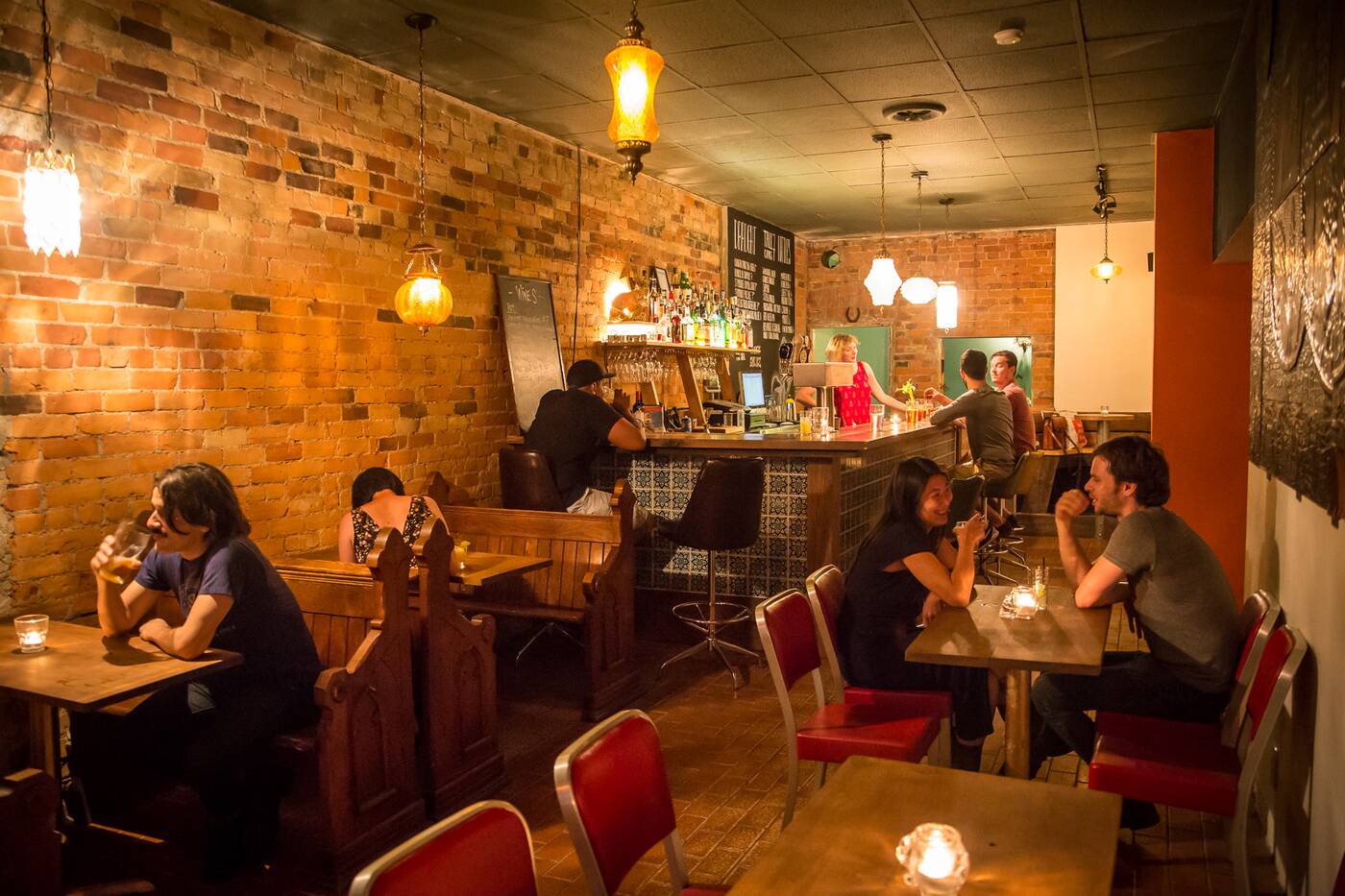 The place has a cool vibe, outfitted with exposed brick walls, Mexican talavera tiles along the bar counter, tables from Smash in the Junction and hand-carved church pews that date back to the 1880s made of red oak. 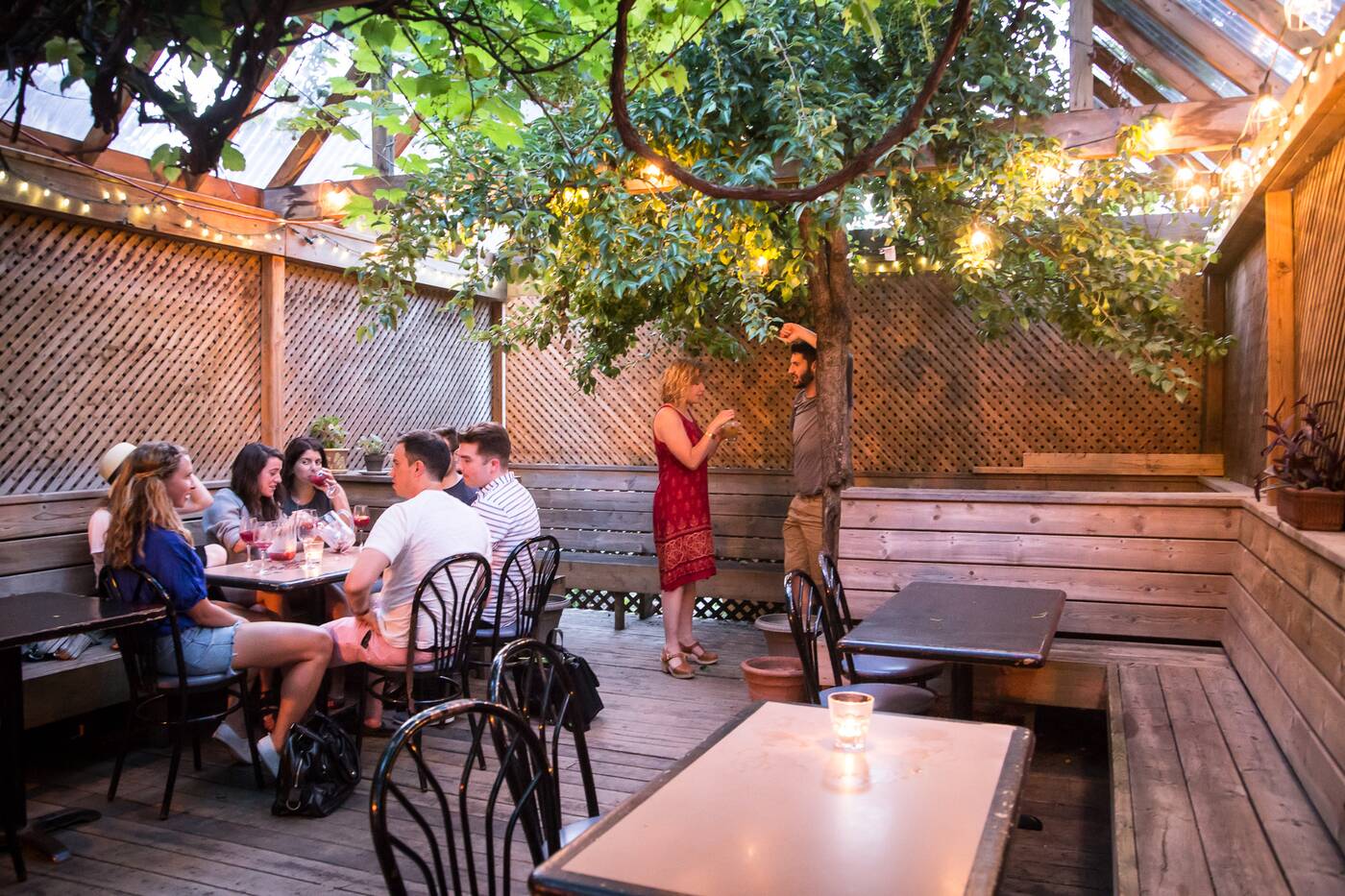 A secluded back patio inherited from the Press Club includes foliage in the form of grapevines, and pretty hanging lights add to the dreamy atmosphere at night.

A small selection of red or white wines go for $7 a glass, as do tall cans, which include Woodhouse, Stiegl Radler, Sapporo, Red Racer, Innis and Gunn, Guinness and Brickworks Dry Cider.

Bottles of beer ($5-6) range from Moosehead and Heineken to offerings from Anchor Brewing (Steam and Liberty Ale) and Unibroue (Maudite and Fin du Monde). 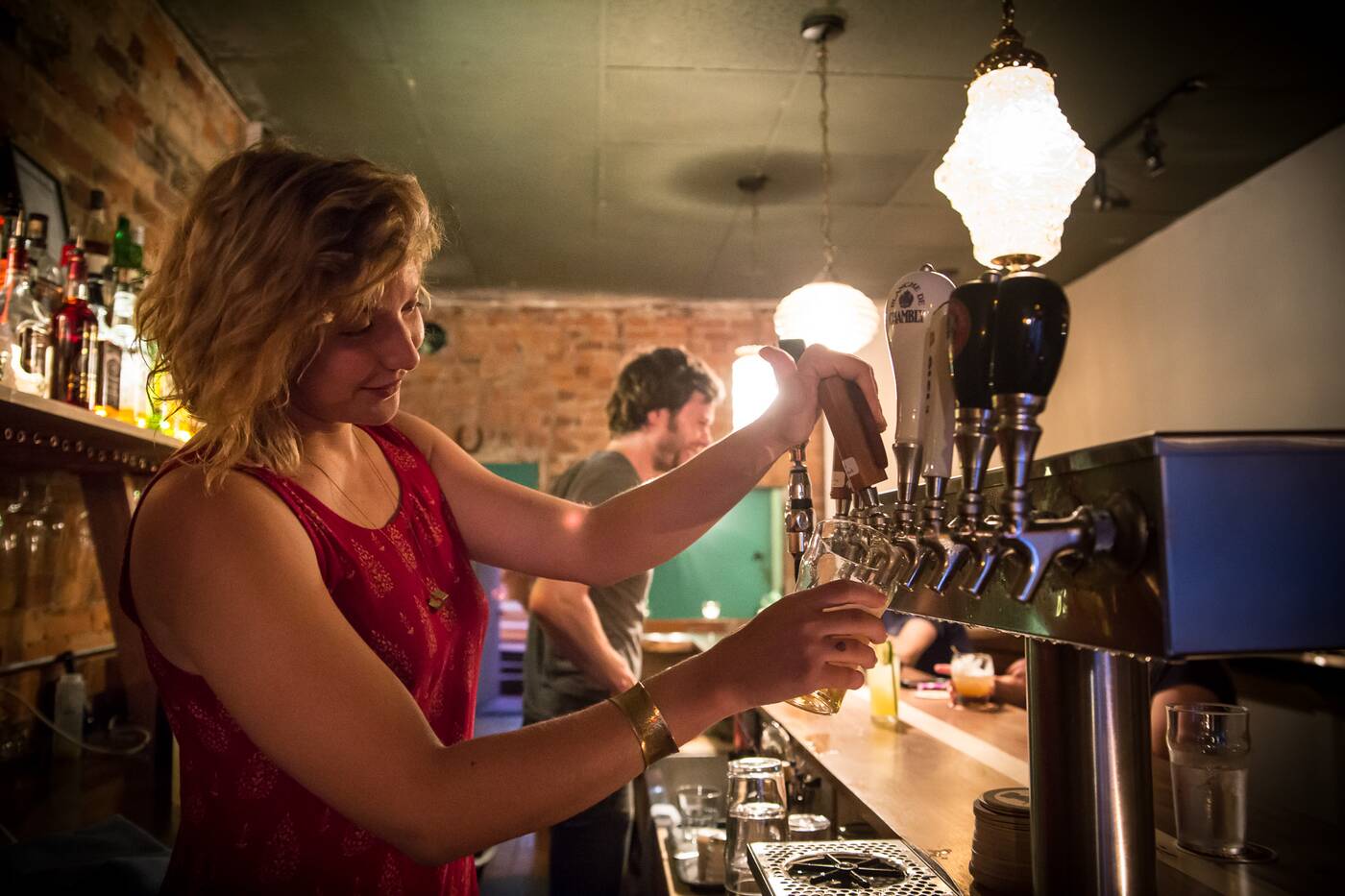 Happy hour goes from 4pm to 7pm, with $4 bottles and $6 pints. (They try to explain a zany happy hour idea that involves the use of Micro Machines to me, and I'll be impressed if they manage to make it work.) 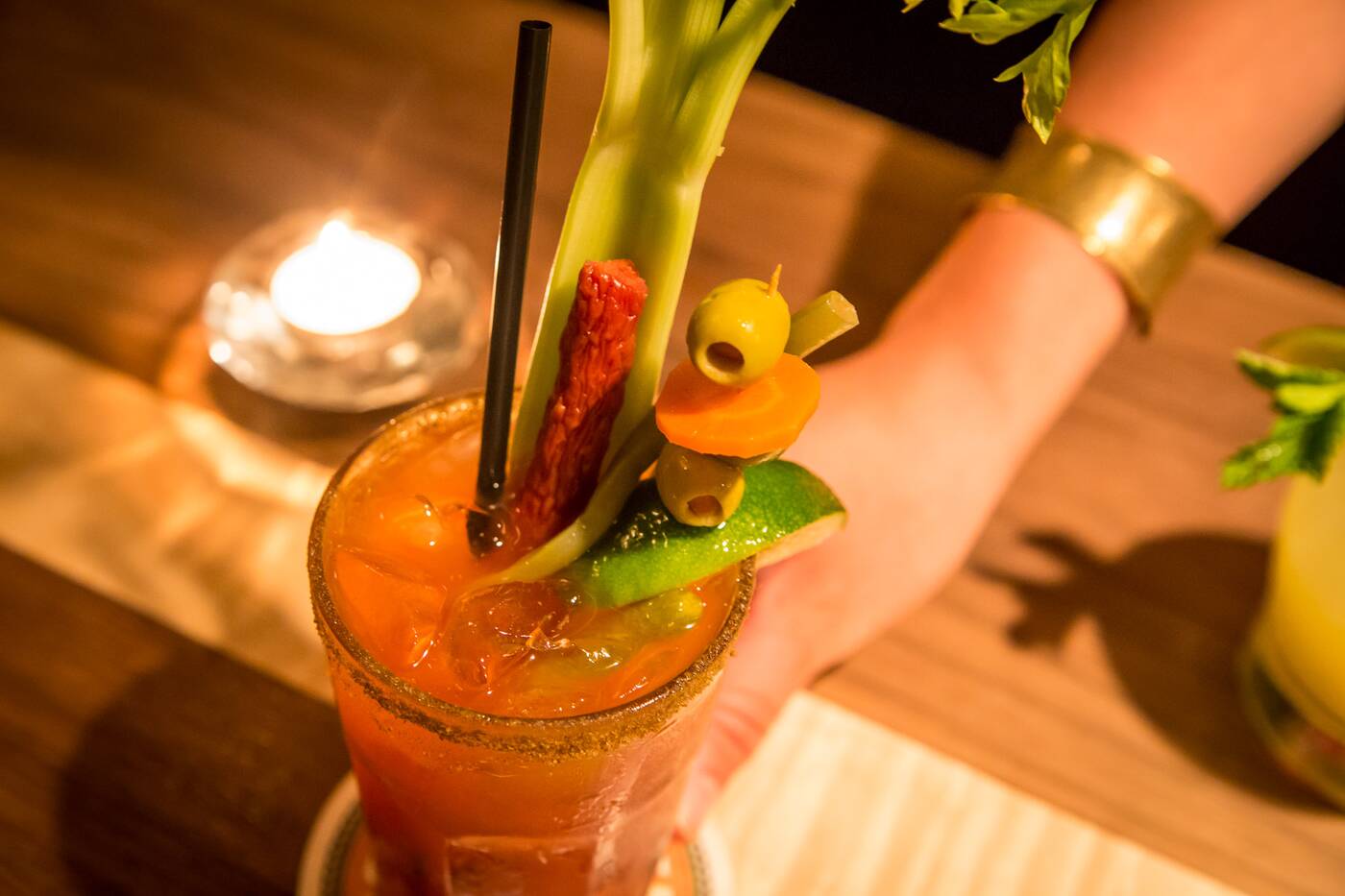 As for cocktails, mainstays include the Mai Tai ($10) - a no-brainer since it shares Cao's name - and a souped-up Caesar ($7) that's almost a meal, with pickled bean, celery rib, pepperoni stick and olives as garnish. 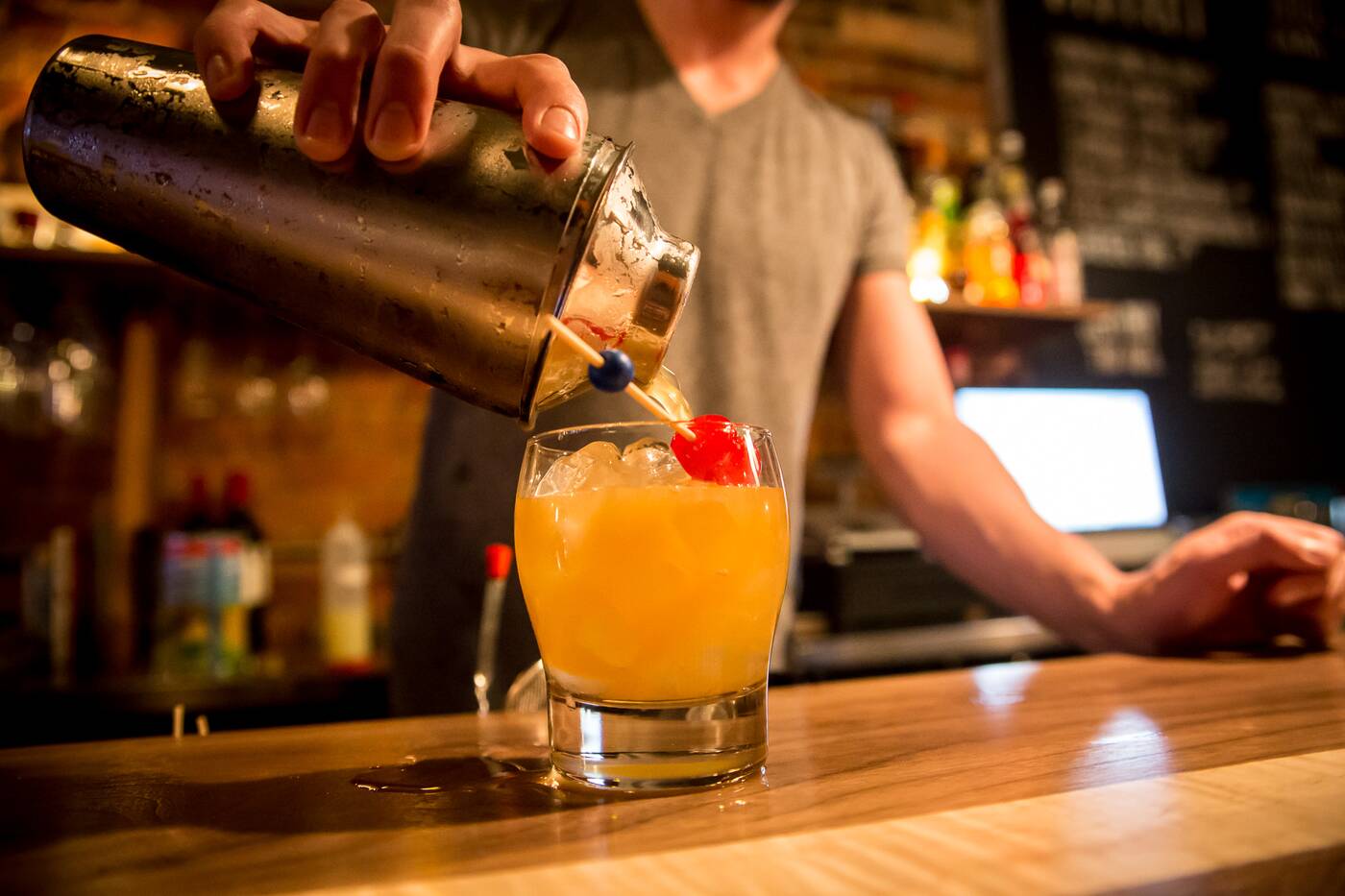 There are plans for monthly themed cocktails, like ones named after characters from Carlito's Way , one of Garbas's fave films. He claims the idea came from another joke that stopped being funny (...or never was?) but stuck around anyway (a pervading theme of this bar). 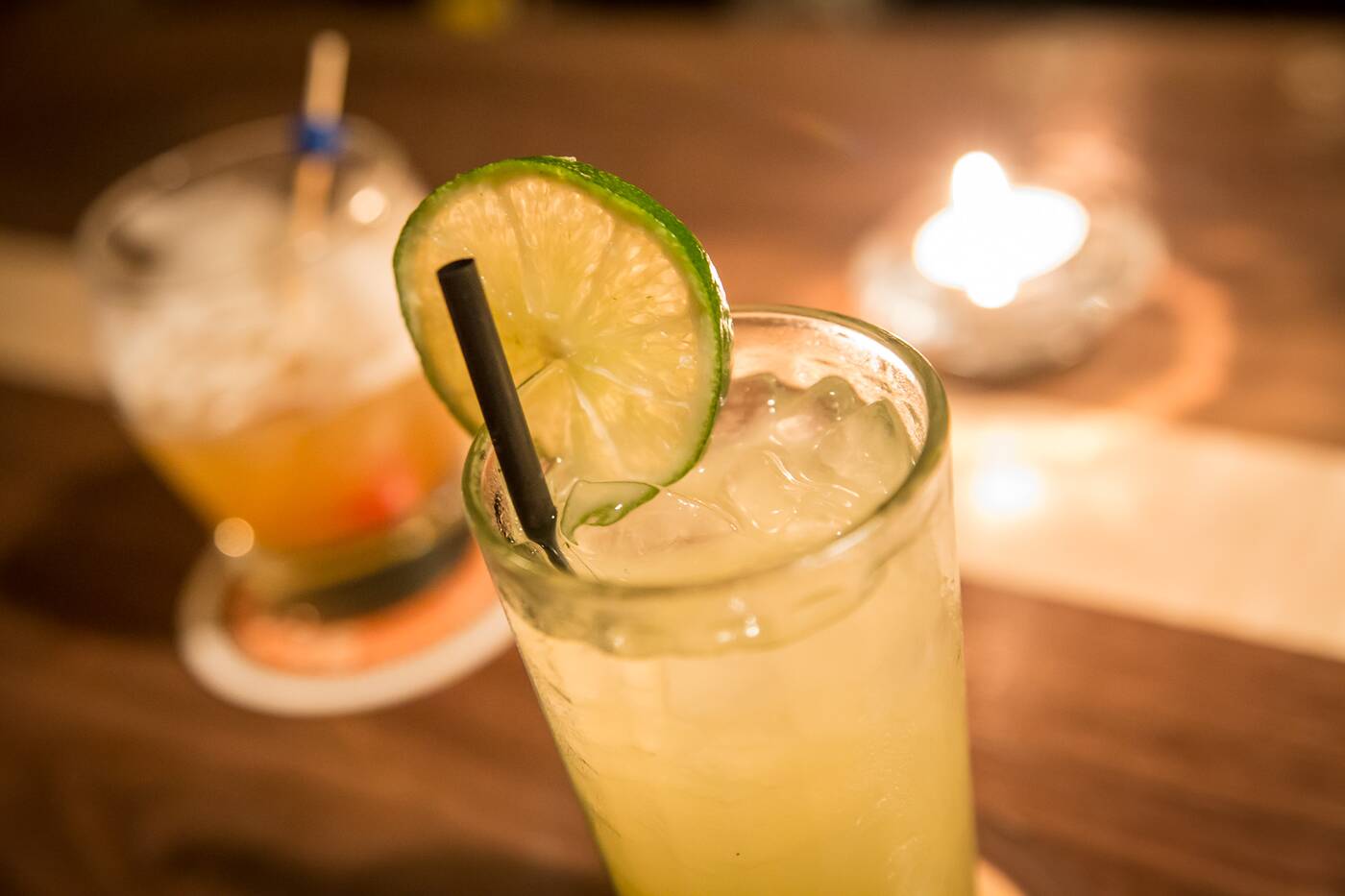 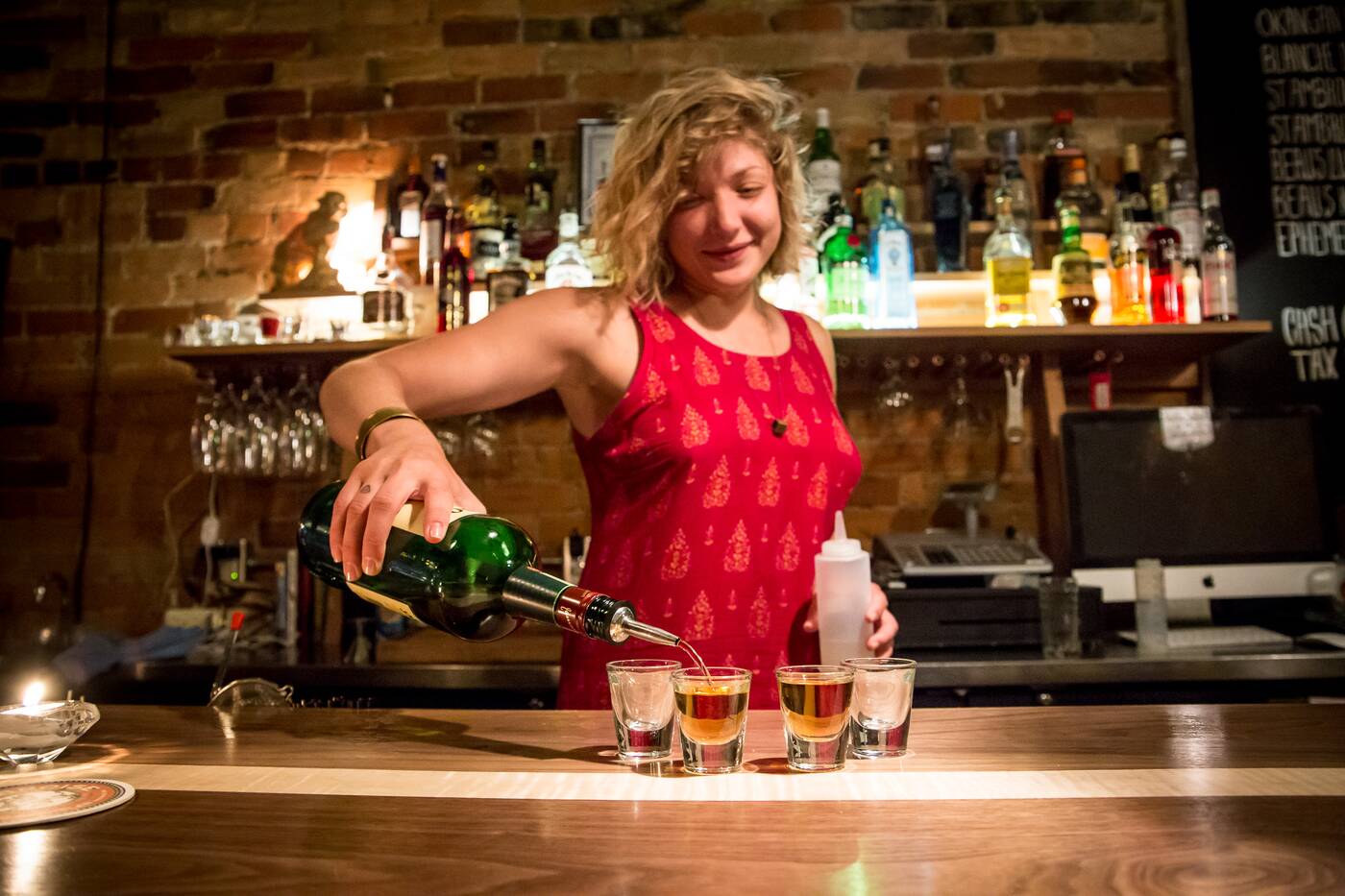 Garbas jokes about calling their bottle-of-beer-and-a-shot special ($10) the McNulty, which, as a fan of The Wire , is an idea I definitely think they should stick with.

Other dangerous alcoholic combos involve a shot of Tromba with a special house-made chaser ($7 - name TBD, my suggestion: El Mariachi) and the pickleback ($6). 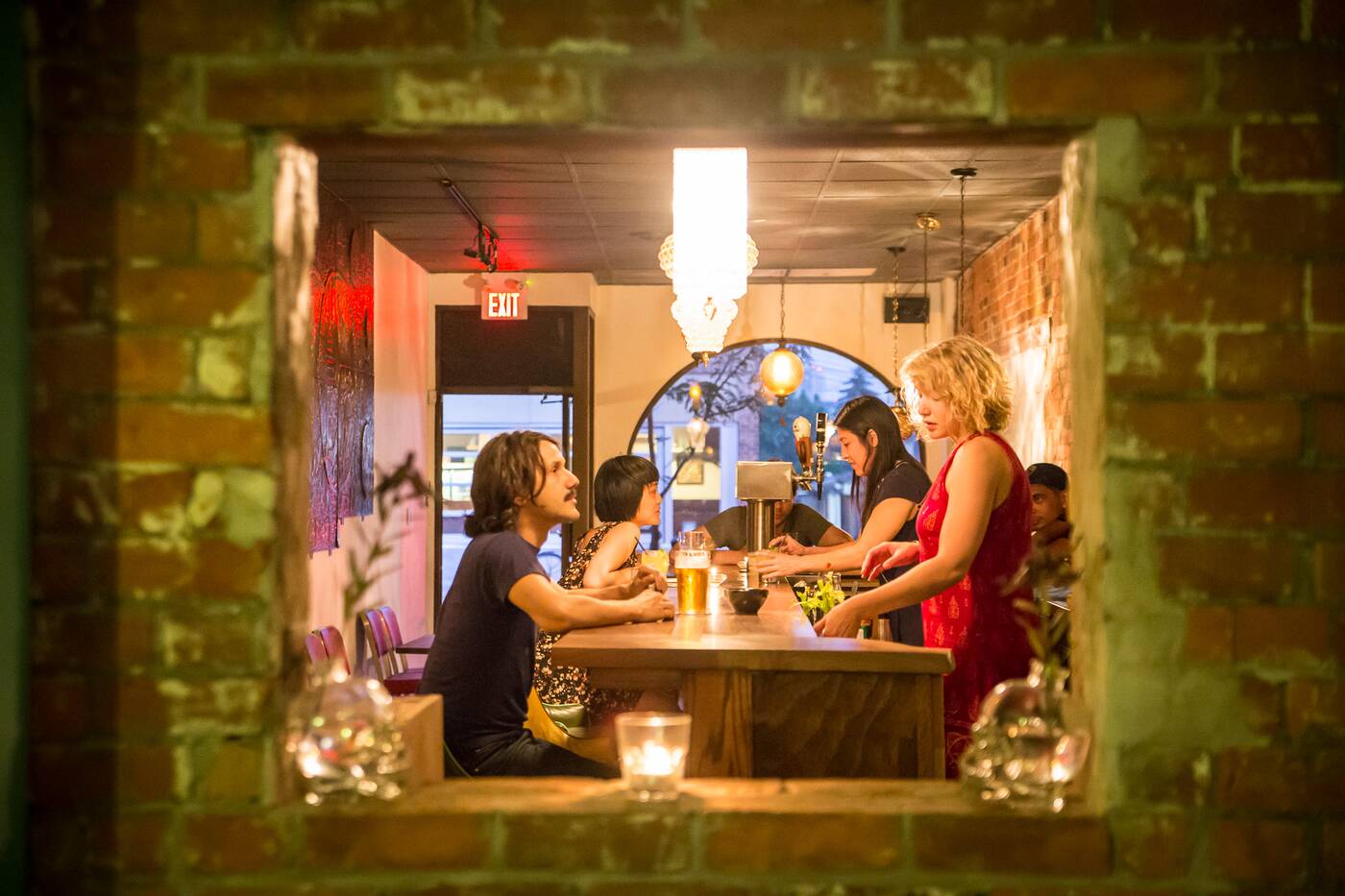 All in all, this is an ideal spot for a casual weekday hang, or a more amped up weekend when they host DJ nights.

Cao and Garbas, ever the fans of themes, tell me they want to have an Amateur Drinks night, featuring concoctions along the lines of Killer Kool-Aid. Yep, I can see myself becoming a regular here. 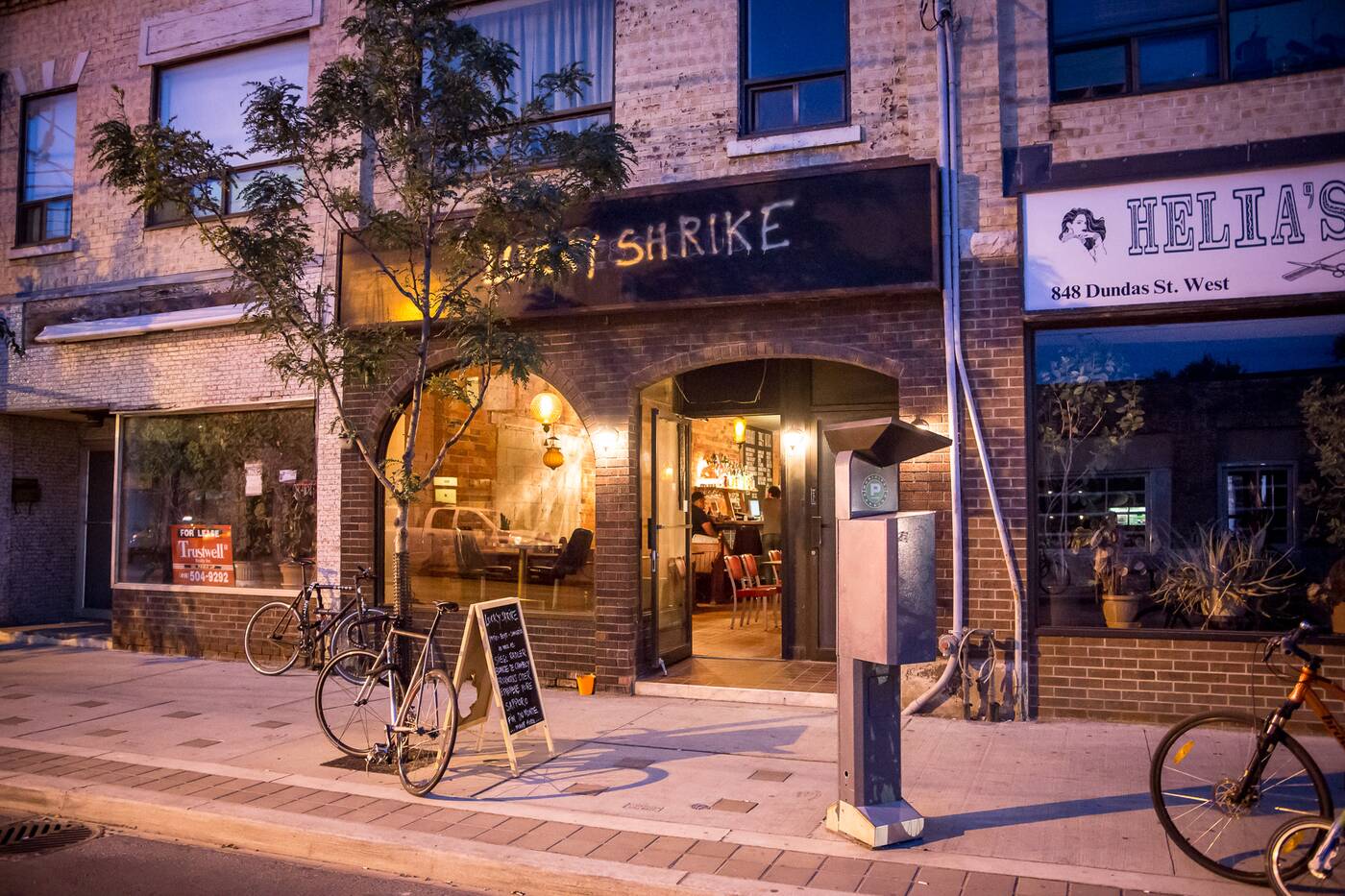