Kolors Barbershop and Lounge operates as two-in-one, a spot to get a fresh fade or jam to African house music enjoying colourful cocktails.

Kolor Brown and his wife Michelle Davis just opened this spot in Parkdale last September and say the community has been nothing but supportive since their arrival. 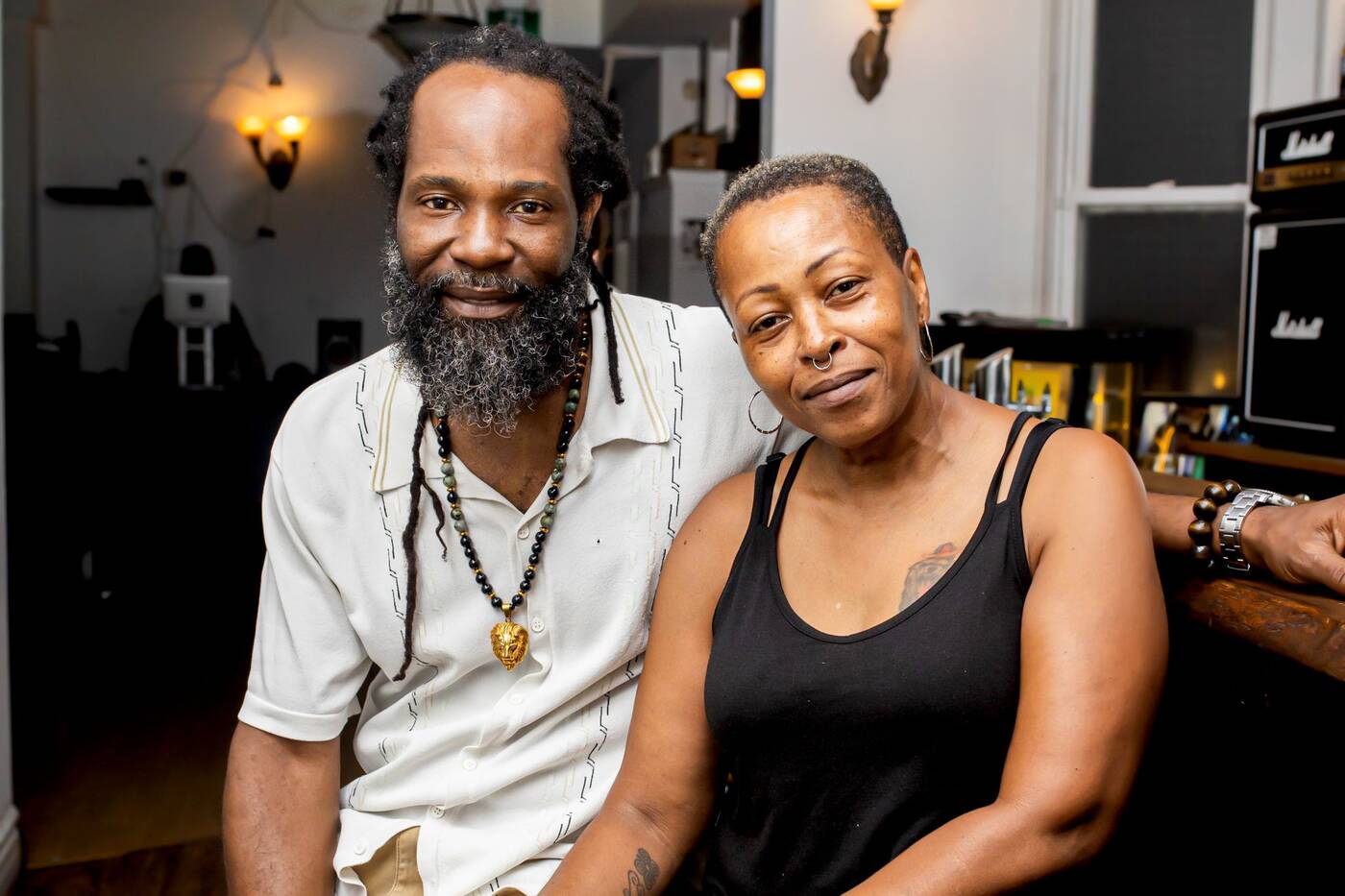 Both owners have been doing hair for decades, with Davis specializing in loc styling and Brown starting to cut hair at the age of 12.

The dynamic duo says their shop fills a need on the block, a space for Black men to get a proper haircut, where otherwise nothing exists on Queen West, between Lansdowne and Roncesvalles. 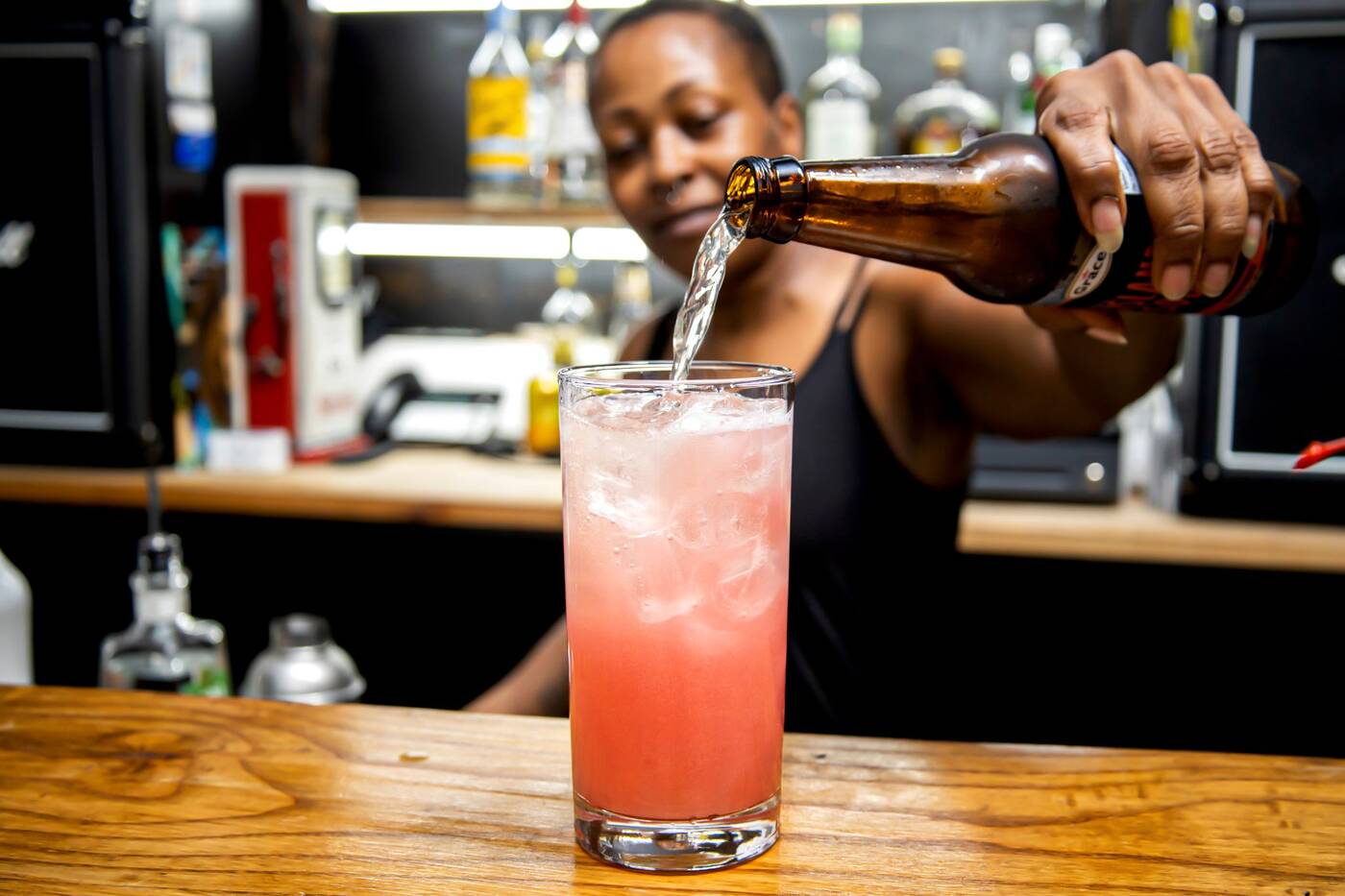 In his long career, Brown says he's always wanted to open up a shop where he could serve alcohol, and his dream came true after he took over 1612 Queen Street West. 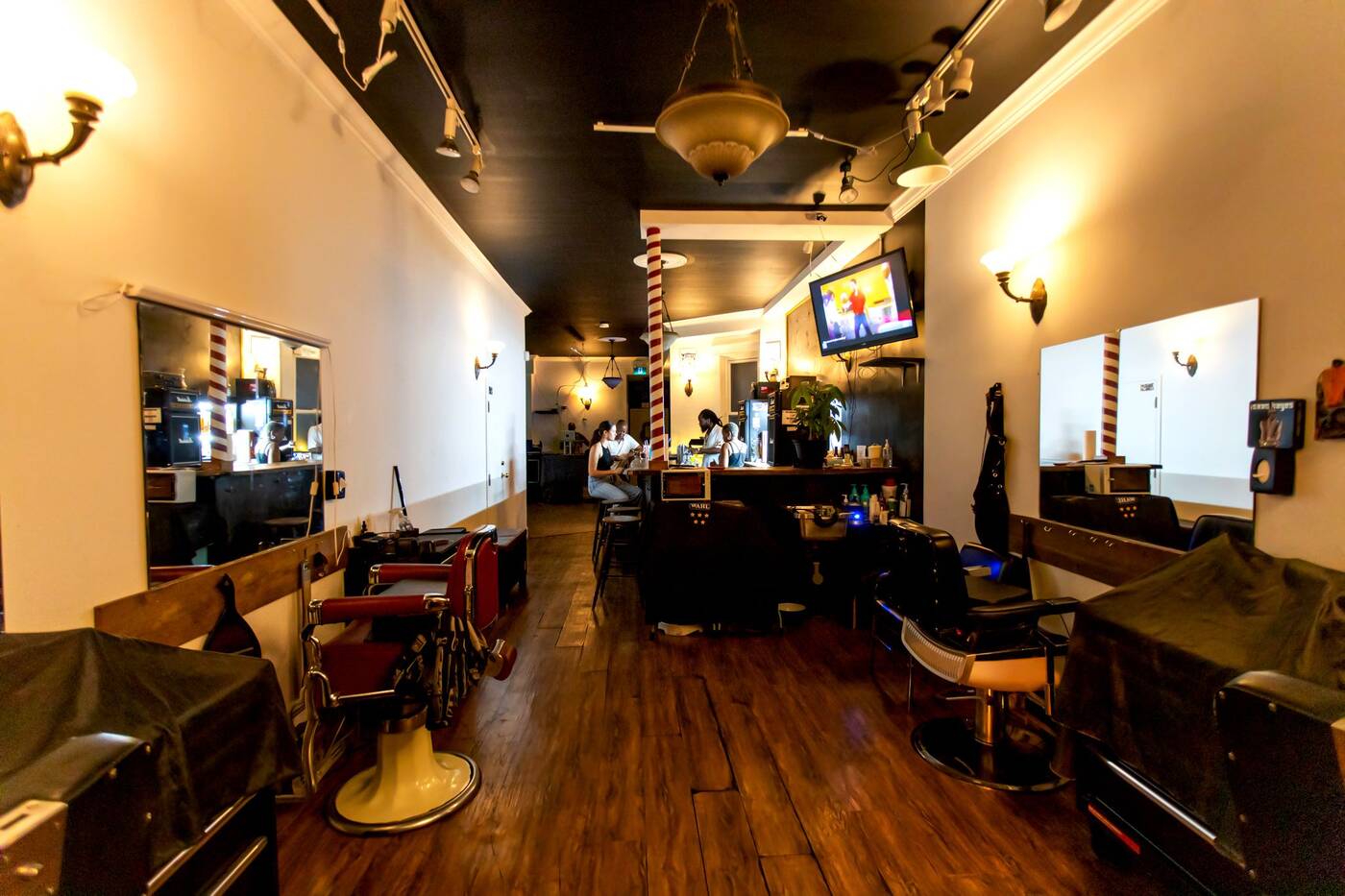 The chairs in the front of the shop are filled up during the week, but once weekend nights come, the bar in the back comes alive. 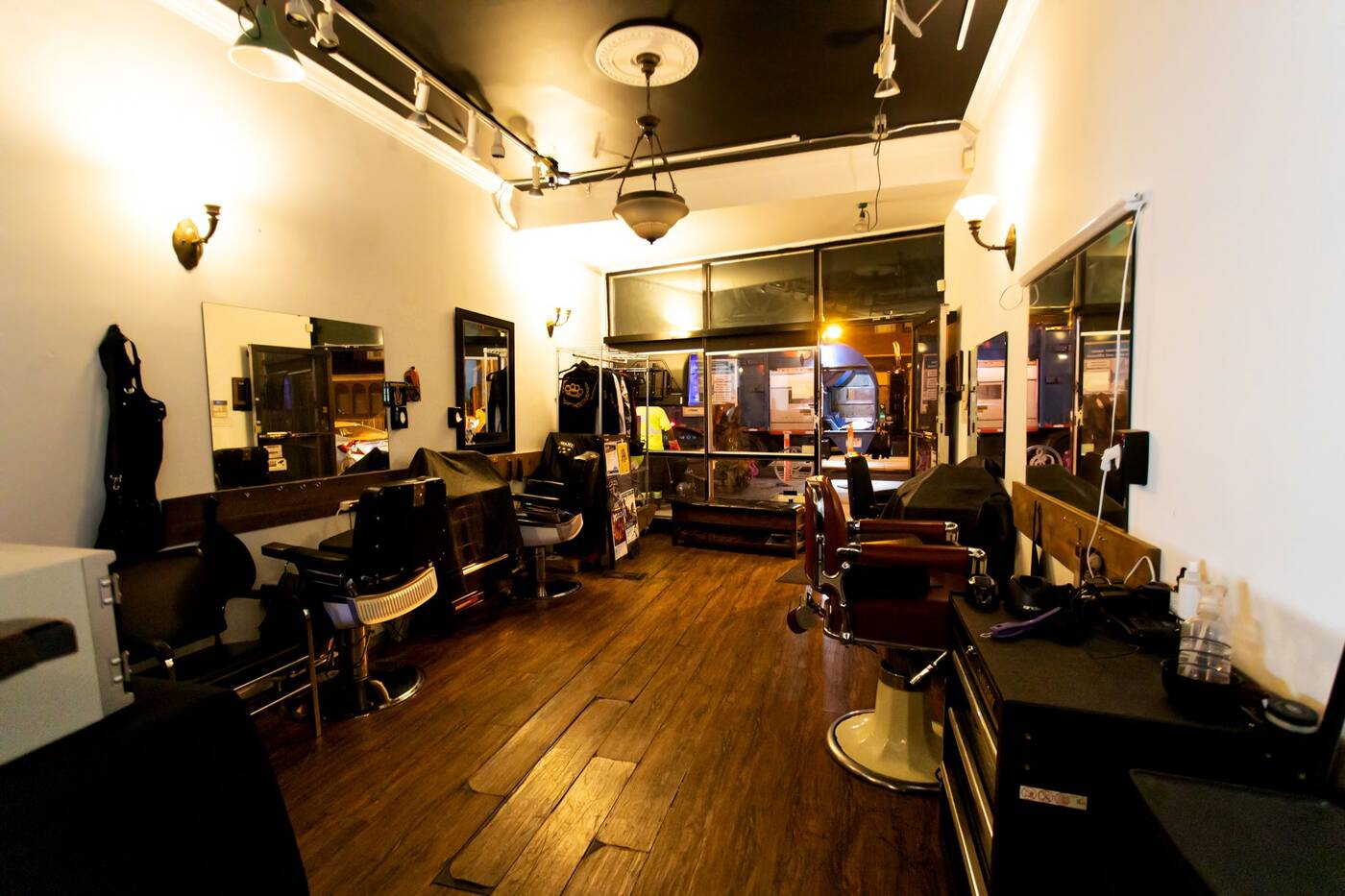 The front door is left open, inviting pedestrians to hear the beats of Amapiano vibrating all the way down the street. 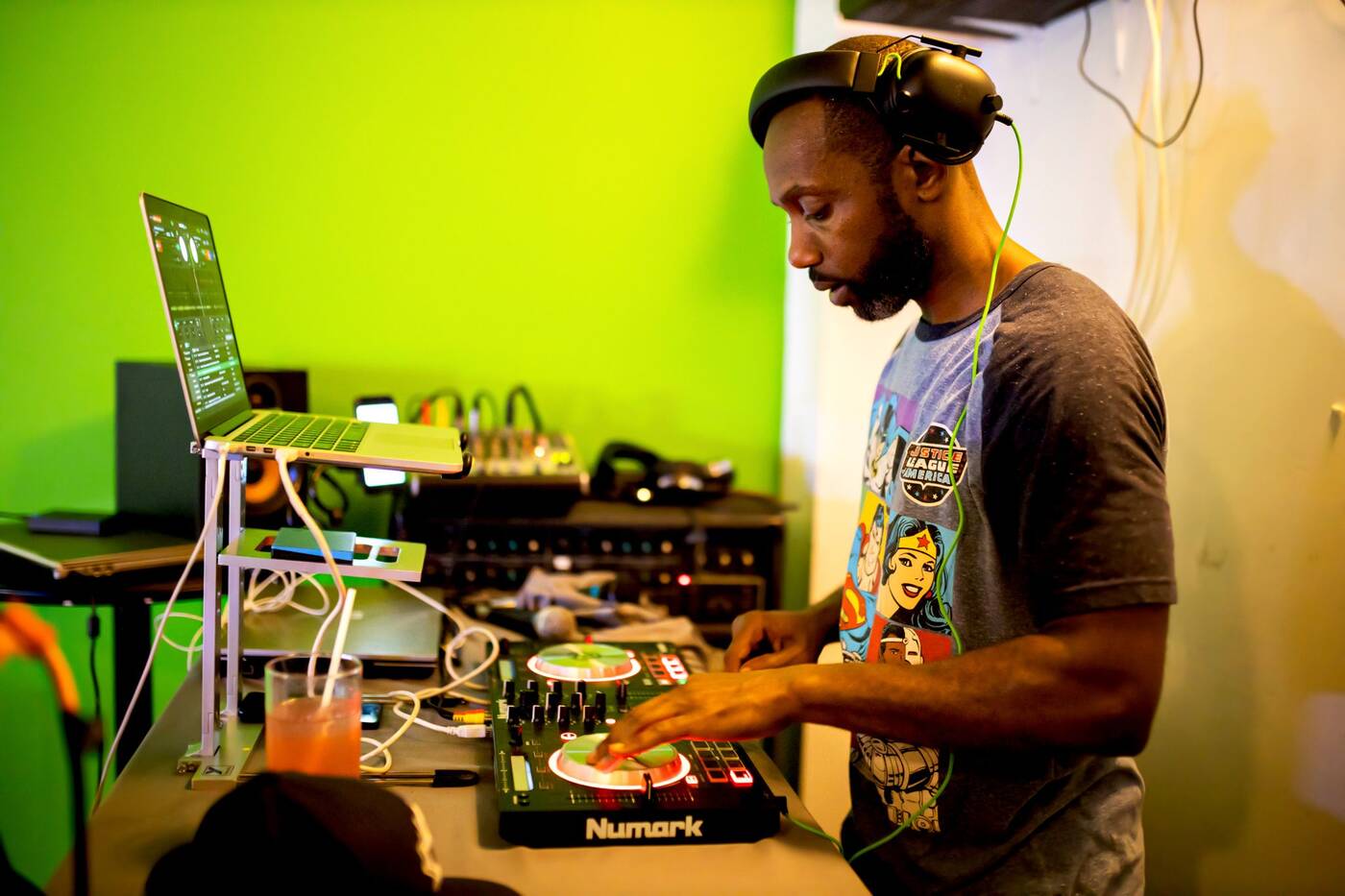 For those who don't know, Amapiano is a style of South African house music, recently brought into the Canadian mainstream through songs such as Sungba by Asaka featuring Burna Boy. 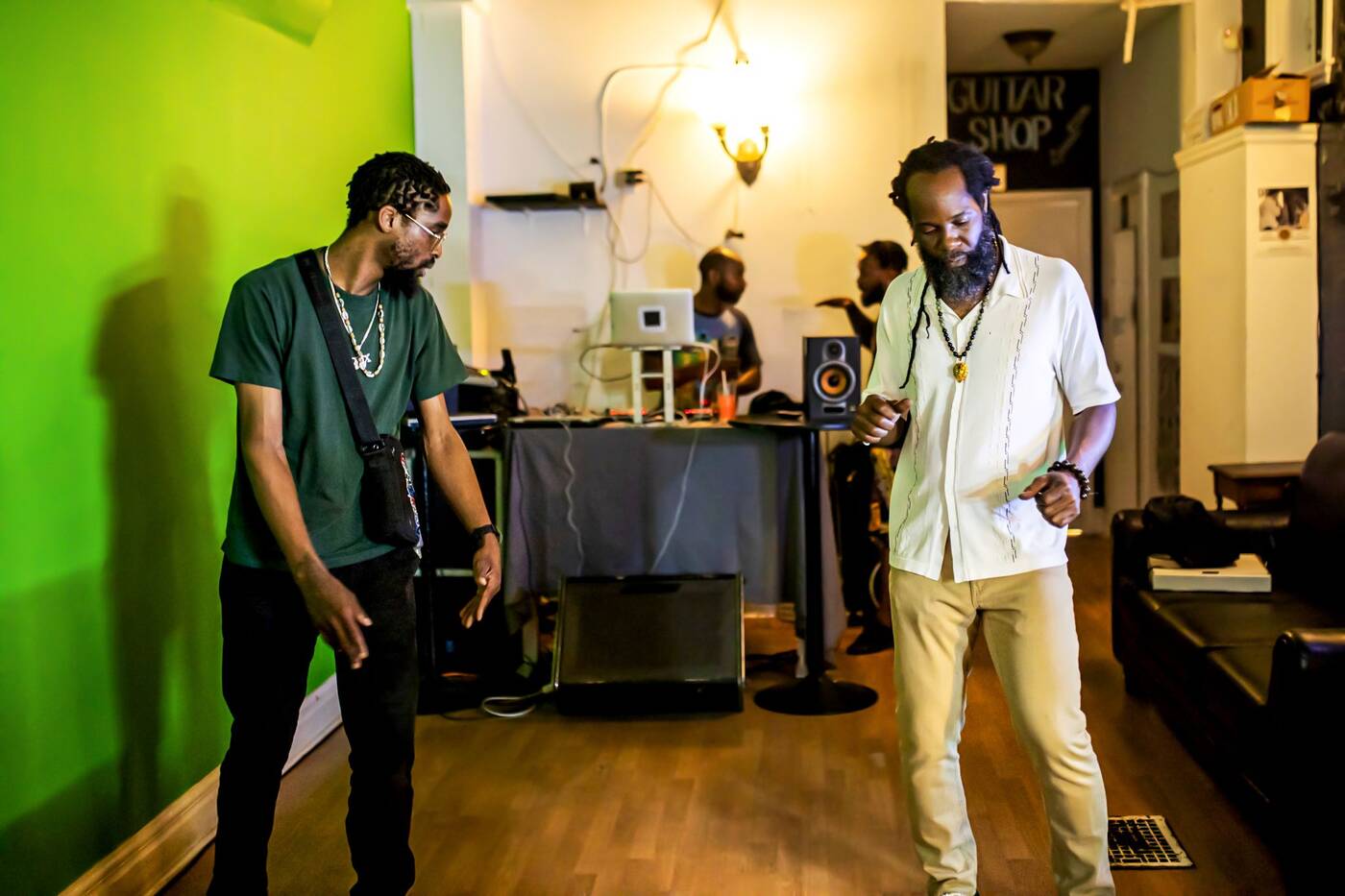 A DJ booth and a mini dance floor keep the party going at Kolors during Friday evenings with Saturdays being saved for special events like film screenings and album release parties. 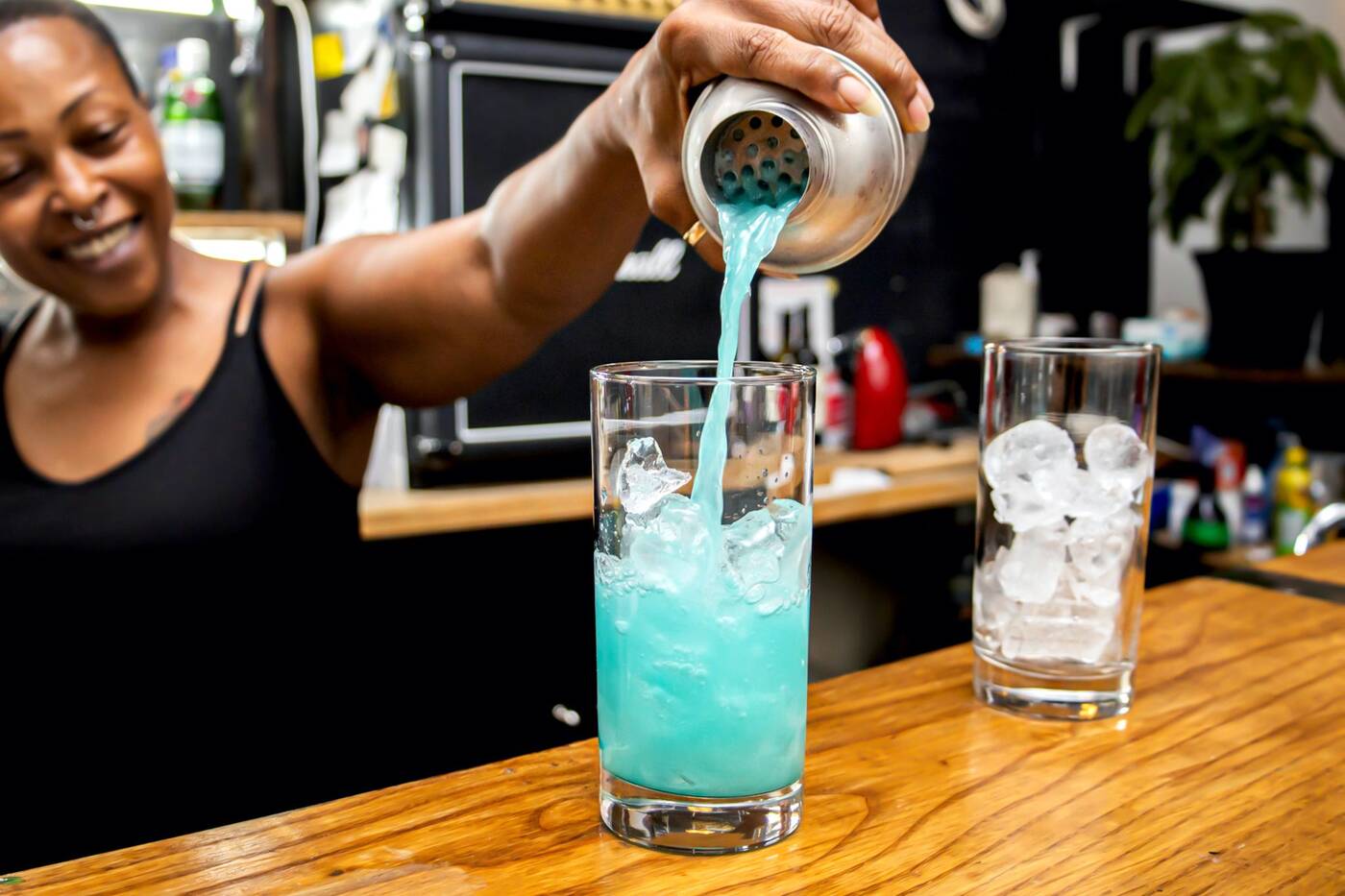 Onto the drink menu here, Davis whips up some deliciously vibrant cocktails that will make your Instagram pop. 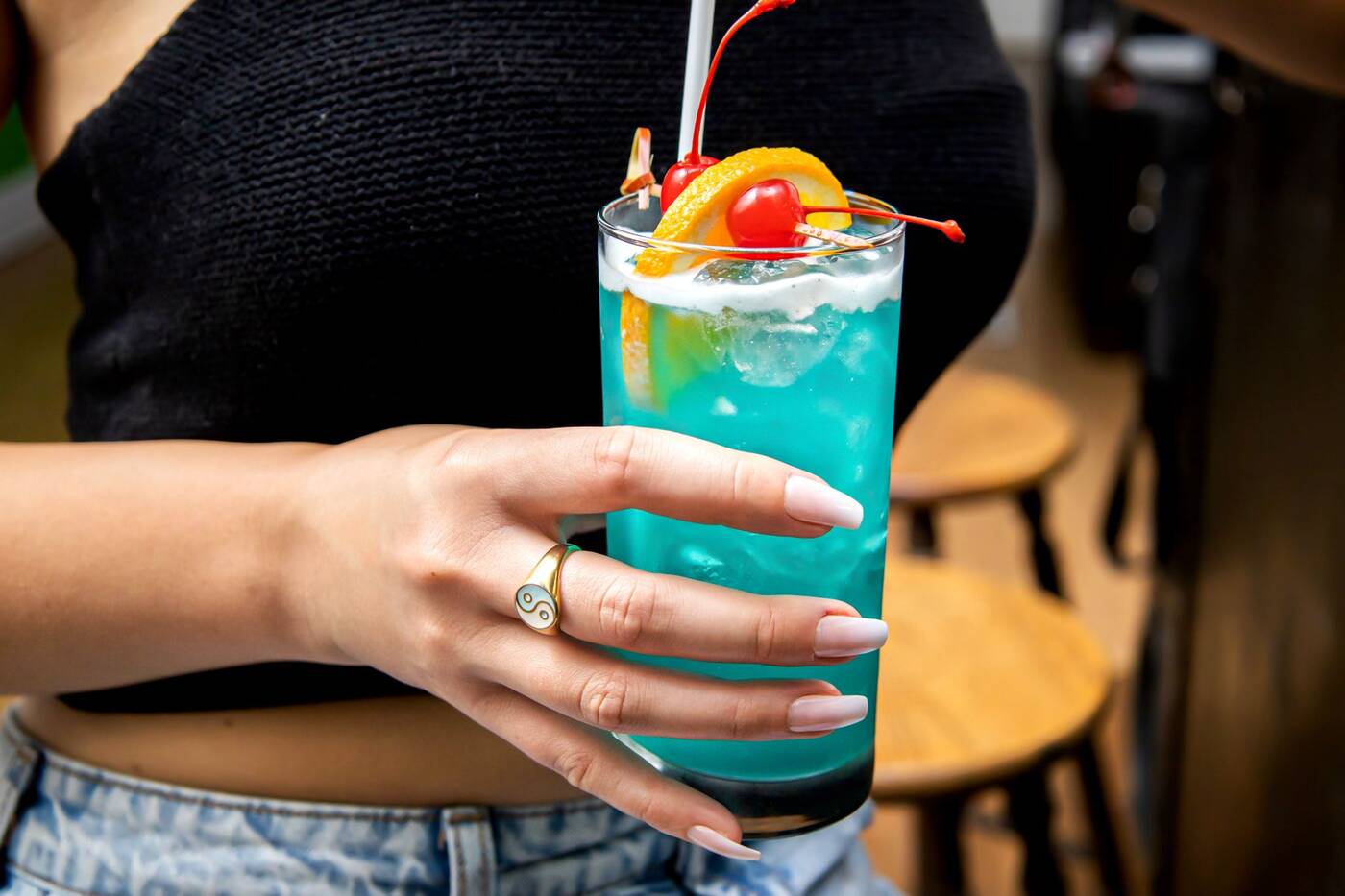 So Gone ($12.00) has a blend of Malibu rum, Blue Curacao, pineapple juice, and a "secret ingredient" but try asking the bartender and maybe they'll tell you what that is. 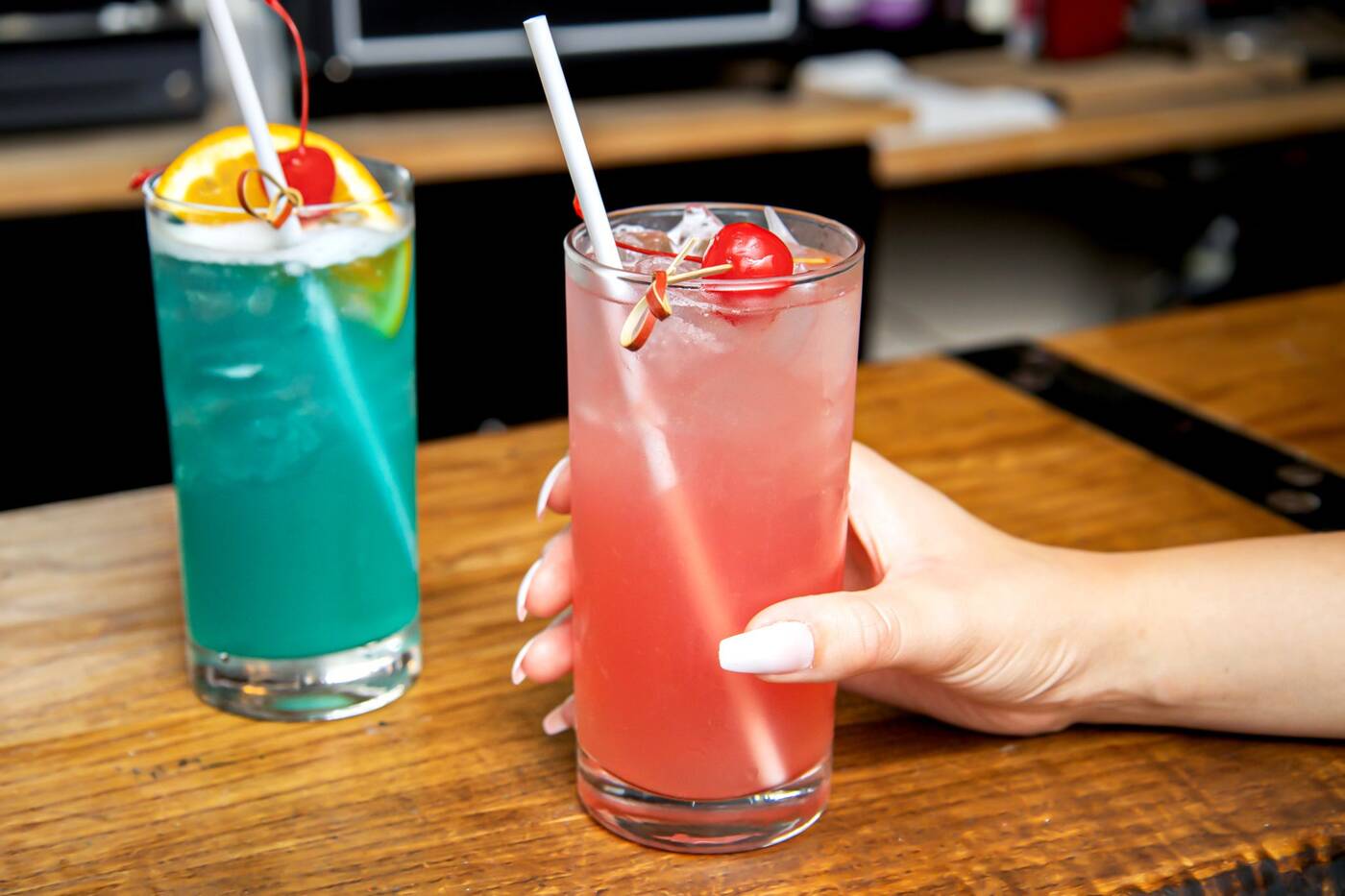 The Small Island cocktail is another rum-based drink but instead uses the Tropical Island brand, combining Malibu as well, Raspberry Sour Puss and topped with Sprite. Sweet and refreshing for sipping on a hot summer night. 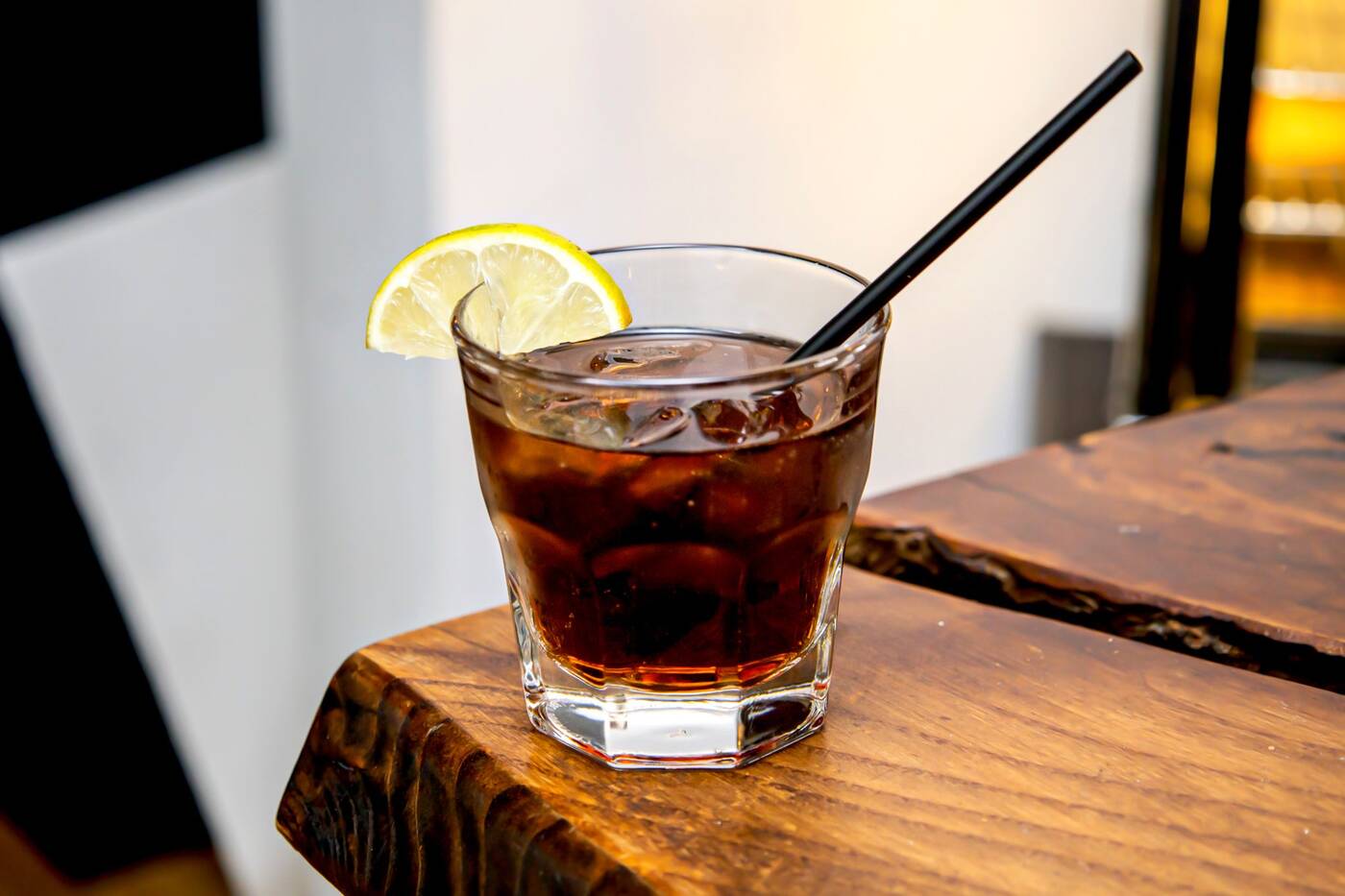 Aside from their cool cocktails, Kolors also offers any basic mixed drink and classic beers like Heineken, ranging in price from $7.00 to $9.00. 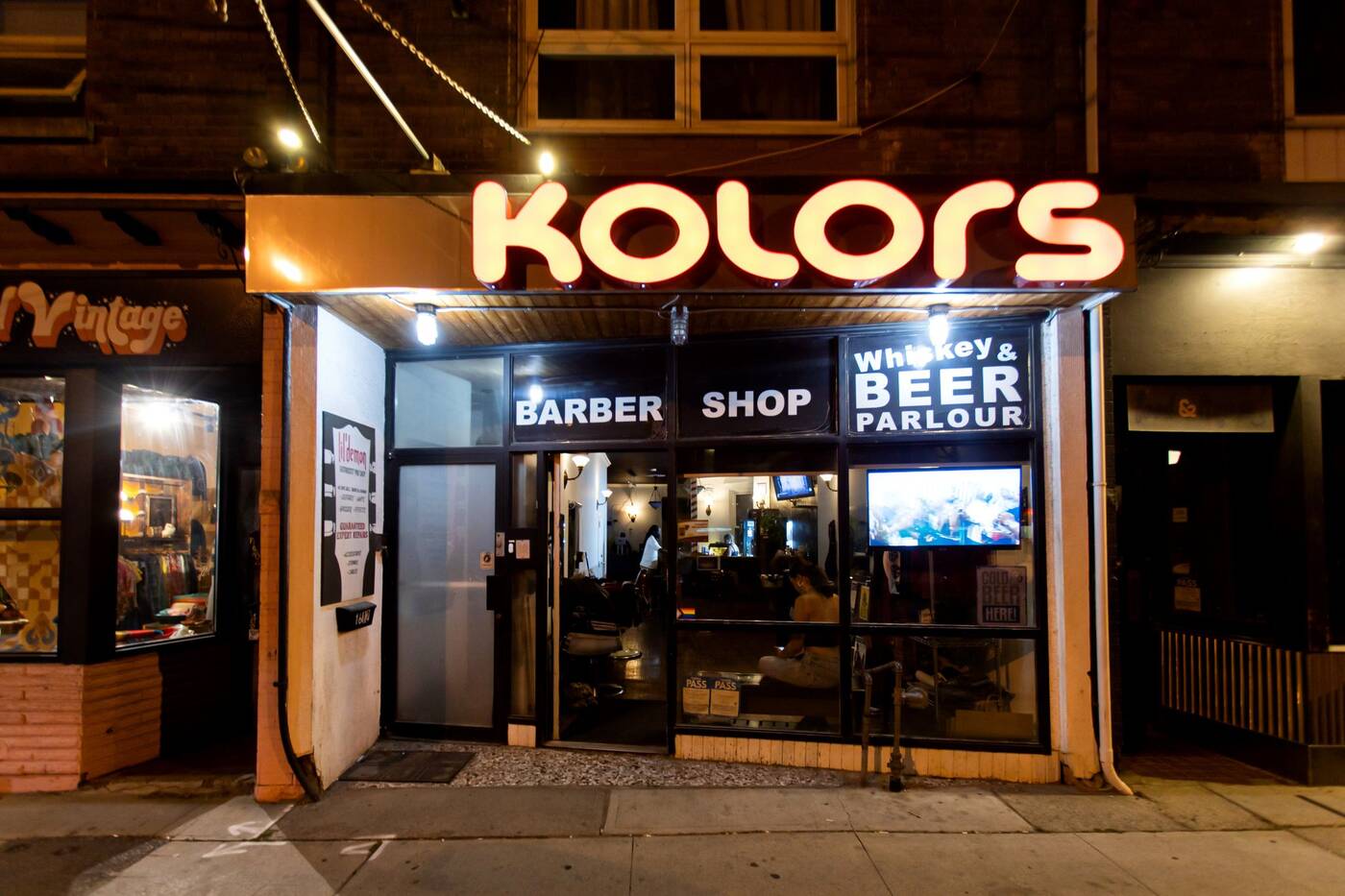 Keep an eye out for Kolors' big, bright sign and a screen playing re-runs of Soul Train near Queen Street West and Sorauren Avenue.