Grossman’s Tavern has been a part of Toronto’s history for decades.

Opening in 1943, it's one of the city’s longest-running live music venues, mostly known for being home to blues as well as bluegrass, roots, folk, jazz and rock. There’s still live music here every single night. 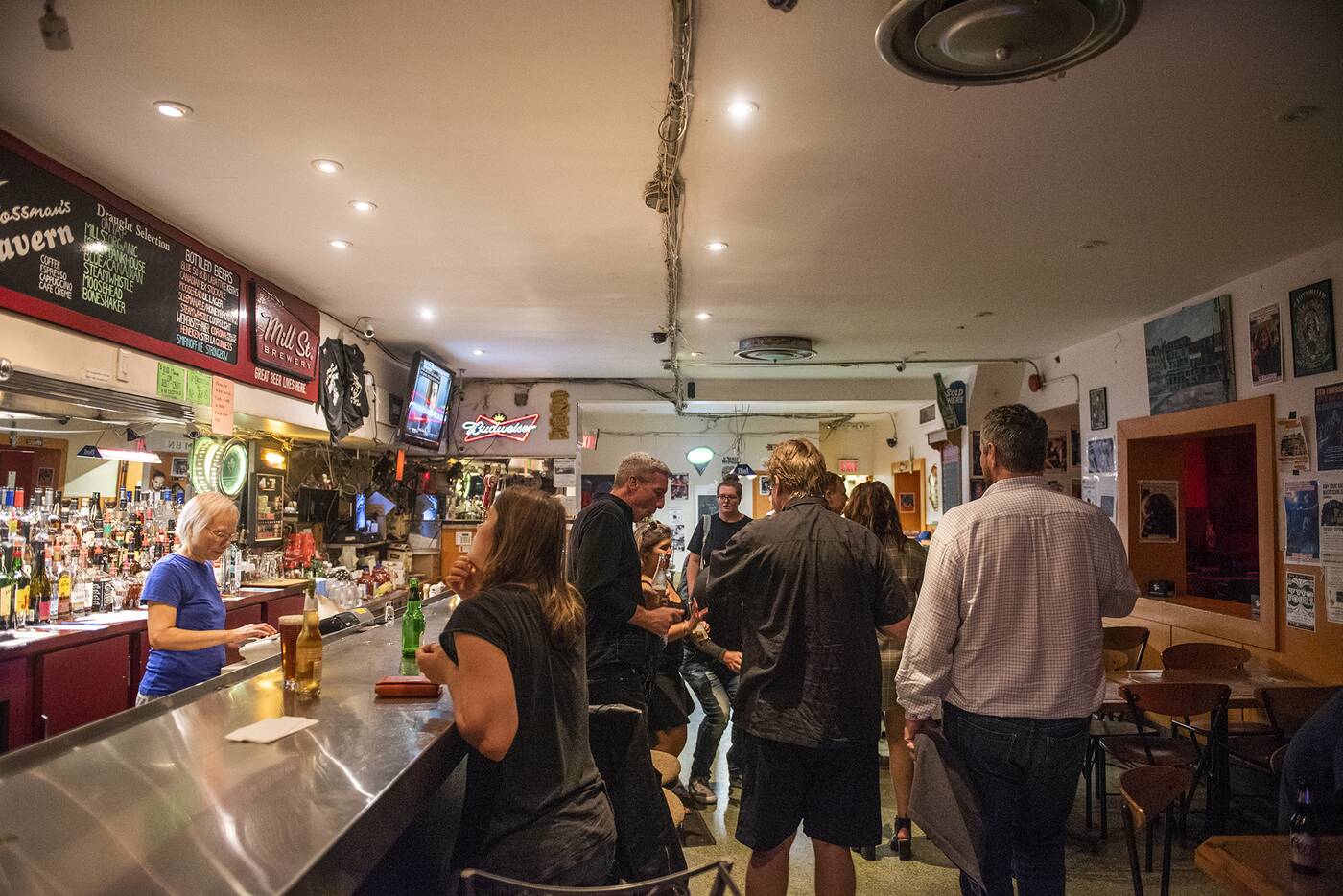 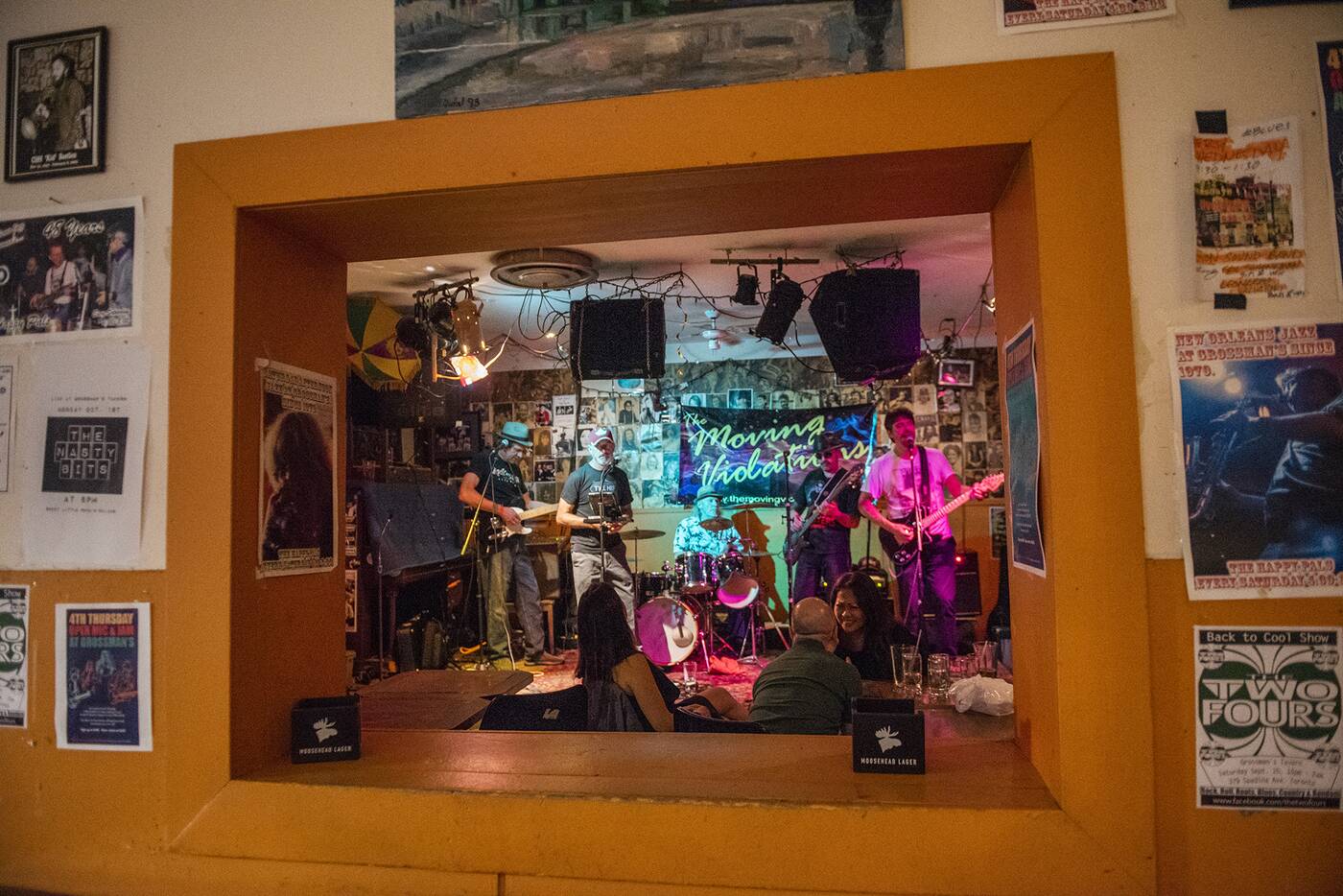 The space is oddly bisected with large pillars dividing a brightly-lit front bar area, with worn couches and a pool table at the back, from a dimmer space cluttered with tables in front of the stage. 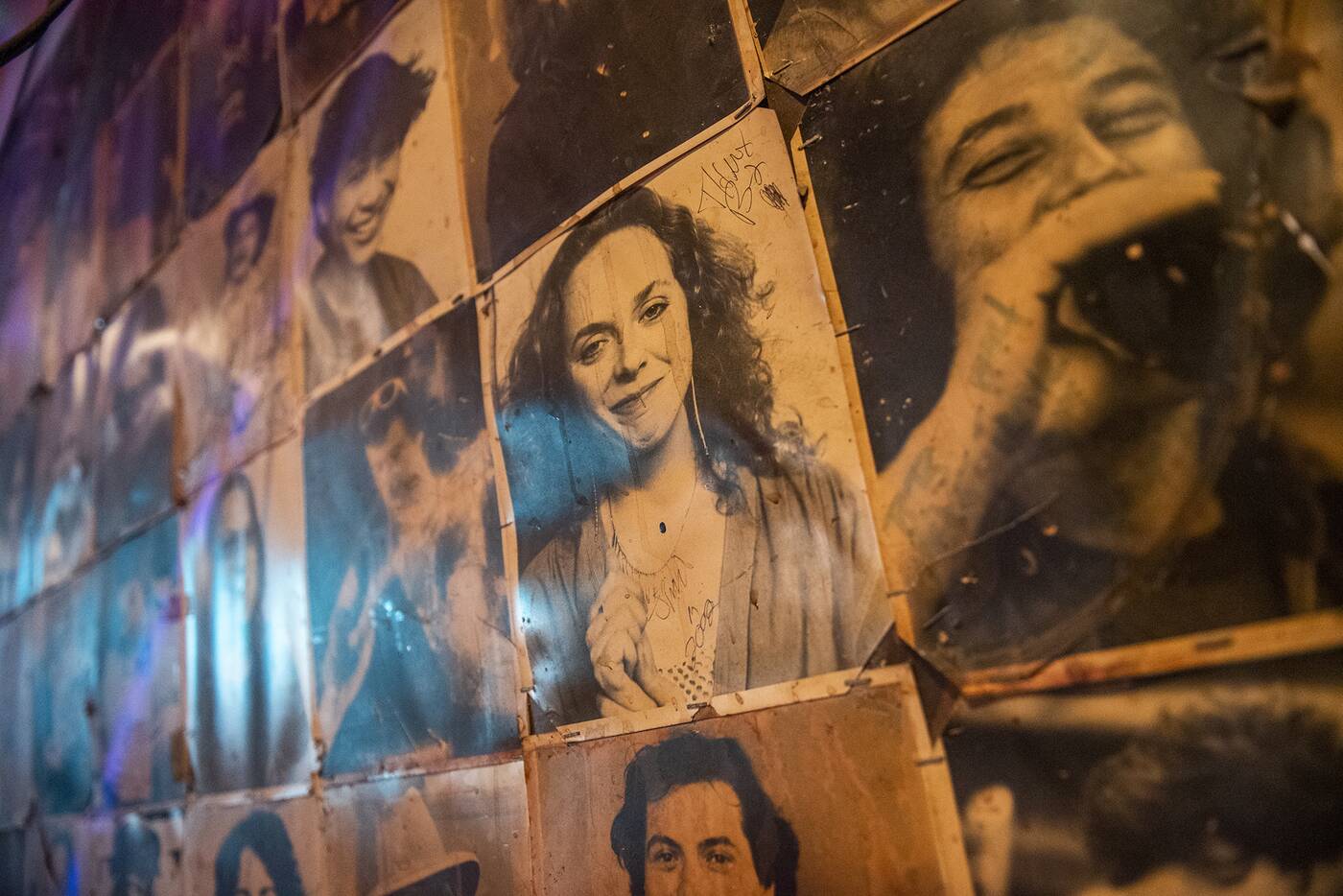 It’s easy to forget about all that though, by getting lost in the fading photos of past performers and regulars that paper the walls. 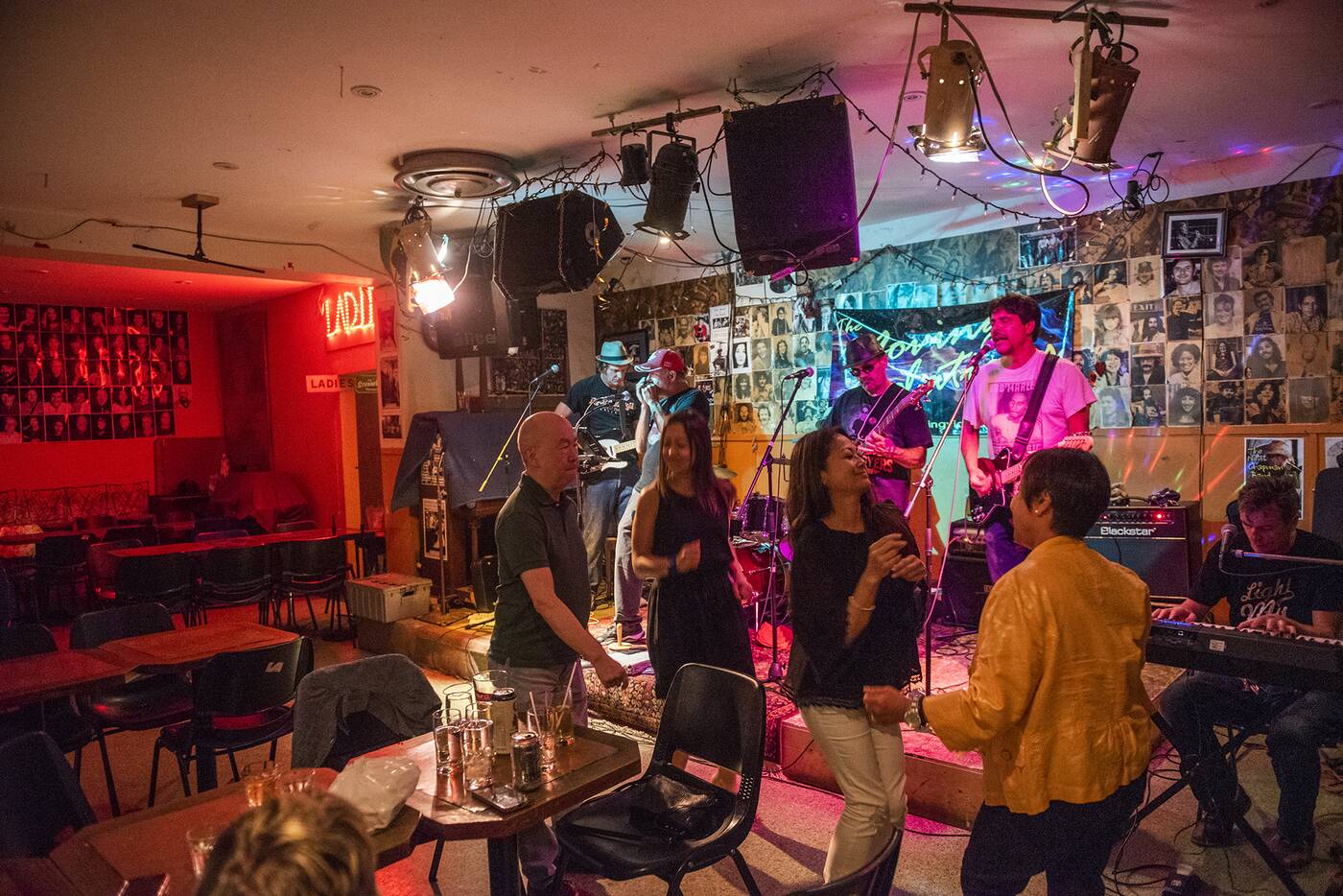 A schedule of performances on the official Grossman’s site is adhered to loosely. This is a place to drink, hang, and dance when the mood strikes, not see specific bands at rigid set times. 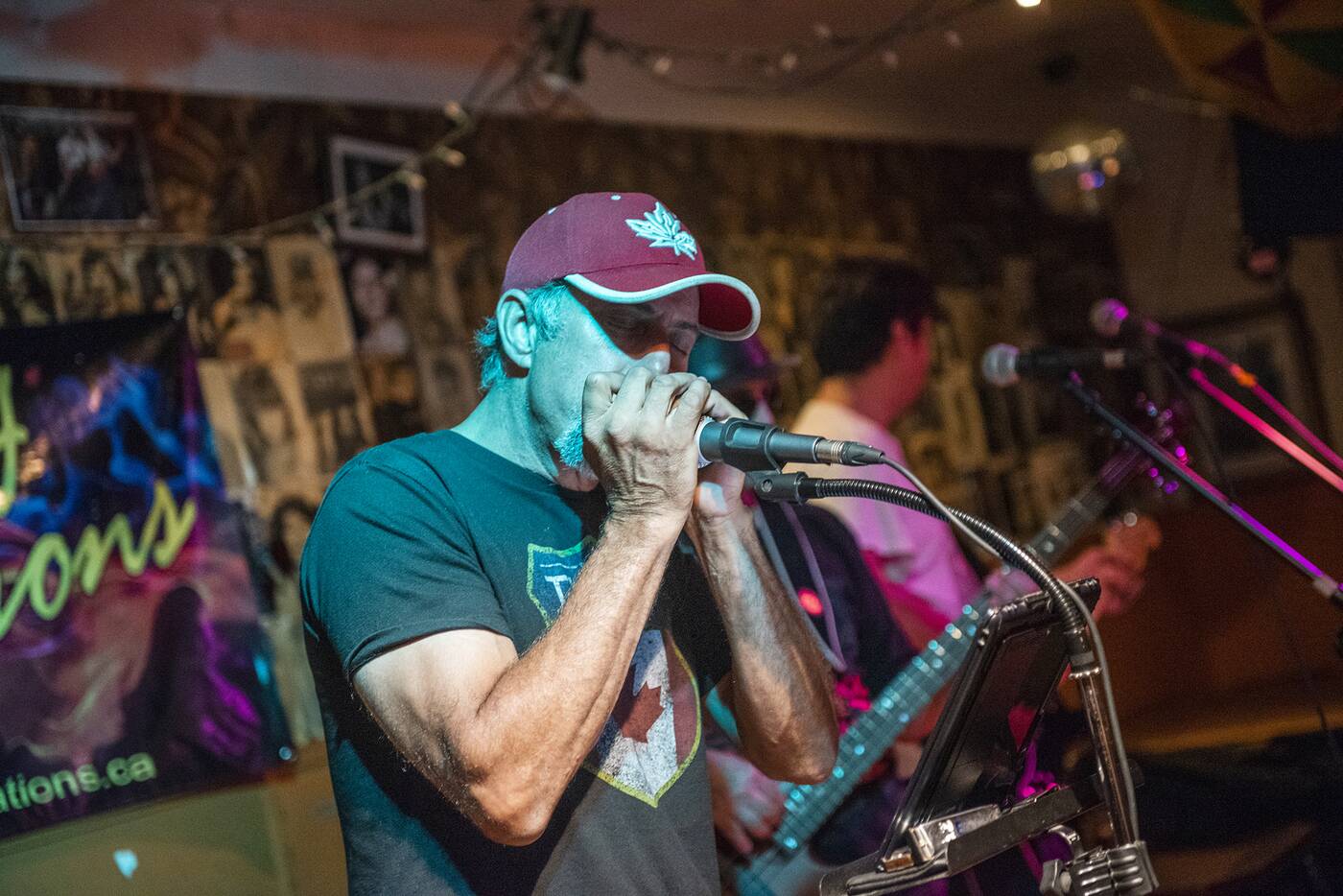 A performance by The Moving Violations (try coming up with a more undeniably Torontonian band name) was slated to start at 10 p.m., but actually started at 8 p.m. with a break at 10. 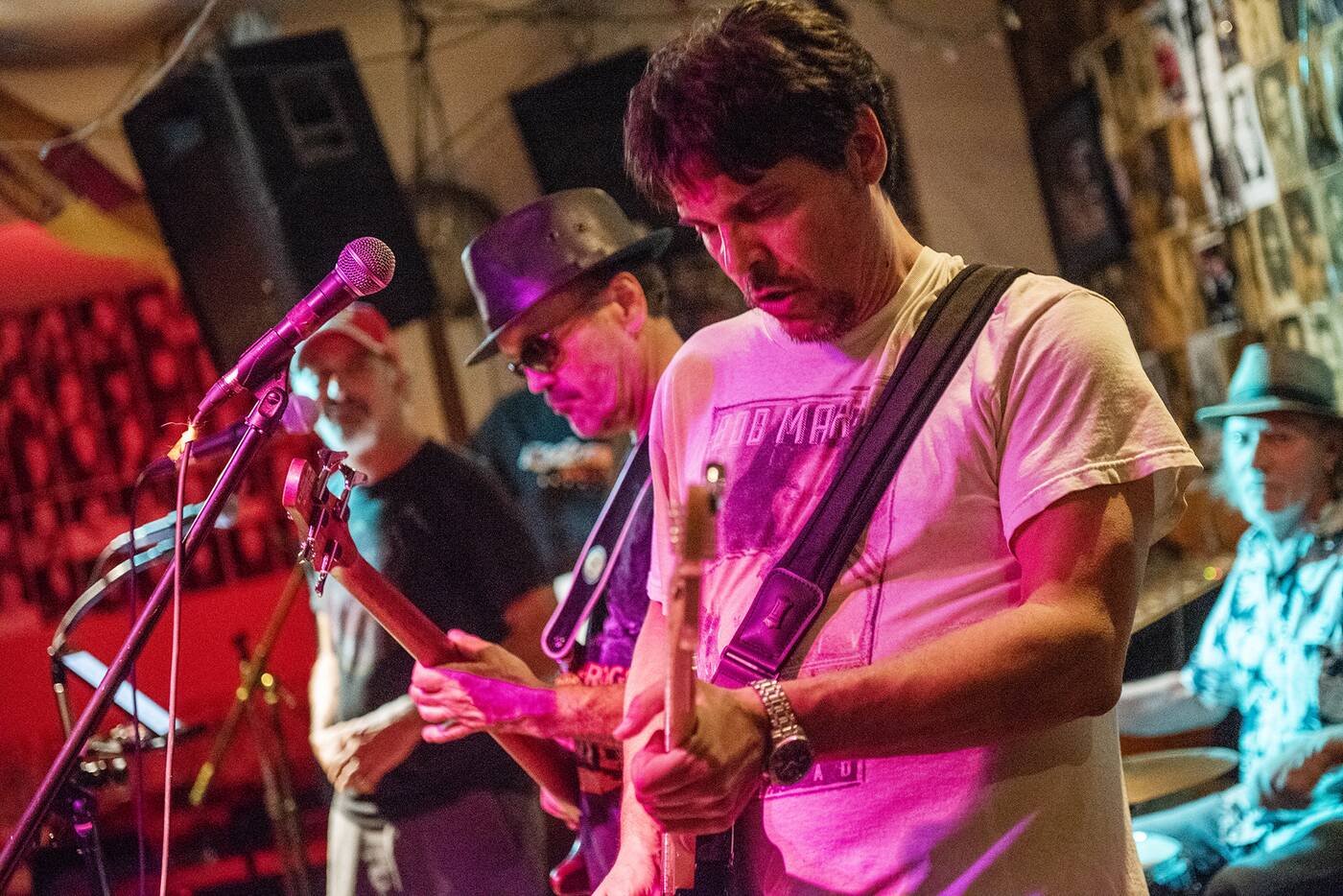 The band mostly performs covers of classic rock standards, like Van Morrison’s Into the Mystic complete with the signature saxophone solo. 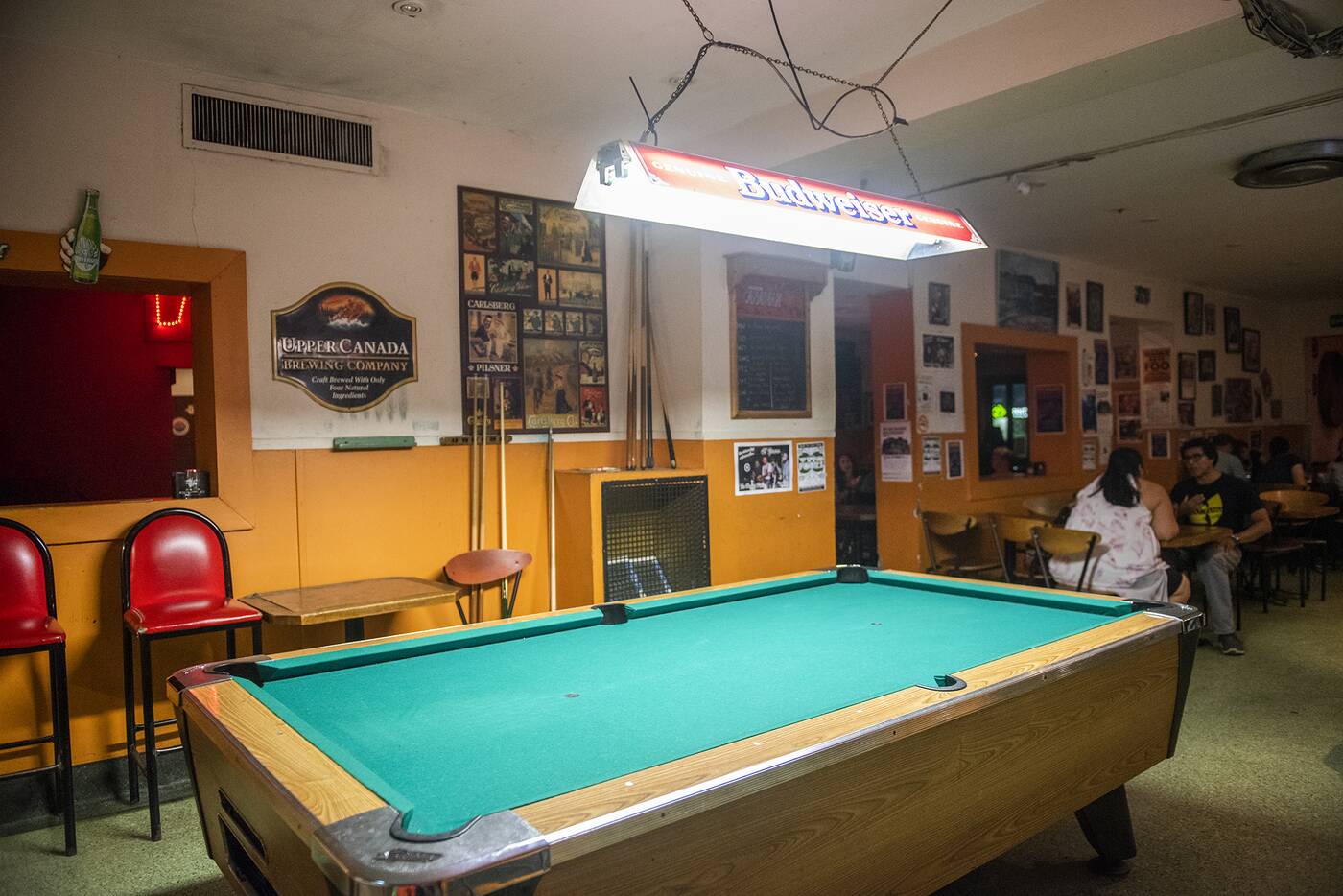 The place was actually started as a “cafeteria” by the nominal Al Grossman in 1948, but quickly became home to weekly jazz shows, attracting hippies and artists of all stripes.

There are still reliable weekly events here, including no-cover “Newly Wed-nesday” with the Action Sound Band, featuring rotating special guests like Eric Schenkman of The Spin Doctors, and the “Fourth Thursdays” open mic and jam night. 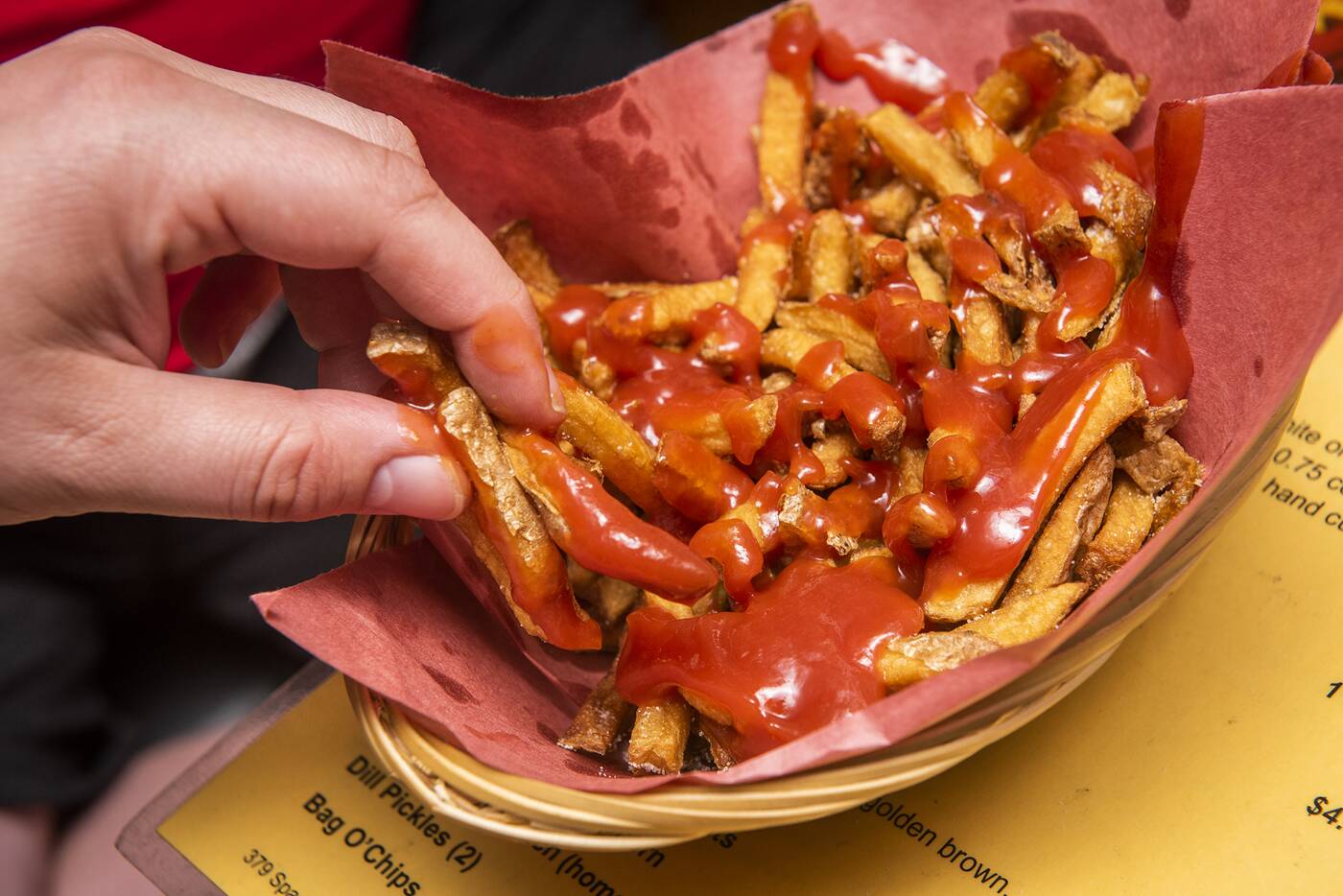 Although they’re no longer particularly known for their culinary offerings, Grossman’s does still serve cheap bar eats until 1:30 a.m.

A greasy basket o’ fries ($4) doesn't seem special but they're apparently freshly hand-cut, crispy and, most importantly, satisfying. Especially when doused in a "healthy" amount of salt and ketchup. 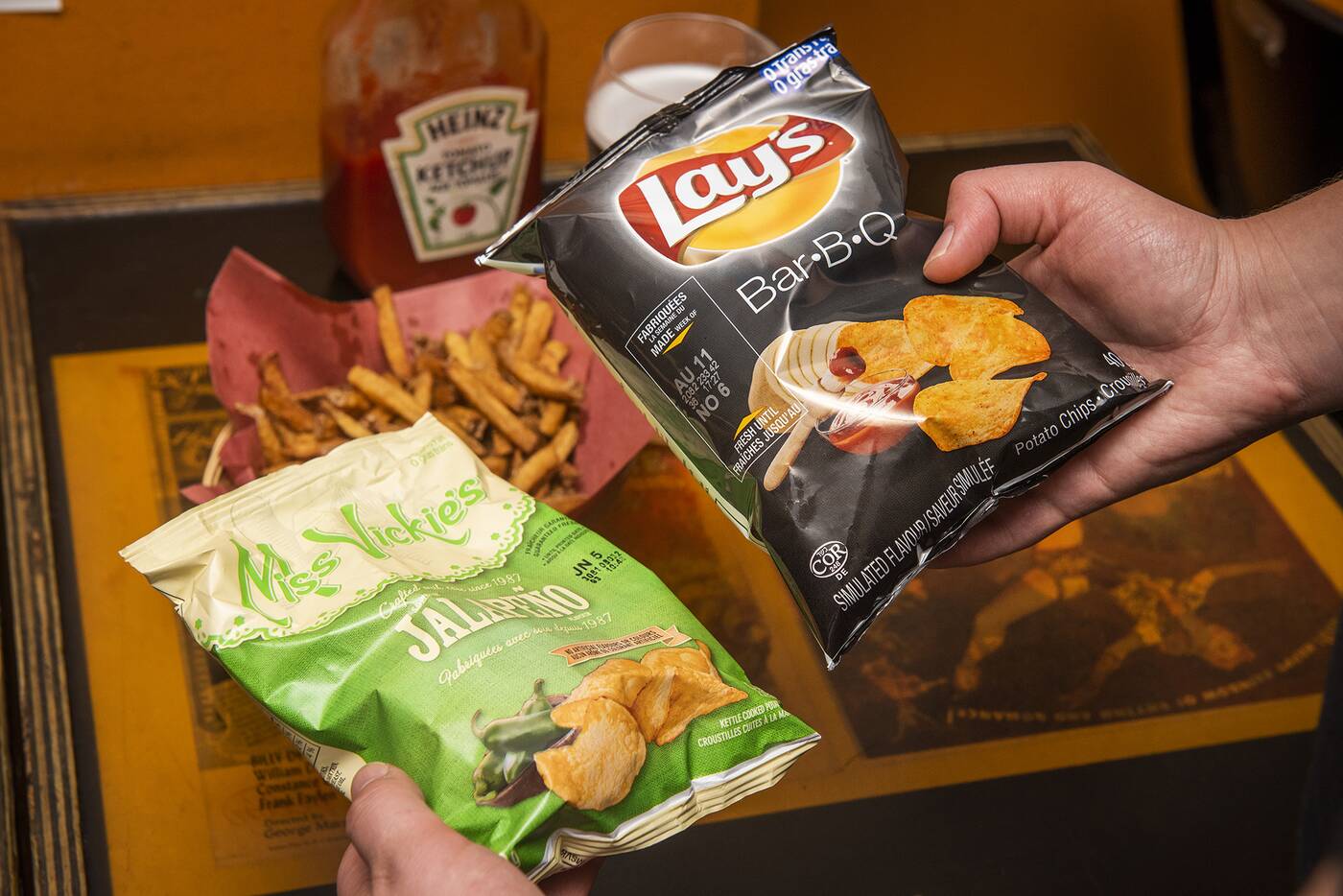 There are also regular ol' bags of chips for $1.75. A server tells me veggie egg rolls (one for $2, two for $3.50) are especially popular, so much so that they’re sold out that night. 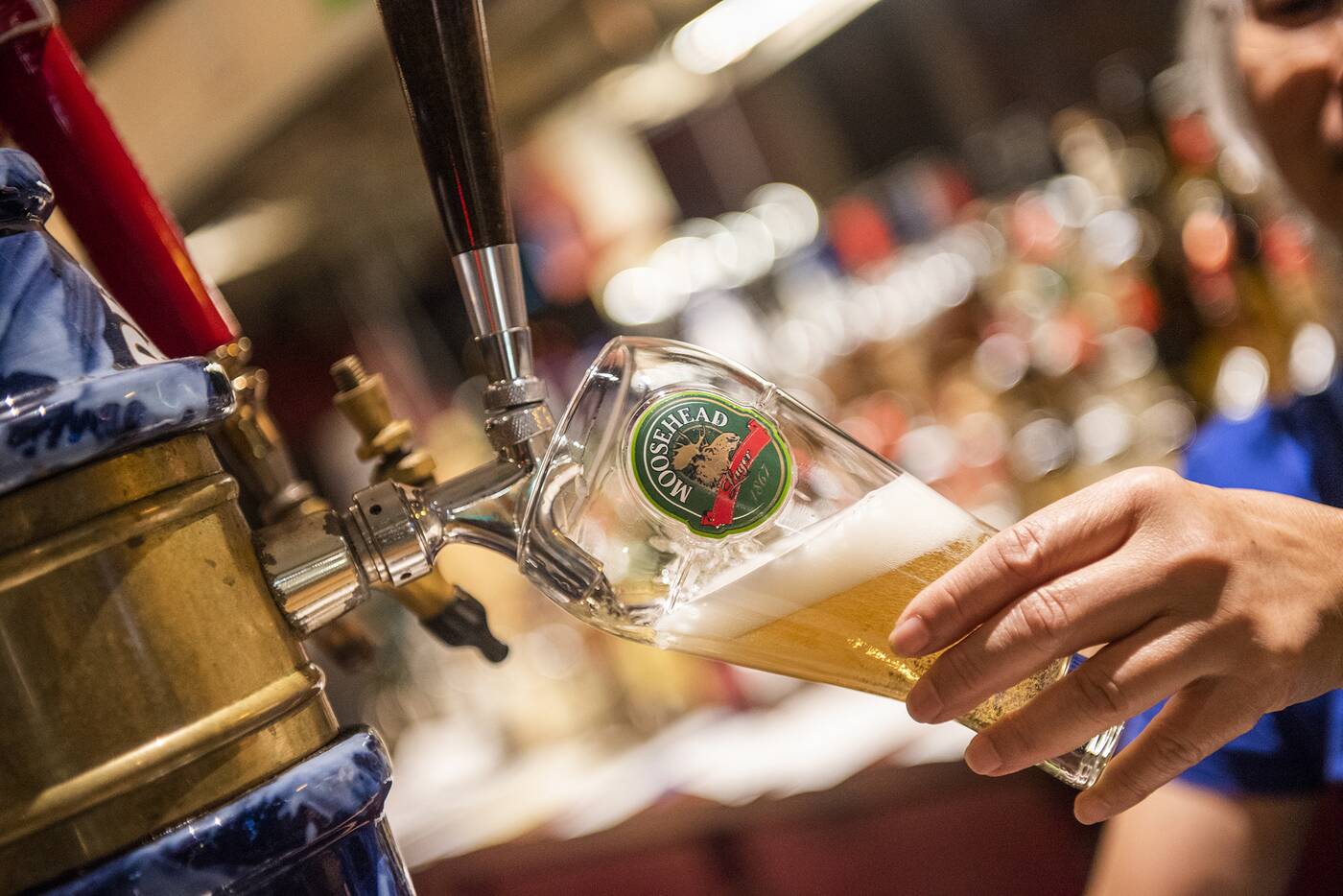 Draft beer is cheap, and comes from standard brands like Mill Street, Steamwhistle and Moosehead ($5 for a glass, $20 for a pitcher).

A sidelong patio is a good place to down that cheap beer, day or night. 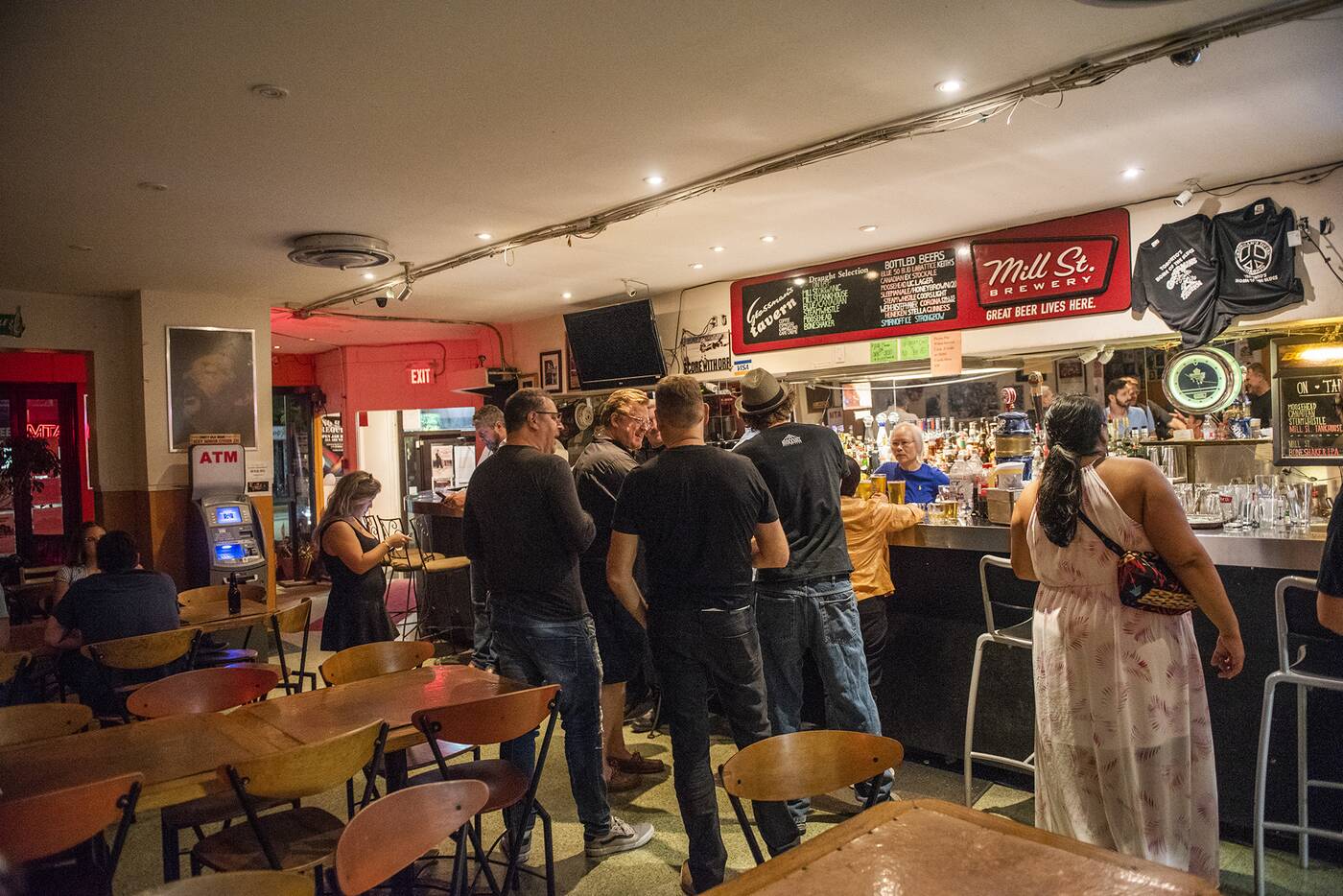 Chinese family the Louies took over Grossman’s in the 70s and have been operating it ever since. 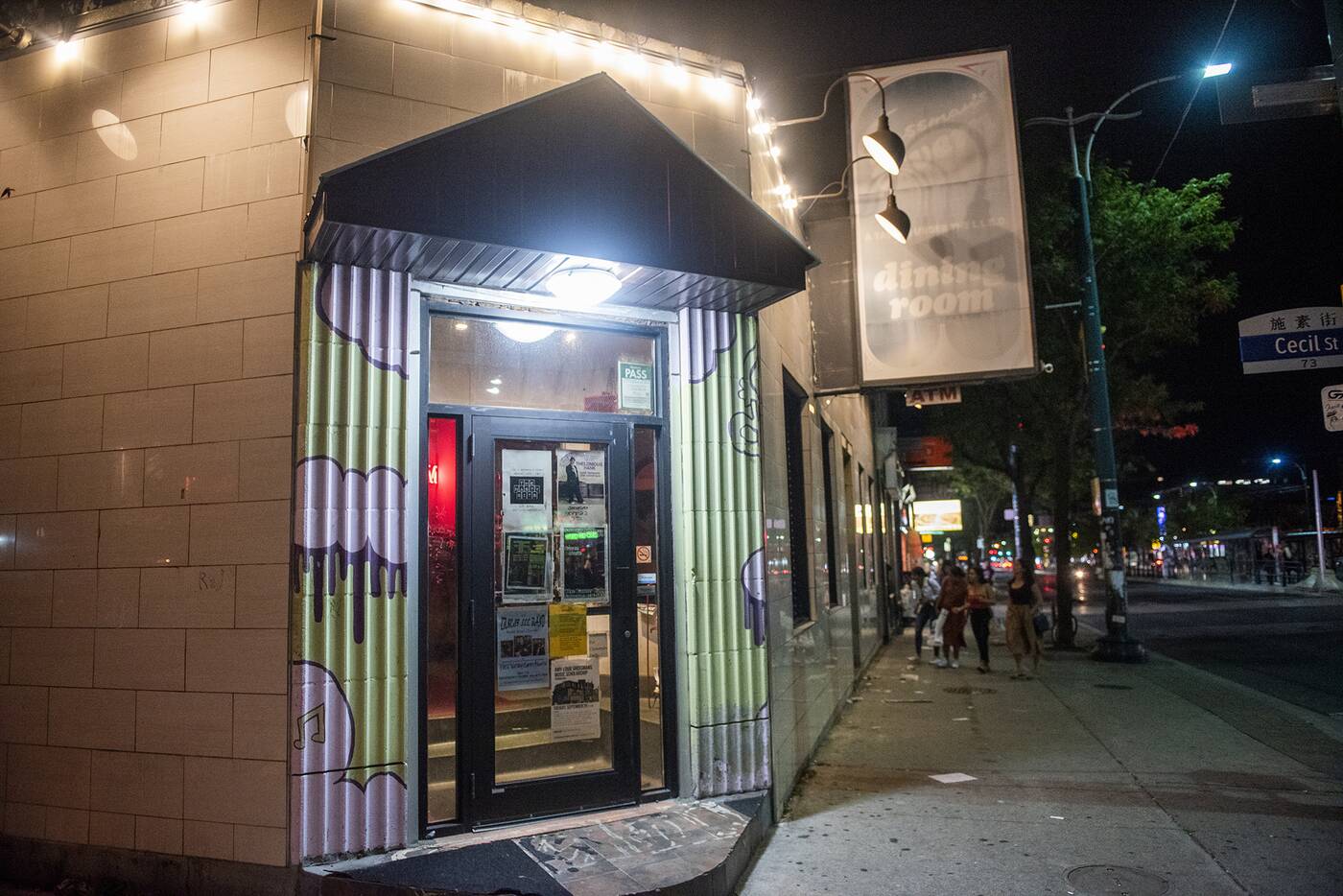 The Best Blues Bars in Toronto